Star Wars fans are living the dream these days. Besides the main storyline that continues with Episodes VII – IX, there are a slew of new series to keep us drooling.

I absolutely loved Rogue One. It was a great film all around, but the way it seamlessly fit right into the main storyline leading up to the original Star Wars movie was pure brilliance. Well, Lucasfilm is far from finished. You can expect a galaxy worth of films set in the Star Wars Universe. Next up is a Solo Star Wars film.

Board the Millennium Falcon and journey to a galaxy far, far away in SOLO: A STAR WARS STORY, an all-new adventure with the most beloved scoundrel in the galaxy. Through a series of daring escapades deep within a dark and dangerous criminal underworld, Han Solo befriends his mighty future copilot Chewbacca and meets the notorious gambler Lando Calrissian, in a journey that will set the course of one of the Star Wars saga’s most unlikely heroes.

You can pretty much expect a total non-stop adventure from this one. For some reason it feels more like a buddy film meets a western than a hi-tech sci-fi adventure. And that’s exactly where Han Solo is most comfy. Take a look at the first official trailer for the Solo Star Wars movie:

While I know how Han Solo’s story ends, I really don’t know much about his beginnings. From other Star Wars films I know he and Chewbacca have been buddies for a long time. Han used to be friends with Lando and even won the Millennium Falcon from him in a poker game. He owes Jabba the Hutt a ton of money for dumping his cargo in order to escape the Imperials. And… well, that’s about it. A Solo Star Wars movie is apparently just what the doctor ordered.

Not much else has been revealed yet about Solo, other than these super slick movie posters of the main characters: 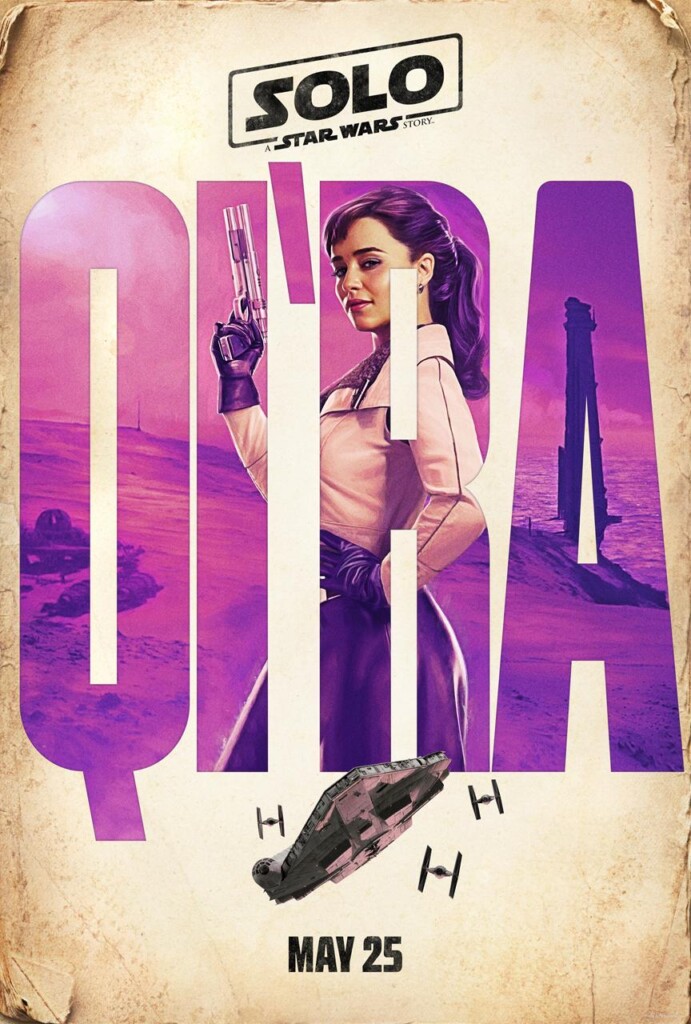 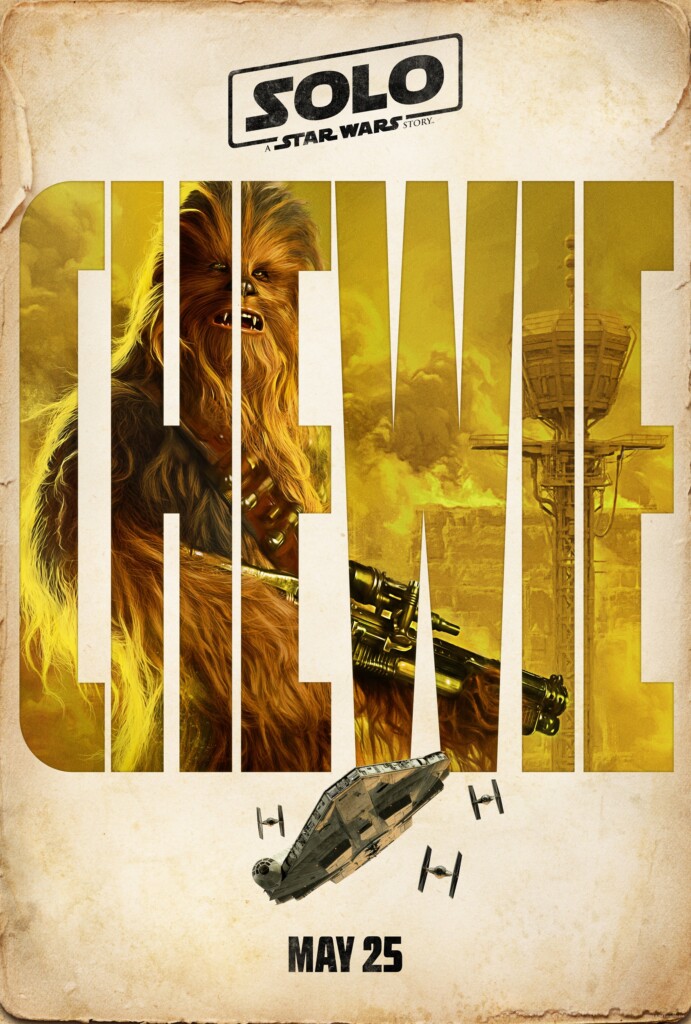 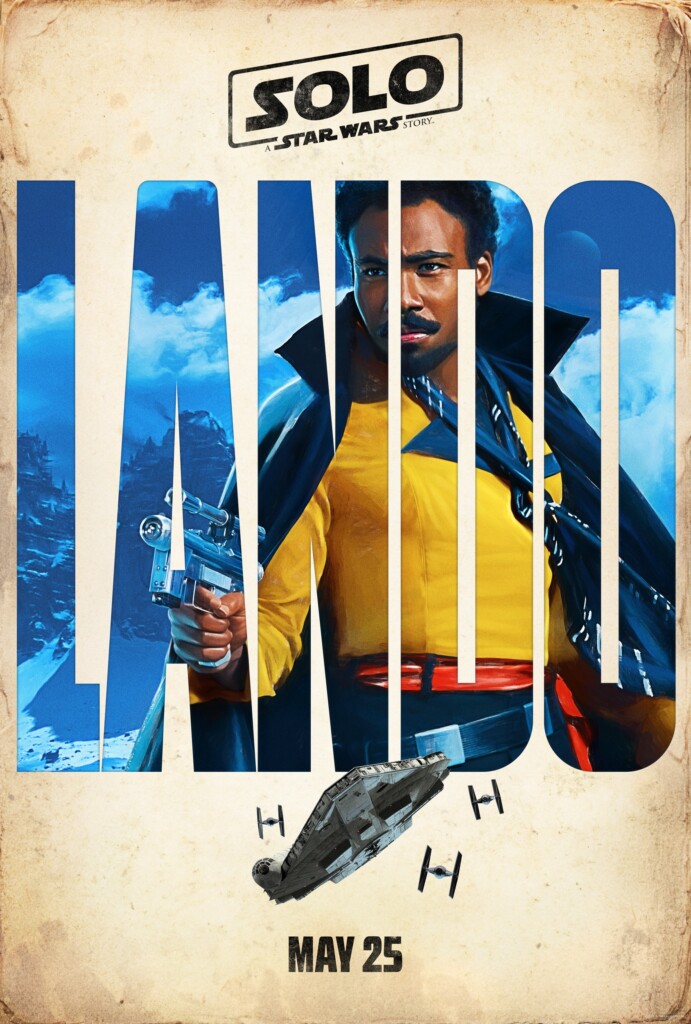 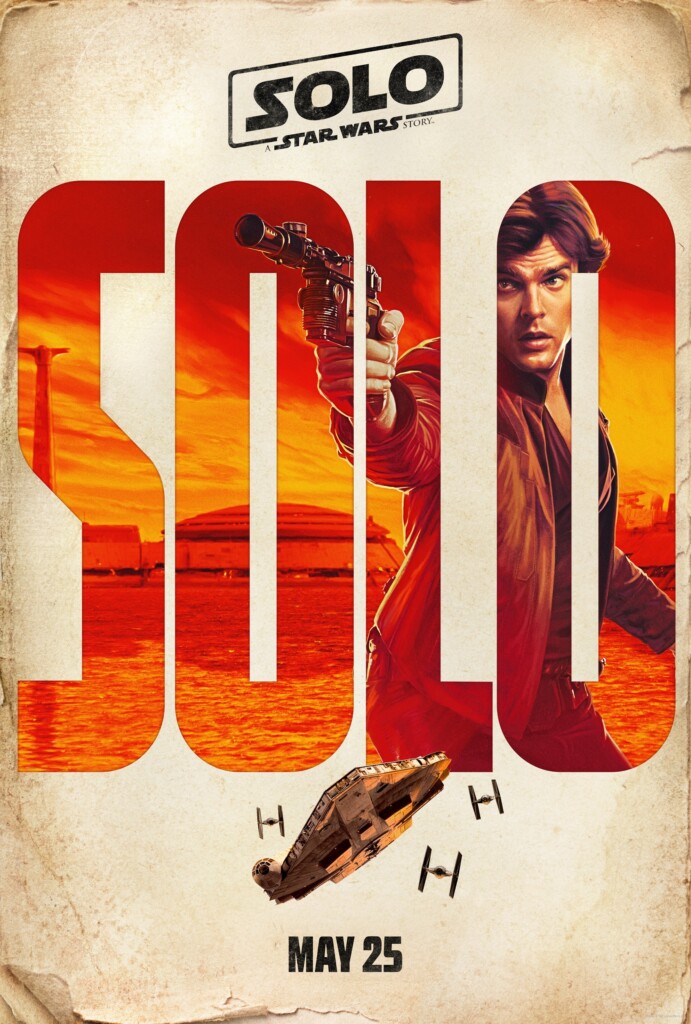 Solo: A Star Wars Story
Blasts into Theaters May 25