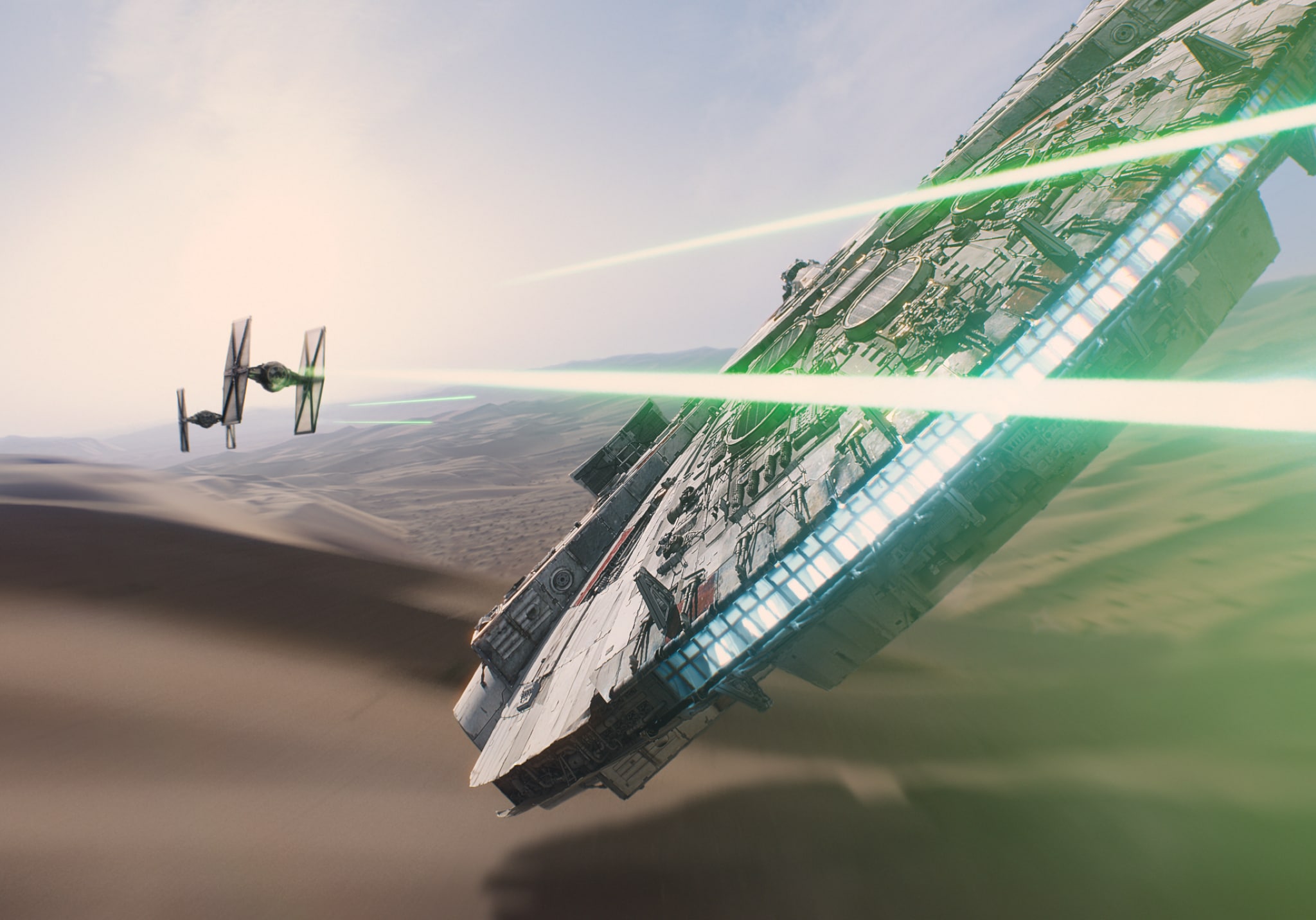 It’s Black Friday. But you can forget the whole shopping like rabid dogs attitude. The Black in “Black Friday” has nothing to do with 90% off tablets or BOGO Free sales on Christmas Sweaters. Uh uh. It really stands for dark… as in Dark Side!

Wooo! Star Wars: Episode 7, now called Star Wars: The Force Awakens has its first official trailer. And while we know next to nothing about the story, it still has to send at least a few shivers down your spine as you see droids, Stormtroopers, new lightsabers and the return of an old friend (i.e. the Falcon!). Not to mention music that defines an entire universe.

Take a look at The Force Awakens trailer:

Hoooo hah! So what’d we see in there?

Well, there’s this guy, who seems to be a Stormtrooper. Clearly he’s on Tattoine and sweating cause it’s so hot. But I thought all Stormtroopers were supposed to be clones. Is he working for the Empire (which apparently isn’t dead?), now with the Rebellion?

This one looks like a cross between a landspeeder and a scout bike they used on Endor in Return of the Jedi. And the woman riding it looked an awful lot like Padme.

You can’t have a new Star Wars film without a new lightsaber, right? I gotta admit this battle sword-type lightsaber does look pretty awesome. But I’m not too clear on what those mini sabers coming out the side can do. Wouldn’t they be more dangerous to the guy wielding it than anyone he’se fighting?

Hard to believe it’s only one year away! With so many incredible Marvel Movies (Avengers 2!!!) and a new Star Wars film, 2015 is going to be a monster one at the movies.

May the Force Be With You!

51 thoughts on “Geek Out! The Star Wars: The Force Awakens Trailer Arrives!”