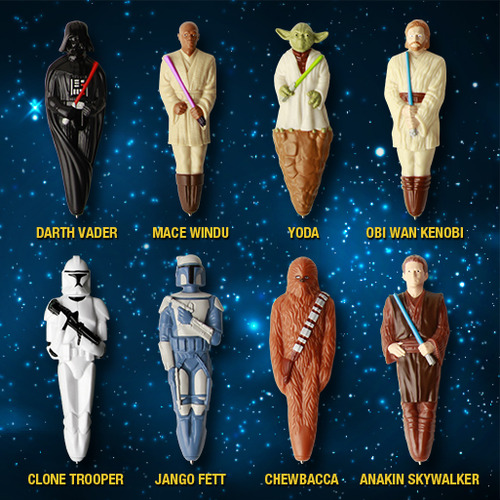 “Use the fork, Luke.” Sorry. That joke’s a little Forced, isn’t it?

And it really makes no sense in this instance because I’m talking about breakfast cereal. You don’t eat cereal with a fork. A spoon, yes. Fork? No. But “Use the spoon, Luke” doesn’t quite get the same set of laughs. Or eye rolls.

Anyways, cereal. Raise your hand if you remember being a kid in the supermarket walking down cereal aisle. It’s a lucky day because mom is letting you pick out the cereal this time. Sooooo, do you go with the nummilicious chocolatey ones? Or the funky-fresh colored marshmallows? Maybe you end up going with the ones with the character shapes? Uh uh. None of that matters one bit.

So what do you go ahead and pick? Yep, the one with the coolest toy inside. It’s okay, you can admit it. I know that’s how I used to pick ’em! How cool was it to rip open that box and shove your hand all the way to the very bottom of the box just so you could pull out that little plastic toy… along with half the cereal.

I’m super psyched to see that Big G (That’s “General Mills” for my un-hip readers our there) is bringing that old mystery back to the cereal aisle! That’s right, you can now get 1 of 8 Star Wars character pens inside specialty-marked boxes of Honey Nut Cheerios, Cinnamon Toast Crunch, Reese’s Puffs, Golden Grahams, Cocoa Puffs, Trix and Lucky Charms!

I was sent a set of 7 pens (no Clone Trooper sadly) to get my Star Wars mojo going! 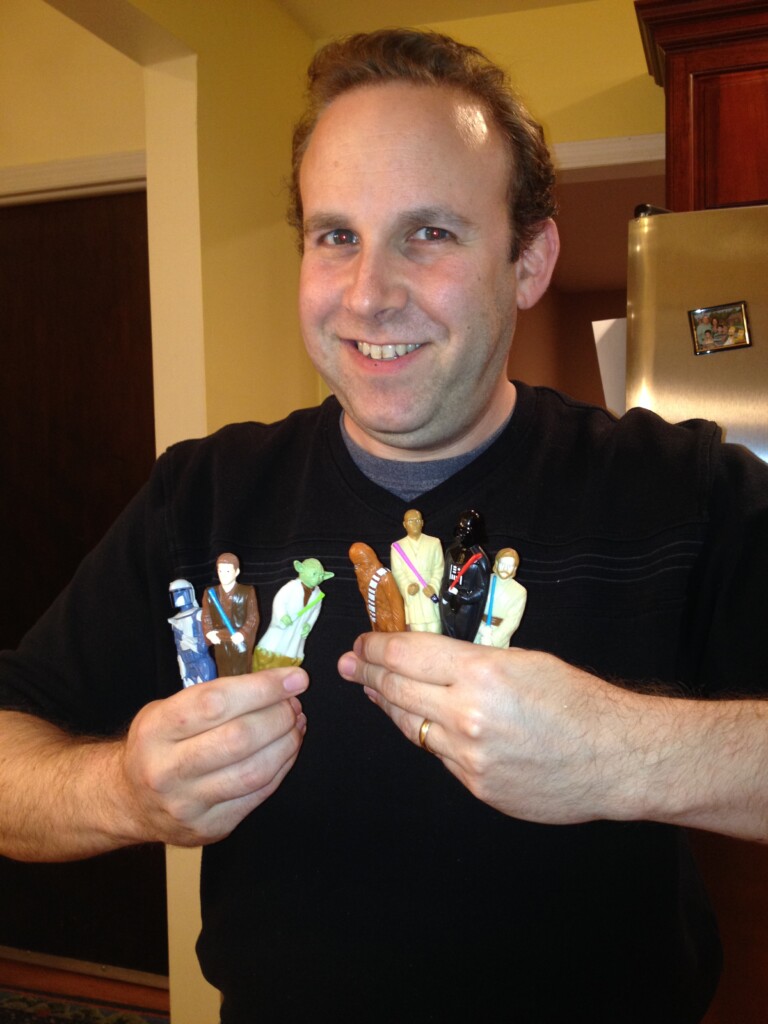 It took the kids all of eight seconds to realize that the ones with the colored lightsabers actually have matching color ink! Darth Vader with his red lightsaber lets you scribble love notes to Padme in red ink! Little Yoda with his fluorescent green lightsaber features green ink for when you write down all those witty proverbs. Poor Chewie and Jango Fett don’t have lightsabers but they do have black and blue ink, respectively.

After testing the ink, I got to the real work. Playtesting these suckers!

Ryan tried to hone in on my action before I was finished!

I finally relented and let Ryan in on the fun.

What’s even more fun about this whole Star Wars Pens event is that the Big G has created a special website dedicated to… Cereal Wars! This site… well, it’s actually kind of like something I probably would’ve created when I was a kid. If, y’now, they had the Internet back then. And I had some video editing talent, that is.

You can see some of your favorite Star Wars movie scenes recreated with… yeah, Star Wars pens. It’s bizarre. It’s absurd. And some of it’s pretty darn funny.

What does the Death Star and fruity Trix have in common? What does Darth Vader eat for breakfast? Why should you never invite Chewbacca over for some cereal? Check out the Cereal Wars website and watch a number of really well made (and funny!) short video clips to get the answers to those probing questions!

You can even fill out a form requesting which of your favorite Star Wars scenes should be recreated with these Star Wars pens!

Oh, while Allie was out shopping today with the boys, she caught the promotion so she picked up a box of Cocoa Puffs! I mean, who isn’t cuckoo for this stuff?

Be sure to check out Cereal Wars today! If there’s one thing the Empire and the Rebel Alliance can agree on, it’s that cereal is a great way to start your day! Just don’t ask them about 2% versus whole milk… 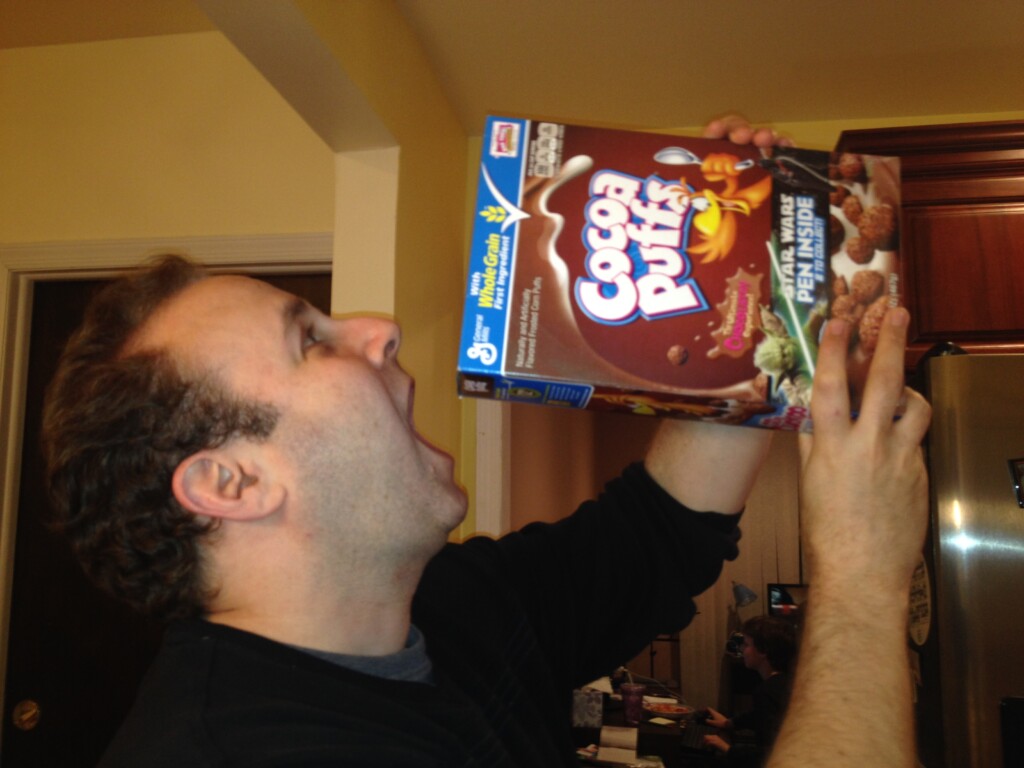 Besides submitting your own ideas for Cereal Wars: Edible Episodes, you can enter a giveaway to win 1 of 5 Star Wars collectibles! Punch it over to Cereal Wars for all the details. Lightspeed recommended. 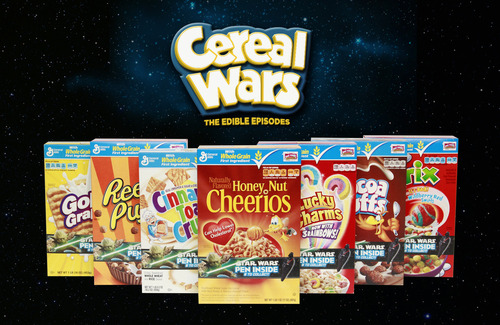