The turkey’s long since eaten and mostly digested by now. I think I can finally move. I realize now that this is why we have a four-day weekend during Thanksgiving.

Every year we go to Allie’s sister’s house in New Jersey to celebrate Thanksgiving. Debbie and Steve never fail to host a fantastic day filled with way too much food and family. It was a bit smaller than usual this year with, I’m ballparking here, about 25 or so people.

The food, as always was super nummytastic (the juicy turkey and oh-my-God-this-is-too-unbelievably-good stuffing made by Allie’s mom), and the house was decked out in festive Thanksgiving decor. You couldn’t avoid feeling the warmth of the holiday season even if you tried.

As the adults stuffed their faces with appetizers while watching the Lions and Cowboys both blow their respective games, the kids huddled in the other room, frantically playing games on their iPads, iPods, iWhatevers. 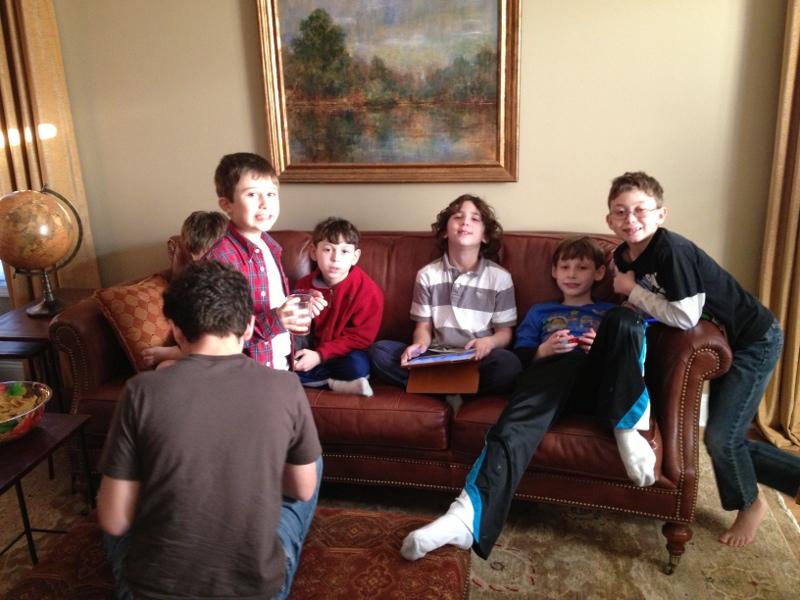 After we all were so full already from mini egg rolls, fried mushrooms, pretzels, veggies and dip, salsa and chips, etc., the dinner bell rang. First up was the soup, an awesome butternut squash soup that Allie makes every year. 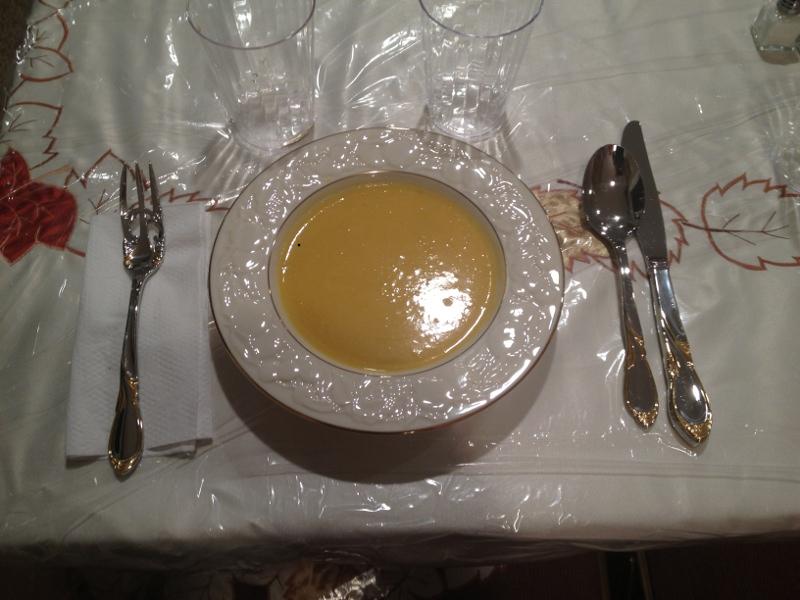 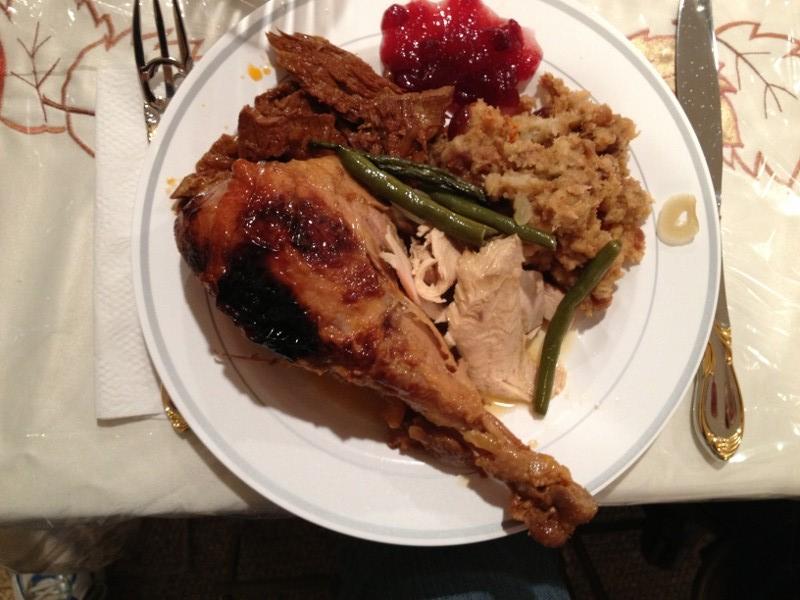 After dinner, I rolled myself to the couch somehow. Now I know what snakes feel like after they eat a hippopotamus whole, and just sit there for like a week. I don’t even want to tell you about the crazy amount of desserts we had, as well as the amount that I somehow shoved in my pie hole. (OMG, there were two kinds of Tiramisu!)

Eventually we cleared all the tables and chairs, and that’s when Ryan and his cousins Ava and Amanda started getting goofy. It was all about wacky poses and silly gymnastics.

Ava can apparently do some crazy gymnastic moves (as can Amanda). She did this standing back flip thing that makes it look like her spine is made out of rubber. Take a look:

I have no idea how she does that. I can barely sit in a chair straight. Ryan wanted in on the action, so the three cousins put on a show for me, or tried to that is.

As you can see, the later the night got, the goofier the kids got. For some reason, we’re always the last ones to leave and it somehow takes us like an hour and a half to get going. Probably because that’s the peak time that the kids are just having a crazy blast and it’s too much fun watching them.

Anyways, thanks again to Steve and Debbie for hosting another wonderful Thanksgiving! I hope you had a great one yourself. Now go hit the gym and burn off some of that stuffing!