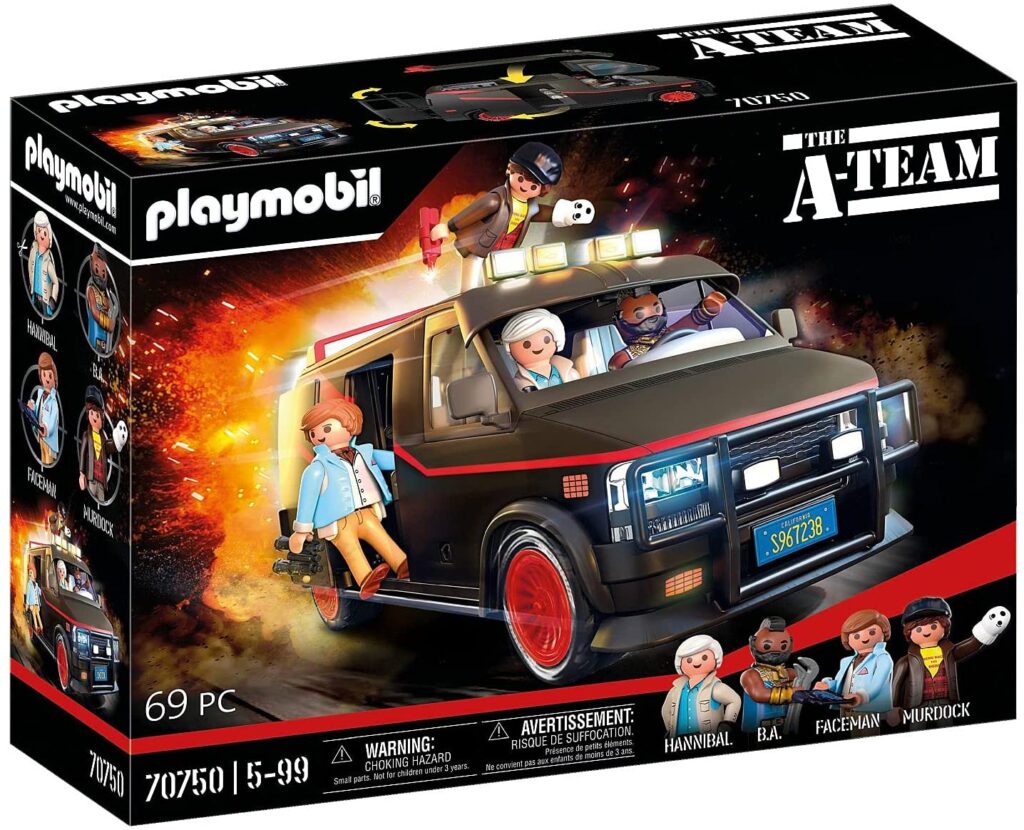 But recently, the toy company has put out collector-loving sets based around ’80s favorites such as Back to the Future, Ghostbusters and Scooby-Doo. And now? Well, now they’ve upped the adventure level exponentially with the release of the Playmobil A-Team Van.

If that theme song isn’t now stuck in your head for the rest of the day, you never watched the A-Team.

Crazy. Over-the-top. Totally ridiculous. That easily describes both the premise and every episode of the A-Team.

This group of mercenaries-on-the-run (for a crime they did not commit), travels the country in a sweet ride, helping those in need when they can. For a price, of course. As our friendly neighborhood narrator always reminded us, “If you have a problem, if no one else can help, and if you can find them, maybe you can hire, the A-Team.”

Who’s on the Team? 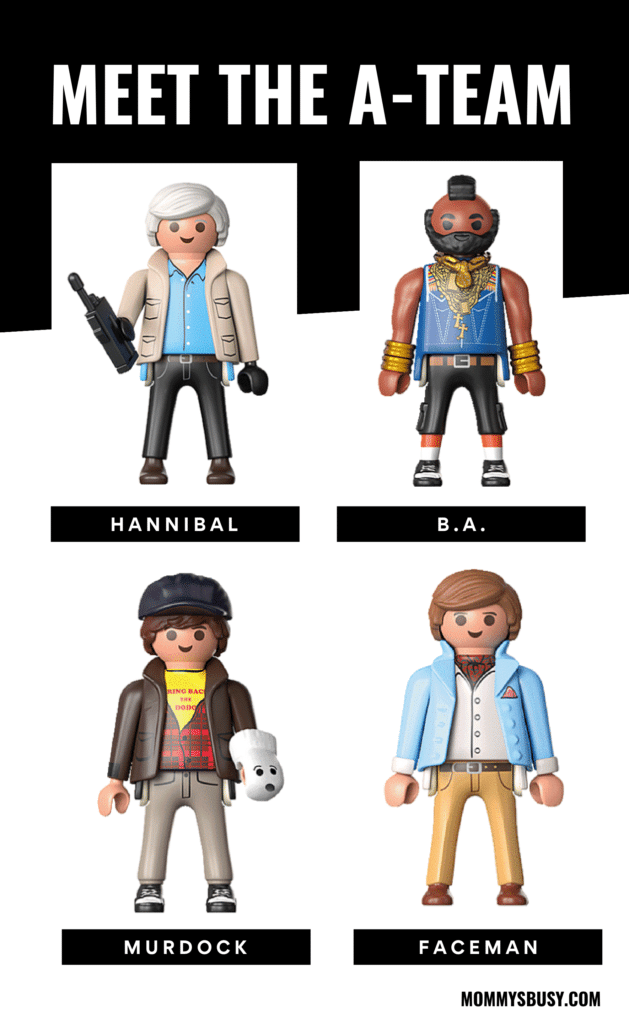 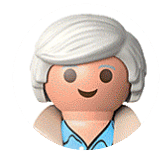 Team leader Hannibal is the strategizing brains behind the A-Team. A master of disguise, you’ll be hard-pressed to find the white-haired hero without a cigar in his mouth. (Not surprising, the Playmobil version does not include a cigar.) He’s also known for often saying, “I love it when a plan comes together!” 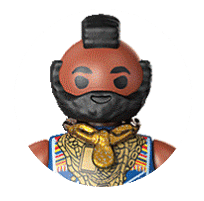 Team mechanic and heavy muscle, B.A. Baracus is always fixing up the Playmobil A-Team Van. As tough as he is tender, B.A. is the brawler with a heart of gold. Let’s face it, this character is pretty much Mr. T, except with a severe fear of flying. He also doesn’t drink alcohol, but loves a tall glass of milk. 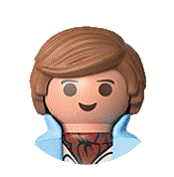 The ultimate ladies man, Face (short for “Faceman”) is the perfect con man, always working his magic to get the team whatever they need for their latest case. Supplies, equipment or information. Nothing is safely hidden for long from the Faceman. 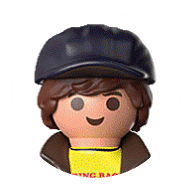 Howling Mad Murdock is the wild card of the A-Team. A top-notch chopper pilot, Murdock is either a fantastic actor or mentally unstable. Either way, he brings some serious comic relief to the team and is often put back in a mental institution, only to routinely escape to help out his teammates. And yes, the Playmobil Murdock sports a sock puppet on his left hand.

What’s in the Playmobil A-Team van? 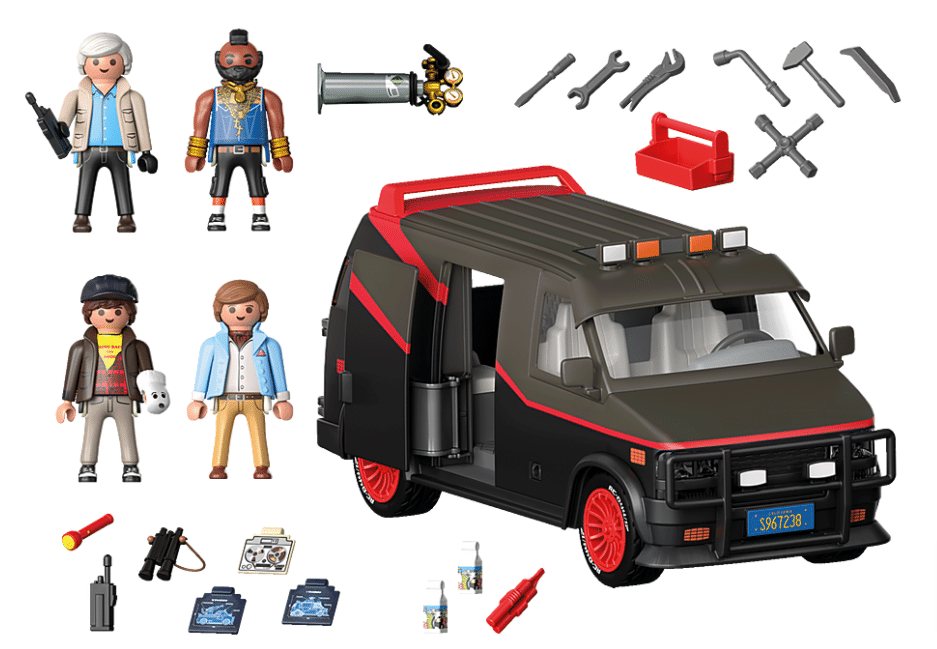 We can’t mention the A-Team, though, without focusing on the most underrated fifth character. Yes, the A-Team van!

Sporting the familiar three-color painting on the outsides (that red trim is noticeable anywhere!), the Playmobil A-Team Van gives you everything you’d expect from the company and from these bad boys. The side and back doors open, so you can fit all four characters in comfortably. 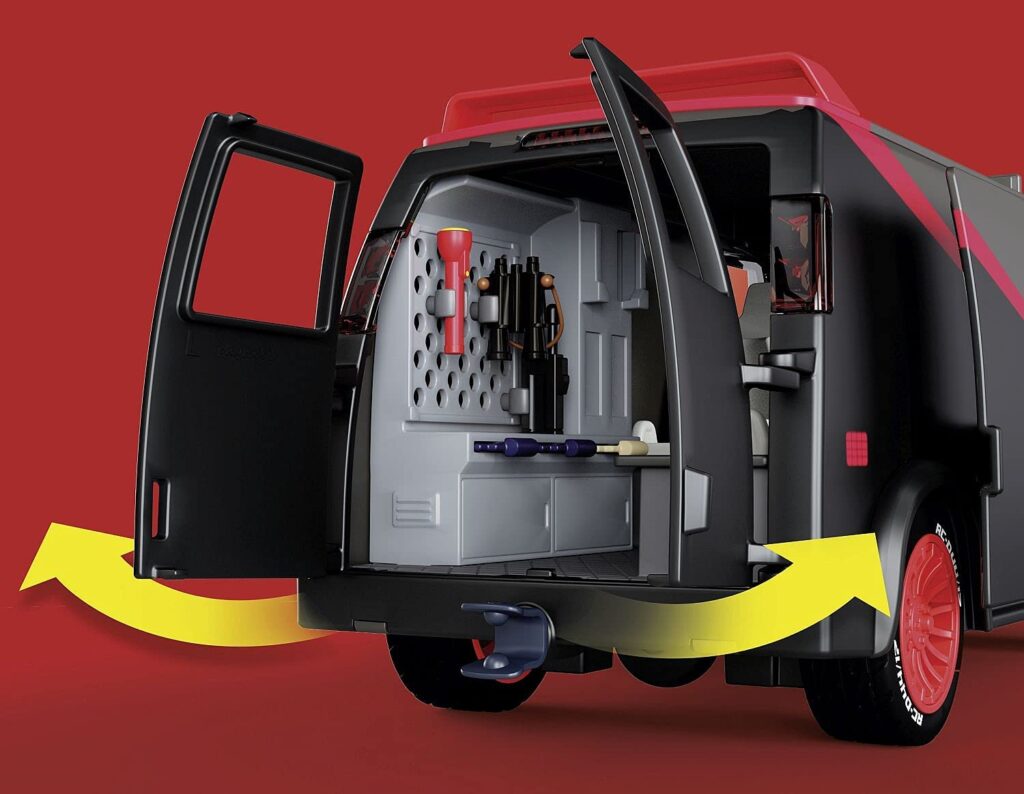 Standard A-Team equipment comes along for the ride including dynamite, binoculars, blueprints, walkie talkies and, yes… even cartons of milk to trick B.A. into taking sleeping pills so they can sneak him on a plane.

There’s also tools and welding equipment for B.A. to fix up the A-Team Van after you and the gang smash it up on their latest adventure. 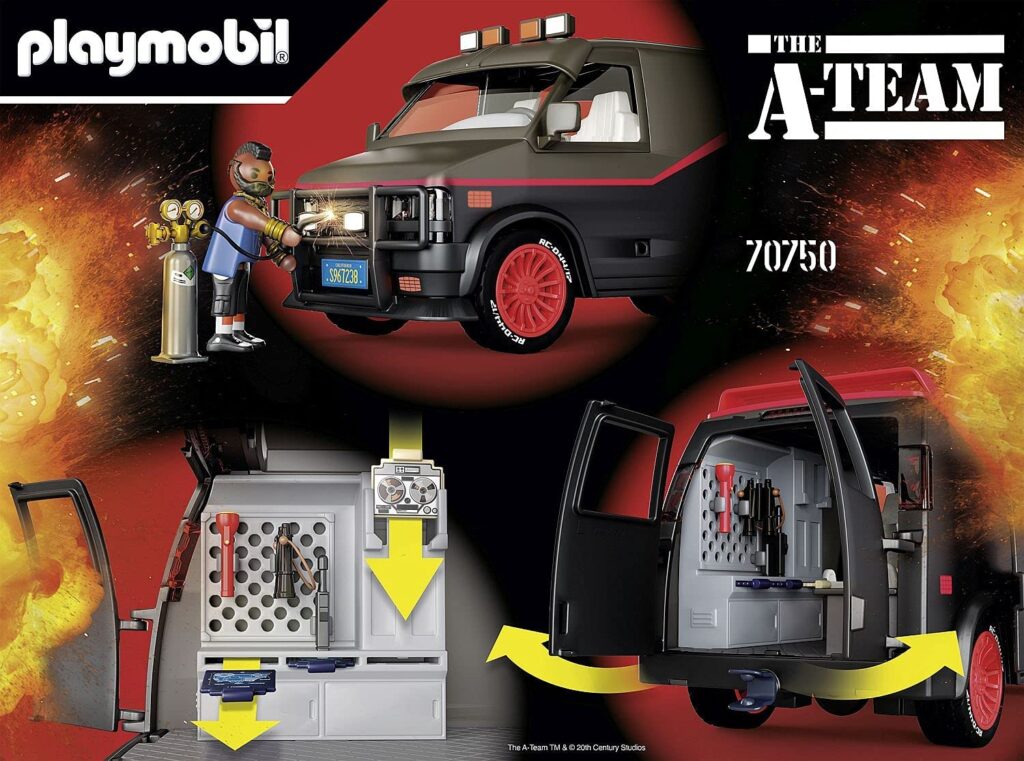 The sheer fact alone that you can own a Playmobil Mr. T figure makes this set worth it. But getting the entire heroes for hire together with their mobile headquarters is just unreal to me.

I am absolutely loving the toy love that the 1980s are getting lately and the Playmobil A-Team Van is just the latest greatness to celebrate the Bubble Gum Decade. 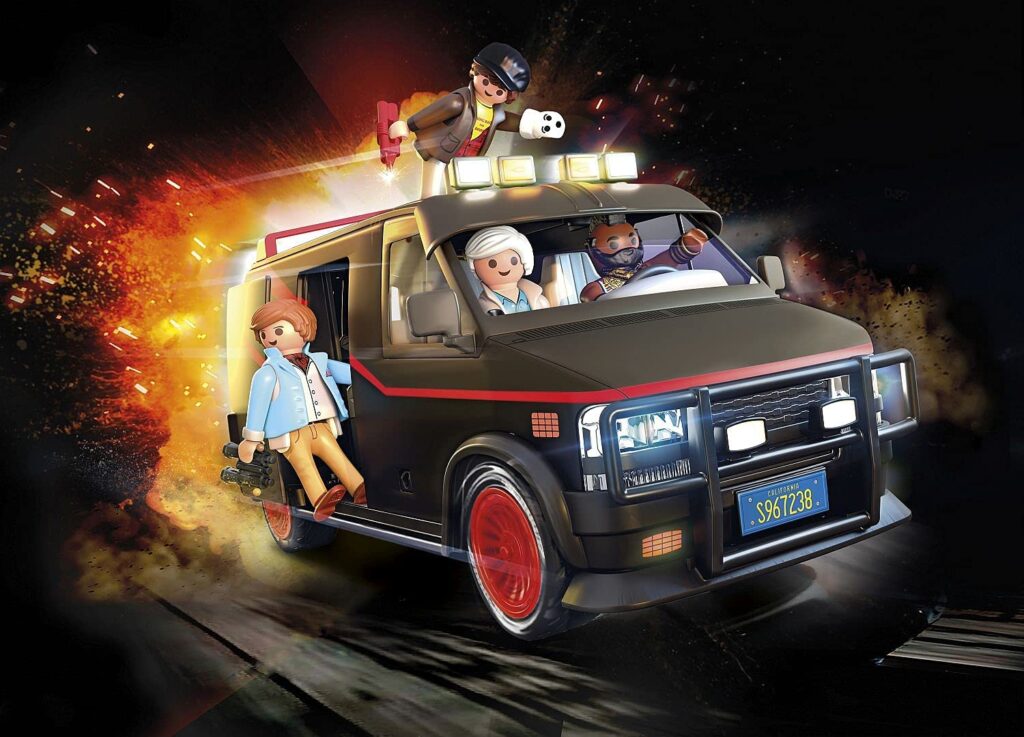