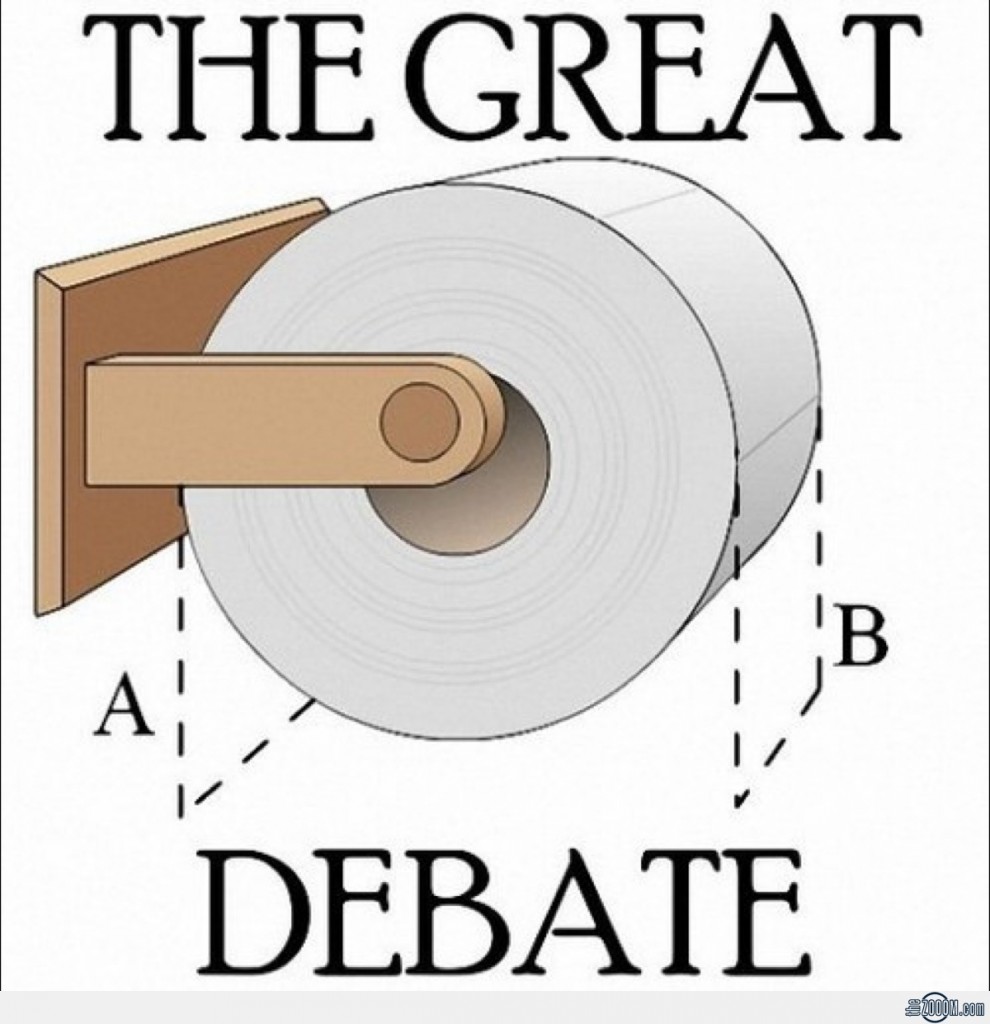 Image via The Zoom

Forget Coke vs. Pepsi. Mac vs. PC. Or even boxers vs. briefs. Arguably the greatest debate between people on this planet is clearly one about toilet paper.

It has nothing to do with softness or 1, 2 or 3-ply. (Though soft TP has been scientifically proven to lead towards a happier lifestyle.)

No, I’m talking about the way in which you hang your toilet paper. All you single peeps out there are already confused and leaving Mommy’s Busy to go check out the latest celeb belly bump or NCAA bracket breakers. But any of you in a relationship, especially you married folks, know exactly what I’m talking about.

See, when I put a new roll of toilet paper in, I put it with the TP under. Like so: 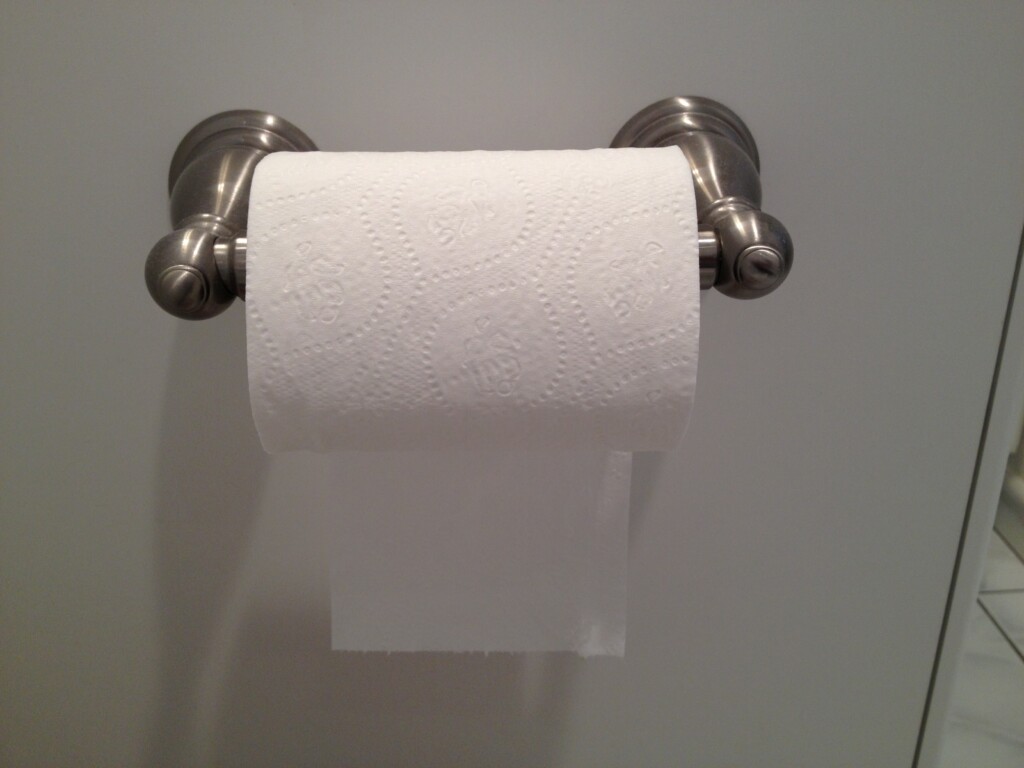 My wife, however, prefers to put it with the toilet paper over. Like this: 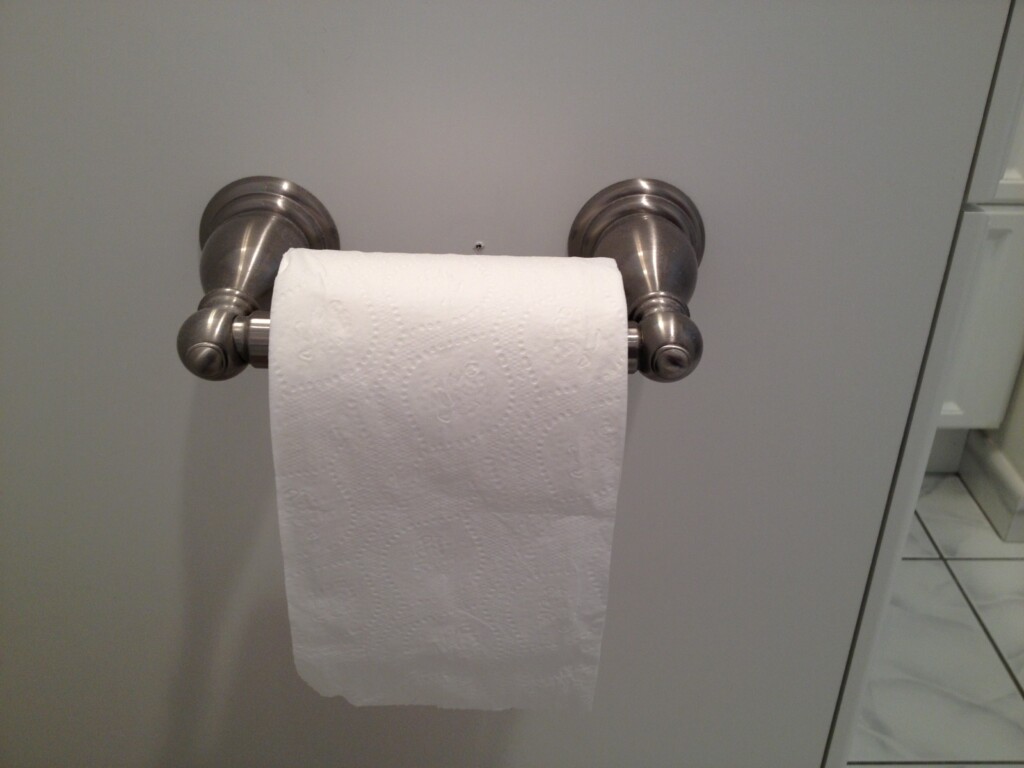 In the massive poll of toilet paper users I surveyed, oddly enough it seemed to mostly fall down gender lines. Men preferred it under, while women liked it over. Historians date this back to the end of the Middle Ages, specifically the 1342 War of Charminville which resulted in peaceful toilet use for a good century or two until the irritable Battle of the Quilted North in 1456. And it’s been an age-old debate ever since.

Why do I prefer it under instead of over? I have no clue. It just “feels” right. Maybe it’s the OCD in me. I’ve always been fascinated by this volatile topic and when CanadianDad brought up the subject on Twitter, I knew I had to blog about it.

Hopefully one day, all men and women can use the bathroom equally and enjoy a toilet paper freedom like we’ve never known before. But for now, just remember. When you play the Game of Thrones, you either win… or you die.

Take the poll above and tell me how you prefer your toilet paper. Then explain below in the comments!