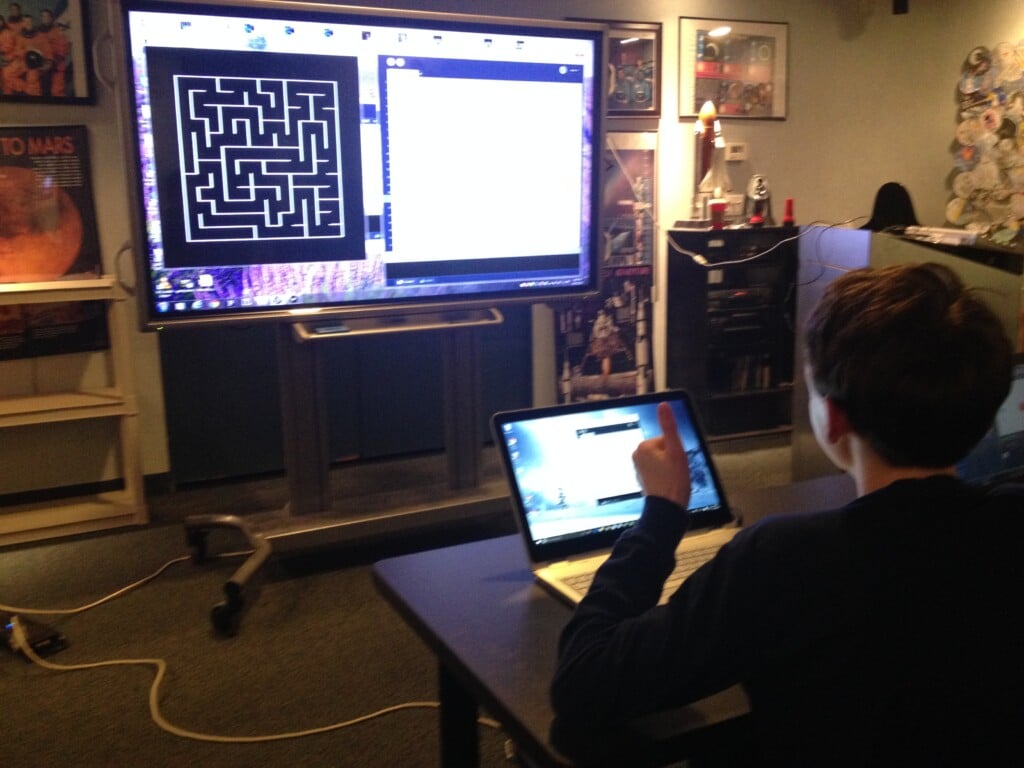 Since he starting talking, Jason has had one career goal in mind: “Video Game Maker.”

Okay, so that may not be an exact title, but it’s what he’s always wanted to be. Now that the’s 12 years old, he’s much more serious about it. Sure he’s upped his video game prowess a bit. He still loves his Nintendo Wii U and 3DS, but he’s playing a lot more Xbox and Minecraft on his computer.

The biggest thing he can do to get a headstart on a video game making career is to begin learning some computer languages. And he’s actually been doing that for a few years now!

He started off with a basic drag-and-drop program called Scratch (Jason was even one of a very select group of kids to be a keynote speaker at a conference at MIT about it!). It helped open his mind to how programming works in general.

He’s also taking a few classes in the summer at iD Tech Camp where he’s learned how to create Minecraft mods with Javascript. Pretty darn cool. And even better, we have a Challenger Center right near our home, where they offer loads of great courses for kids in science, Legos, robotics and more.

The past few years, Jason’s been taking actual programming classes. He’s learned Java, Javascript, HTML and CSS. He’s pretty much taken all they have to offer, including the advanced classes, so he’s now in a fun Javascript Project class, where he simply uses all he’s learned to create some neat projects.

In the past, Jason’s always had to borrow the Challenger Center’s laptop and save his data on a flash drive. My old laptop was too ancient to handle the programming, not to mention the thing weighed like 20 pounds!

With Jason’s food allergies, we’re always nervous if he’s using someone else’s computers. Even though he wipes the keyboard down every time, we still wish he had his own. And now he does. 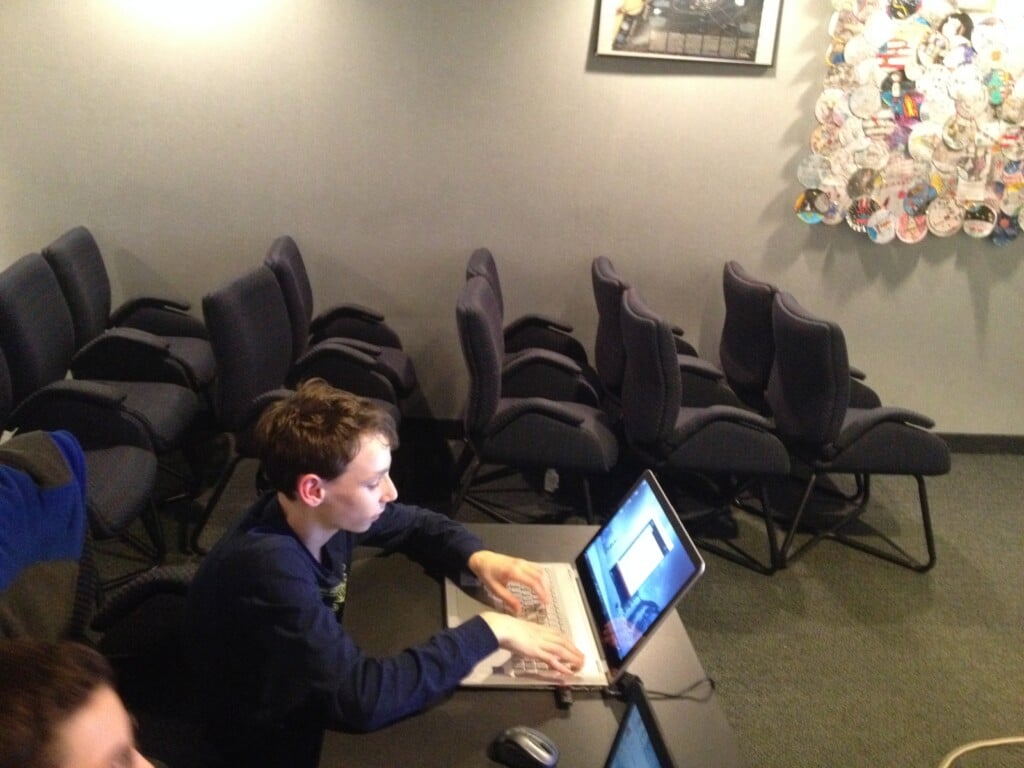 The HP Envy x360 m6 Convertible is really something else! The biggest thing I noticed right out of the gate was how incredibly light the whole thing was. Honestly, it’s probably about the same heft as an iPad, yet much bigger and feels a lot sturdier. 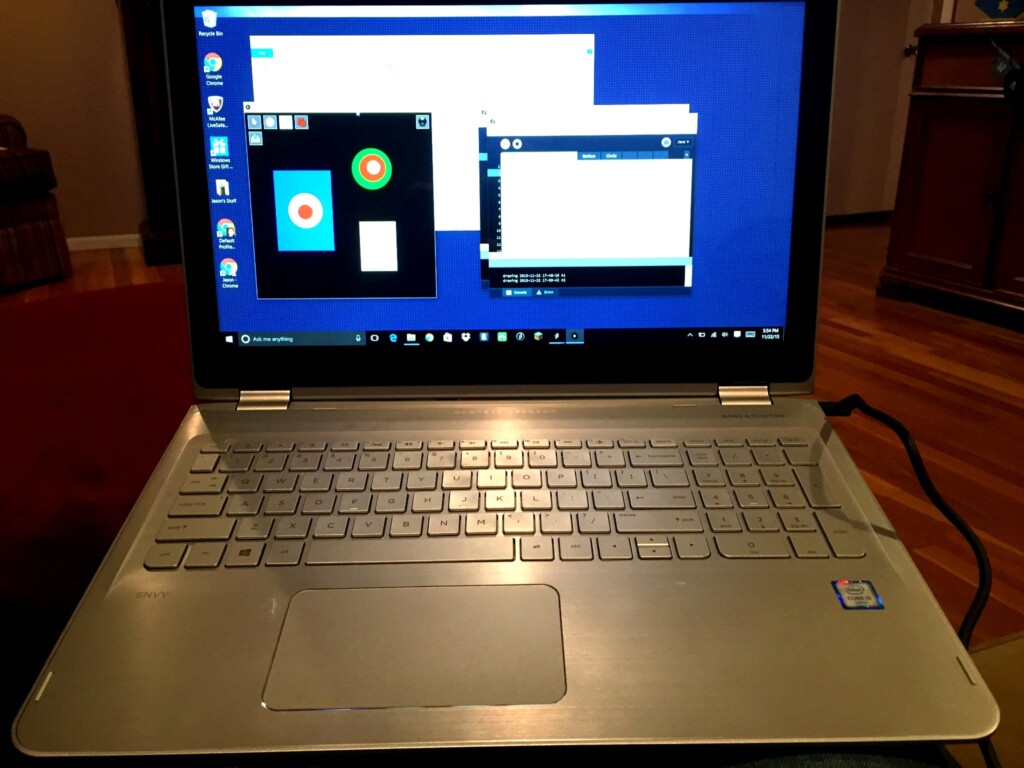 It’s most definitely something I feel comfortable having Jason take every week to his Javascript class. And with an Intel Core i5-6200U CPU, it’s certainly powerful enough too. 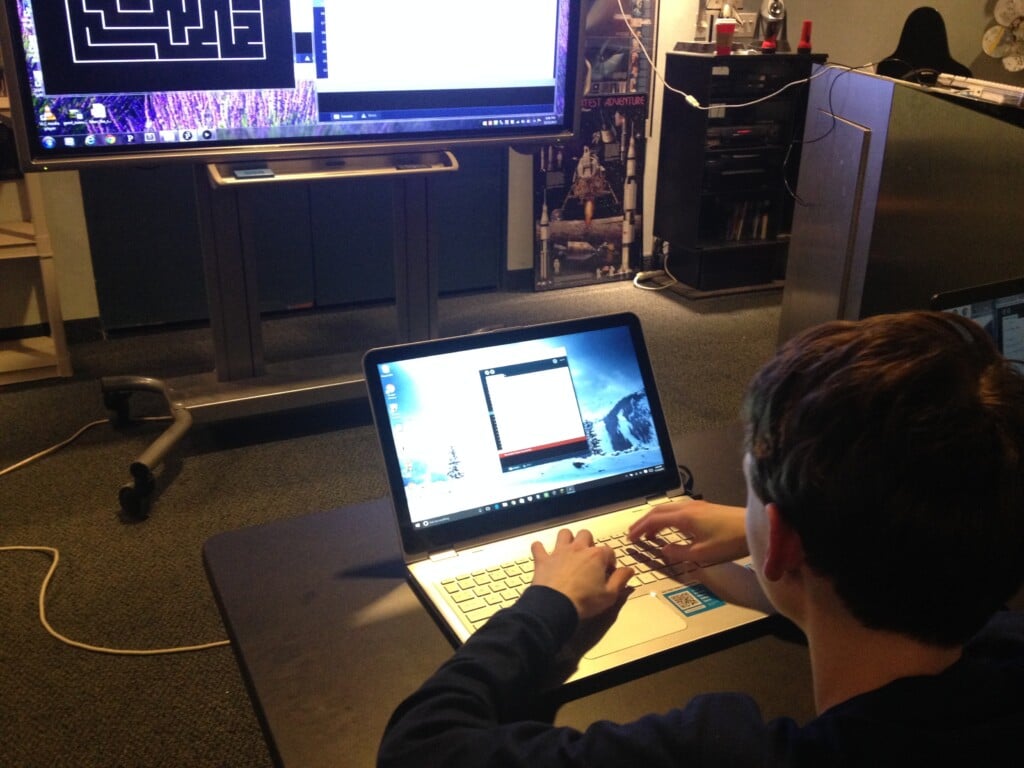 What’s extra cool about this HP Envy laptop, though, is that it’s one of those spiffy 2-in1 laptops. Meaning it’s not just a killer laptop. Uh uh. It’s also a pretty sweet tablet!

With a 360-degree monitor, you can completely flip the keyboard underneath and solely use the touchscreen. The unit even knows you’re doing that so it can switch to “tablet” mode. 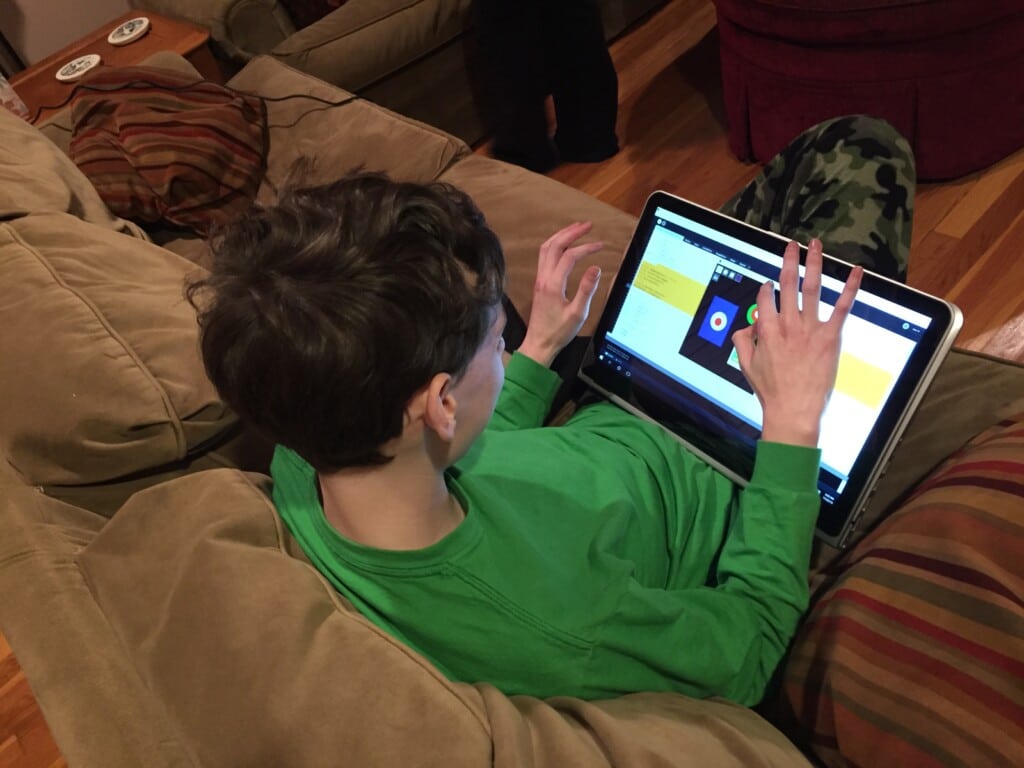 That means Jason can just hop on the couch anytime and use the HP Envy as a tablet to play around with his code. You can see the basic Javascript app he’s working on now where you can create simple circles and shapes in any color, and even move them around. 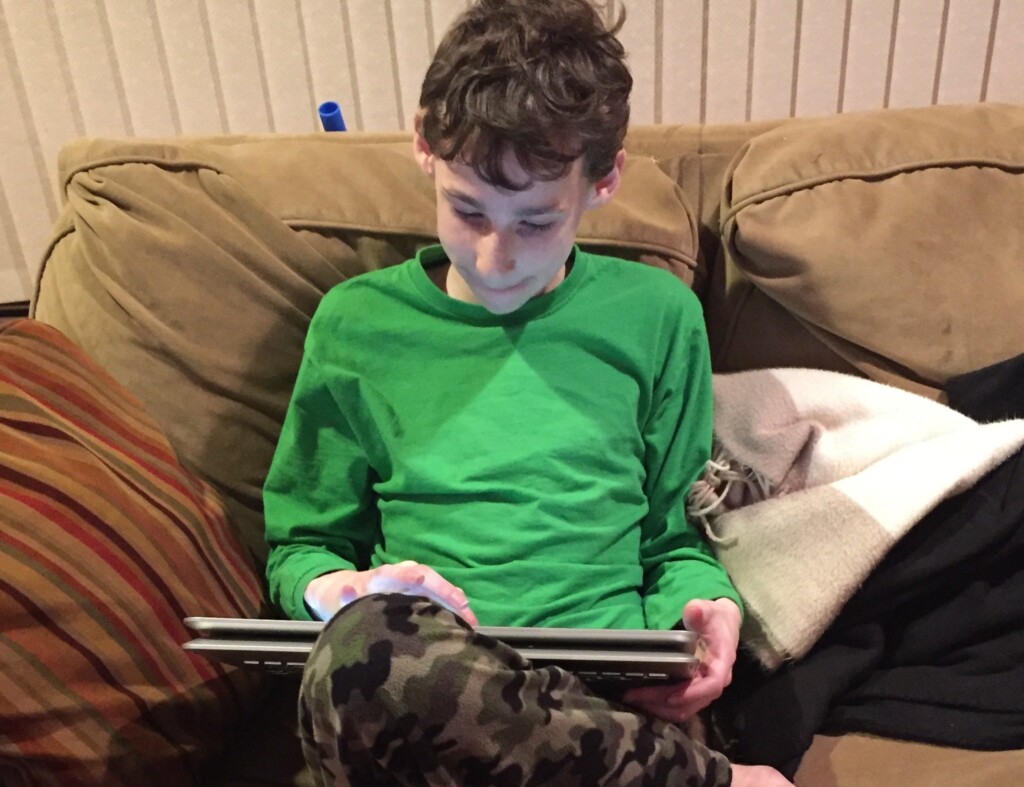 I have to admit, it’s a really impressive computer. I’m not ashamed to say it but when he’s not looking, I have no problem swooping in and grabbing the HP Envy for myself. I mean, after all, I need a good way to keep up with my Fantasy Football scores.

Do your kids want to learn how to program?

#spon: I am in a partnership with Intel. Through this partnership I gain access to content, product, or other forms of value.