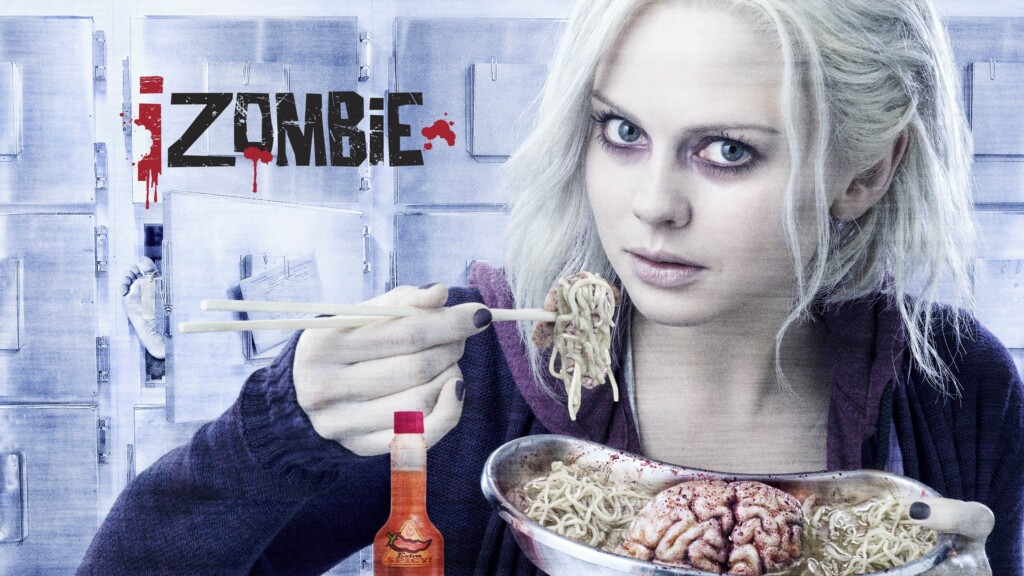 I’m not a fan of horror movies. Let me get that out of the way. Dawn of the Dead. Friday the 13th. Halloween. Saw. Nope, none of those do it for me.

I’m just not a fan at all of the slasher or torture type flicks. Suspense I can do, but horror, no. Which is funny because Stephen King and Dean R. Koontz are two of my favorite authors.

Anyways, for years, my friends tried to get me to read The Walking Dead comic book saying how amazing it is. I stayed clear because, I really couldn’t care less about zombies.

And then I read World War Z by Max Brooks and I was hooked. This one book was so well written and creative, that I suddenly became a mega zombie fan. I devoured the Walking Dead comic books. Got hooked on the TV show, along with Allie. Love films like Shaun of the Dead and Zombieland. Good stuff!

I still don’t like slasher flicks, but zombies are A-OK in my book now! And that brings me to latest Netflix show that Allie and I are completely obsessed with: I Zombie!

More suspense than straight up horror/gore, it’s pretty much like a fun CSI type show where one of the main characters just happens to be a really cute blonde, who… uh… happens to be a zombie. But she’s one of them nice zombies!

See, Liv is one of the pasty undead but as long as she’s regularly eating a brain, she’s completely normal and can fake her way through society. So she does a really smart thing and gets a job at the morgue, a veritable brain buffet!

Even cooler than keeping her wits thanks to the brains, Liv gains memories of these victims through various “flashes,” all of which can help her solve crimes.

It’s a totally ridiculous premise for sure. But it works. It’s fun, campy, kooky, a bit bloody and all-around zombirific.

As a “normal” zombie, Liv is pretty disgusted eating brains. So she has to whip up some really unique recipes and douse it all with loads of hot sauce. (It’s the only way she’ll even be able to taste anything.)

So it got me thinking. If I were in her shoes and forced to eat brains to stay almost human, how would I do it? What would I eat? And that’s when I came up with some of the Best Brain Food I could think of. In fact, I pulled together the ultimate I, Zombie Menu! 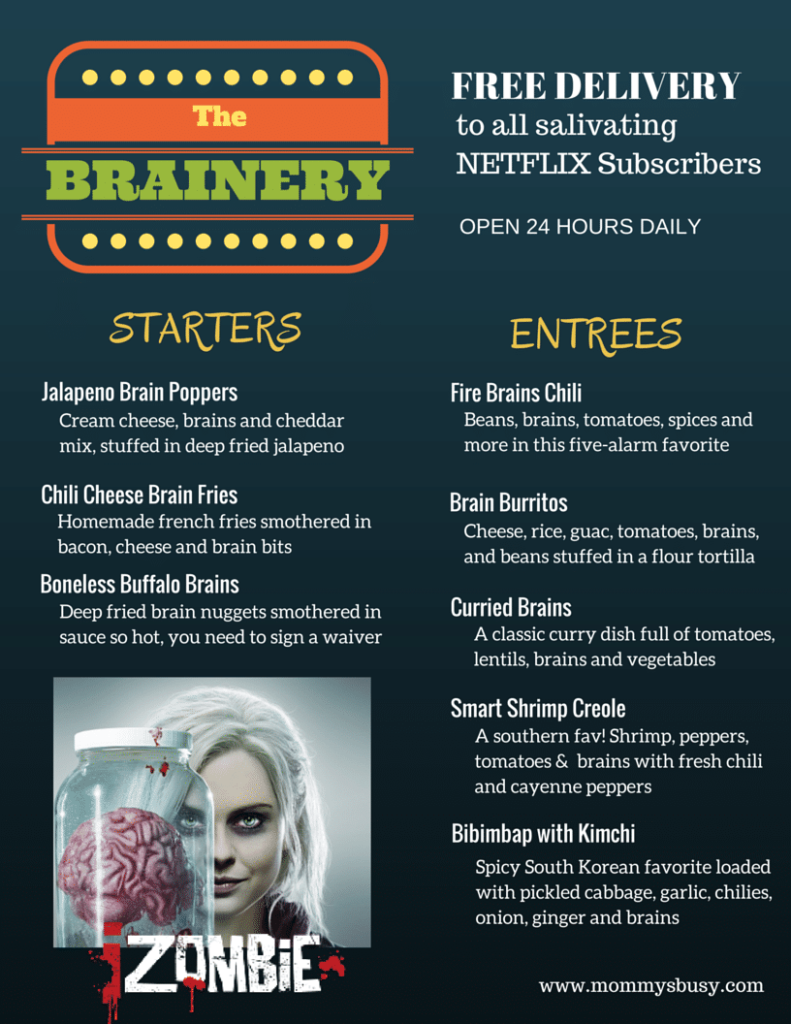 Watch I Zombie on Netflix
#StreamTeam

7 thoughts on “The Perfect I Zombie Dinner Menu”