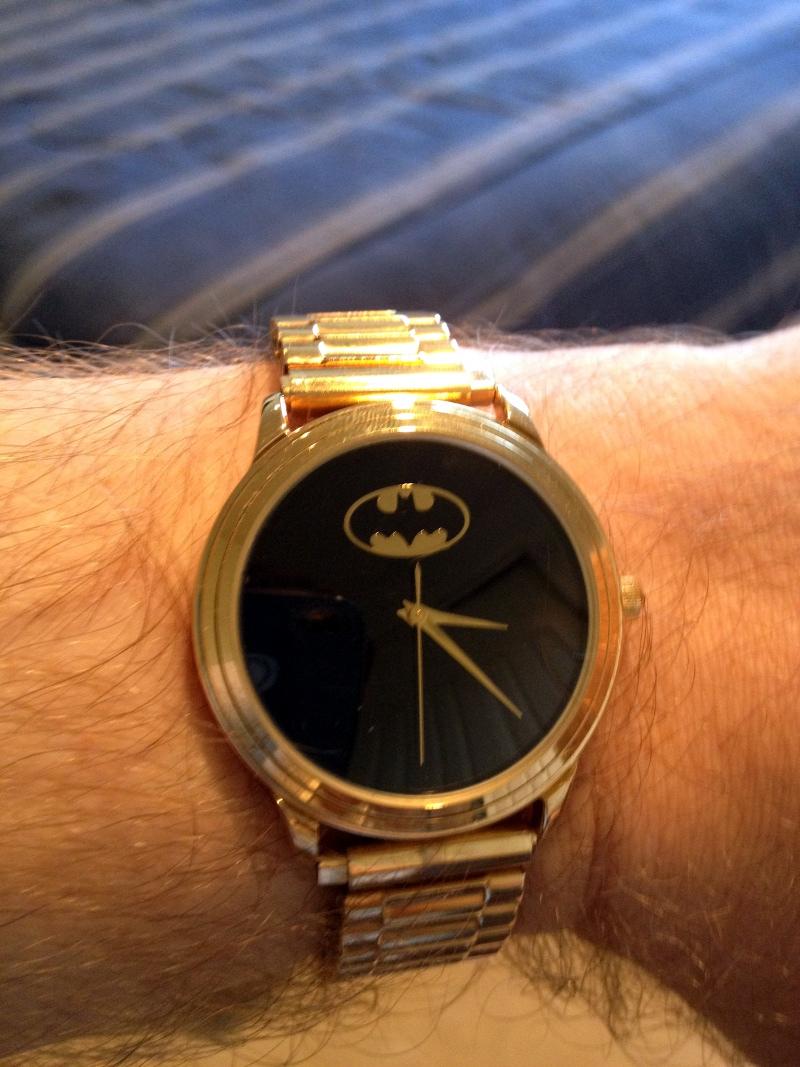 Quick, what time is it?

If you’re reading this online, chances are you just glanced down to the lower (or upper) right of your computer screen. If someone’s just asking you this question, most likely you’re reaching into your pocket to pull out your cellphone, right? That’s usually what I do. But it wasn’t always the case.

As a kid, I remember wearing a Snoopy watch all the time. It had a blue band, and Snoopy was smiling on the face of the watch, with his two paws being the watch hands. As I got older, I changed watches like they were socks. Companies started making all sorts of crazy comic book themed ones and I remember having watches featuring the Punisher, Scott McCloud’s Zot!, the Watchmen smiley face and loads more. I definitely had one of those Casio calculator watches too. I think they even came with built-in games.

Somewhere along the line, though, I stopped wearing watches. It was a bit before cell phones became all the rage. But nowadays, it’s quite rare to see someone wearing a watch.

While cleaning my desk last week, I stumbled upon an old Batman watch of mine. I love this watch. It’s a classy gold watch with a black face and gold hands. But on the face is a small Bat symbol. Subtle but geeky. Yes, it’s nice enough to wear to weddings without anyone even noticing. The thing is, I haven’t worn it in years and the battery died.

For the past week, I spent way too long trying to open the back to get the battery out. It just wouldn’t open. Apparently, the Bat-Signal would remain in the dark.

Until today that is. Allie went out shopping and just returned with a fully functional Bat watch! She needed to bring it to a watch shop where they opened (and closed!) it with a special tool. So my wrist is back in business!

I’m not sure how long I’ll keep wearing it. I might just whip it out for formal affairs. I guess only time will tell…

Do you wear a watch?