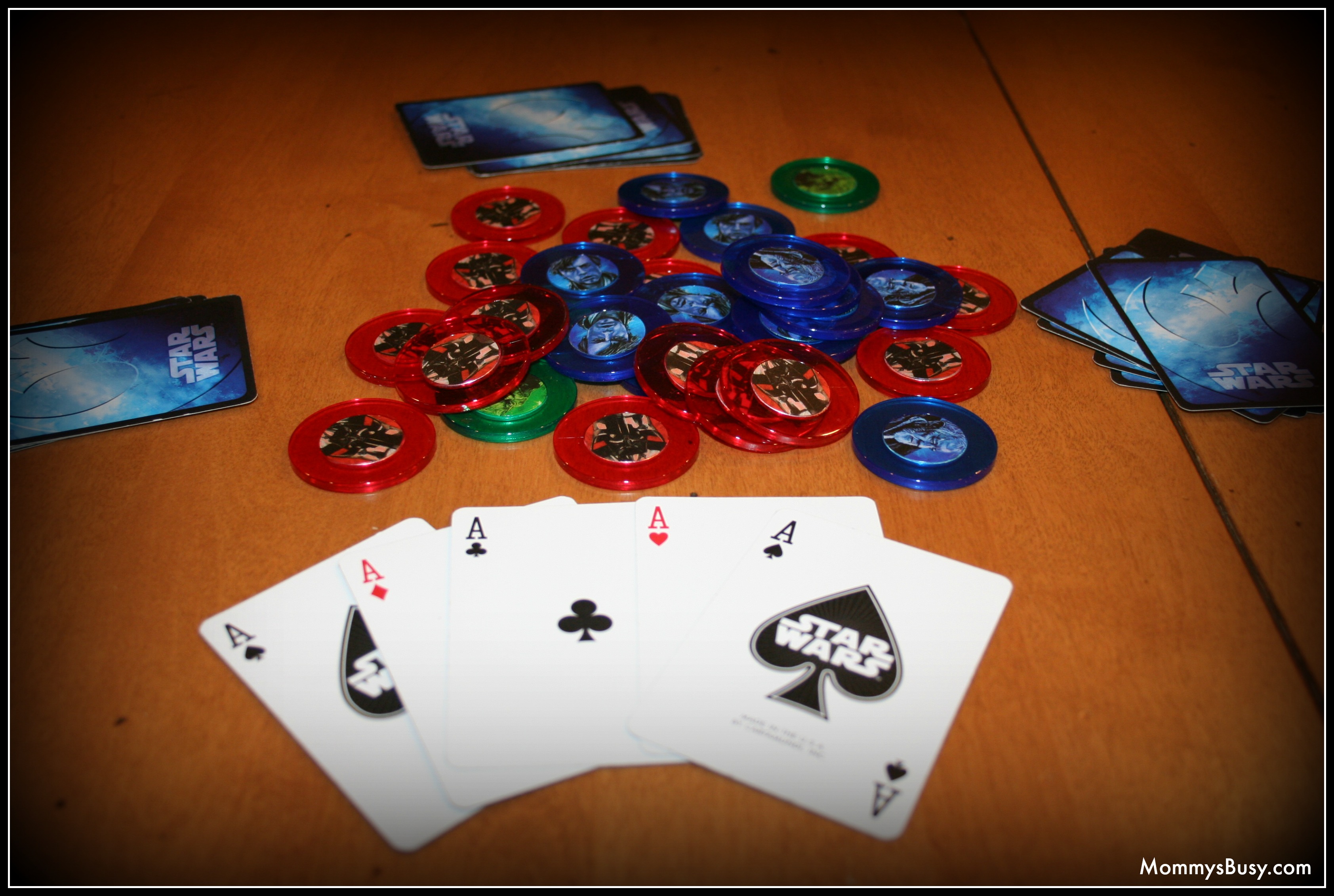 I can remember playing Poker at a semi early age. No, I never played for money. Most likely M&Ms or some other easily countable (and delicious!) prize.

I just love games, card games especially. My dad and I used to play Blackjack all the time during the summers we’d spend at the town pool as we soaked up the rays. As I got older, my friends and I would start playing more serious Poker games. The games grew to more than just 5 Card Stud and the candy-coated antes were soon replaced witht good ol’ fashioned quarters!

Nowadays, I hit a monthly Poker Night with “the guys.” Unlike what you see on TV, however, we’re super laid back. Sure there’s beer but if anyone has more than two, that’s suprising. Thankfully, no one lights up cigars. So we sit and play all sorts of crazy hands of Poker, while chomping down on finger food ranging from chips and dip to pigs in a blanket. Yeah, I’m still waiting for someone to bring out the sushi!

I’m at an age, though, where I’m not looking for a crazy Poker night of drinking with the guys. Like I said, I love games, so stuffing my face with snacks and playing all sorts of fun, crazy card games for a little bit of money is right up my alley. It also means I can get in lots of practice at home with an online casino right from my computer. Bluffing is so much more fun when you’re in your jammies, know what I mean?

So what exactly do we play? There’s the standard 5 Card Draw, 5 and 7 Card Stud and yes, the ever-popular Texas Hold Em. Personally, I hate that last one, but as we play “Dealer’s Choice” all night, you can guarantee a round of Hold Em every single time the deck makes it into Mike’s hands. (Sorry, Mike, but it’s true!) 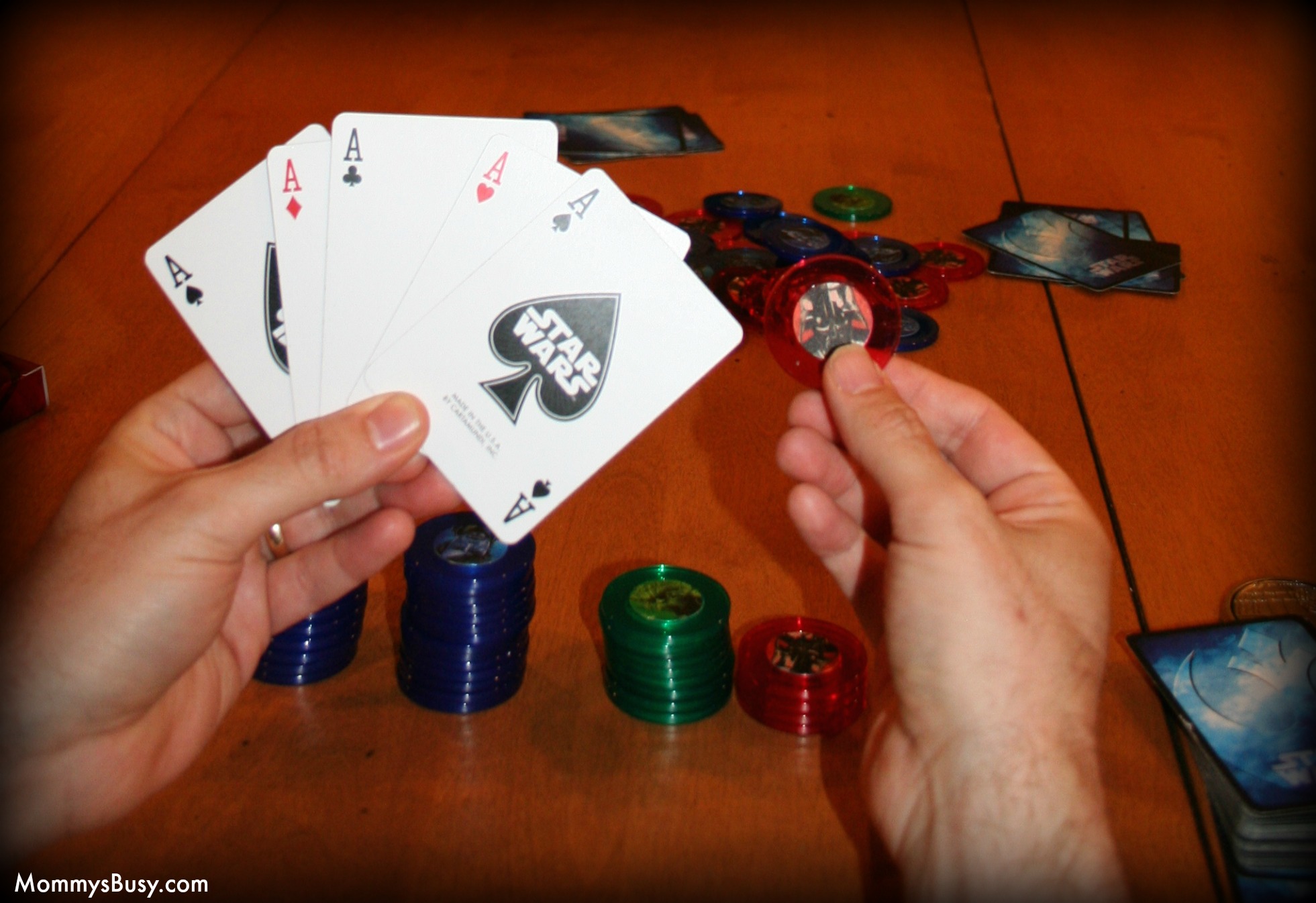 I’m more into the crazier types like No Peek, Follow the Queen, High/Low or even Nighttime Baseball. My all-time favorite? The crazy pot-building 3-card Poker game called Guts. I played that one in college a lot and if you’re not careful, that pot can skyrocket quickly. We’ll work in a few rounds of Blackjack at times too if we’re waiting for someone to go deal with their kids upstairs or run off to get more food. Like I said, it’s a pretty lax night all around.

Generally there’s six of us, though we have gone as high as 10 or 12 once. That was a packed night where we ended up setting up two separate tables running concurrently. It was an interesting idea, but not so great in terms of execution. So we try to limit it to six if we can. As for the pot, we all start the night by dropping $20 into the pile and that’s usually it. I can’t recall anyone ever buying more chips later in the night.

Some nights I’ve won big (like $40!); other times I walked away empty handed. But usually I’m somewhere in the middle, either losing a few bucks or winning a few. The way I look at it, where else can I pay $20 to hang out with some friends for a few hours like that? Heck, just grabbing popcorn and a movie is that much!

It’s been a little while since we last played, so I need to put the call out soon and get another game going. Time to ante up!

5 thoughts on “Not Your Typical Poker Night With the Guys”