The only real scar I have is a super tiny and faint little V at the bottom of my right thumb. That’s from sticking my hand through a plate glass in my front door during my senior year at college.

Long story, but let’s just say I didn’t realize that my “genius” housemate locked the door on me when I stepped outside for a second… One big crash later and I’m staring down at my hand with a lighting-shaped piece of glass sticking out of my hand that had to be a good two feet long. Ouch.

The only other scars I have are really just mental ones, mostly thanks to TV. With painful shows like “Small Wonder” and “Full House” I never stood a chance.

My friend Amy has scars. Mental and physical. And yeah, hers are loads bigger than mine. She’s chosen to embrace her scars and let them empower her, so much so, that she’s started her own designer clothing line called RockScar Designs. She’s also one of the subjects of a brand new book called Who I Am: American Scar Stories by the wonderfully talented Jenny Cutler Lopez.

Her new book (due out on June 2, my birthday!), features a close look at 12 unique individuals, each with their own scars and stories. Through anecdotes, interviews and photos, their inspiring tales are told.

Fascinated by the concept of the book, I asked Amy if she could introduce me to Jenny, so that I could interview her for Mommy’s Busy, Go Ask Daddy. Not one to shy away from self promotion (which is a good thing!), Amy hooked me up with Jenny, who was more than happy to oblige.

Jenny’s life would make a fantastic story all its own. This wife and mom of two has certainly taken advantage of the world out there, having moved some 37 times in her life already! She’s worked as a sausage maker, bartender, and specialty cupcake-business owner, to name just a few of her offbeat jobs. Plush, she’s a big fan of punk rock, weight lifting and wontons.

With life experiences like that, it’s no wonder Jenny’s an author.

Why American Scar Stories? What was the impetus for writing this book?

I enjoy reading and writing nonfiction stories. In 2008, I edited and compiled nonfiction stories in a book entitled Backstory: First Time Tales By the Stranger Next Door. The stories were united by first time experiences. i.e. running a marathon, having a child, traveling overseas, sexual forays. Most of the stories were submitted by other writers but I included two of my own.

Last spring an idea for a second book floated through the window. This time, the lens through which to tell people’s often unheard stories focuses on revealing the struggles and triumphs behind people’s physical scars. A scar often represents a pivotal point in a person’s life. The story lies in how they handle that pivotal event.

I got excited about American Scar Stories right away which is a good sign. You need a truckload of excitement and passion to take a vague idea to a finished product.

How did you find the 12 subjects for your book and convince them to share their stories?

This took a lot more time than first expected. I lived in Virginia for less than a year when I started this book so I didn’t have a network of people to ask. I found three people through a Craigslist ad which of course generated much more than three responses including your run-of-the-mill insanity. I met up with about eight people from that ad and ended up with three people in the end.

I found a few more people through word of mouth – friends of the photographer, friends of other people signed up for the book; I found one of my favorite stories through emailing about 50 Meet Up groups and getting one response; I found one person on Google; I met one person at the gym. 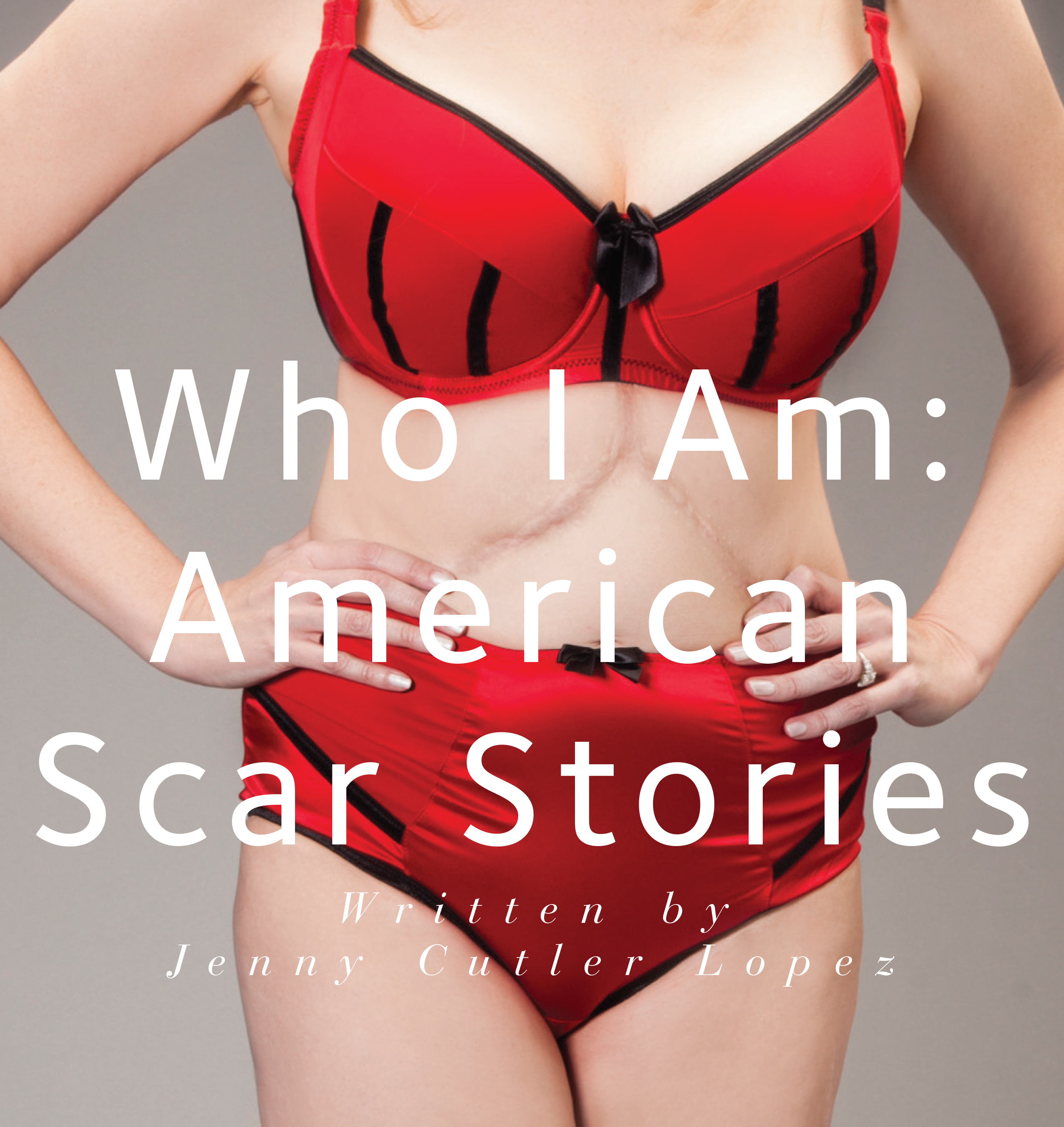 Did a lot of people turn you down at first?

I’ve had positive responses for the most part. But some people simply don’t want to talk about their scars. I ran into Jose at the gym and he took some convincing to be in the book as he had no idea who I was or if I was for real. His scar runs from his forehead, over his eye, and down his cheek. He got that scar after two guys tried to kill him. So I was persistent. 

Do you have any scars yourself?

I have only small scars. At 19 years old, I worked in a sausage factory where I got most of my hand scars. When I was 2, I got the scar over my eye when a knife fell off the top of the fridge and sliced me.

What’s the one thing you’d love readers to take away from American Scar Stories?

I’d love readers to feel a connection to the people in the book. We all have poignant stories from which we learn life lesson. Each story in the book reminds us when life throws us a curveball, your life can actually improve if you handle your challenges with grace and tenacity.

What was the hardest part about writing this book?

I think like most writers, I find the hardest part is juggling my time. I could spend 18 hours a day interviewing, writing, editing, rewriting, deciding on direction, reading and learning from other writers and indie-publishers, figuring out how to market, building a platform, delivering value to readers, promoting, and continuing to hone the craft of nonfiction writing. But… I am also a mom of two young kids, a wife, and a woman who likes to lift weights and read for pleasure.

What’s the most important thing you took away from writing American Scar Stories?

Two things: First, build a platform before you write a book!

Second, this might sound like a cliché, but in the past year I have developed a profound sense of gratitude for my life because of the people in my book. They taught me to stop wishing life was different or better. The grass is pretty green where I stand.

Pre-Order Who I Am: American Scar Stories