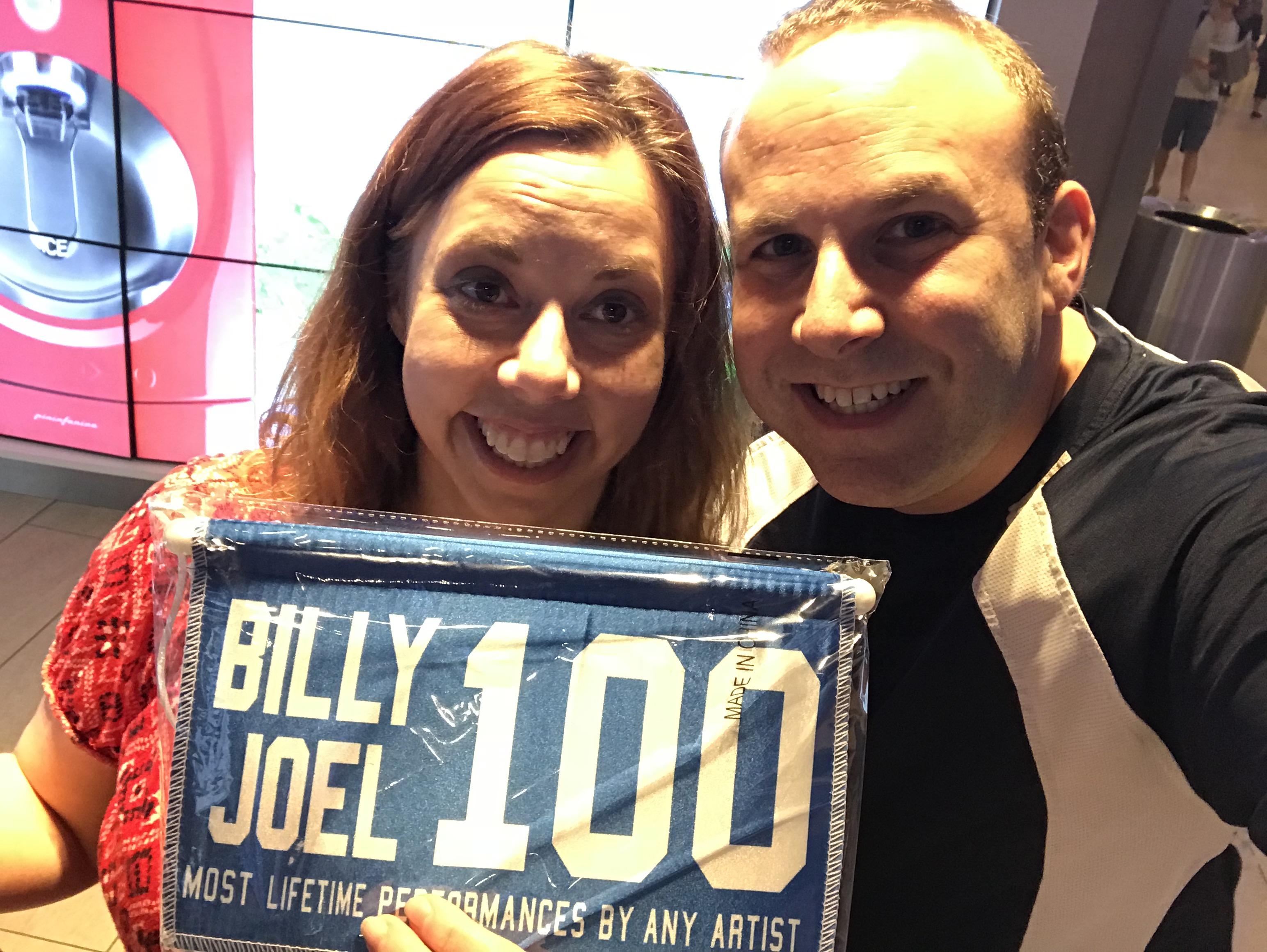 Seeing Billy Joel at Madison Square Garden is something that’s always been on my bucket list. My wife Allison’s too. So when our 20th wedding anniversary crept up on me last month, I figured it was time.

I surprised Allie with tickets to Billy Joel at MSG with some pretty sweet seats. Now, I rarely go to concerts. It just isn’t my thing. Same with Allie. But this was Billy Joel. The Piano Man. 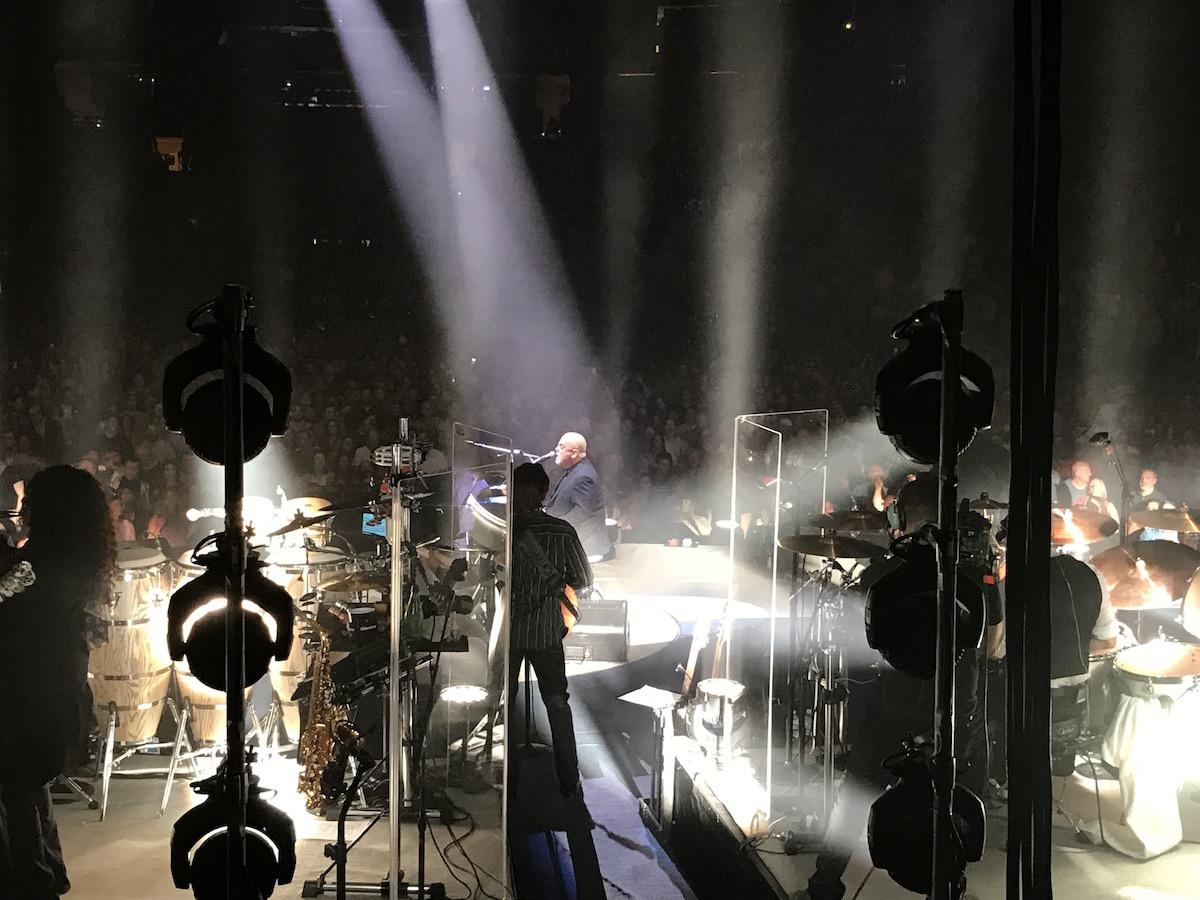 The way Billy Joel sets up his concerts, every seat in the Garden is a pretty good one. There’s no huge backdrop to block the views. So I ended up scoring seats in the back of the stage in the second row. We were technically behind the show, but Billy and his piano rotated 360-degrees the entire time, and many of the other musicians turned around often to rev us up.

If you can’t afford tickets for the first few rows in front of the stage, I highly recommend considering the back because you really get a close view of everything. You also get to see the stairs that Billy Joel and company walk up to get on the stage. 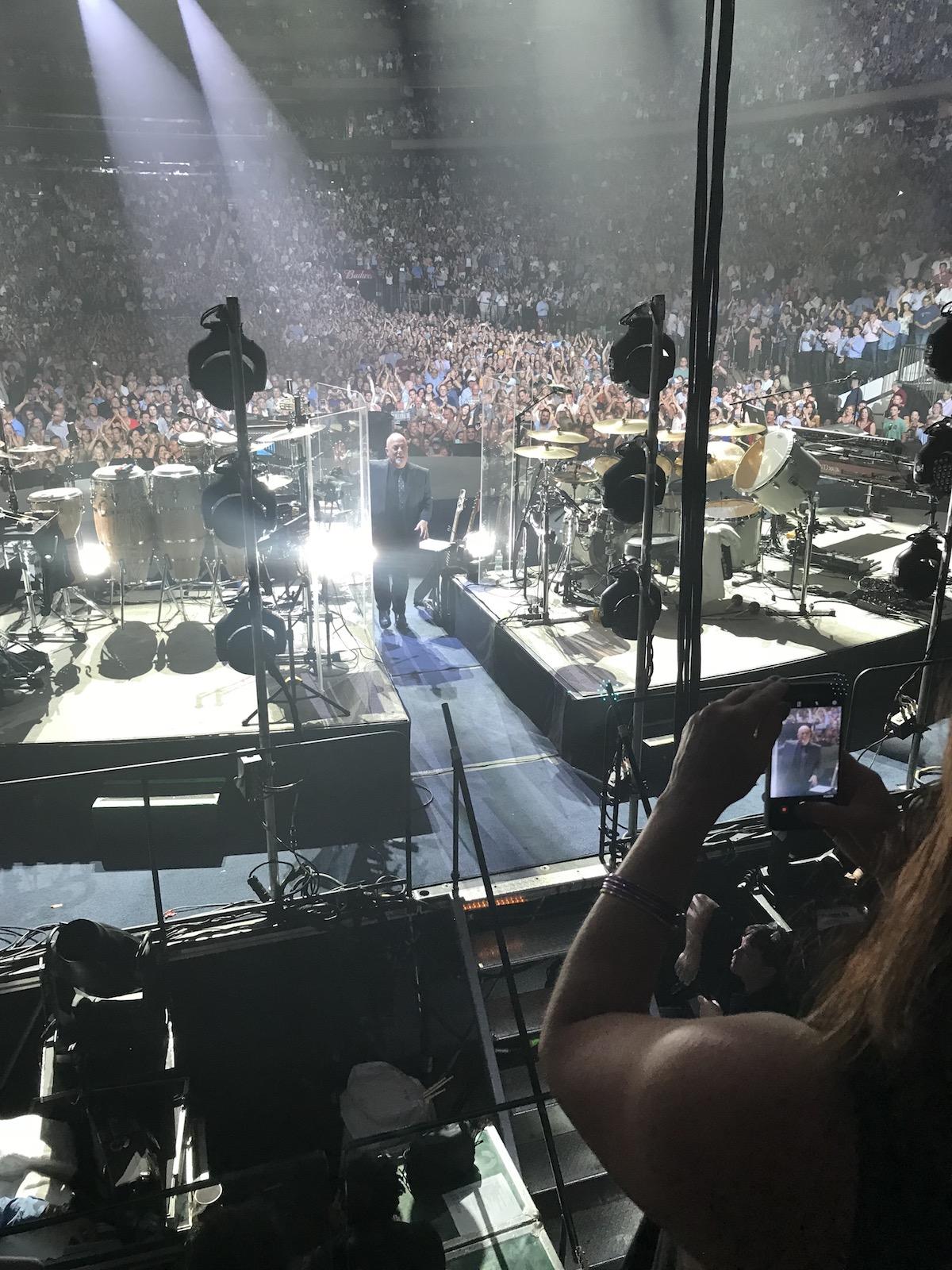 The show itself was fantastic. It’s relaxed and feels like you’re hanging out at Billy’s house with your friends having the ultimate sing-a-long. On a number of occasions, the Piano Man let the crowd choose the next song based on multiple choice. It was like one of those awesome Choose Your Own Adventure books, only with cool music as the ending instead of getting shot in the old west by a bad guy. 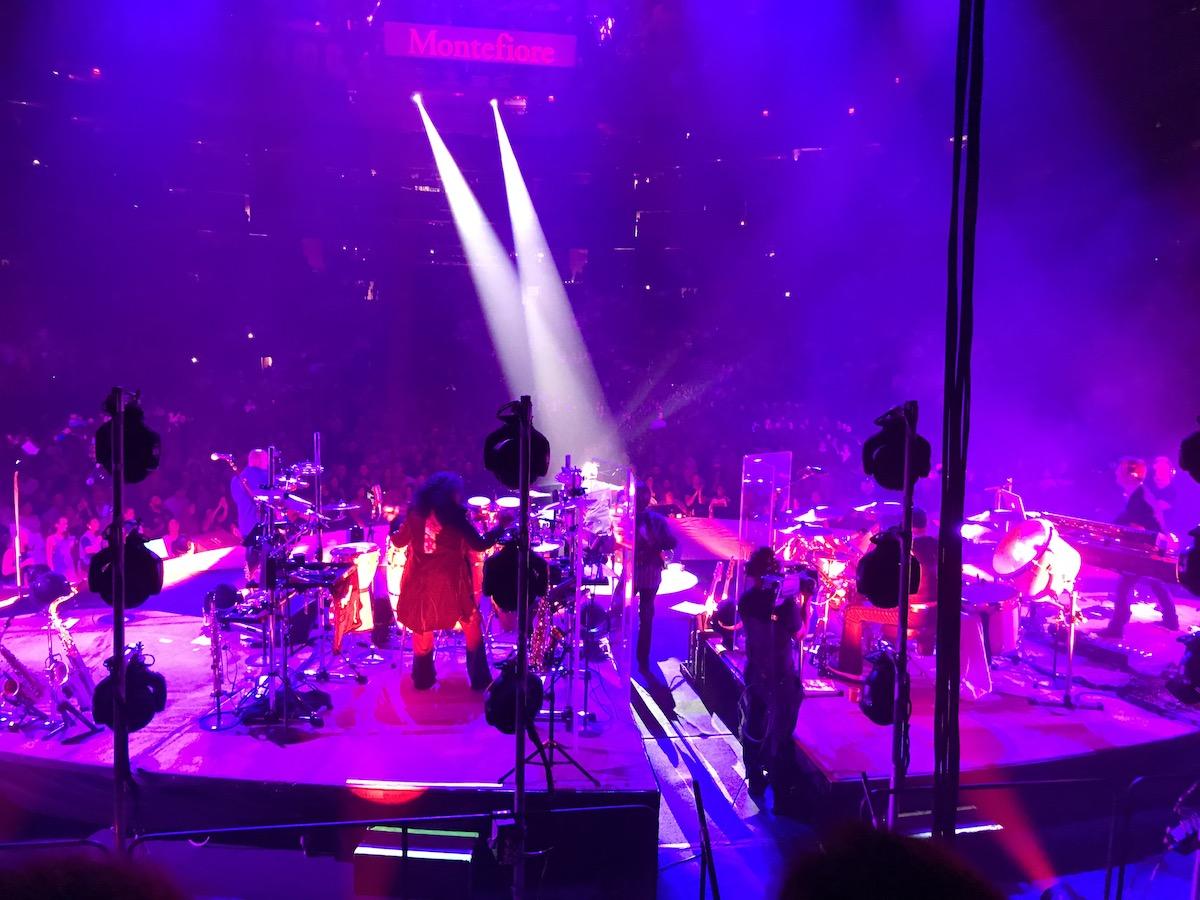 I’ll admit that I didn’t know every song that was on his setlist, but I certainly was familiar with the bulk of his hits. My Life. The Entertainer. Big Shot. She’s Always a Woman. And yes, of course, Piano Man.

During Piano Man, the entire crowd was singing every single word that at one point, Billy stopped singing to take a sip from his coffee mug and no one missed a beat. 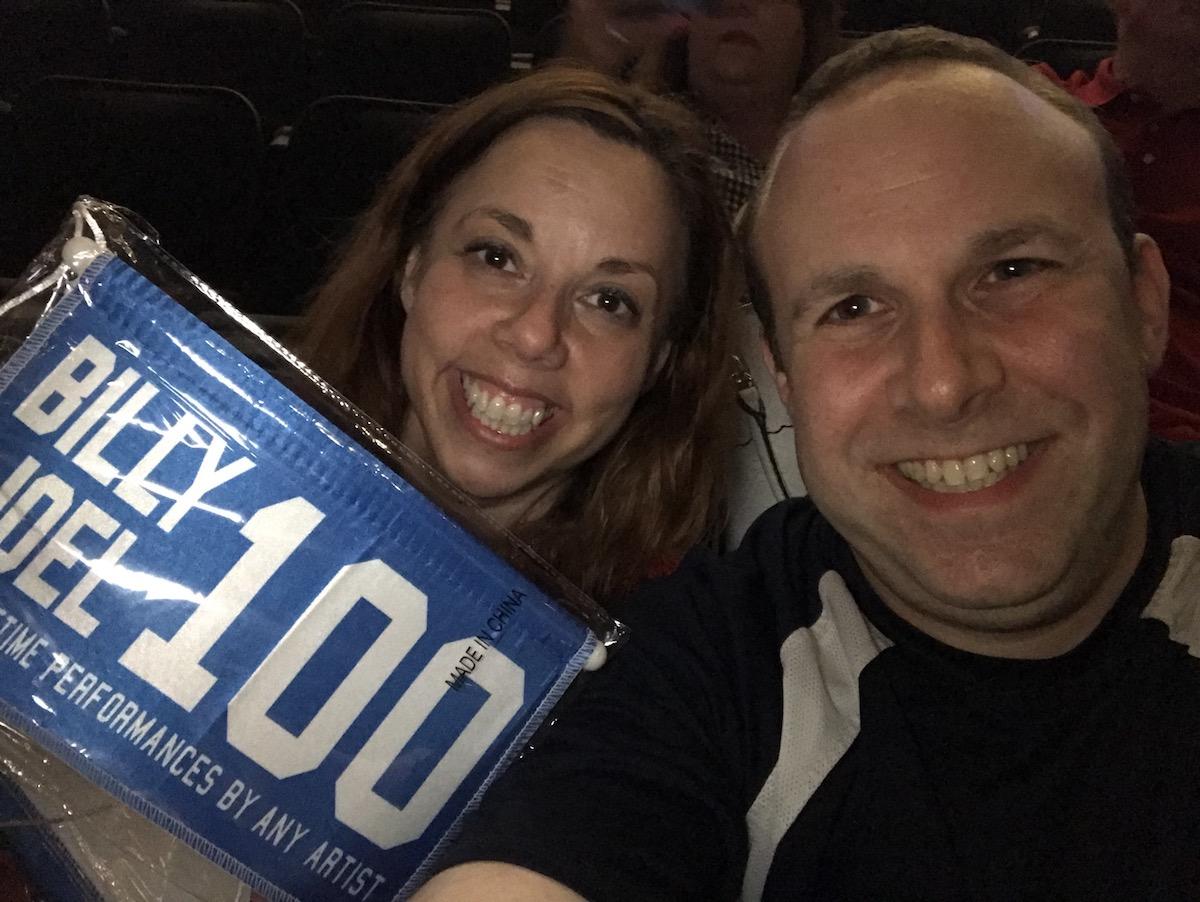 Oh, I forgot to mention one thing. When I picked the date for the concert, I was debating a number of different dates. The next available after our anniversary was July 11, but that was a Wednesday night. I didn’t know if a weekend would be better or not, so I went back and forth and ultimately decided to go with the soonest date.

As it turns out, July 11 was a very special day. It was Billy Joel’s 100th performance at Madison Square Garden. Who knew?!? Well, apparently a lot of people. Q104.3’s Jim Kerr gave a nice speech about Billy Joel right before a 100 Performance banner was raised to the rafters to sit among retired New York Rangers and New York Knicks jerseys and banners. Fans in attendance even got a replica banner to take home. Swag! 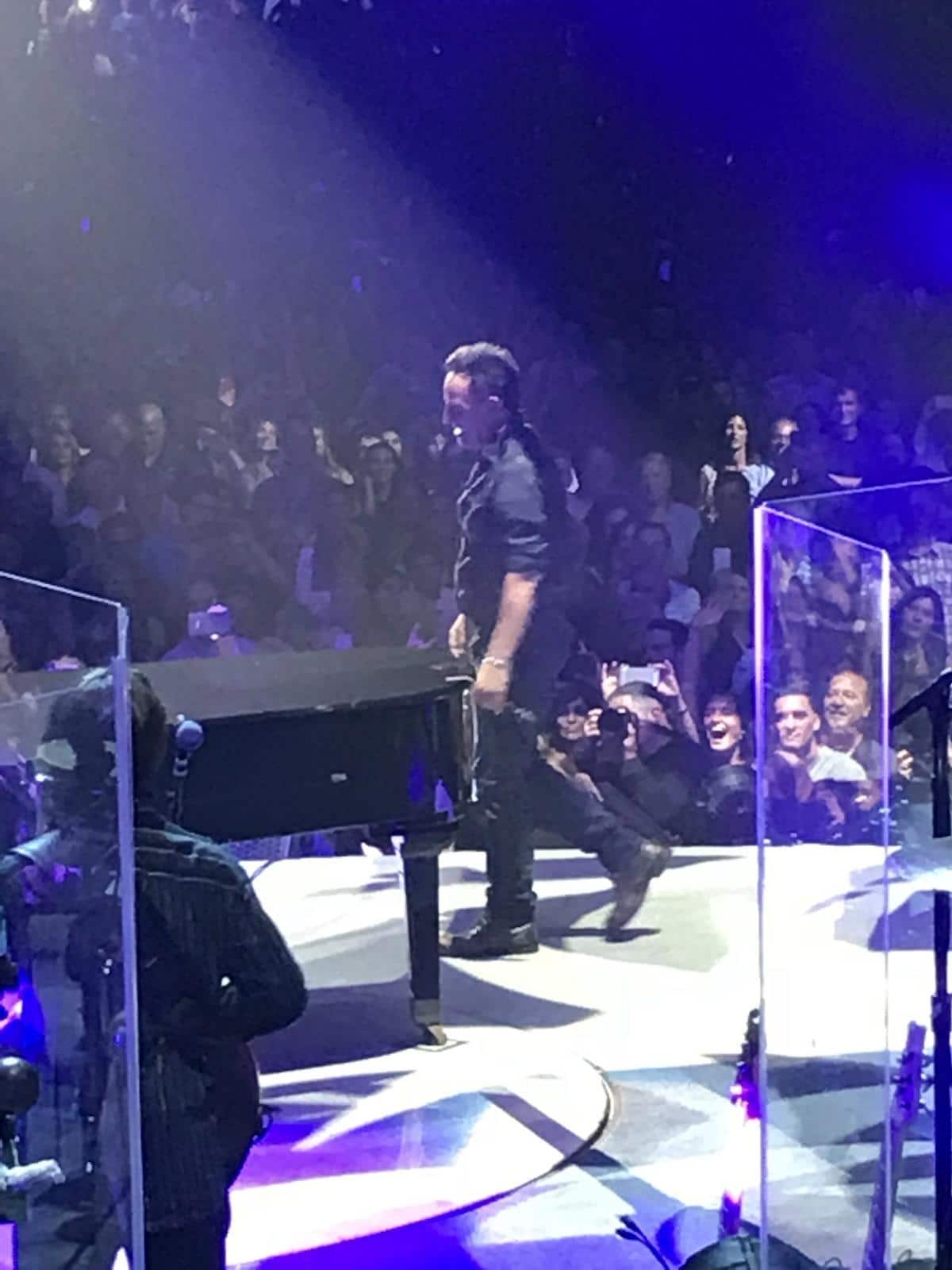 It also meant that Billy had a little surprise in store for everyone. A very special guest star that brought the already electric crowd up yet another notch. Yes, Bruce Springsteen was in the house! 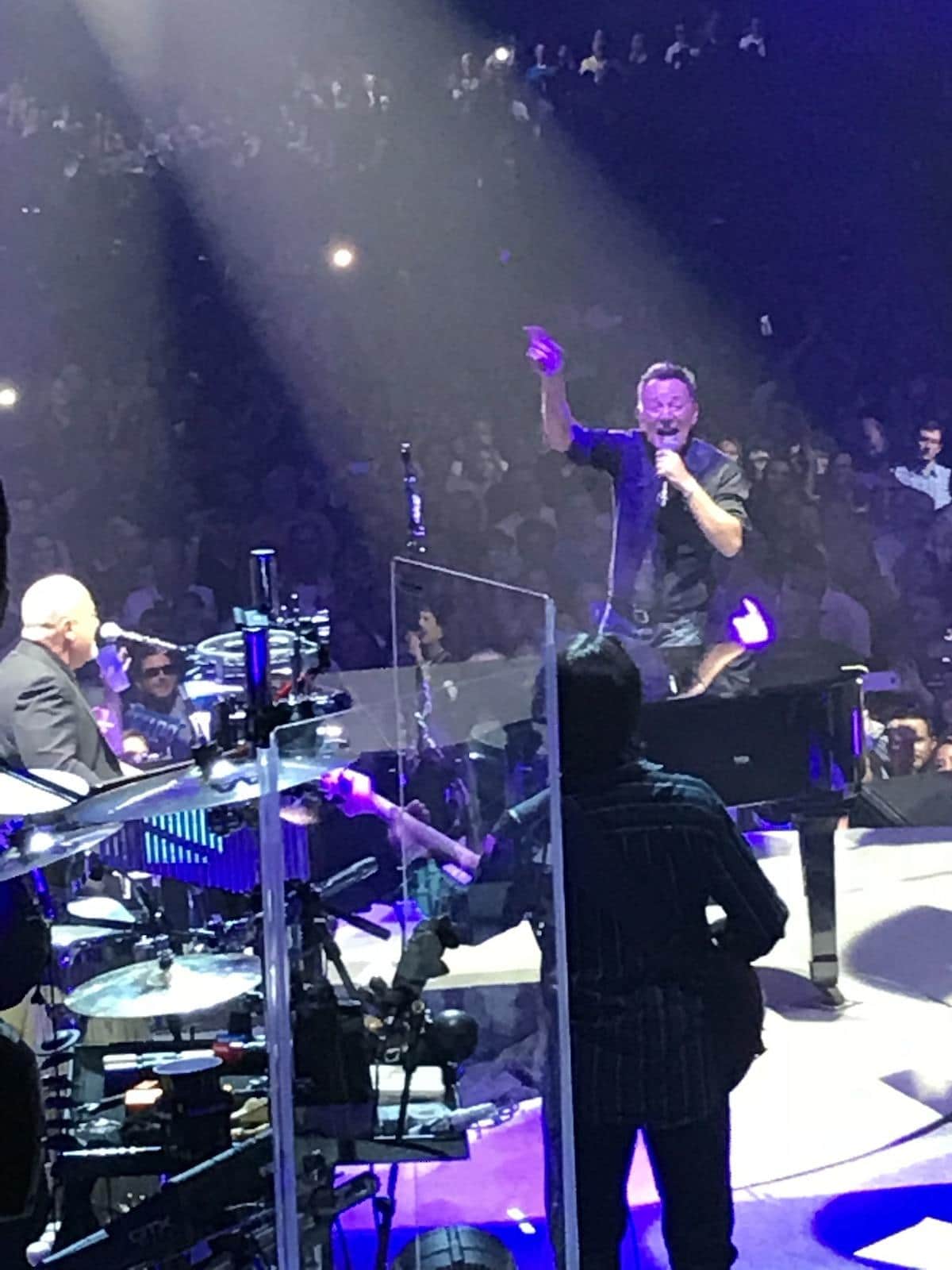 I’m not the biggest Bruce fan in the world but I do like his Born to Run album. And I have to say, Bruce has insane energy. He rocked out to two of his songs (Tenth Avenue Freeze-Out and Born to Run) with Billy Joel accompanying him on piano and with a number of verses. It was pretty amazing to hear and see the two legends share the stage like that. 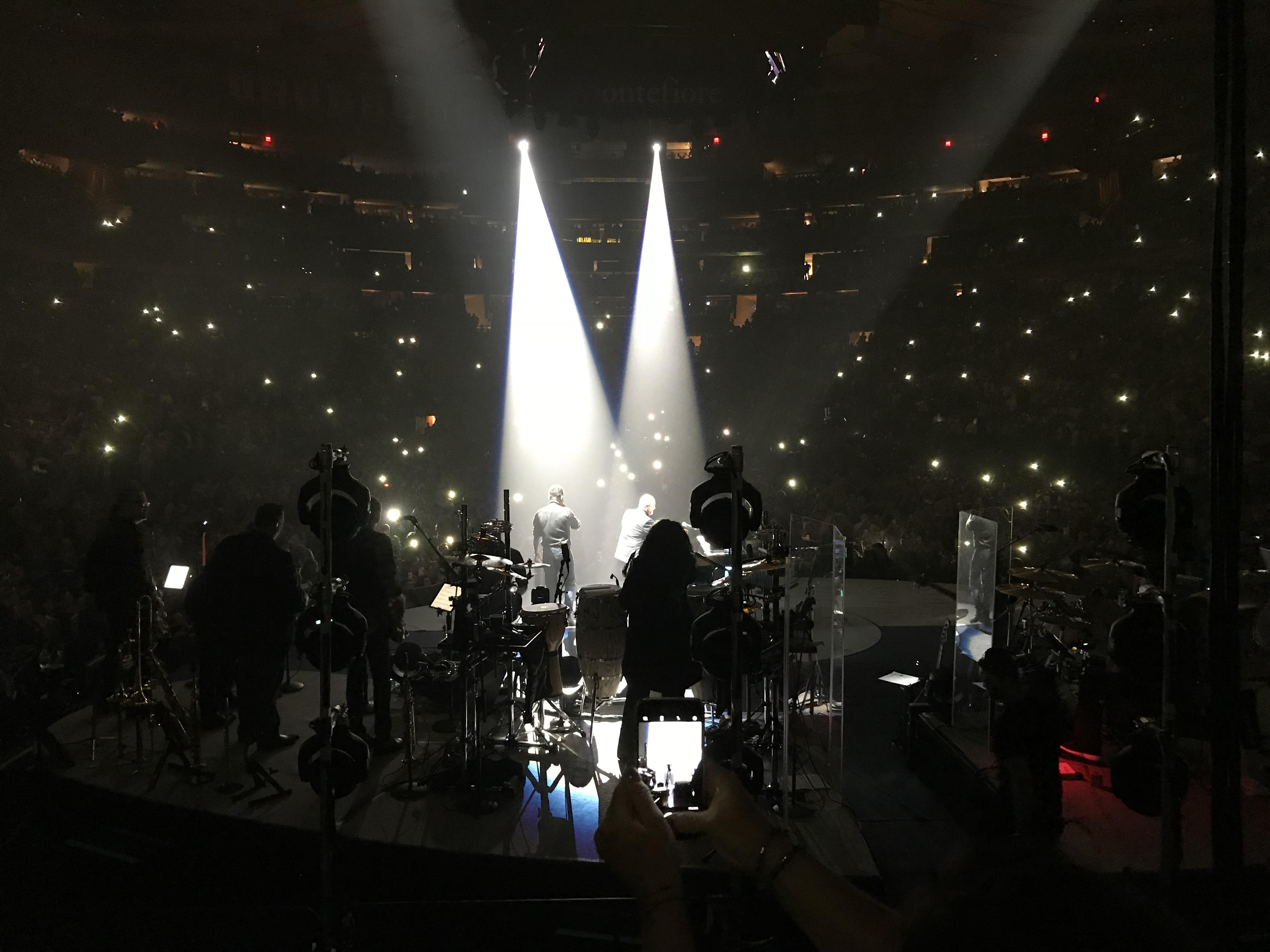 Bruce left and Billy played on into the night. All in all, he was the Entertainer for a good 2 1/2 hours, including an encore. At one point, I was shocked to see Billy Joel walk on stage with an electric guitar. But after a few quick riffs, I soon realized he was playing right into We Didn’t Start the Fire. 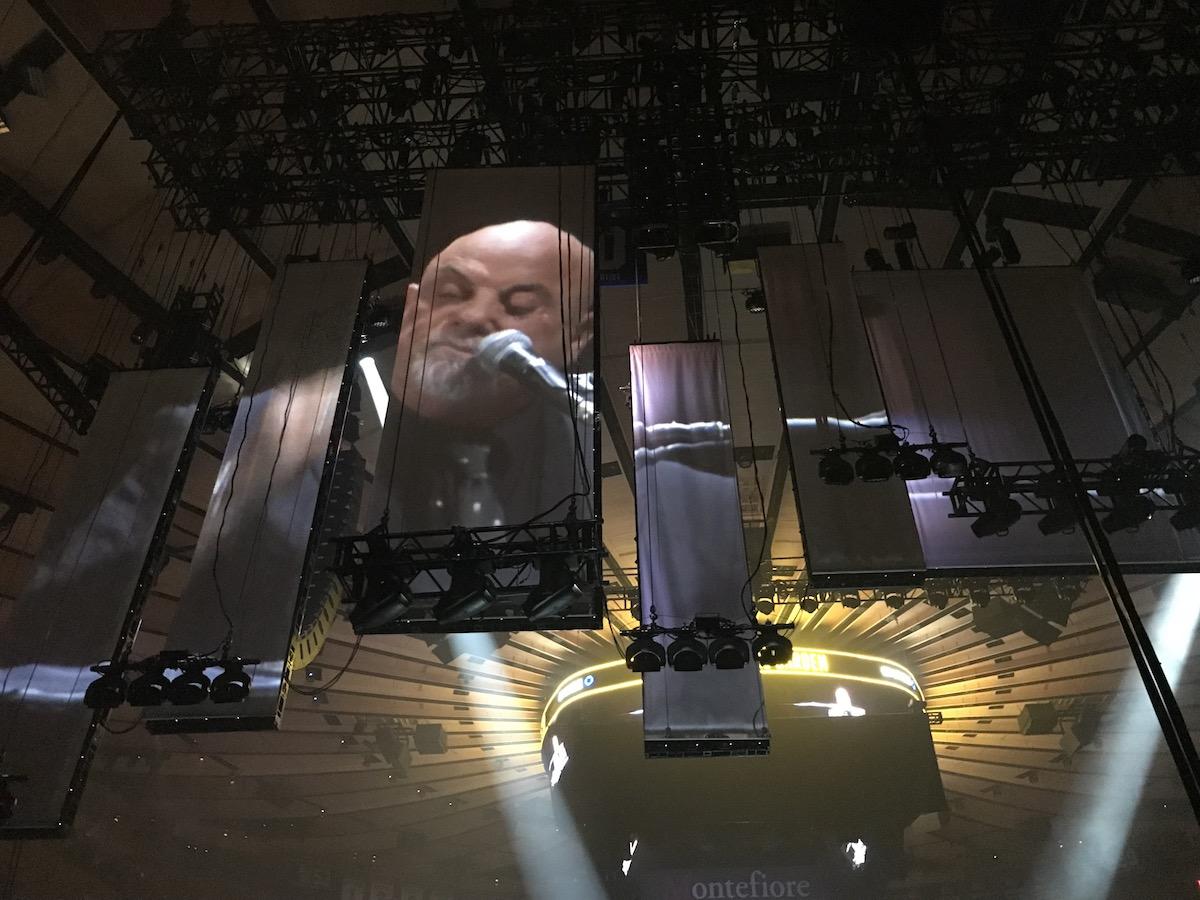 It was truly an amazing night and one that I know my wife and I will never forget. The only song I was really hoping to hear that I didn’t was one of my favorites: Pressure. I guess we’ll just have to get tickets again!