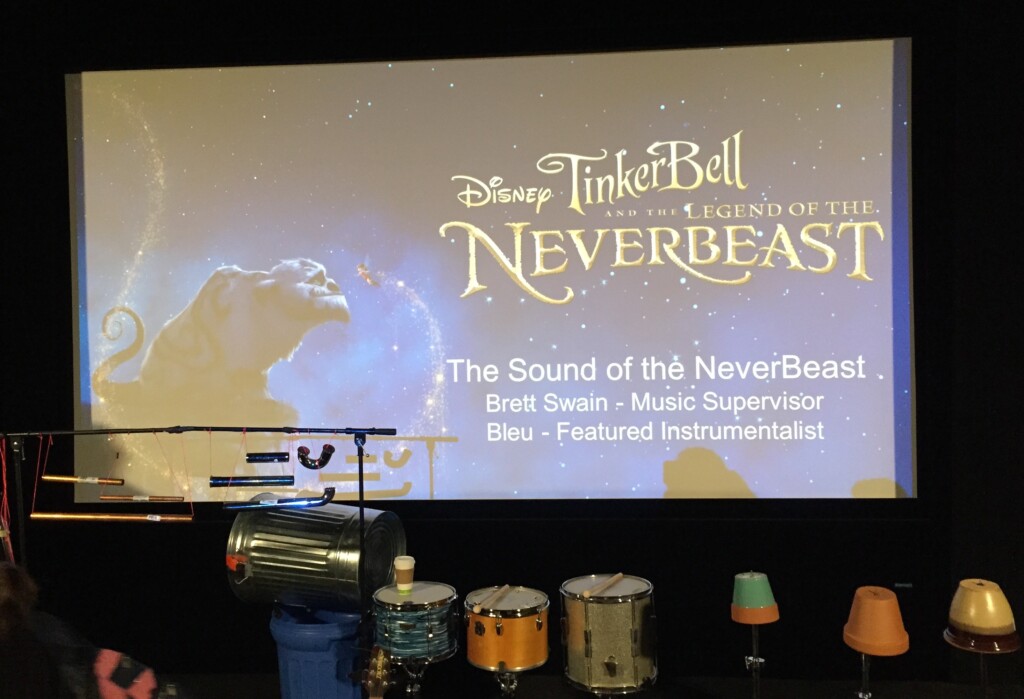 When it comes to movies, I’ve always been fascinated by sound effects and music. Just think how incredibly boring that Star Wars opening would be without Jon Williams’ crazy score. Or Ariel’s voice-losing “Ah, ah, ah” tune as Ursula snatched it right out of her throat.

Whether it’s part of the actual story or just another piece of the puzzle, music certainly controls a large part of emotion in any kind of storytelling.

As part of my recent trip to the Disney Toon Studios for a slew of activities surrounding the new TinkerBell and the Legend of the NeverBeast feature, myself and two dozen bloggers had the privilege of sitting down with the team behind the movie’s score.

“I produced all the songs on the film, wrote a couple of them, and then worked on the sound palette for the film,” said featured instrumentalist (and established songwriter/artist) Bleu, who first became involved in the project simply because Director Steve Loter was a big fan of the musician’s work.

“Steve is a huge music nerd. He had been a big fan of my career for many years,, and had been listening to my records a lot while he was working on the film. He came up to me after a show and said, ‘Hey, I have this project I’m working on. I can’t really say too much about it. But I think you might like to be involved in it.'”

“People come up to me after shows all the time and stuff like that. But then I walked into this building for my first meeting, I was like, oh, man,I think I might be making some music for a Disney film. It’s been nothing but an amazing journey since then.”

For TinkerBell and the Legend of the NeverBeast, all new sounds were needed. It all helps present this huge, looming figure named Gruff, along with his whole world and cave. To come up with a unique sound color palette for Gruff, Bleu looked to his thumb. A Green Thumb, that is.

“One of the wonderful things we stumbled upon,” he said, “are these planters from the store. All the ones that you use for outside have a hole in the bottom so the water can drain, which actually makes them perfect for placing on cymbal stands. They all have a unique pitch to them. We got dozens of pots of all different sorts and we ended up using a lot of these in some of the more eerie scenes for Gruff.”

To get an even bigger sound for Gruff, all sorts of drums, Toms and even trash cans and big metal vents were used. But perhaps the coolest thing Bleu devised for the film was a way to truly present the unique sound of Fawn herself. To do so, he actually helped invent a totally new instrument.

“I actually developed this with the percussionist who worked with me on the film. We call it the Dulcitar [dulcimer + guitar]. I wanted to use acoustic stringed instruments on the film because I have a big background in that. But I didn’t want it to be an acoustic guitar score because that has a specific connotation of folk music or country music. I was looking for new ways to play acoustic instruments. And what we ended up coming up with is this idea.. It takes two people to play it. We use these dulcimer hammers, which are normally used to play hammer dulcimers as you might imagine.”

As for getting Nix’s sound right, rather than go with an expected militaristic drum sound, Bleu looked to something a bit more tubular.

“The obvious place to go for her would be military type instruments, marching, snares or bugles. But the director told us specifically to stay away from any military kind of instruments. She’s actually not a bad guy in the film. She’s just coming at it from a different perspective. Early on I had found these pipes and rigged up these things to play all these pipes. And it’s very simple. It’s basically just pipe – copper pipes and chrome pipes. I ended up working out perfect because when you play them quickly, they have a lot of action and motion to them.” 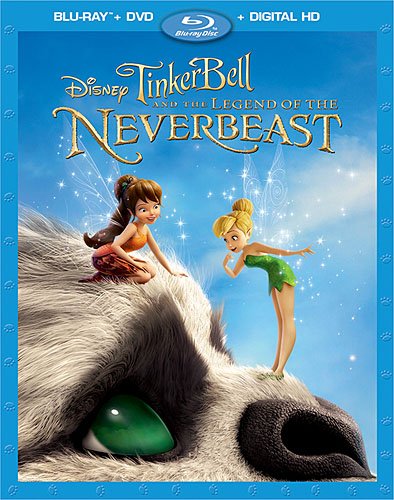 6 thoughts on “Feeling Bleu: The Sound Behind TinkerBell and the Legend of the Neverbeast”