This shop has been compensated by Collective Bias, Inc. and its advertiser. All opinions are mine alone. #ManCaveMovieNight #CollectiveBias​ 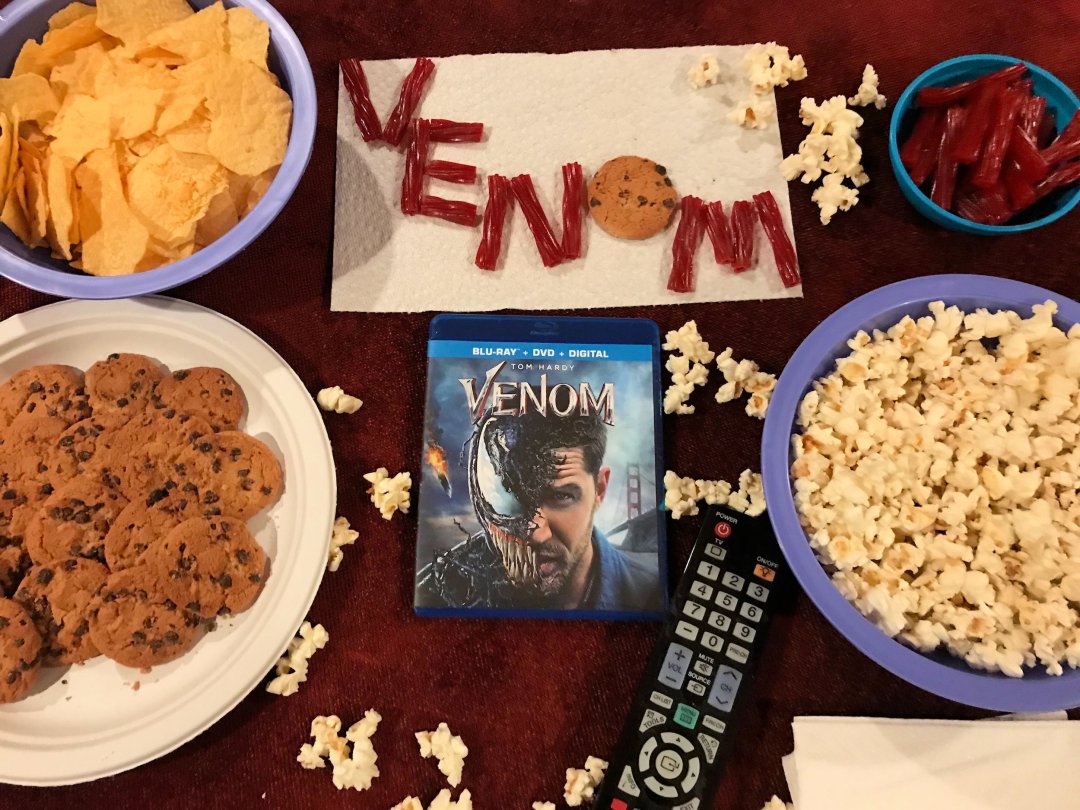 Click the image above to snag your copy of Venom at Walmart.com today!

Nothing says guy bonding like a good action flick. And that’s exactly what I plan on doing with my two teenage boys this month as we celebrate the holidays with some serious TV time. Top on our list is Venom Blu-ray!

We missed it in theaters when it first oozed onto the Big Screen, so we’re all eager to catch up on this one. You can grab it at Walmart starting December 18, 2018. Even cooler, Walmart’s offering a Venom Retro Action Figure Movie Gift Set to go with the standard Venom Blu-ray.

For those not in the know (and where have you been hiding?), Venom is an action-packed anti-superhero movie by Marvel that stars Tom Hardy as the tough, no-nonsense journalist Eddie Brock. As a writer myself, I always liked Eddie Brock in the comics, especially since he’s built like a linebacker. No one’s intimidating that guy.

So what happens when a tough-as-nails journalist who always hunts down the truth starts snooping around a real shady company that’s apparently found a new lifeform? Yeah, you get more than you’ve bargained for, that’s what. Eddie comes face to… er, face (?) with a symbiote that basically merges with him and the two become… well, anything but super.

Yes, “I” becomes “We” as Eddie and the symbiote join to birth Venom. Poor Brock must split his time between fighting off this symbiotic lifeform trying to take control of his body, and the evil corporation looking to shut him down and keep their secret safe. 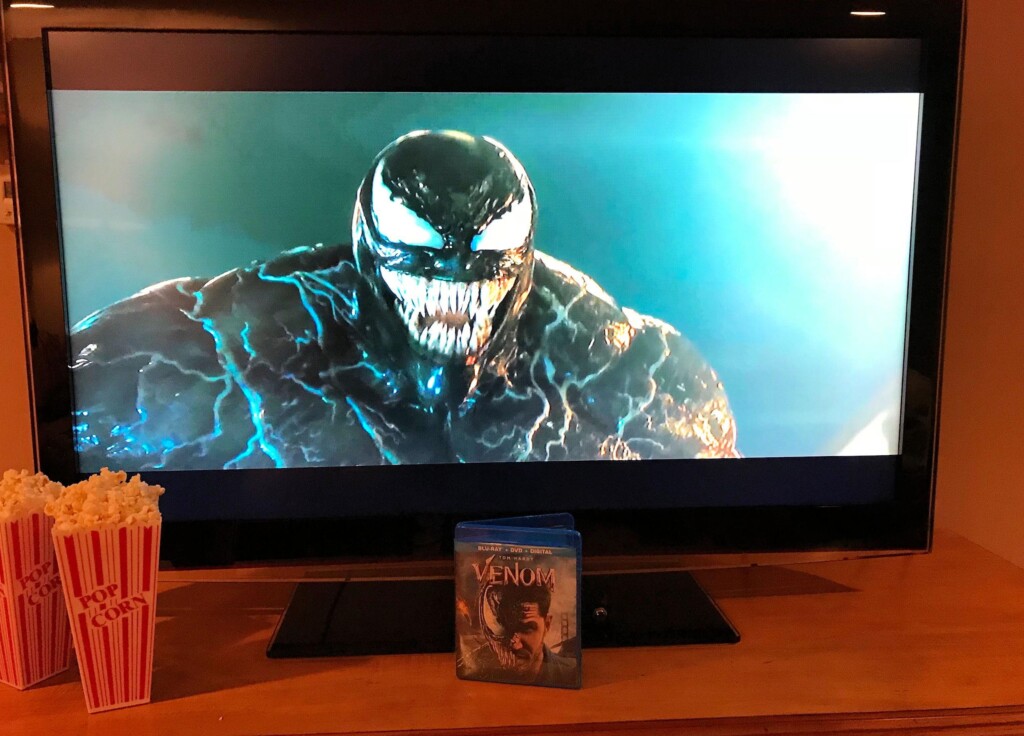 With a premise like that, I expect to see a lot of punches thrown. And a lot of explosions. And a lot of big, nasty sharp teeth. I also expect to see Venom doing things that regular superheroes don’t do. Like really bad stabby, killing type things to the bad guys.

The Venom Blu-ray includes an extended post credit scene as well as deleted scenes. There’s also over an hour of exclusives:

For the perfect guy bonding experience (and I don’t mean Eddie Brock and the symbiote), I’m filling up the bowls with snacks and kicking back on the couch with the boys while we watch Tom Hardy try to save the world (if he doesn’t destroy it first). 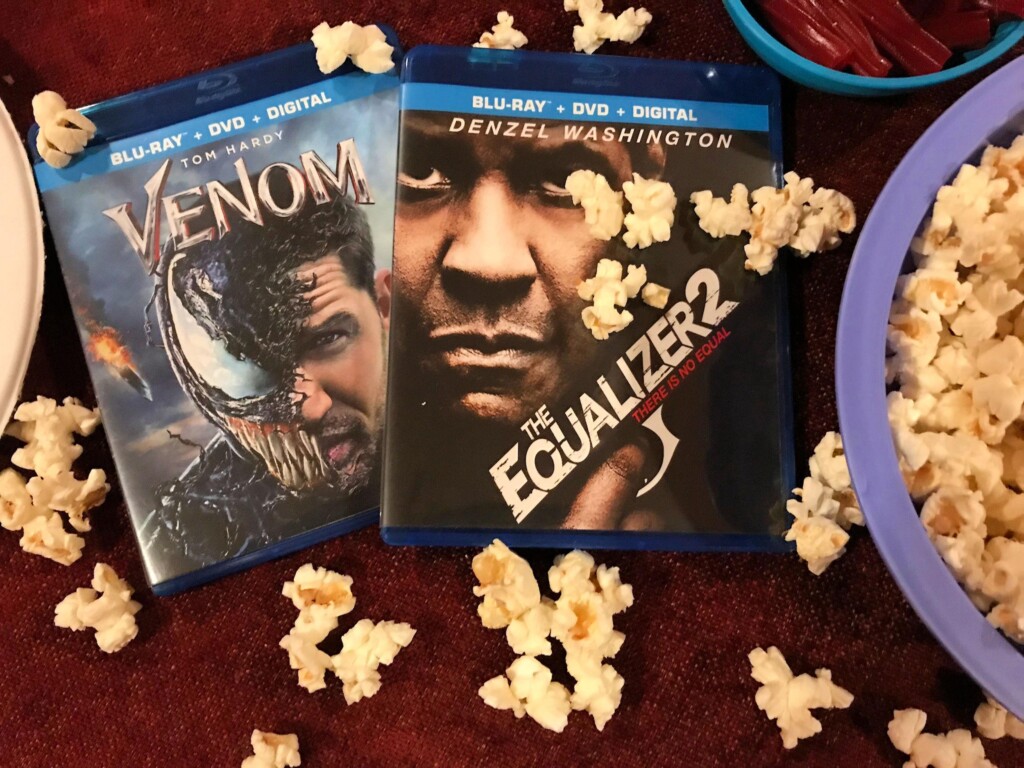 Another great action-movie hitting Walmart’s shelves this month (12/11/18) is Equalizer 2 starring Denzel Washington. They’ll both make great stocking stuffers and the Venom Blu-ray will fit right in with all of the other superhero movies on your bookcase. Plus, you can grab a Walmart Exclusive Equalizer 1 and Equalizer 2 Movie Collection on Blu-ray.

If you need a way to bond with the guys or your older boys, then head over to Walmart to pick up these two Blu-ray editions. After all, “The World Has Enough Superheroes.” 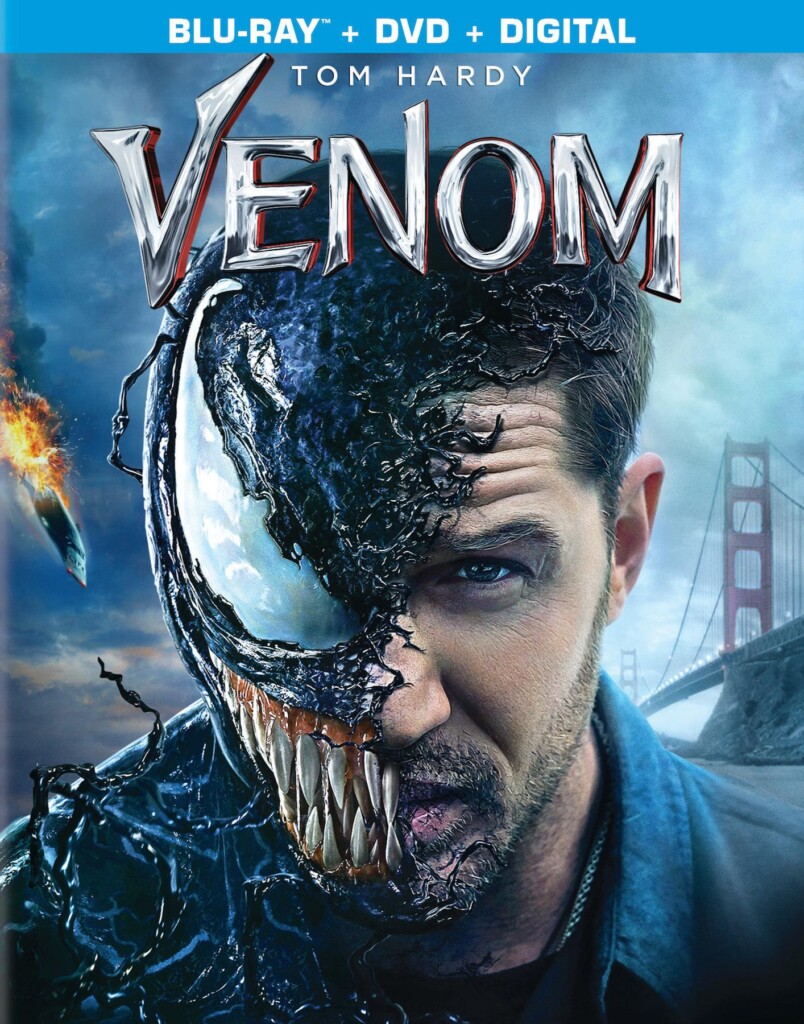