New York City is certainly known for its quirkiness. Take a trip to Manhattan and you’re bound to see something wacky. Something unique. Something pretty darn cool.

Take today for instance. While taking a walk during my lunch break, I headed over to Macy’s at Herald Square (35th and Broadway). And wouldn’t you know it, right there in the street, in front of Macy’s itself was a swimming pool. A two-lane swimming pool. In October.

Last month, Diana Nyad broke records by swimming from Cuba to Florida. This month, she ups the danger factor by swimming in the middle of Manhattan! Yep, Diana is swimming for 48 hours in a two-lane pool in Herald Square to raise money for Hurricane Sandy Recover via AmeriCares.

Learn more about NYAD Swim for Relief and follow all the action with the hashtag #SwimForRelief. They even have a live cam on their site.

Tons of big name sponsors were on hand too to offer support! Tampax had a huge poster, where they encouraged individuals to write down how they live their lives without limits. 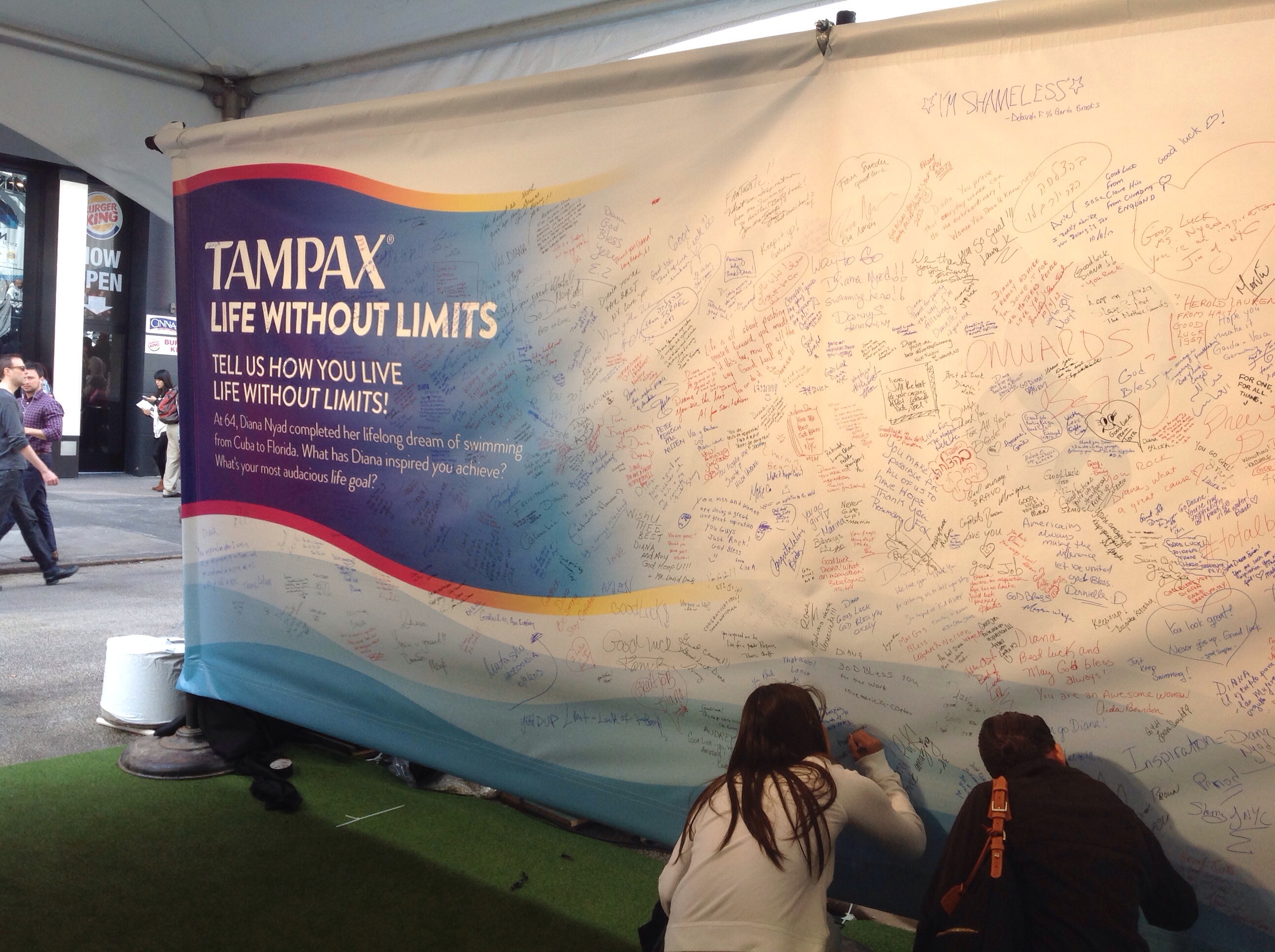 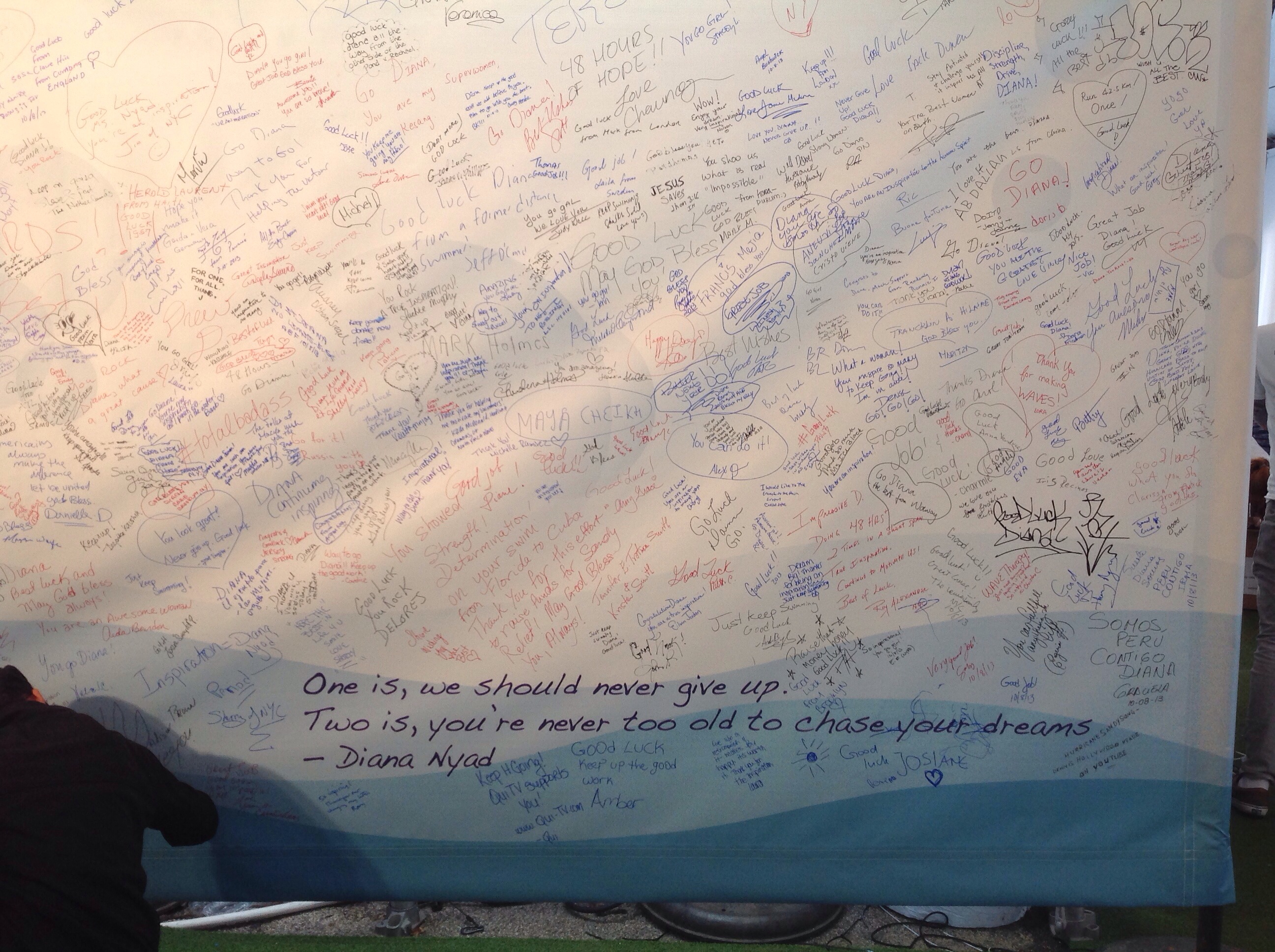 The two-lane lap pool in front of Macy’s in Herald Square. 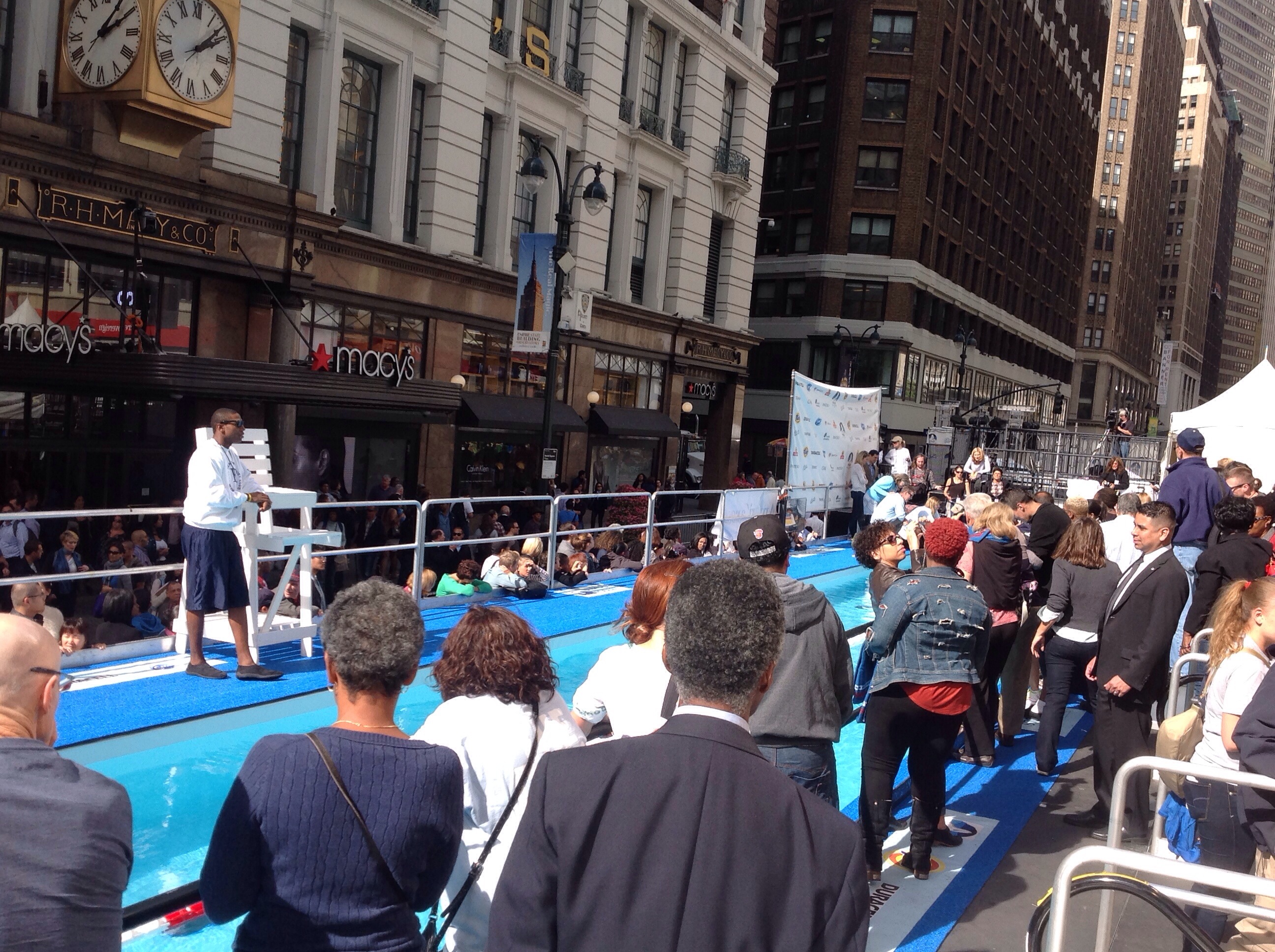 Diana’s waiting to start with a new partner. I don’t remember the guy’s name but he’s from the NYPD, and got a nice rousing cheer for that. 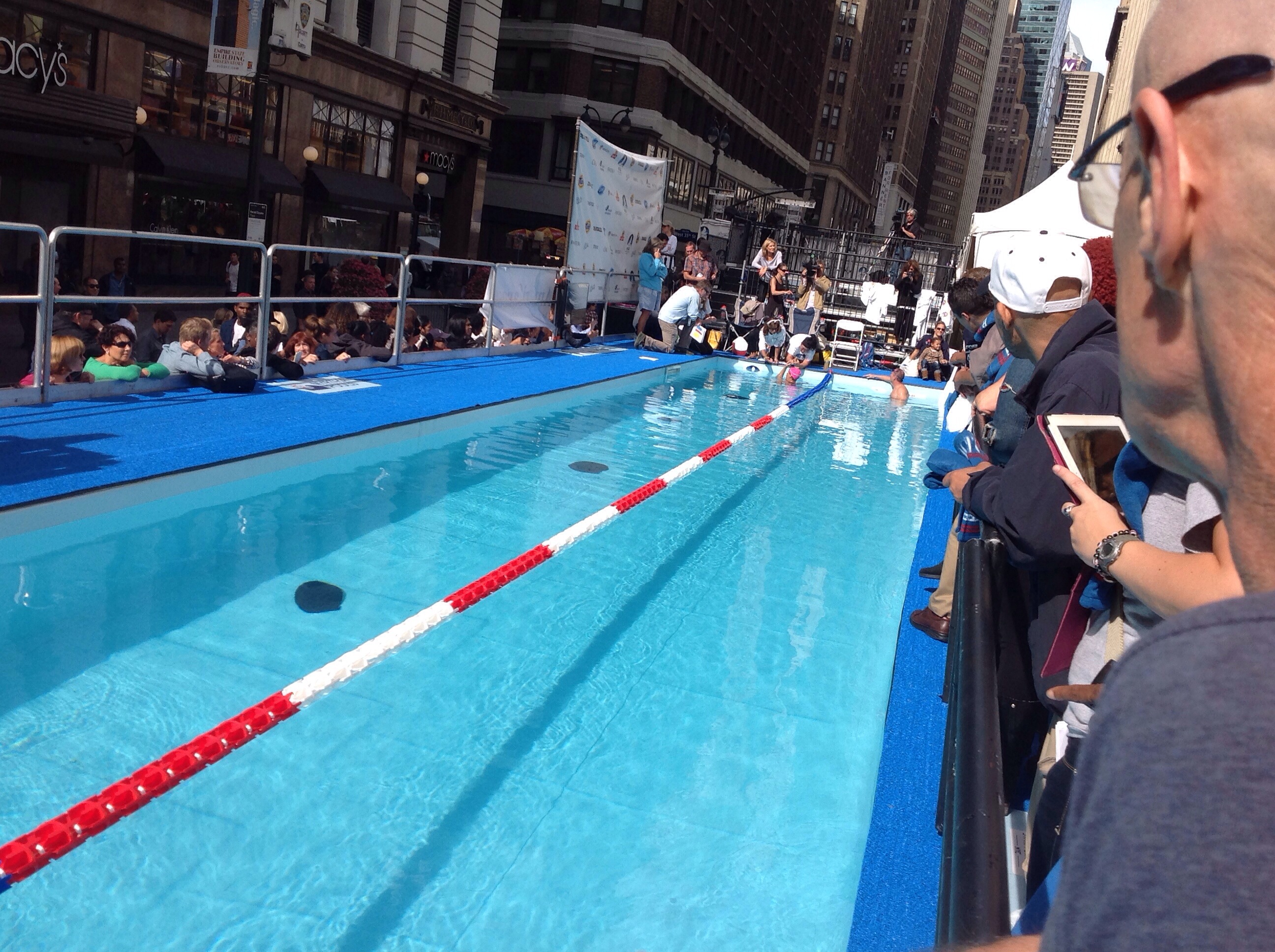 And off they go… 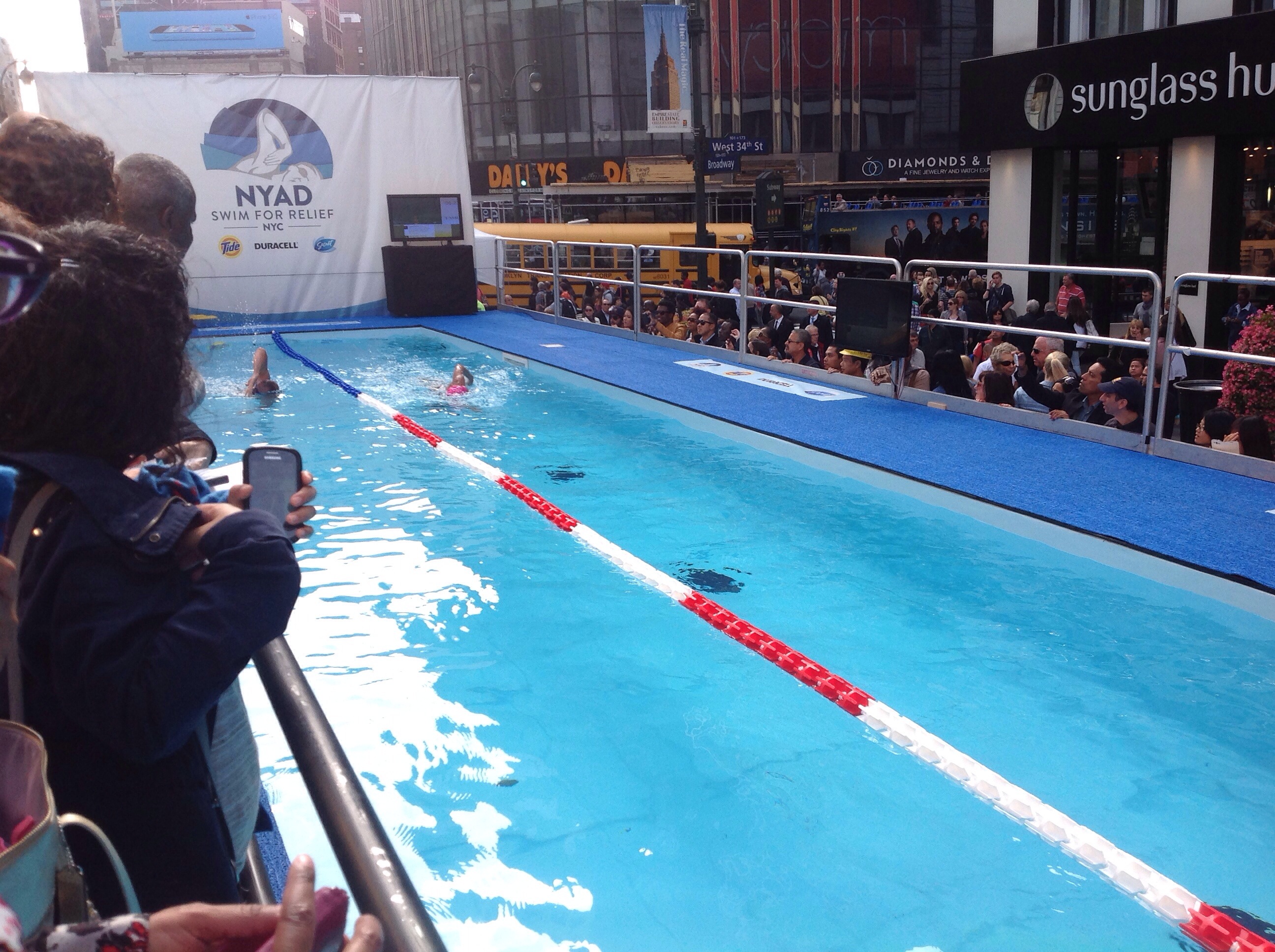 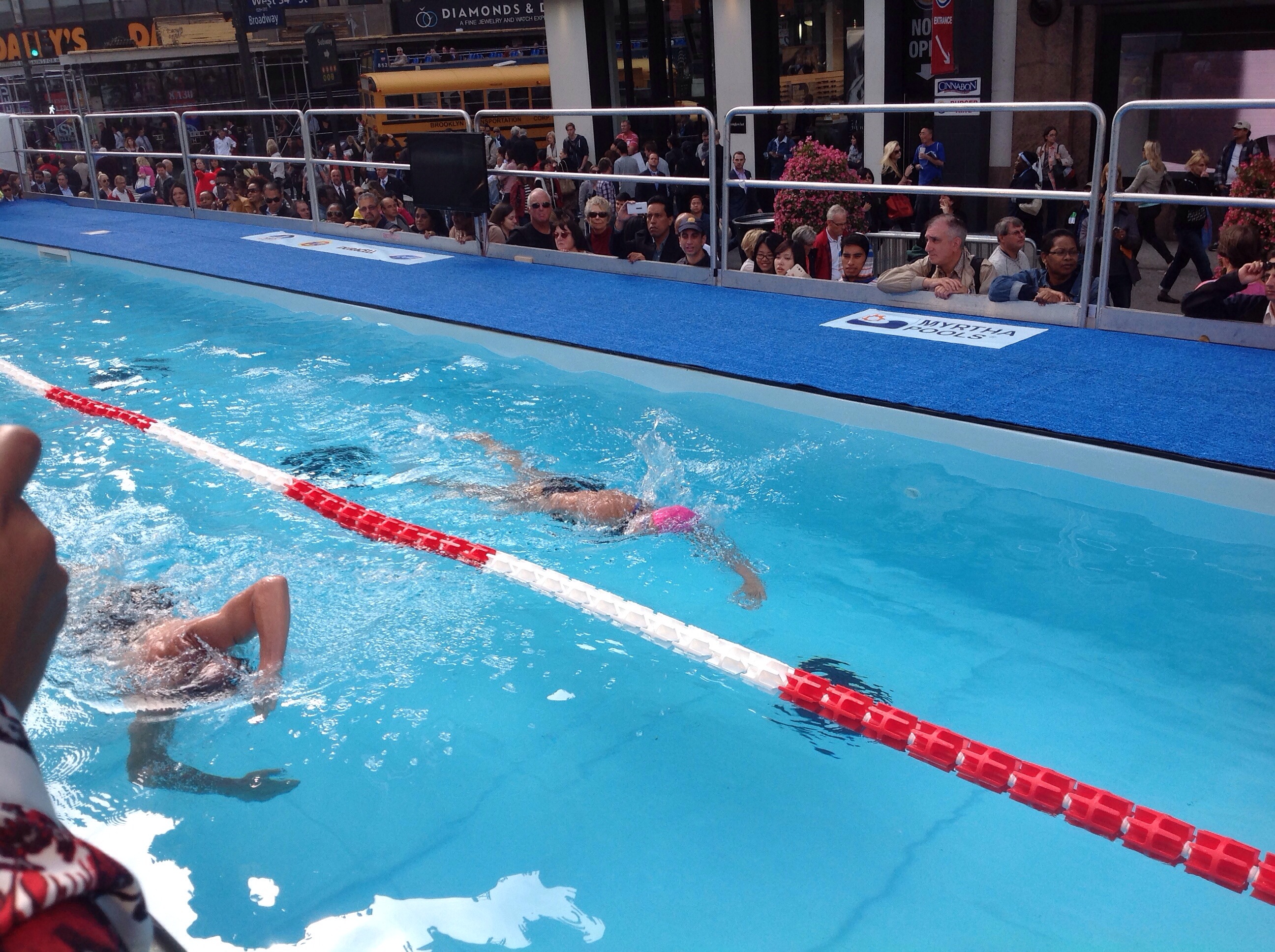 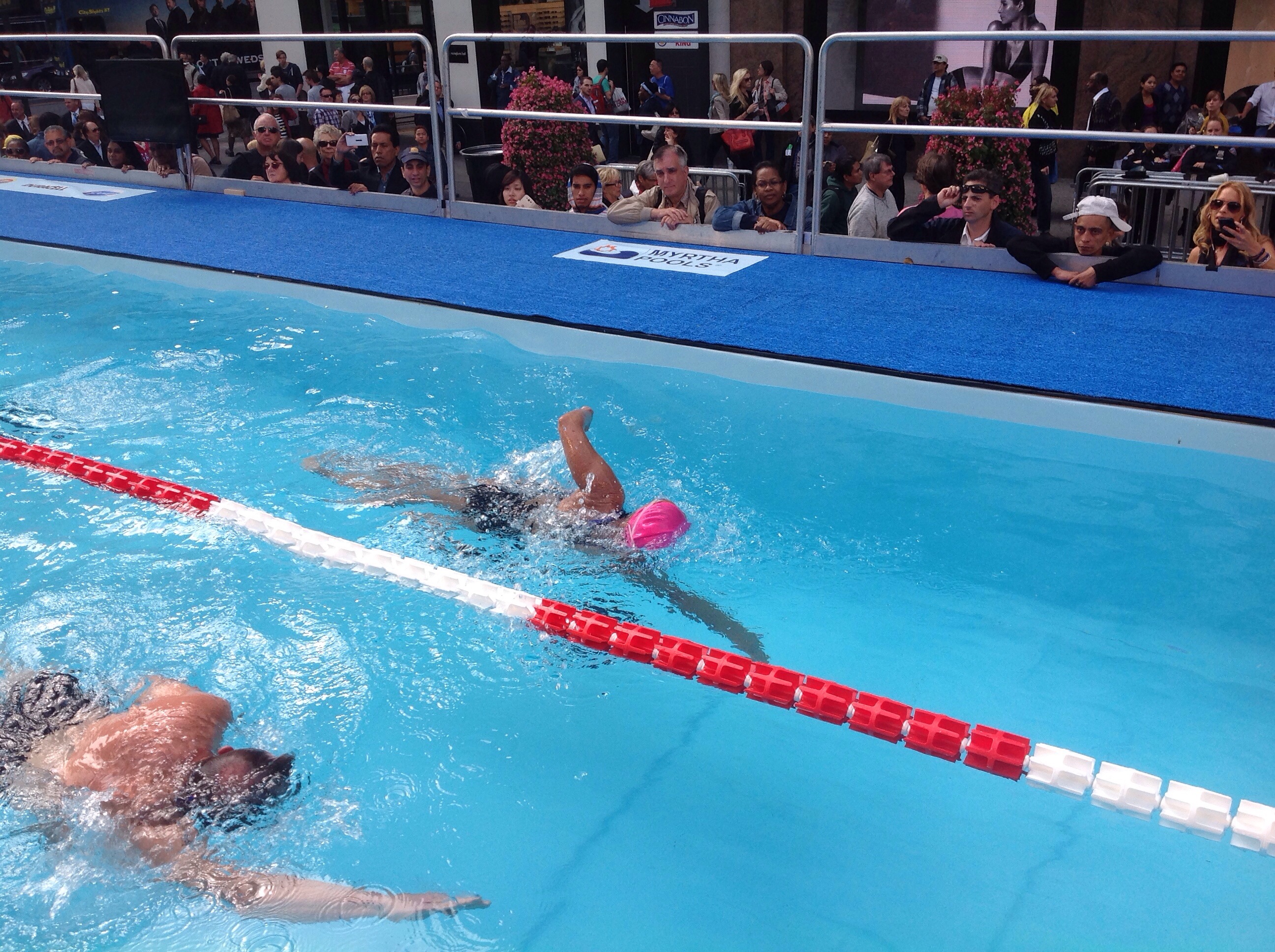 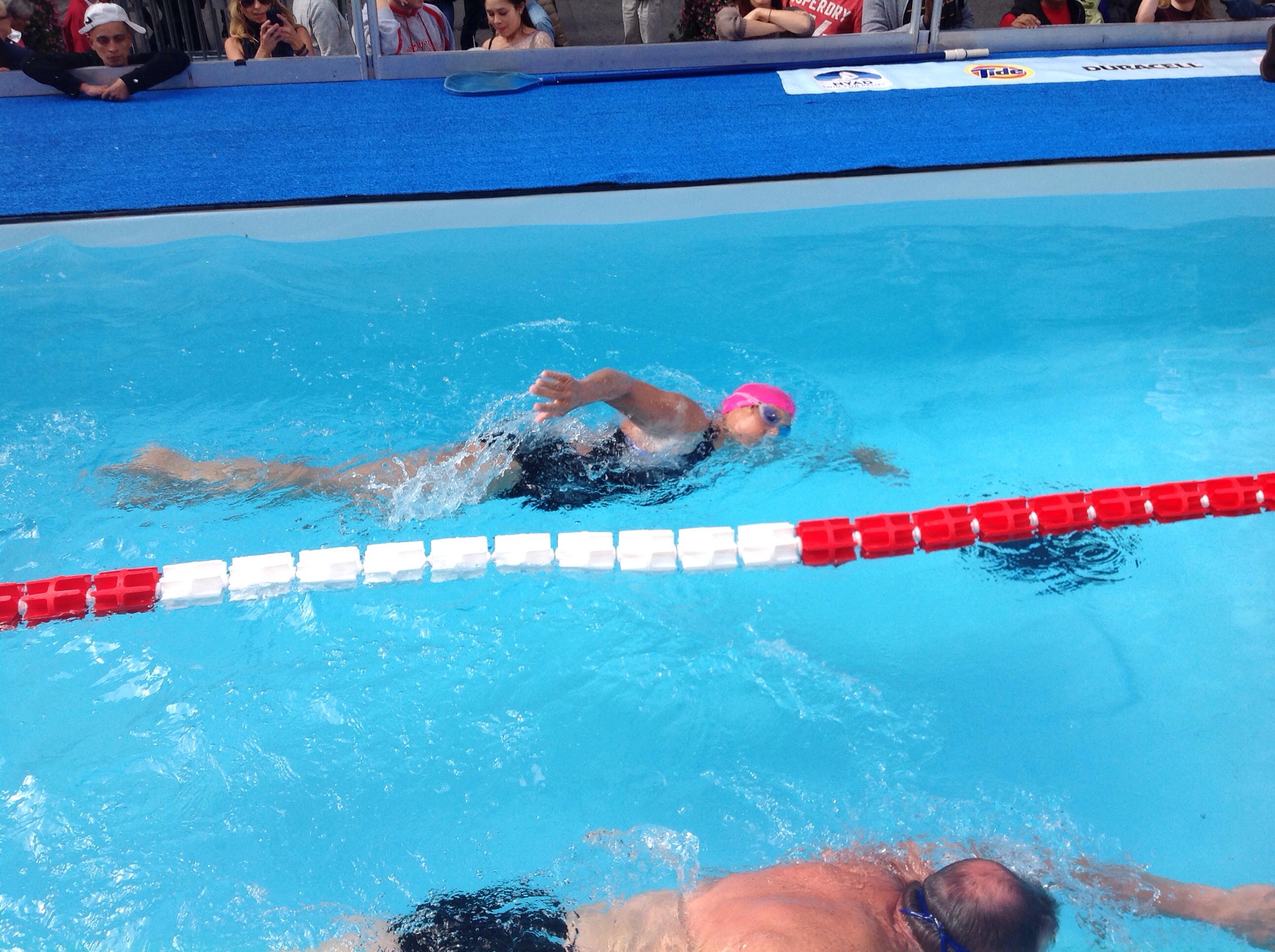 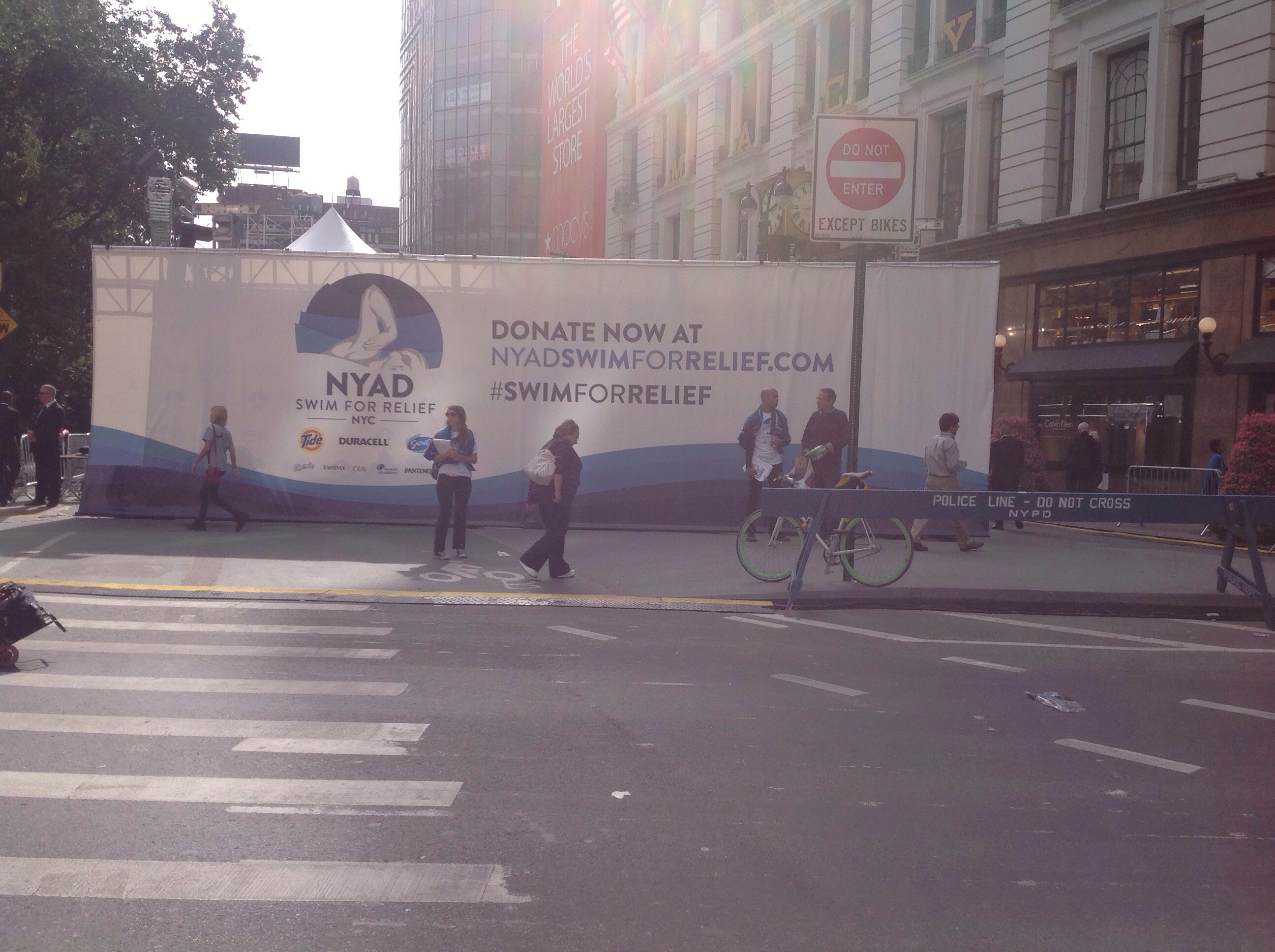 I even took some video of the Diana swimming with her NYPD buddy. Check it out: