I’m so not a fan of roller coasters. I’d like to say it’s not because I’m scared out of mind at going top speed upside down on a thin rickety track… but, well, it is. How insane are you people to trust your lives to these things?!?

My kids, however, like some coasters. Nothing too crazy, but they’ll go on much scarier ones than I will. I’m man enough to admit they’re braver than me!

What I do like, however, is building roller coasters, and nobody makes ’em better than K’NEX! A few years ago we built a monstrously huge dual coaster from K’NEX. It was certainly tough to build and took a lot of time. But it was fun and the smaller sets from K’NEX are a lot more manageable.

In a recent box o’ goodies K’NEX sent to me for review, there was one monstrous roller coaster (we’ll be building that soon!), and 3 new space-themed rides in the totally cool Amusement Park Series Assortment! Jason eyes were practically drooling when he saw these! So this weekend on a lazy Sunday afternoon, we headed down to the basement to blast off into coaster creation time!

Our first victim was the Amazin’ 8 Roller Coaster Building Set. The box says this puppy is over 2 1/2 feet tall! Can’t wait to see how it stacks up! 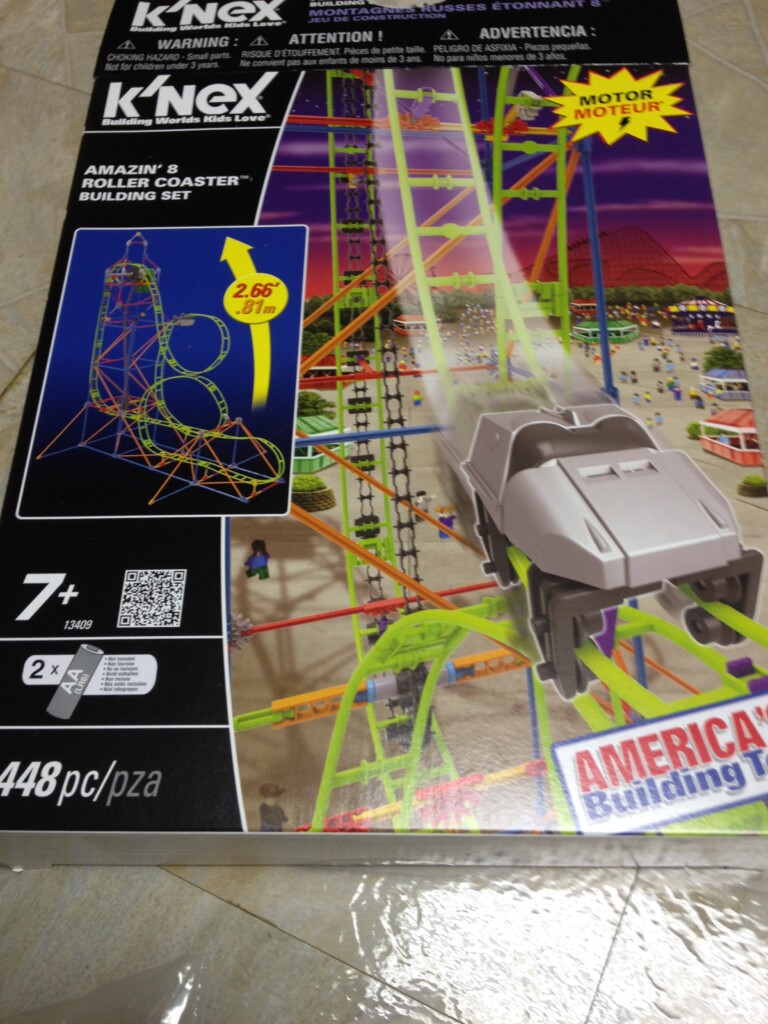 This is what a roller coaster looks like before its ready to swallow your soul. 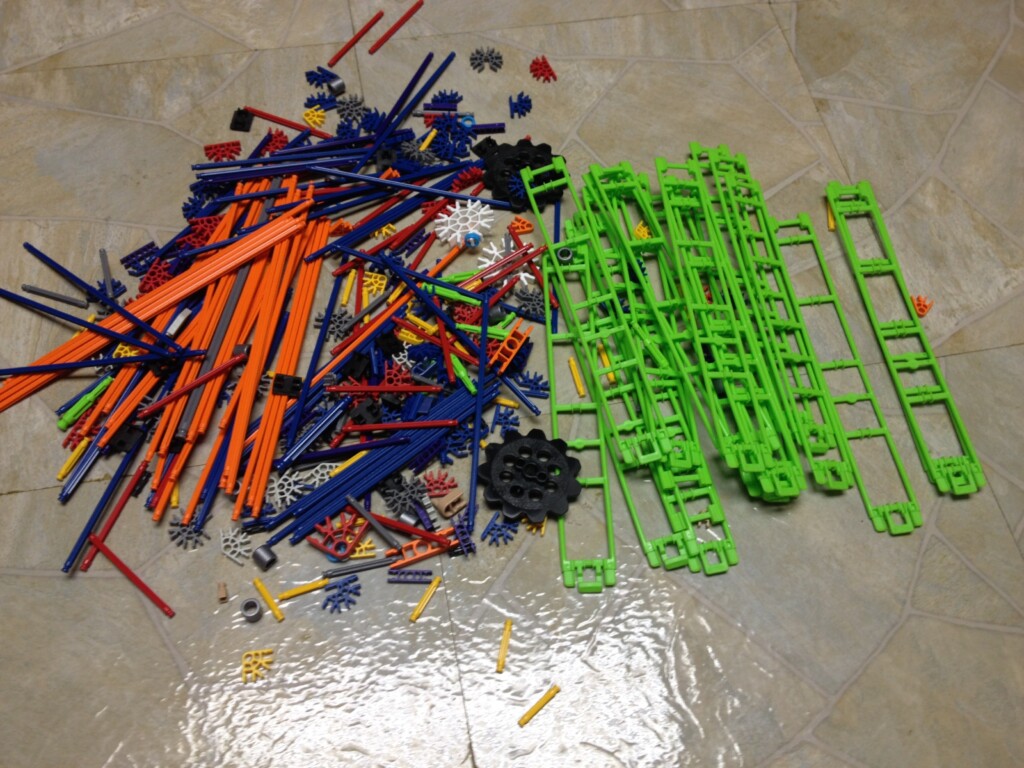 The directions from K’NEX are pretty well laid out. The first time you put together a K’NEX product, it may take a little getting used to. But once you’ve done it once, it’s pretty much old hat. 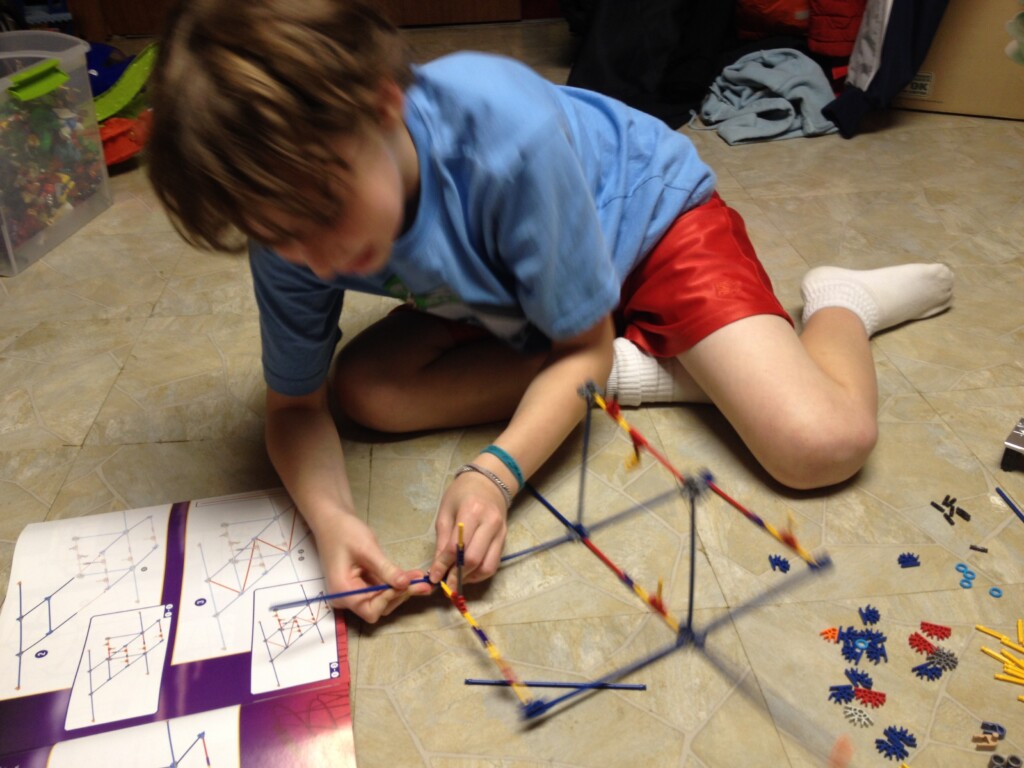 What I really love about these K’NEX sets is that you feel like an architect! You build up a big structure at first, then add “building supports” (those orange rods) to keep things stable. At least, that’s what Jason and I pretend. 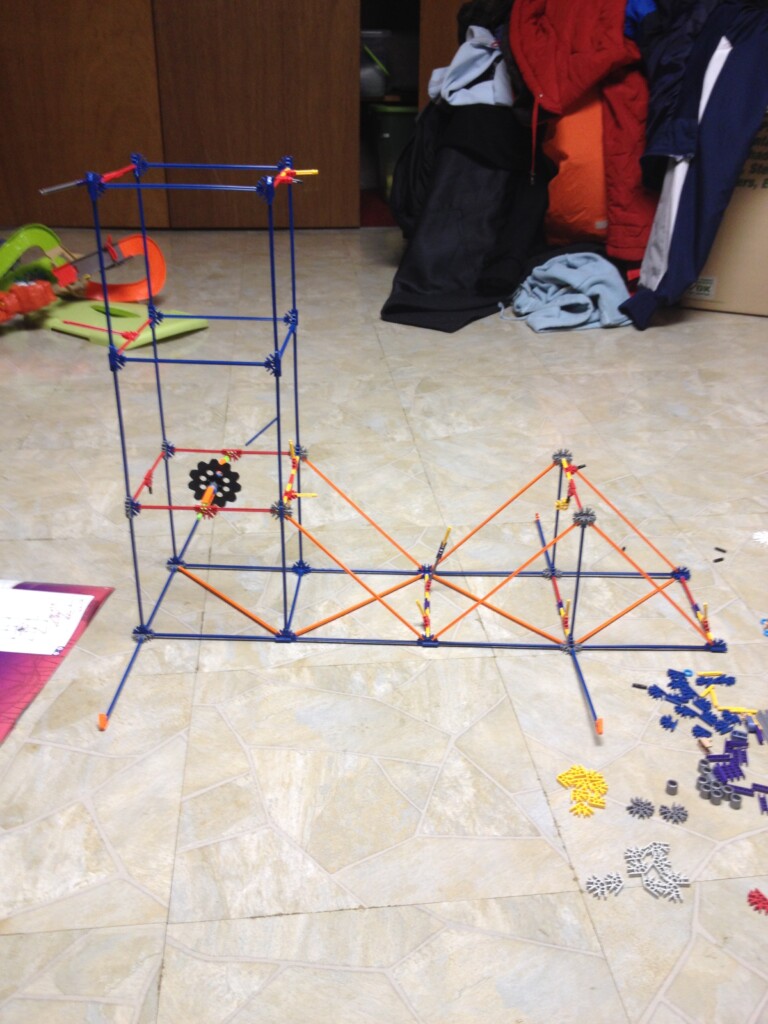 It took about an hour or so to get the basic structure down pat. On the top there, you can see the green motor that will help power this super coaster! Notice how the top looks like a rocket ship? 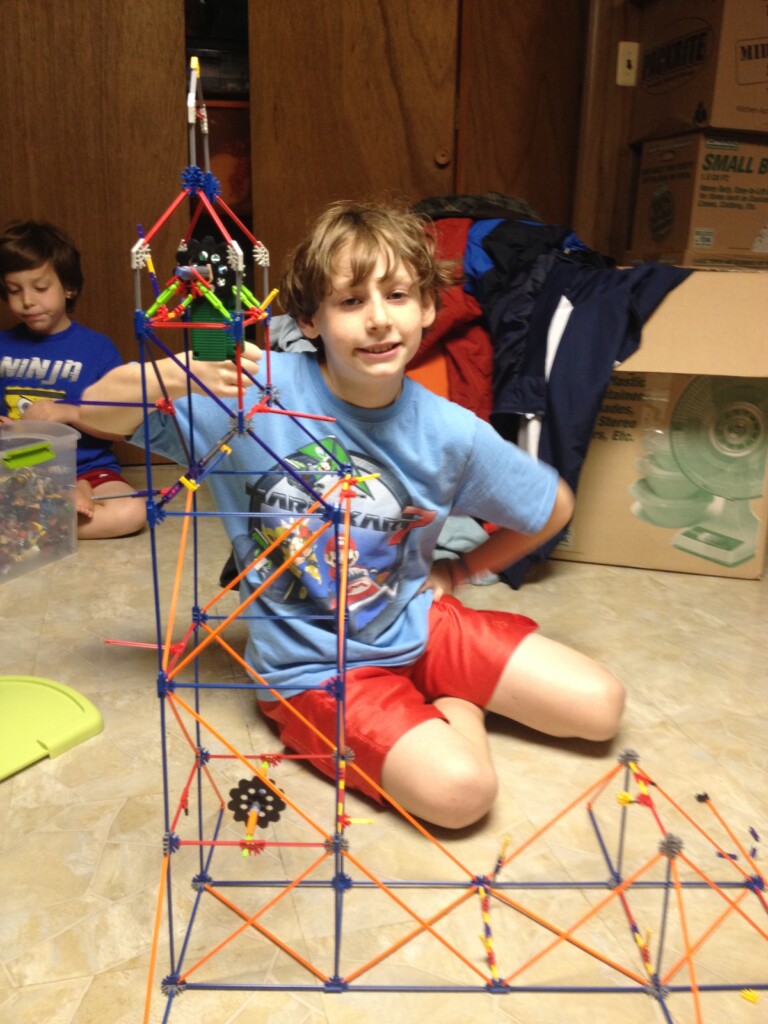 Adding the tracks is actually kind of fun. At that point, Jason was more interested in playing the Wii U a bit, but I made him work on the chain, while I added the green tracks. Once done, I gave it a quick test to make sure we didn’t screw anything up. Oh, and for the record, Ryan did help out a bit by putting a few pieces together. For the most part, he kept us company while he played with his superhero figures.

But Ryan stepped up when we were done, by volunteering to show off the final product in action. Check it out!

There’s just something really neat about building your own toy and then playing with it. The Amazin’ 8 Coaster is a blast (get it, blast? See, it’s a rocket ship and… never mind…) to put together as well as to play with after. Just turn the motor on and watch the coaster go forever and ever and ever! Or until your batteries eventually run out.

I can’t wait to put the other 2 Amusement Park Series sets together, before we build the super mega roller coaster that’s waiting for us! Stay tuned for more exciting rides in the Kardon Coaster Corner! 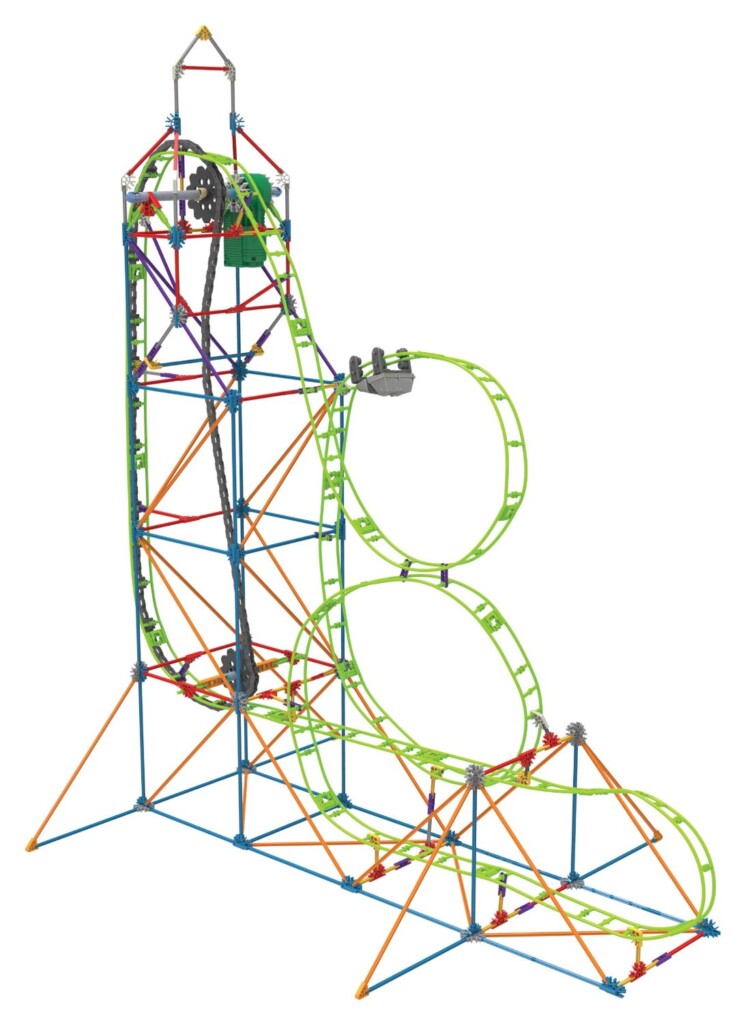