Apparently Mother Nature is a huge Disney fan. How else can you explain the release of Frozen just a few months ago and what’s gotta be the craziest, coldest, wackiest winter we’ve had in NY in years?

Today was the 3rd snow day the kids had in just a week or so! It started early this morning and went all the way to early afternoon. We easily got over a foot here, with more expected to hit tonight. 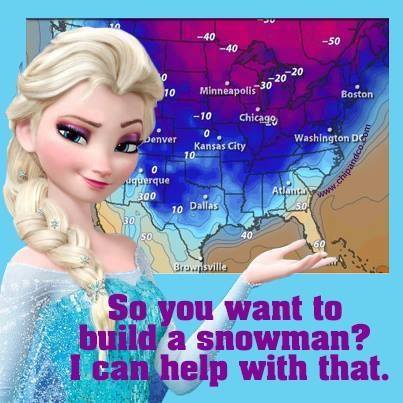 So while working from home today, I took a late lunch break and went outside with Allie and the kids to play in the snow. It was the perfect kind of snow. Not too wet. Not too powdery. Just right for making snowballs!

I have a confession to make. I have never made a legitimate snowman before. Yes, I’ve made illegitimate ones. Get your mind out of the gutter, what I mean is I’ve never made a snowman the right way, by rolling the snow. I always tried and it never worked. So I’d just kind of “scoop” up snow into a big mound and then shape it with my hands into a kind of ball.

Today, however, I am happy to report that I successfully made my first Snowman with some help from Jason and Ryan!

Once we got the 3 snowballs piled up (that middle one was heavy!), we needed to give our snowman some features! But there’s snow EVERYWHERE so what were we to do? While I sent Jason into the backyard to find some sticks for arms, Ryan went with Allie for other features.

What we ended up with is a fully edible snowman! We’ve got Oreo cookies for eyes and buttons, a cucumber for a nose (we were out of carrots), and a fruit roll up for the mouth! Take a look at our little guy who the boys affectionately named Frosty the Snow Pickle. 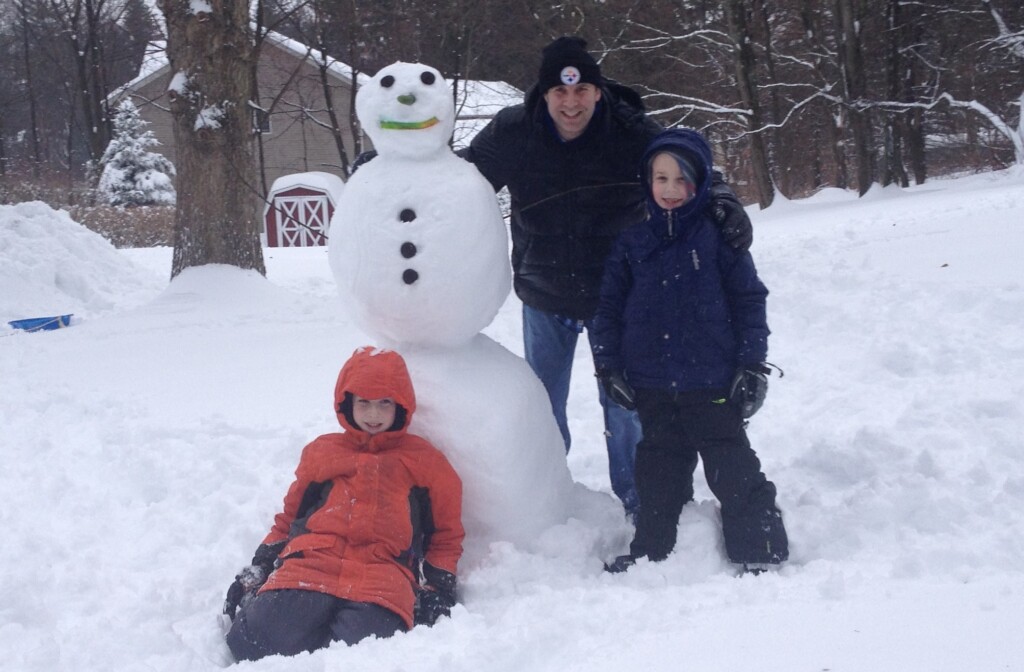 I gotta say I was exhausted by the time we were done! Just walking in that snow would make anyone break a sweat! But we all had a blast and can’t wait to see if the bears or the birds enjoy feasting on our new friend. 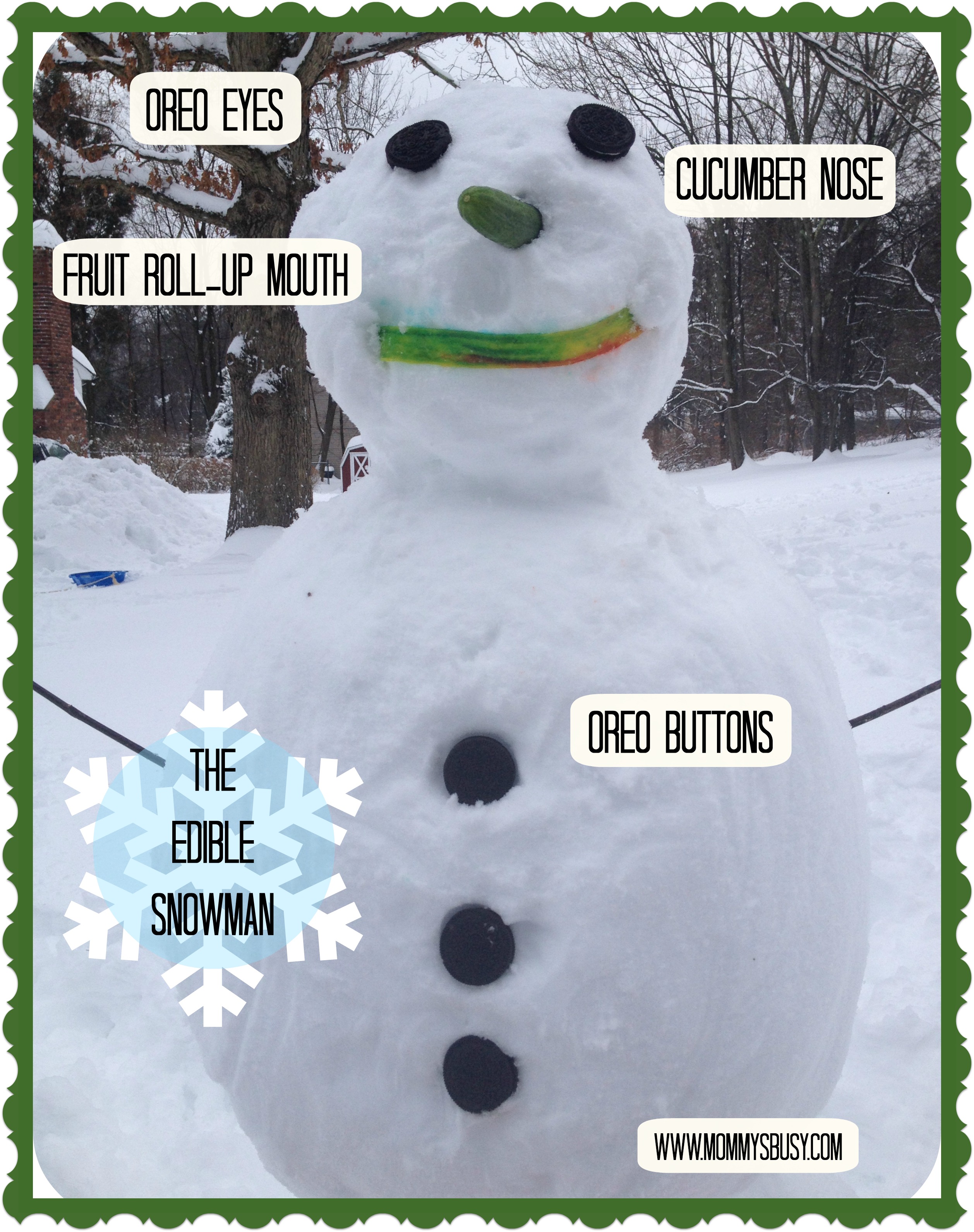 How much snow did you get today?