UPDATE: I’ve completed my #MuppetsMostWanted Blogging Adventure, so as I post new articles about everything, I’ll be adding the new links into this original post below.

This week, I got the greatest email of my life. (Good thing my marriage proposal and kids being born weren’t done by email or I’d be in hot water for that comment.)

It was from the awesome folks over at Disney. And it was a very special invitation.

I was picked to be one of 25 bloggers to go on an all-expenses paid trip to Los Angeles for what very well may the coolest week ever. Next month, I’ll be spending a week on the West Coast as a guest of Disney to attend a number of unbelievable events.

This isn’t just fluff. Not me exaggerating. Uh uh. I will get to meet some of my idols and even cross an item off my bucket list!

The two most exciting parts of the event surround the two biggest movies I absolutely cannot wait for this year: Captain America: The Winter Soldier and Muppets Most Wanted. For starters… I’M GOING TO HANG WITH SOME MUPPETS!!!! MUPPETS!!! Not only do I get to attend the red carpet premiere of Muppets Most Wanted (which explodes into theaters on March 21), but I’ll get to interview Kermit the Frog and Miss Piggy!!! [Read all about my Muppets Red Carpet experience!]

I think I’m more excited about meeting Kermit and Miss Piggy in person than anything else! Hopefully I can get a hug from Kermie and a kiss from Piggy! Last year, my dream of hugging Kristen Bell came true, so you never know! [Read all about my Muppets Interview with Kermit, Miss Piggy and Constantine!] 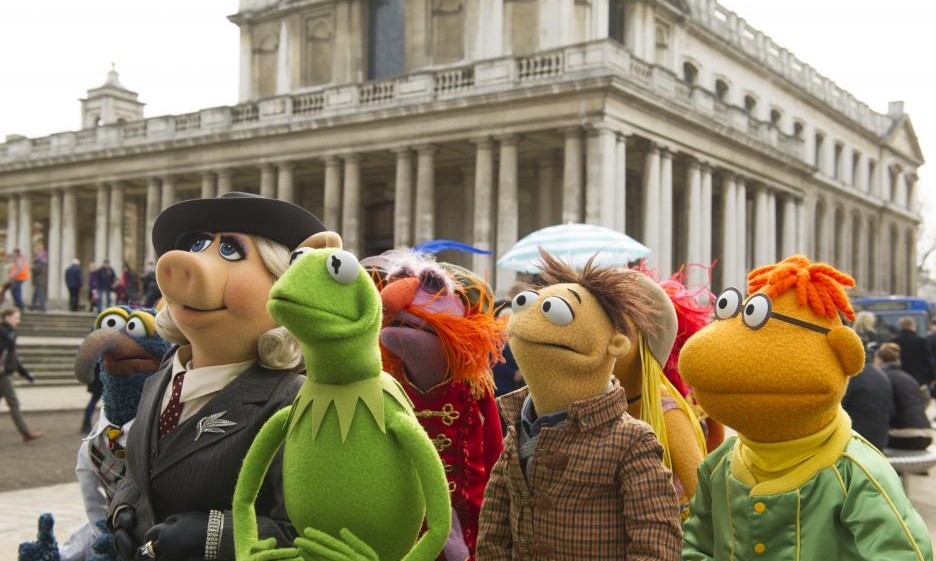 As for the Living Legend of World War II, I’m going to see an early screening of Captain America: The Winter Soldier (which opens to the rest of you Marvel Zombies on April 4). I’m a huuuuuge Cap fan, so this one is pretty darn unbelievable. I loved the first film and The Avengers was probably the greatest superhero film ever made. But this Captain America sequel looks to beat both of those hands shield down. [

Besides screening the film, though, I’ll be attending a press junket where I’ll get to interview select cast members and filmmakers! No clue who yet but it could be Cap, Nick Fury or the Winter Soldier. Or… gulp… it could even be the super-sexy Black Widow herself… Scarlett Johansson. Oh man, what if I could get a hug from ScarJo AND Miss Piggy at the same time! Or a kiss on the cheek! Talk about a perfect photo op… 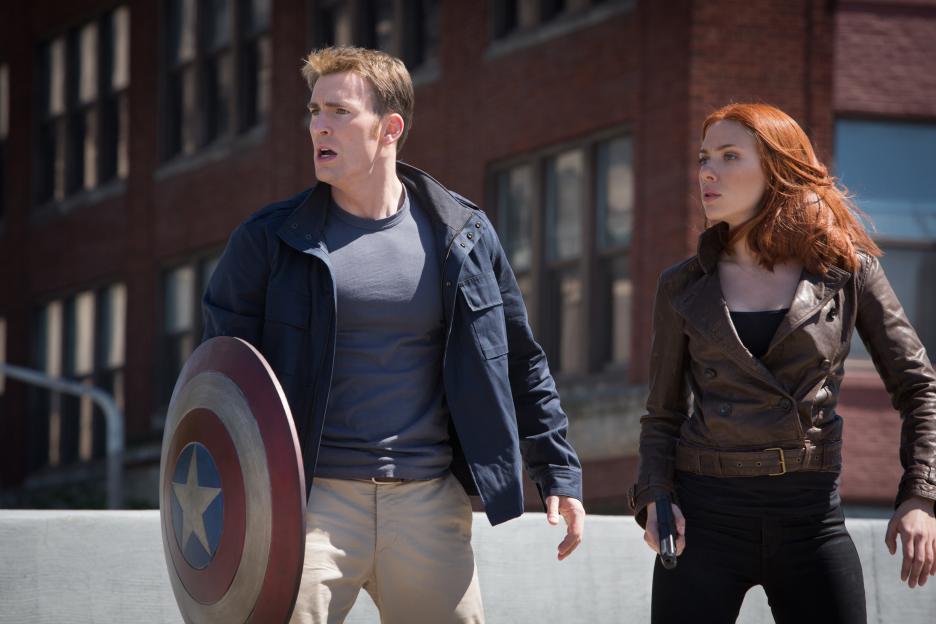 Those events alone are enough to keep me on Cloud 9 for years, but wait, there’s more! I’ll also get to screen Disney’s new The Pirate Fairy (available April 1) and Disneynature’s Bears (breaking out of hibernation and into theaters on April 18). Plus a trip to the LA Zoo to visit the Bears exhibit. I wonder if we’ll get to feed them. 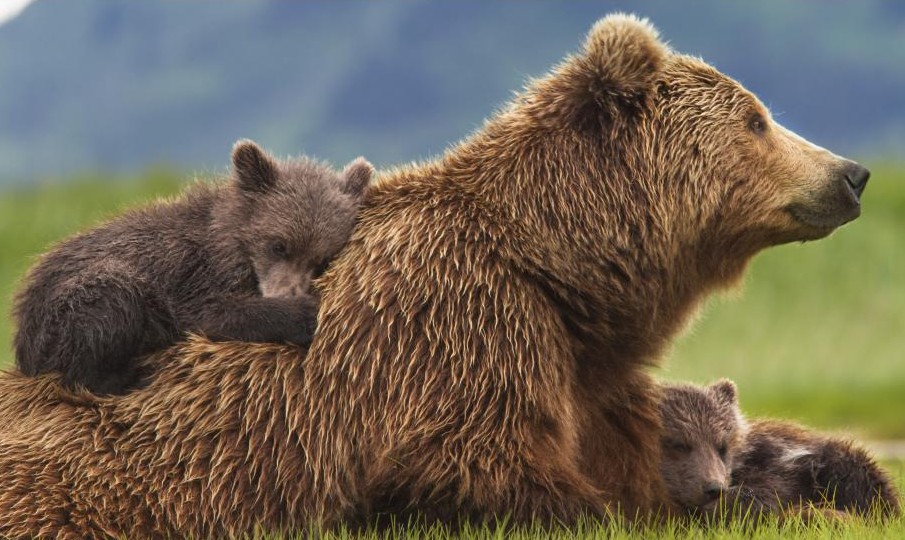 I’m sure even more goodies will be tossed into the mix, but to say this is a dream come true… well, for this 41-year-old geek, it is. Did I mention I’ll get to interview some Muppets? AHHHHH! 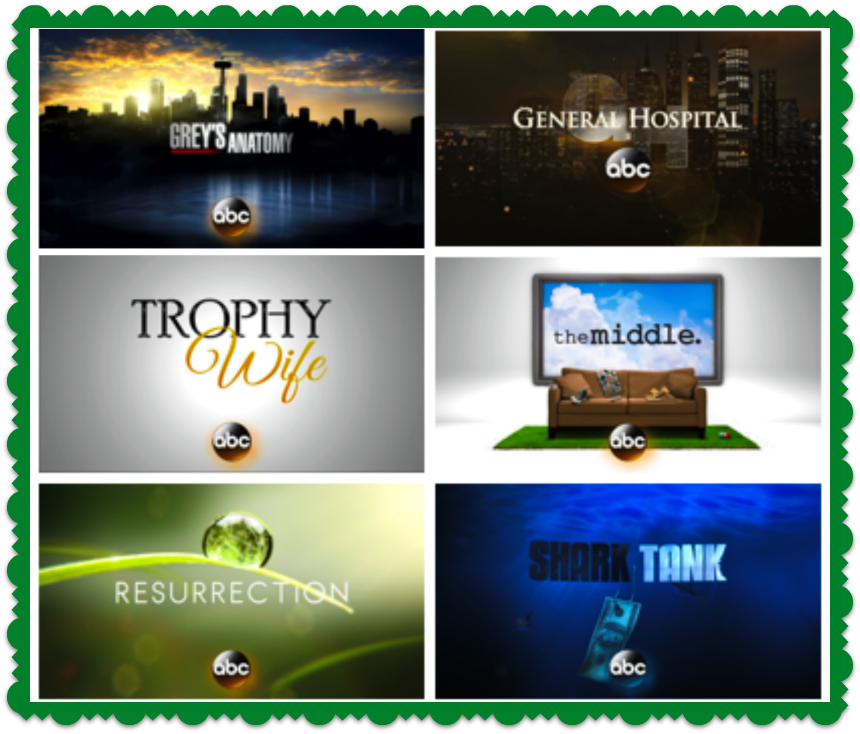 While I’m out there, I’m staying an extra day too to attend a very special ABC TV Blogging Event, chock full of behind-the-scenes awesomeness, including:

I am so unbelievably excited for this trip, I might actually burst. No, like literally. I think I might explode into a mushroom cloud full of Muppets and Avengers and mouse ears!

So keep your eyes peeled on Mommy’s Busy, Go Ask Daddy for loads and loads of coverage. And definitely keep checking out these event hashtags to tag along for the fun: #MuppetsMostWantedEvent #CaptainAmericaEvent #DisneynatureBears #ABCTVEvent.

Now if you’ll excuse me, I have to go practice my Kermit arms flail…

19 thoughts on “I’m Going to Los Angeles in March to Meet the Muppets and Captain America! Ahhhhhhhhhhhhhhh!!!!”