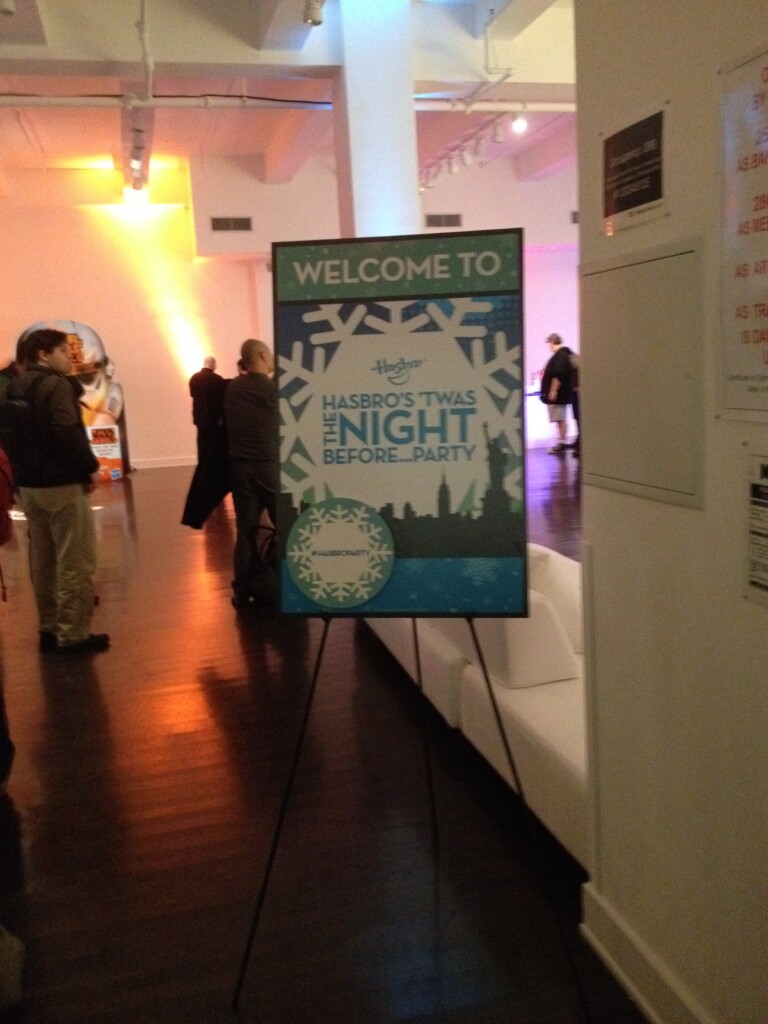 Last weekend was the big New York Comic Con. I’ve attended a few in the past, even with the kids in tow. This year, however, it crept up on me, plus we were pretty booked up for the weekend anyways. But I still did get my geek-fill right before the show started last Thursday.

I was invited to a special Pre-NYCC party on Wednesday night, hosted by Hasbro. Yes, blogging has its privileges. I attended the Hasbro Event last year and had a blast. So I didn’t expect anything less this year. And obviously, I wasn’t disappointed.

Here’s a look at some of the highlights of the evening, most of which included a preview of some of the superawesometastic cool new stuff on the Hasbro horizon!

With a new Captain America movie coming out in early 2014, a toyline is a given. I cannot wait for the Winter Soldier movie, and hopefully some of these Cap figures and toys will end up on my desk soon.

Nerf continues to innovate and expand. Nothing beats a Nerf gun after all. Well, nothing except a Nerf crossbow that is! Check out this new line of Nerf weapons in its Zombie Strike line!

I’ve talked about Hasbro’s KRE-O line before, particularly the really cool Star Trek sets they’ve put out so far. But this new line is a geek collector’s paradise! Yep, it’s based on the role-playing phenomenon Dungeons & Dragons! Loads of figures and sets, including a built-in game. Did I mention there are working catapults?

Not only was I one of the first folks to witness the premiere of Optimus Prime’s new paint job, but I found out that there’s definitely a Transformers 4 movie coming out, and it already has a name. Transformers 4: Age of Extinction! Yeah, I’ve been a bit out of the geek limelight lately. I need to work on that!

I even caught a glimpse of two new life-size Star Wars figures. How sick does this Sith Lord look? And how dreamy does this Jedi seem?

There was also loads of great fashion at the party too!

I just had to go up to Aaron Sagers to ask him where he got this awesome shirt! Apparently a guy named Dr Jimmy Star make ’em! I so totally want one!

And I didn’t get a chance to talk to this woman, but you gotta love those superhero tights! 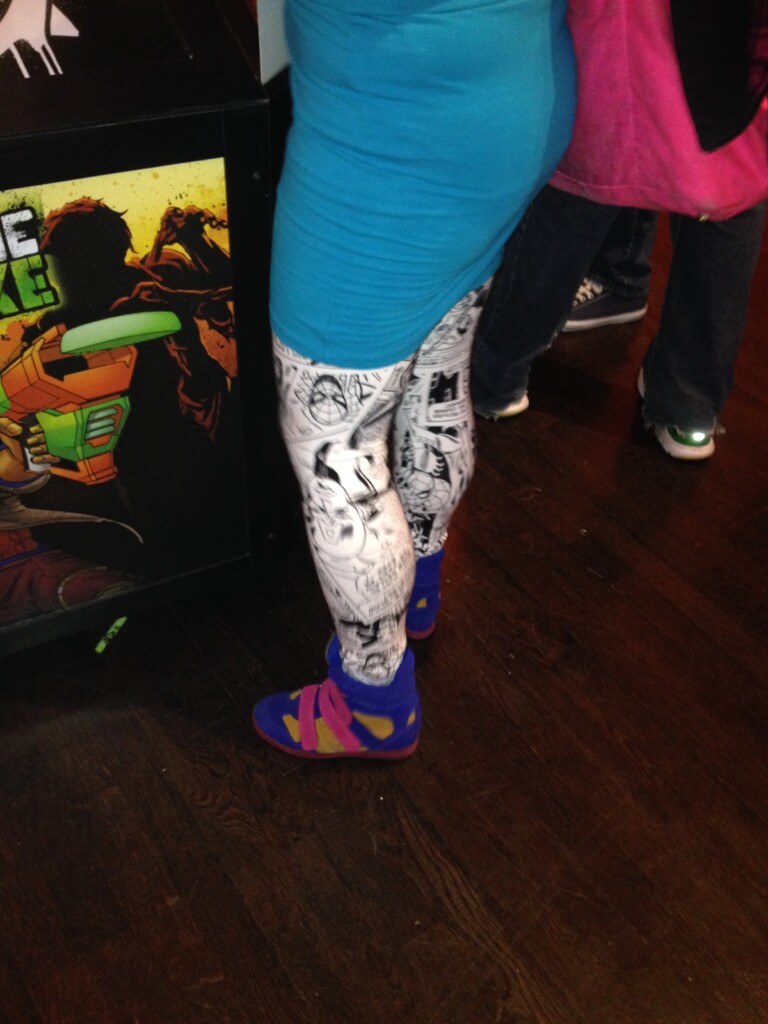 As always it was so cool seeing all the new toys, interacting with Hasbro employees, and catching up (and meeting!) some of the nicest folks in PR these days. (That’d be all those incredibly cool and fantastic folks at Hunter PR. If you’re not working with them yet, you really should be!)

I can’t wait for all these new products to come out. But not as much as I can’t wait for next year’s party to see how these guys will outdo themselves yet again! Thanks for another great party, Hasbro!