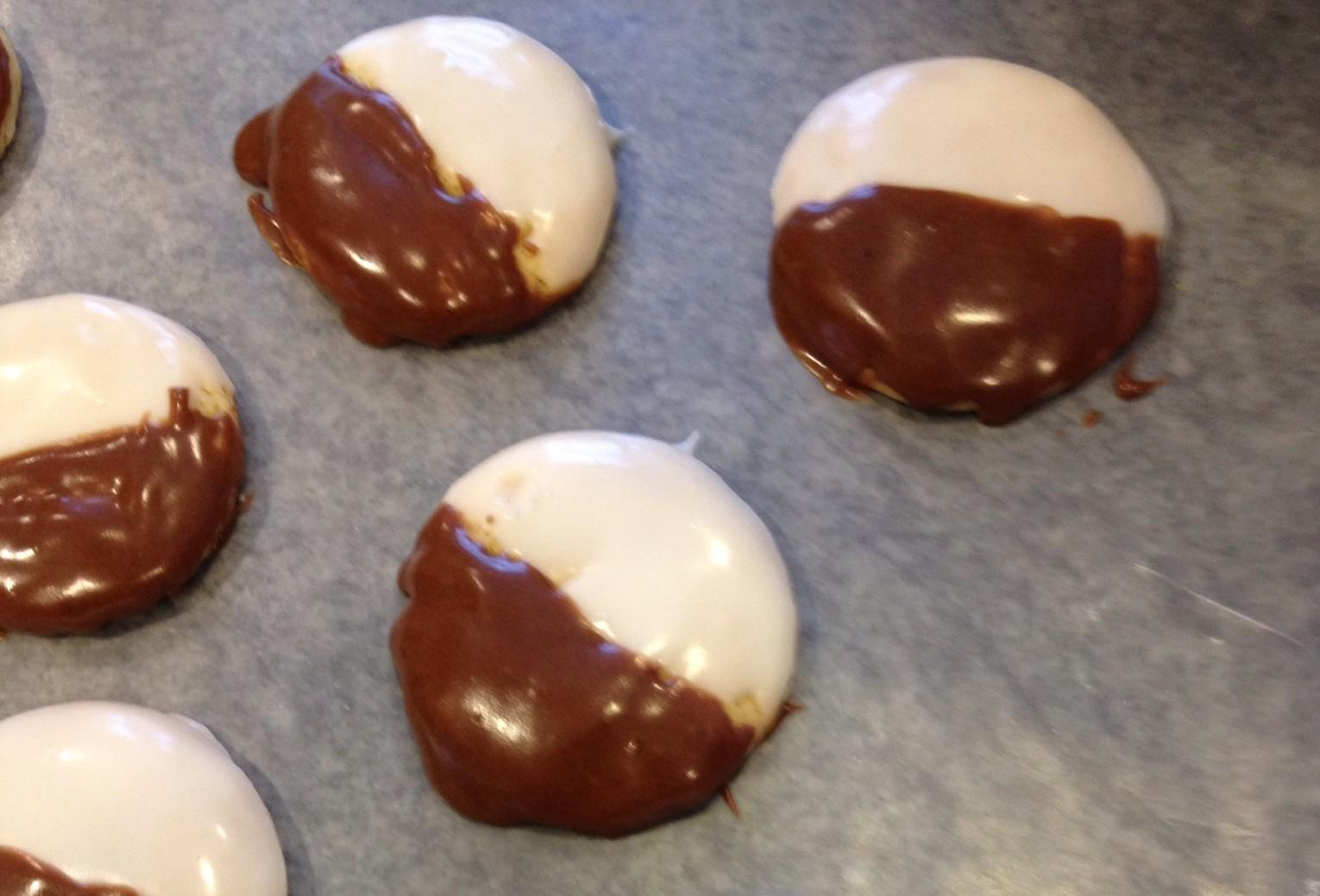 Personally, I love the black and white. I’m an equal opportunist. My wife just likes the vanilla so I often find myself eating simply chocolate halves.

Allie’s been on a cookie kick of late, and I’m loving every minute of it. She usually just goes with the Pillsbury or Duncan Hines chocolate chip cookie mix, rather than making cookies from scratch. But this time, she went for the gold. Or rather the black and white.

Using this recipe from Land O’Lakes (with a slight tweak), she created miniature black-and-whites that were gone faster than you can say, “A zebra with a cold.”

I made sure to help Allie throughout the process using my highly skilled culinary attributes. Okay, fine. I got her wax paper when her hands were covered in icing, and I helped taste test. But I did take lots of photos throughout, so let’s watch the process, shall we?

Here’s Allie mixing all the ingredients with an electric mixer. Note her refusal to ever wear an apron. 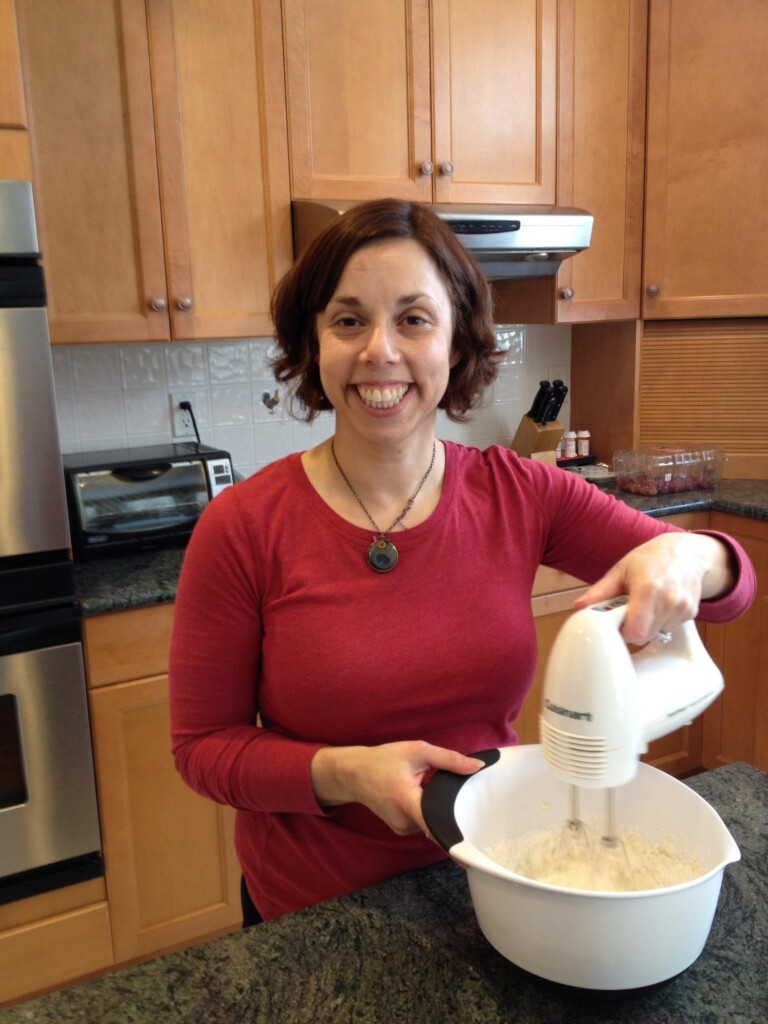 After the dough was ready, she rolled them up into small balls and tossed ’em on a cookie sheet. Remember when you were a kid and your mom would let you eat some of the raw cookie dough? Yeah, those were the days. The days before anyone knew what salmonella was. 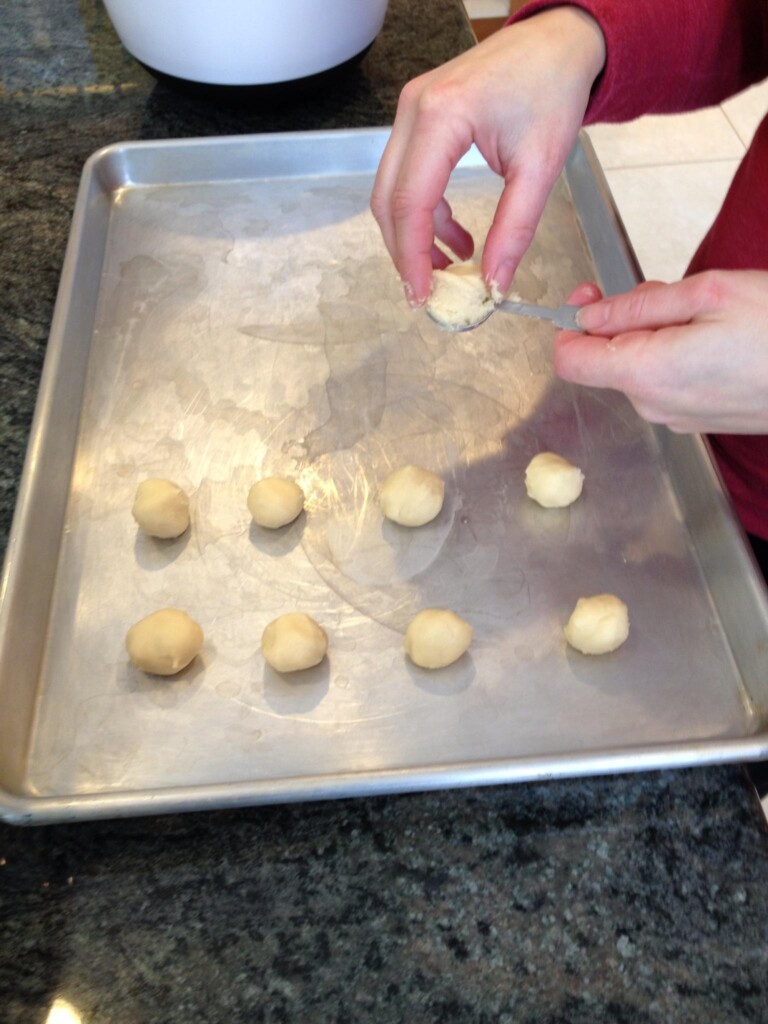 So far, pretty similar to other cookies, right? After cooking, it’s time to let them cool. Yeah, this was about the time the house really started to smell like Heaven. 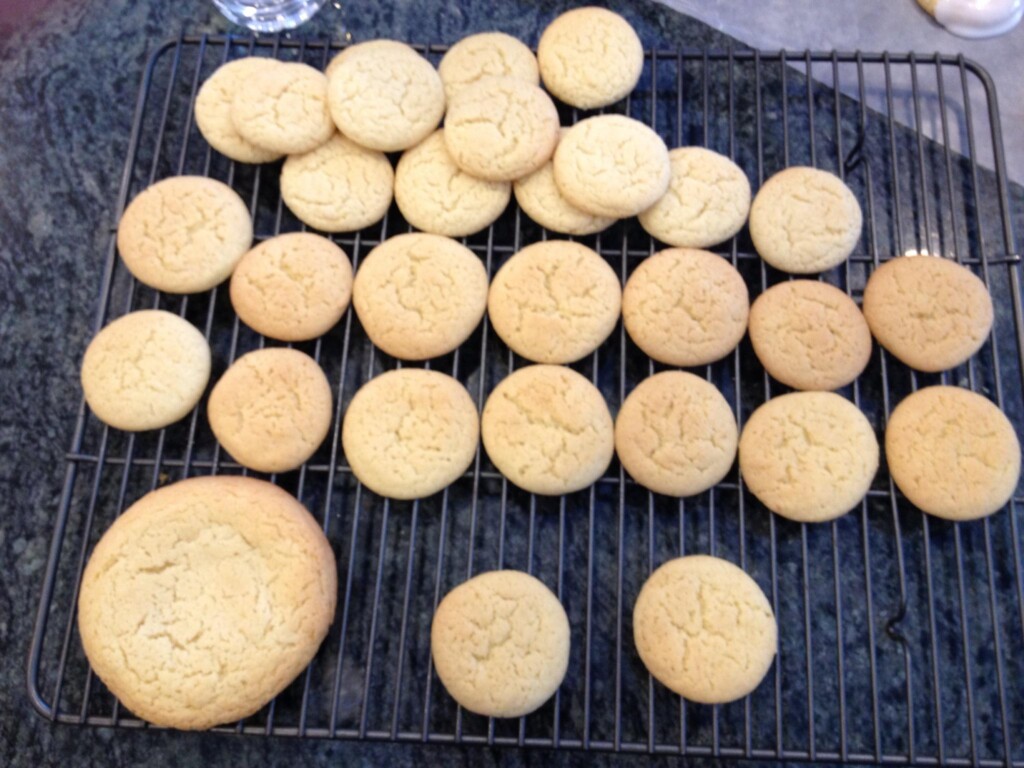 While they’re cooling, it was time to make the frosting. Allie started by doing vanilla first. The icing was fairly easy to make and then it was time for some cookie painting! Picasso, eat your heart out! Get it? Eat? Okay, moving on… 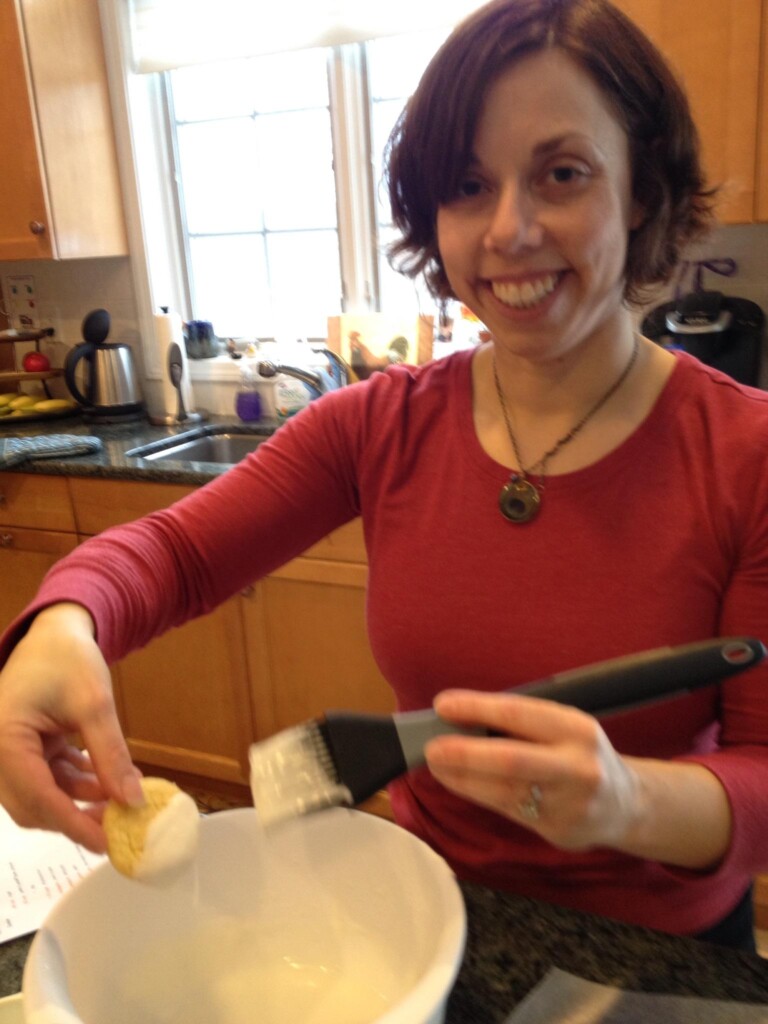 Here’s where my job came in. I’d place the wax paper down so Allie could put the half-painted cookies on them to dry. I don’t like to brag, but… well, I totally nailed it! 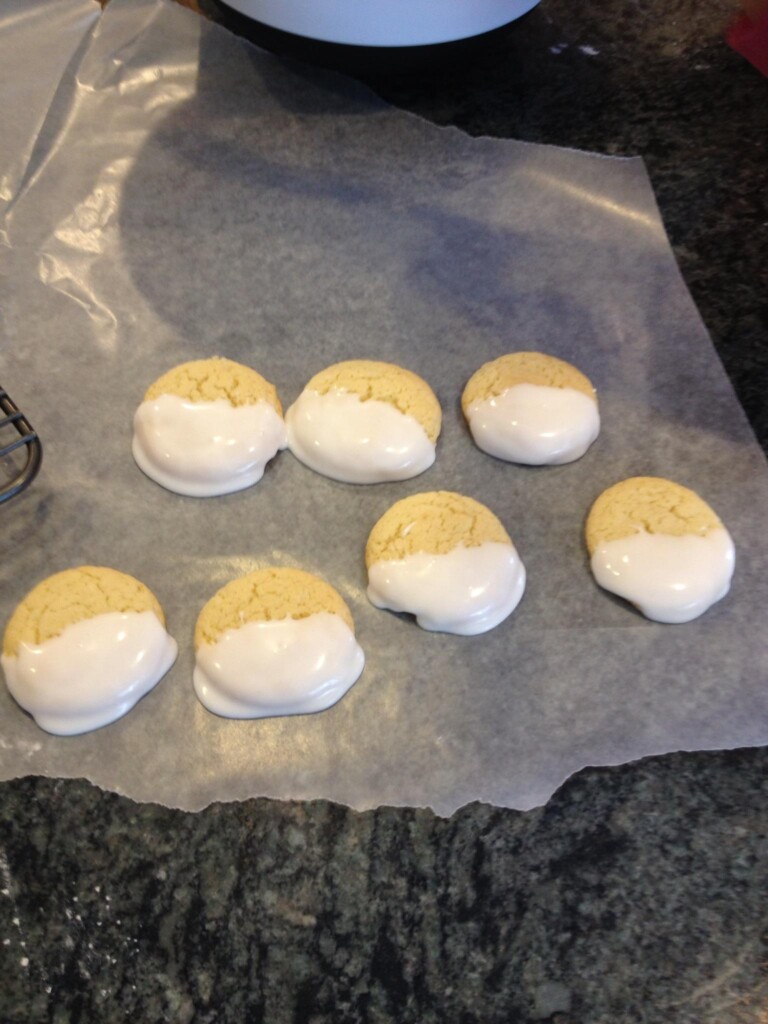 Once she was done with the vanilla halves, it was time to go chocolate! The vanilla was a bit smoother and easier to spread, according to Allie. Personally, I think she did it on purpose since it’s quite obvious she favors vanilla. She’s not into the perfect harmony of the cookie like I am. 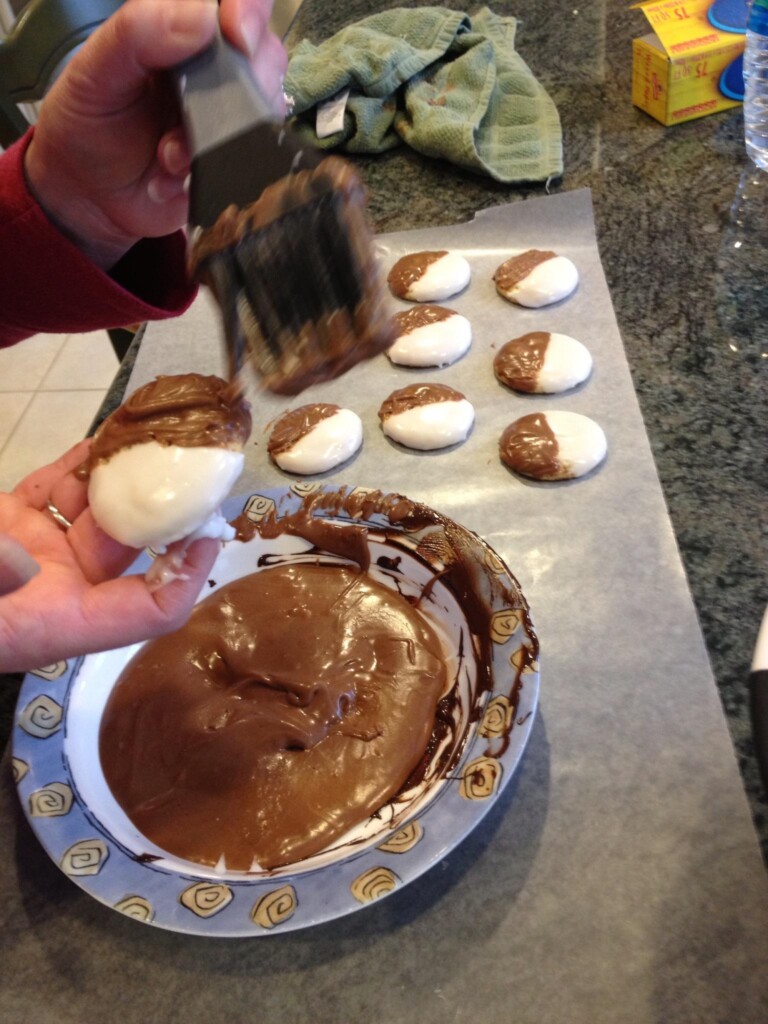 When the black sides were done, we just needed to let these suckers dry and that’s it. Black and whites for everyone! 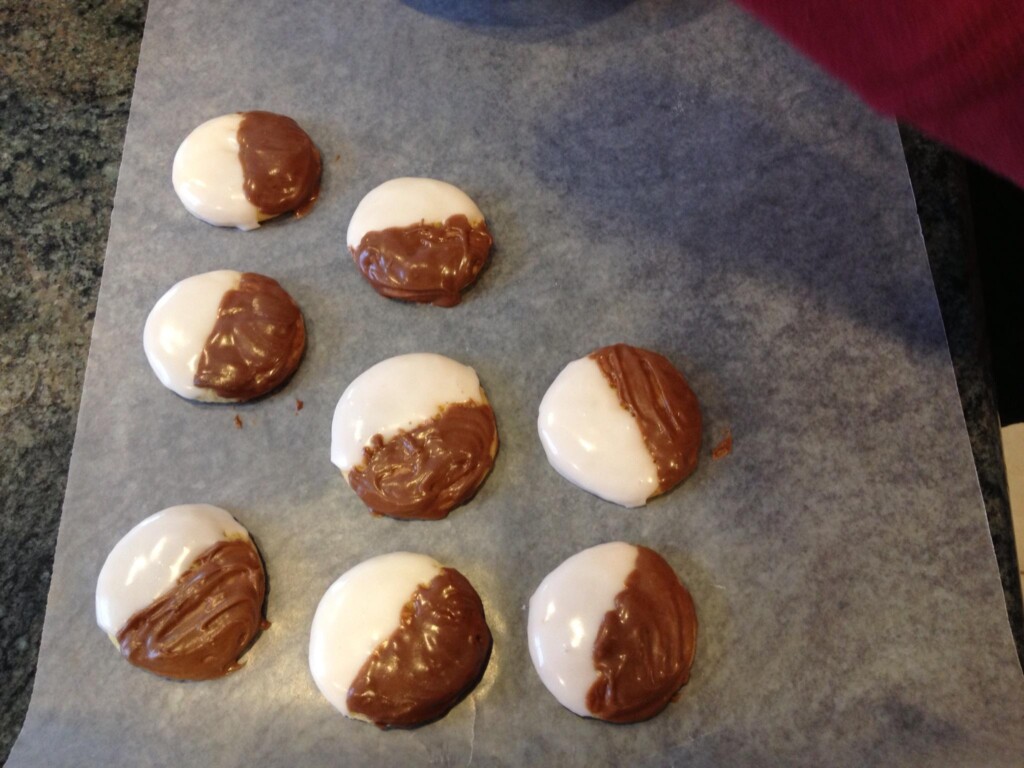 The batch actually made a huge amount which we served after dinner when some friends came over. There were still plenty left… uh… until Jason and I devoured them the next night that is.

Here’s the recipe if you’d like to try them out for yourself!

Brush half of each cookie with white glaze; let stand on waxed paper to set (15 minutes). Brush other half with chocolate glaze. Allow cookies to stand until set (1 hour).

Which half do you like better: The black or the white?