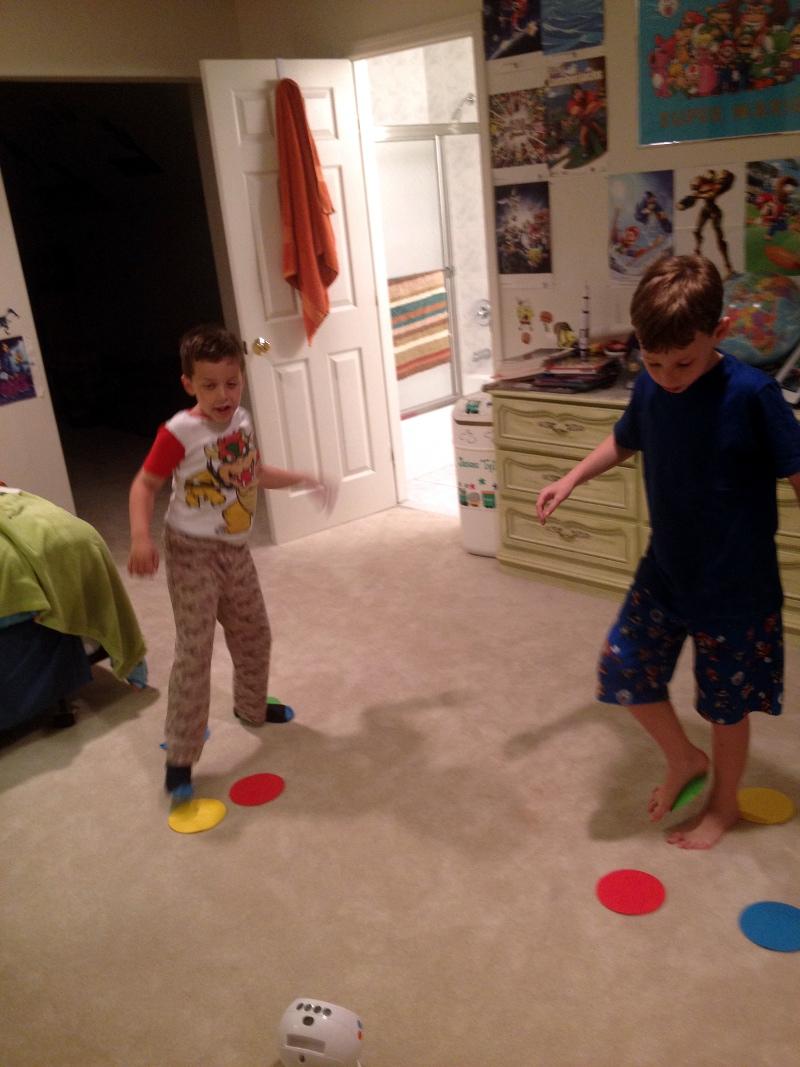 Let me start by saying I stink at Twister. I’m bad. Terrible. Awful. In other words, I always lose. Probably has something to do with the fact that I’m the least flexible person I know.

Still, I enjoy playing it and watching my friends and family contort their bodies into pretzel like shapes all for the glory of bragging rights.

Recently, Hasbro asked me if I wanted to test out a new version of the game called Twister Dance. I think I’m actually worse at dancing than I am at playing Twister! Just ask my wife… whenever we go to some sort of formal event that features dancing, I’m usually hiding under the table.

But I can take one for the team, so I gave my buddies at Hasbro the thumbs up and soon had a copy of Twister Dance to test out. My kids were uber-excited to give it a whirl too!

Now first off, Twister Dance really isn’t a game. It’s more of a toy or simply an entertaining electronic gizmo. It’s for 1-2 players, and suggested for ages 8 and older. 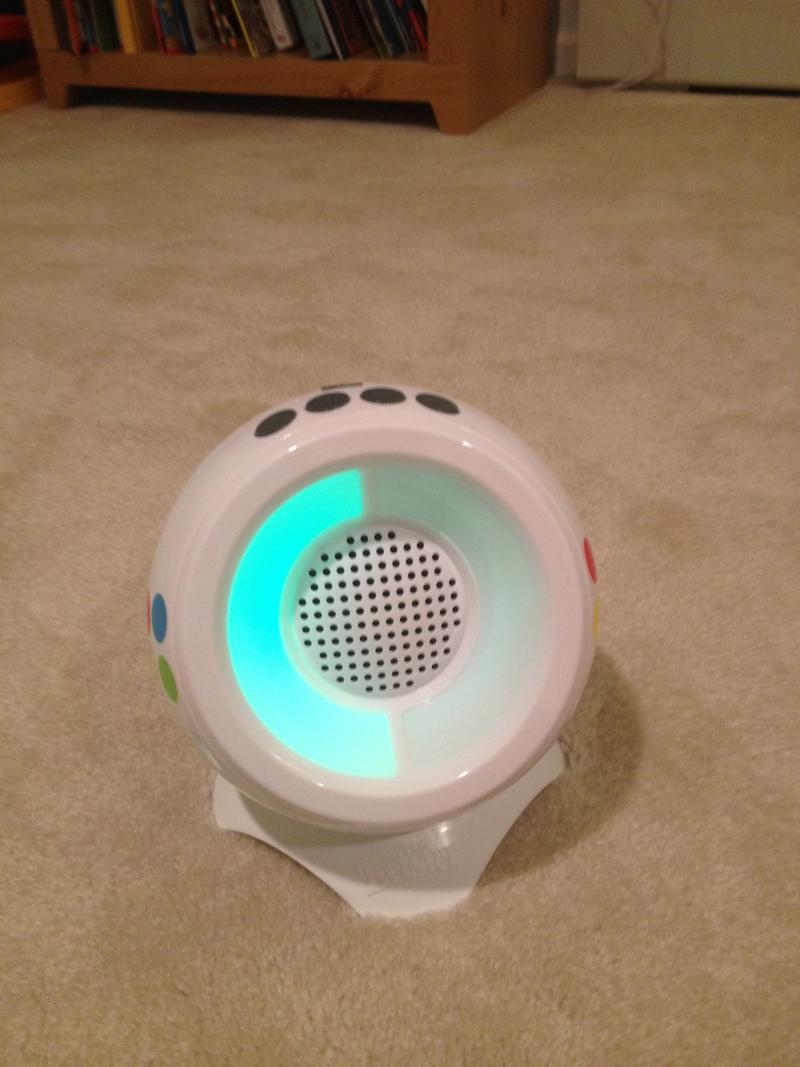 Basically, you get a huge speaker that’s white with the familiar 4 colored dots of Twister. You can either use the songs that come with the unit or plug in your own MP3 player. (I was shocked to see the adapter plug was actually included!) The basic gist is this: You place the four colored dots on the floor in a pattern, then press play on the unit. Music blares out of the speaker in the front, and various colors shine on the left and right lights of the unit. You’re supposed to coordinate your feet with the colored lights, which in essence is teaching you a dance move tied to that song.

That’s pretty much it. There’s no score keeper. No spinner. Nothing like that at all. It’s probably more of a simplified version of the video game Dance Dance Revolution, actually.

With my four left feet, I was pretty bad at playing, but I must admit it is pretty fun. My kids really liked it, especially Jason, who was trying to use two sets of colors to really get into it.

The fact that you can play your own songs makes this thing extra cool. If nothing else, it’s just a really neat speaker to plug your iPhone into, that shows off some colorful lights while you rock out.

I asked the boys to give a quick demo as I took some video so you can really see Twister Dance in action!

And Jason getting funky wit it:

ROCK THE SPOTS with TWISTER DANCE!
This awesome dance game combines today’s best dance music with the iconic TWISTER spots, providing a new way to learn hot new dances. You’ll love learning dance moves by following the lights from the TWISTER dance console and dancing on the TWISTER spots.
You can learn dances to:

Each dance can be performed at 3 levels: Beginner, Intermediate and Advanced.
The dancing doesn’t stop there! TWISTER DANCE has beat-detection technology that can teach you dances to your OWN music! Plug in your MP3 player to keep the dance party rocking!

Twister Dance retails for $34.95 and is available now.

Got the moves? Get the info over at Hasbro.com!

The dance-o-rific folks over at Hasbro also offered to give a copy of Twister Dance to one of my readers! 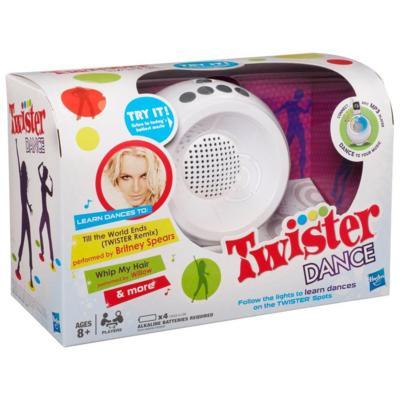 Thanks so much to Hasbro for sponsoring this great giveaway!

Giveaway ends on September 20, 2012 at 11:59 p.m. The winner will be chosen at random and announced on this site. Giveaway is open only to legal residents of the fifty (50) United States (including District of Columbia) who are at least eighteen (18) years old at the time of entry. The Winner will be notified by email and has 48 hours to respond or a new winner will be chosen.

I received a copy of the featured product in exchange for my honest opinions. The thoughts and opinions expressed in this post are my own and in no way were influenced by the company providing the product.
Share5
Tweet25
Pin
30 Shares