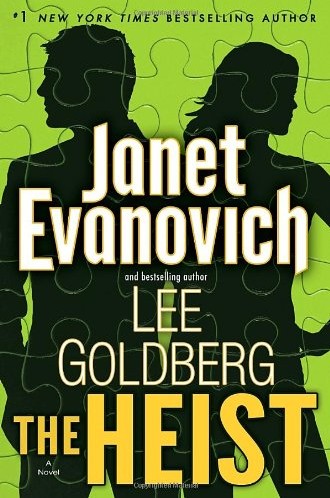 One of the neat things about social media is that it can connect you to people you’d otherwise never have a chance to talk to otherwise. I don’t just mean cool comic-loving bloggers who share your name like Drew Bennet. No, I mean folks like authors, press contacts, artists, musicians, even reps from your favorite companies.

Being a professional writer, I’ve always had access to plenty of subjects when writing a story. And actually, that was always one of my favorite things about being a writer, just talking to the people you’re interviewing.

Lately, I’ve noticed quite a number of authors taking advantage of tools like Facebook and Twitter to do more than just promote their newest book. Many are interacting with their fans and followers. Asking for advice, comments and suggestions, as well as just talking about some of their favorite TV shows like Game of Thrones.

I’ve never read a book by Lee Goldberg before, but I’m actually hoping to win a signed copy of his latest hardcover called The Heist, which he co-wrote with Janet Evanovich. It’s not so much that I’m dying to read his book (It is on the bestseller list though), but the fact that I love the way he’s using social media to reach out to his fans, as well as gain new ones. (Like me!) 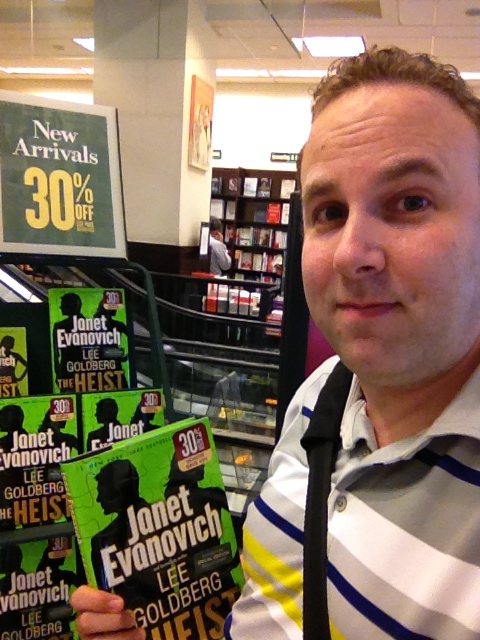 You can currently enter The Heist Photo Contest simply by taking a photo of a big promo for the book, whether it’s a billboard, ad on a bench, or a book display at your local bookstore. If you’re one of those “oh I look awful on camera there’s no way I’m taking a photo of me with a book” types, don’t worry. You can just snap a shot of the promotion itself.

Three copies will be given away and the contest ends June 29, 2013.

Now, whether you enter or not, you can vote on the photos you like best. Clearly you’ll support your good buddy Andrew though, right?