About a month ago, I got to do something pretty amazing. Thanks to my wonderful blogging credentials (they really need to make Blog Passes, like they do for the Press), I was invited by the wonderful folks at Disney to participate in something truly magical.

I met everyone at the theater on a Friday night in Times Square, got some free popcorn and soda (woo!) and headed over to our seats. I won’t tell you about the movie itself yet, but a full review is coming shortly. All I’ll say is we all thoroughly enjoyed it!

The next day, I headed back down to Manhattan for the press junket. And this is what dreams are made of!

I have an editorial background, so I’m used to doing in-person interviews and meeting celebrities. Although, most of the “celebs” I’ve met in the past have been of the comic book/pop culture variety. Stan Lee, the Ultimate Warrior and Mark Hamill being a few that spring to mind. But at this junket, we were going to get to conduct a number of roundtable interviews with some of the talent behind the film.

Yep, that means I got to meet the lovely, talented and way-too-down-to-Earth-adorable Kristen Bell who provided the voice for main character Anna. Swoon. I’ll be following up this post with some interview highlights for you guys! I also met Idina Menzel (voice of Elsa), Jonathan Groff (voice of Kristoff), Chris Buck (Director), Jennifer Lee (Directed by/Screenplay by), and Robert Lopez and Kristen Anderson Lopez (Songwriters).

Where was the junket held? Only at one of New York’s finest of the finest: The Waldorf Astoria. I’d never been there before but man is this place gorgeous. If the only hotels you’ve ever stayed in were ones that featured a “continental breakfast,” then your eyes will totally bug out of your head. 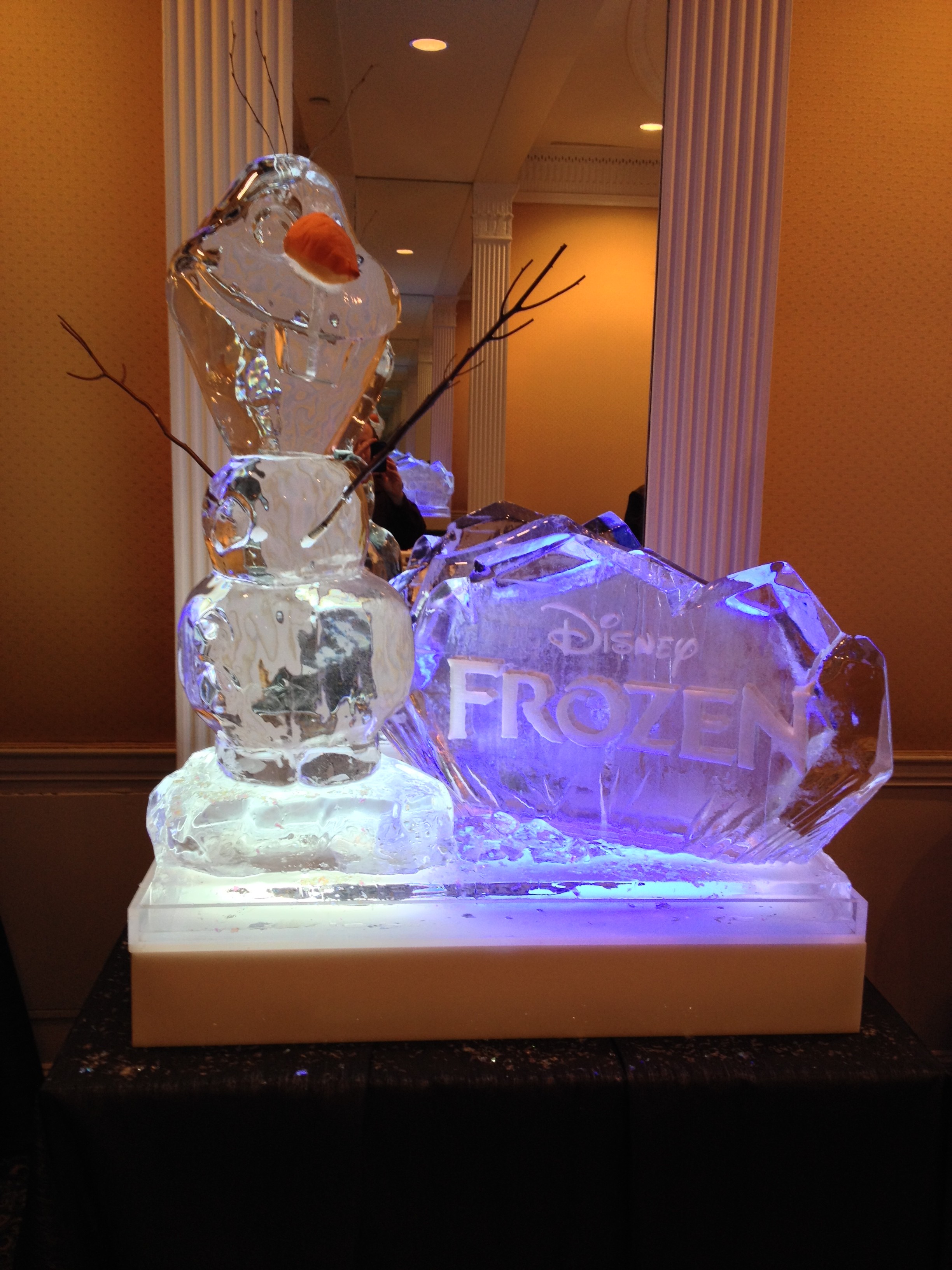 Upon entering the Frozen Junket area, I was immediately drawn to the large Olaf ice sculpture. How adorable is this thing? I was hoping to stick it in my pocket and take him home with me but was advised against it for some reason.

There were a number of other people already gathering, as well as some neat information. I found out that the animators of the film did a lot of real-world research on the film, even going so far as to travel to Norway for inspiration!

There are even specific Frozen Tours now available through Adventures by Disney that show off a number of key parts from the film at real locations. I never had an interest in going to Norway before, but I do now. It actually looks really cool! (And no, pun was not intended.) 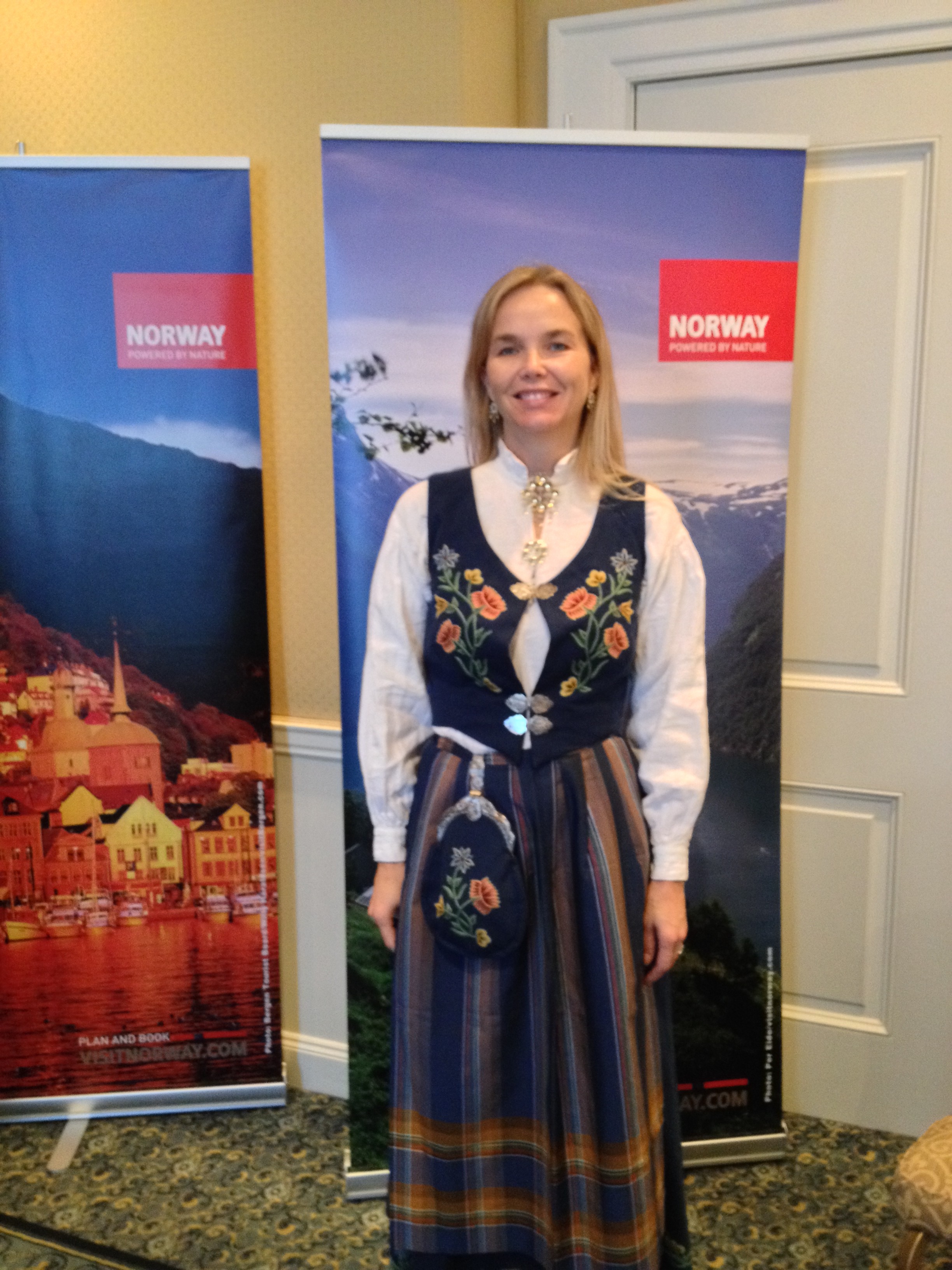 I even met a real Norwegian woman in typical ceremonial garb!

The rest of the day consisted of a fantastic presentation about the making of the film. It’s amazing how much true blood, sweat and tears go into a project like this. Countless hours are put in just to do test shots of characters! The team even went out west on a snowy trip to film themselves walking and running in the snow while wearing regular clothes, including a dress! 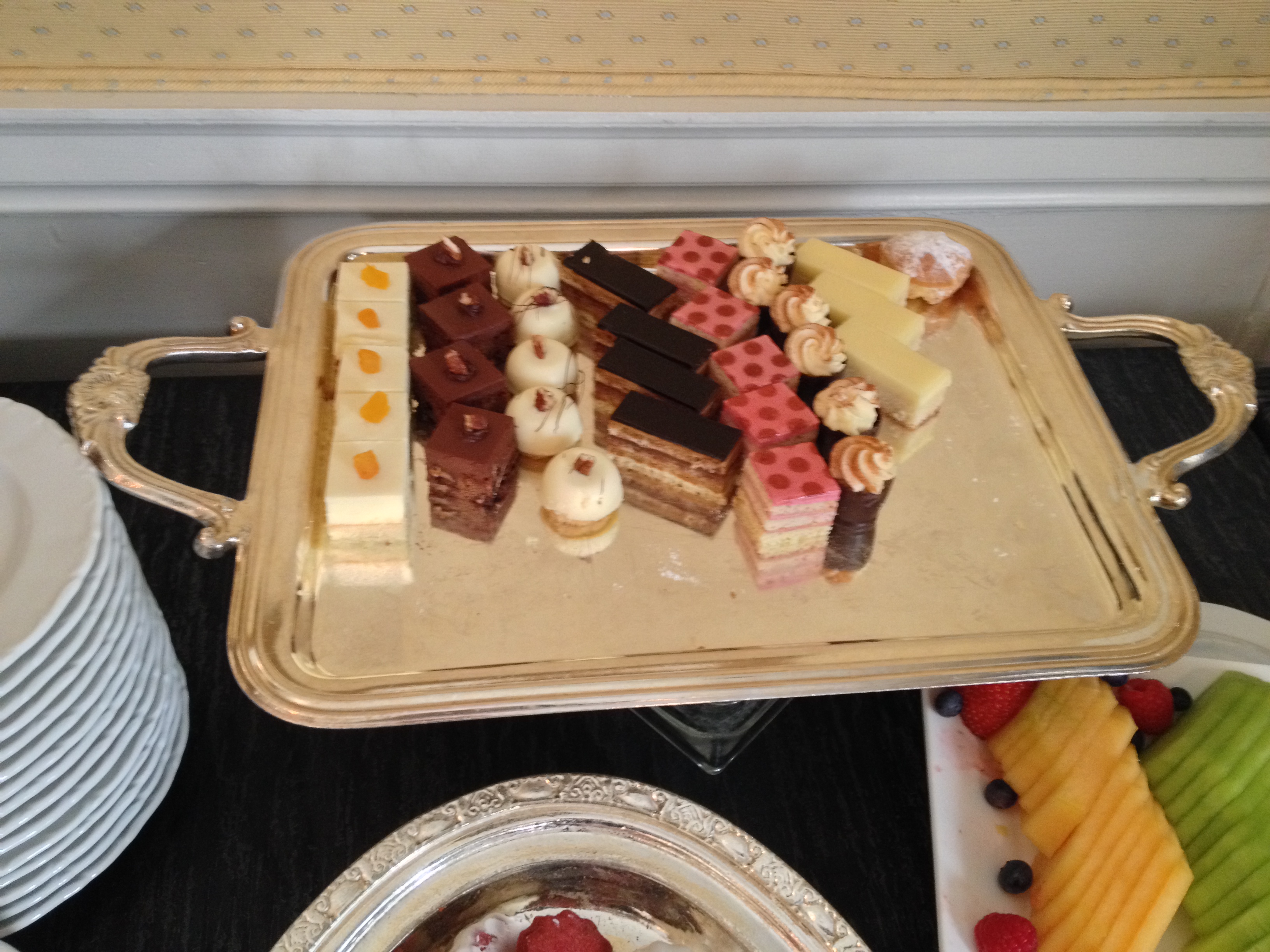 Lunch was served too and the Waldorf certainly doesn’t stint. Salads, butternut squash ravioli, some amazing chicken and of course loads of nummilicious desserts.

Afterwards, our group of roughly 10 bloggers was brought from room to room to spend about 15 minutes with each celeb, asking whatever questions we wanted. I have to say, the talent and the entire Disney team that set up the event, did a more than stellar job. This could not have been organized better and the talent could not have been nicer or more forthcoming.

For me, it was also great because I got to finally meet a few bloggers I’d only known online (like Mitch!), as well as get introduced to a fantastic set of folks who I hope to meet again. And I’ll certainly be checking out their blogs going forward.

The day ended with hugs and goodbyes and best of all… the Swag Bag! Everyone got a Frozen backpack filled with an arsenal of goodies. 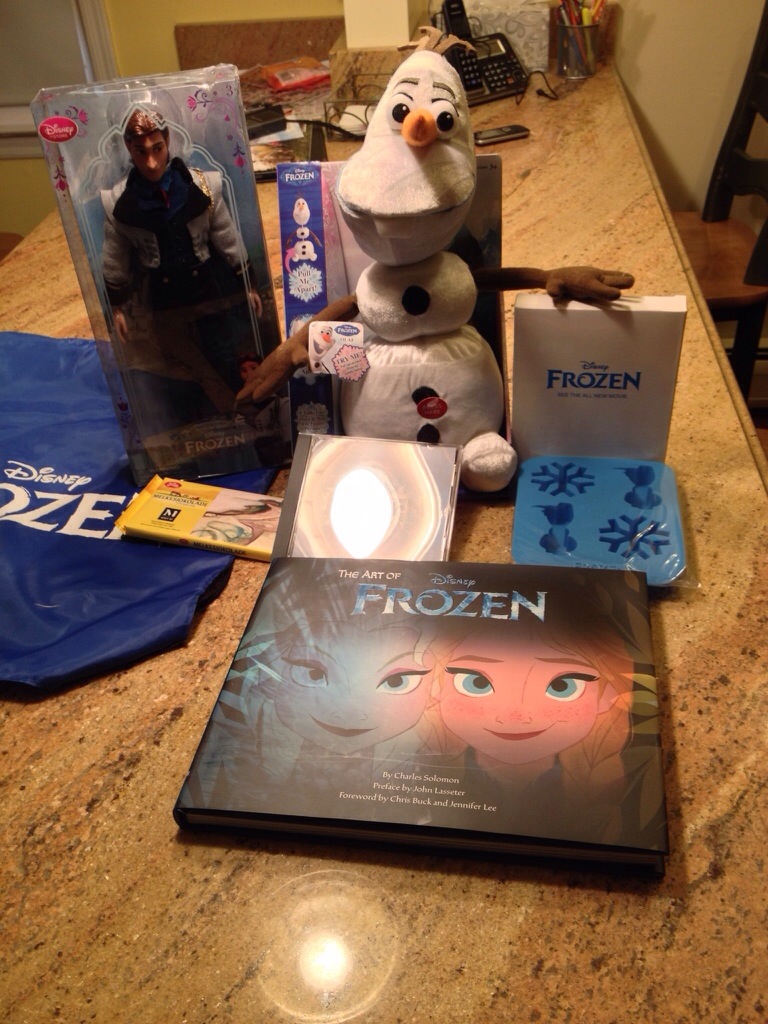 For my first Press Junket, I was totally wowwed and impressed. I don’t know how it happened, but Mommy’s Busy, Go Ask Daddy has quickly turned into a Disney blog! Look for more Frozen posts over the next week or two, including my chilling review! And be sure to get your hands on loads of free Frozen coloring and activity pages!

13 thoughts on “I Was Frozen Back in October #DisneyFrozen”