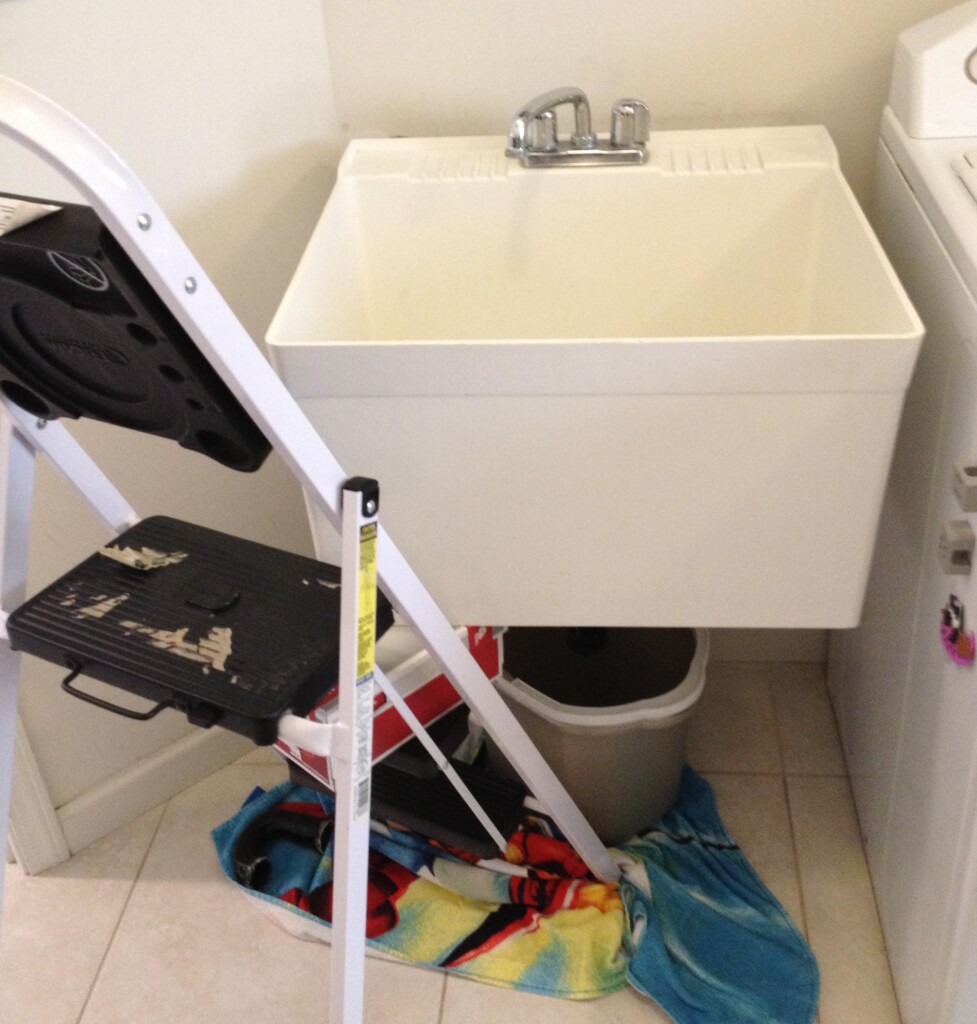 Bob the Builder’s got nothing on me. Neither does his Spanish-speaking cousin Handy Manny. Tim the Toolman Taylor? Even his ridiculous, accident-causing projects squash my abilities. In other words, I suck at fixing things.

Actually, that’s not true. I’m pretty decent with electronics. Got a DVD player that needs hooking up? Even printers and wireless networks I can handle with minimal cursing. But ask me to do even basic home repairs and you’re better off giving a hammer to my 7 year old.

I can hang pictures up on the wall, though that’s a chore. Spackling is something I can semi do, but if you want it looking really nice, hire a painter. Putting furniture or equipment together (like an IKEA desk, a treadmill, etc.) and I can handle it. To me, that’s just like putting together a Lego set, with nice easy-to-follow instructions.

So you get the picture. I’m not really all that handy. Breaking stuff, on the other hand, I’m really damn good at. Let’s take a look at this weekend, shall we?

After a fun weekend with the family at Dorney Park in Pennyslvania, we came home Sunday around lunch time. Jason wasn’t feeling well (his neck was real sore from one of the super spinny rides), so he just lay down on the couch for awhile while Ryan was checking on his toys. Allie was off getting them lunch ready while I started unpacking the car. So far so good, right?

I bring almost everything in except one big suitcase. See, there’s a pack of water bottles on the garage floor right in the way. So I pick it up to move and realize I might as well bring it into the house, since we’ll probably need it anyways. So I walk in the house into the laundry room. Rather than going all the way in to put the 24-pack of water bottles in its rightful place, I simply rest it on top of the slop sink we have next to the washing machine.

See, I figured it’d rest there while I went to get the suitcase, close the garage and get in the house one final time. Planning ahead!

Except… I’m an idiot.

As I go to grab the suitcase, I hear a crash. I look into the house and see Ryan walk over and stare. “What did he do now?” I mutter to myself. Then I walk in and see that the “he” is really “me.”

Yeah, the case of water bottles is now on the floor… as is the sink. Apparently the weight pulled the sink right off the wall. Thankfully the pipes were still attached and no water was shooting out all over the place. But the drywall where the metal piece that holds the sink in place was pretty ripped up. It definitely needs to be repaired.

I tried turning off the water by the two faucets, though I could only turn one knob. Eh. I’ll just unscrew the two copper pipes and fix things. No way water would shoot out, right?

Thankfully I married a very smart woman. (She’s also amazing with directions.) She screamed at me to stop, especially since I had no idea what I was doing. We propped the sink up on a stool so it’d be stabilized at least. Then she forbid me to even touch it and went off to call a handyman to fix it.

I wish I could defend myself somehow but I really have no excuse other than to plead the fifth. At least I learned a very valuable lesson in all this. Keep the water bottles in the garage.

10 thoughts on “I’m Not a Handyman, I Just Break Things”