I’m not one to regularly write about McDonald’s Happy Meal Toys. Sure I loved them when I was a kid and my kids have certainly carried on the tradition. But there’s no way I could pass up sharing this latest promotion from the Golden Arches.

Tying in to Nintendo’s super-fun-awesome Mario Kart 8 for the Wii U, the latest Happy Meal Toys star Mario and his reckless driving pals. Yeah, the toys are cute and all, but again, that’s not why I’m writing this post. I just wanted to share with you guys one of the best press releases I ever received.

Mario and his brother Luigi (I still don’t know who’s the older one), were on hand at a McDonald’s in Los Angeles to help kick off the event!

In this photo provided by Nintendo of America, kids ride through the McDonald’s drive-thru on their Mario Kart Ride On vehicles and are handed Happy Meals by Mario and Luigi July 12, 2014 in Los Angeles. Nintendo is celebrating the recently released Mario Kart 8 game for the Wii U console by partnering with McDonald’s nationwide to include themed toys in the Happy Meal program. The program began on July 4 and is available while supplies last in stores until July 31. 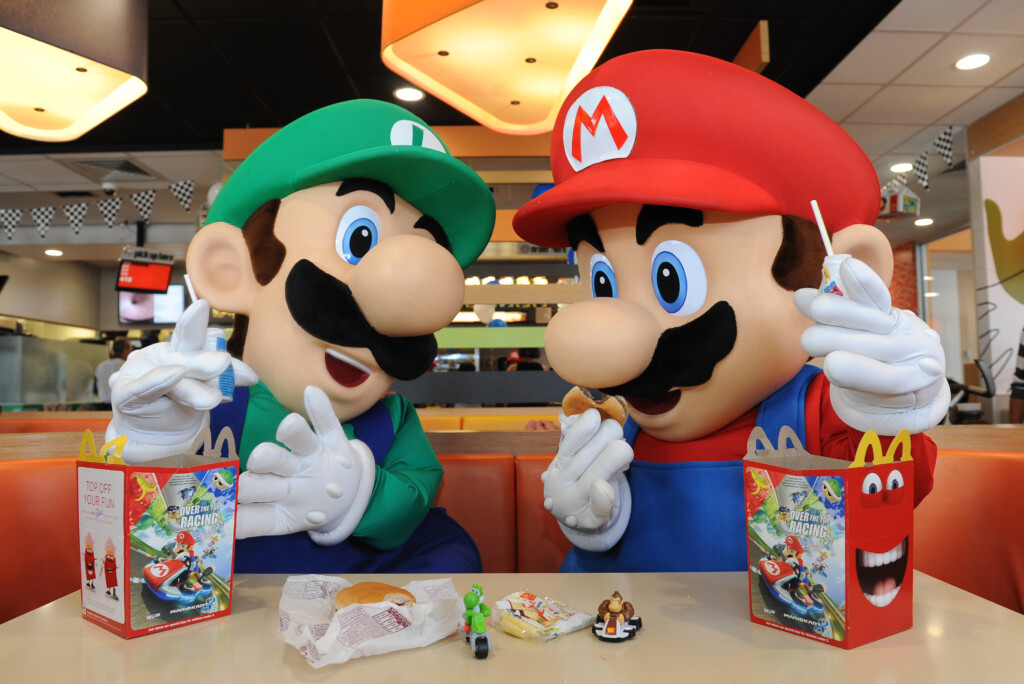 It’s funny just how tiny those McDonald’s hamburgers look in Mario’s ginormous gloved hands, isn’t it? Of course, now I’m craving a burger. And some Mario Kart 8. But mostly a burger.