The fine folks at Hasbro must have a few spycams set up in my house. I’ve been trying for years (9 years to be exact) to get my two boys into comic books and superheroes. They showed some interest about two or three years ago but it faded quickly. Then they saw the recent Avengers movie and it’s like they were injected with Super-Soldier Serum!

This weekend we watched the Captain America and Iron Man movies and they loved them. I pulled out my old comic book collection from the ’80s and gave them a pile to read through. They devoured them. So Hasbro’s timing couldn’t have been more perfect when they sent me their new Bonkazonks Spider-Man Face Case to review.

When I pulled the toy out of the box, the kids were already psyched to try it. We ripped open the packaging and to be honest, I was already confused. Was this a game? Where were the rules? There was one small piece of paper that showed you two potential ways to “play” by standing some figures up and knocking them down. Similar to those funky Star Wars Pods that Hasbro puts out, these Bonkazonks look neat, but there’s really no game per se.

Apparently it’s a good thing I don’t work for a gaming company. Because, yeah, my kids LOVED ’em. We sat down and made up our own rules. We stacked the characters, flicked ’em, knocked some over. Jason ended up winning by scoring the most points after a few rounds, but we had a good time trying to figure out just how to flick the little buggers. 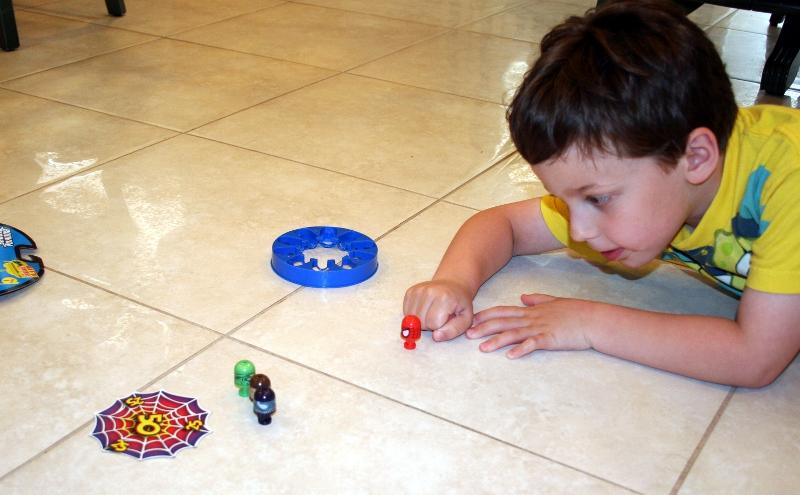 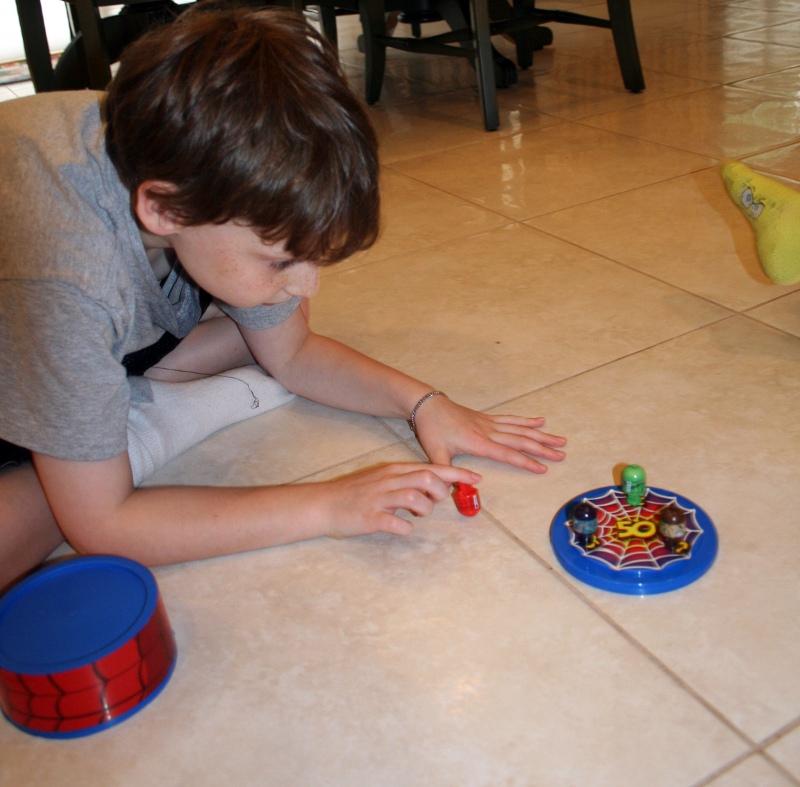 The coolest part of all is the massive amount of characters they’re going to make. Our Spider-Man Face Case came with Spidey and three villains (Venom, Sandman and the Lizard). But there’s a small insert that shows off all the characters they’re making. All 102 of them! There’s some real obscure awesome ones like the Taskmaster, Ant-Man, and even Deathlok! I’m not sure who was more excited looking at the cast of characters, me or the boys!

The Face Case includes a neat little container with Spider-Man’s logo on it, and inside it holds all the pieces, including a number of Bonkazonks.You also get a secret unique code to enter on bonkazonks.com to unlock all sorts of things in the free online game. My kids had a blast playing that one too. 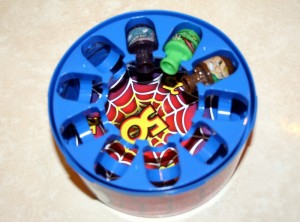 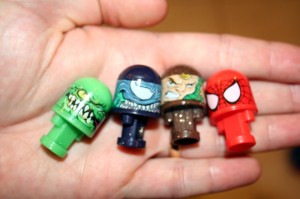 So what’s the overall take on these? My kids are screaming for more to go buy more so they can collect them all. That’s really all I need to say. They’re fun to collect and fun to play with at your own pace. I just wish they’d actually create a specific game with real rules and points, etc. That’s really my only gripe.

There are various Face Cases available (I personally can’t wait to get the Captain America one), as well as other stunt sets that include all sorts of props to do different tricks with your bonkazonks.

Suitable for children ages 5 and up, the Marvel Characters Face Case Assortment should be hitting stores now with an approximate retail price of $9.99. 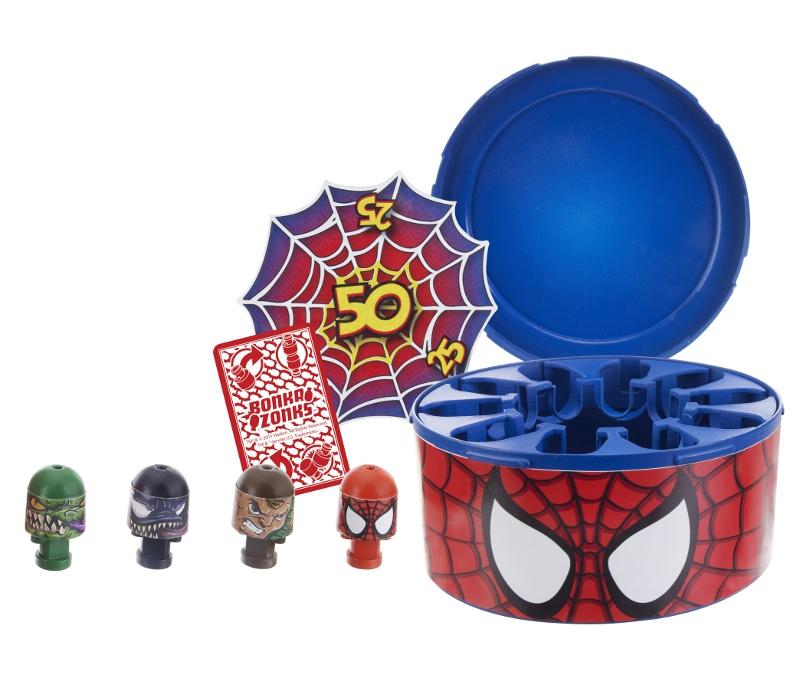 Want to win one for yourself?

Hasbro is also providing one of my readers with a Bonkazonks Marvel Characters Face Case Assortment! Just use the Rafflecopter entry form below to enter.

Giveaway ends on June 7, 2012 at 11:59 p.m. The winner will be chosen at random and announced on this site. Giveaway is open only to legal residents of the fifty (50) United States (including District of Columbia) who are at least eighteen (18) years old at the time of entry. The Winner will be notified by email and has 48 hours to respond or a new winner will be chosen.

I received the featured product in exchange for my honest opinion. The thoughts and opinions expressed in this post are my own and in no way were influenced by the company providing the product.
Share
Tweet
Pin
0 Shares