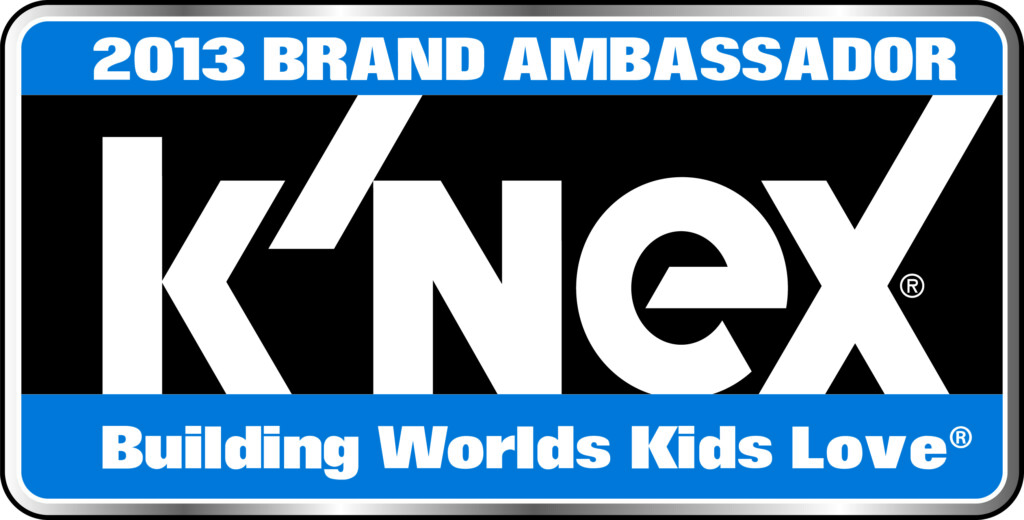 I’ve worked with many companies before doing reviews, giveaways and just general posts. But I’ve never before been an official blog ambassador.

Blog Ambassadors get to represent a company through multiple posts all year. Specifics vary by company, but some are paid, while others only give you free merchandise to review and give away.

I’ve always wanted to get an ambassadorship, and now a little over one year into blogging on Mommy’s Busy, Go Ask Daddy, I finally got my first official one. I’m proud to say that I am an official K’NEX Ambassador for 2013!

I’ve built a number of K’NEX toys with my kids in the past, mostly Amusement Park toys such as a dueling rollercoaster and Ferris Wheel. They’re a ton of fun to put together and even more fun when you’re done. Since they attach to a motor, they really do move, plus you can stick all sorts of little figures in the seats and give them the ride of their lives.

Thourhgout the rest of the year, I’ll be sharing the latest K’NEX news, reviews and hopefully some giveaways with you guys. I happen to have the inside scoop on a few upcoming sets and I absolutely cannot wait for them to come out later this year. Let’s just say if you’re a big video game fan like myself, you’re going to go broke buying up everything.

I’ve already received my first box of toys to review from K’NEX, so I sat down with my boys this morning and put a few sets together. There’s a neat line of motorized Robo Creatures. They aren’t too difficult to put together, but definitely take a little bit of time, so they give you your money’s worth.

Ryan decided to put together the Robo-Sting. It took us a few minutes to figure it out but we’re pretty sure this is supposed to be a bee. 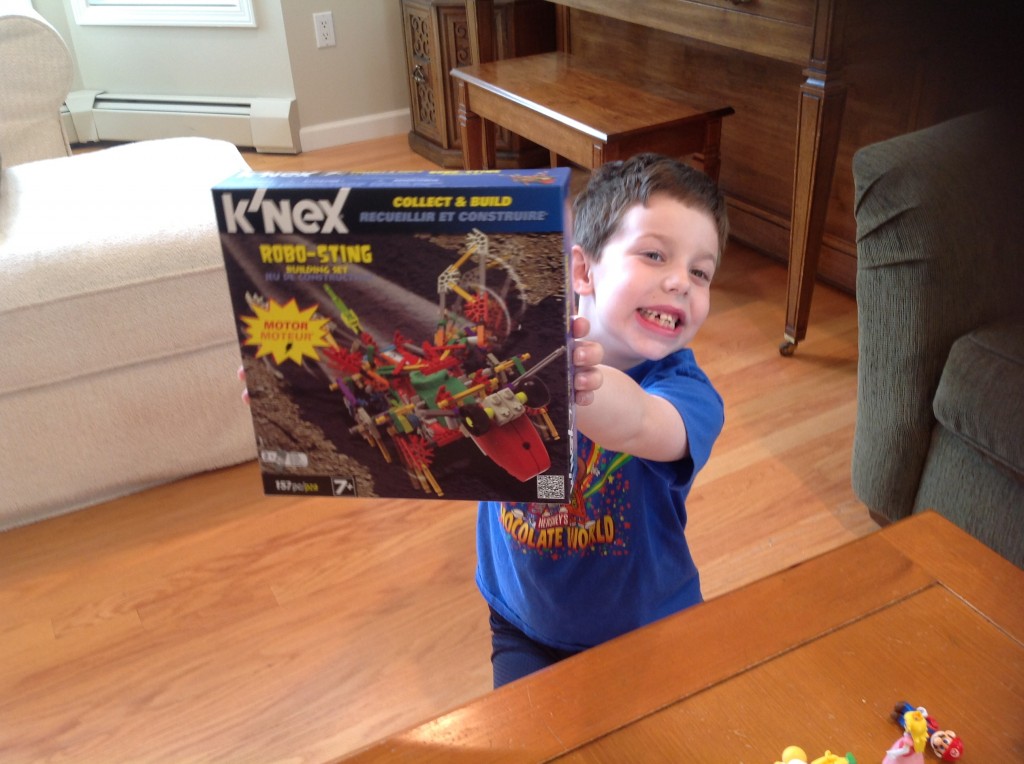 Jason grabbed the Robo-Smash! This was one killer robot! 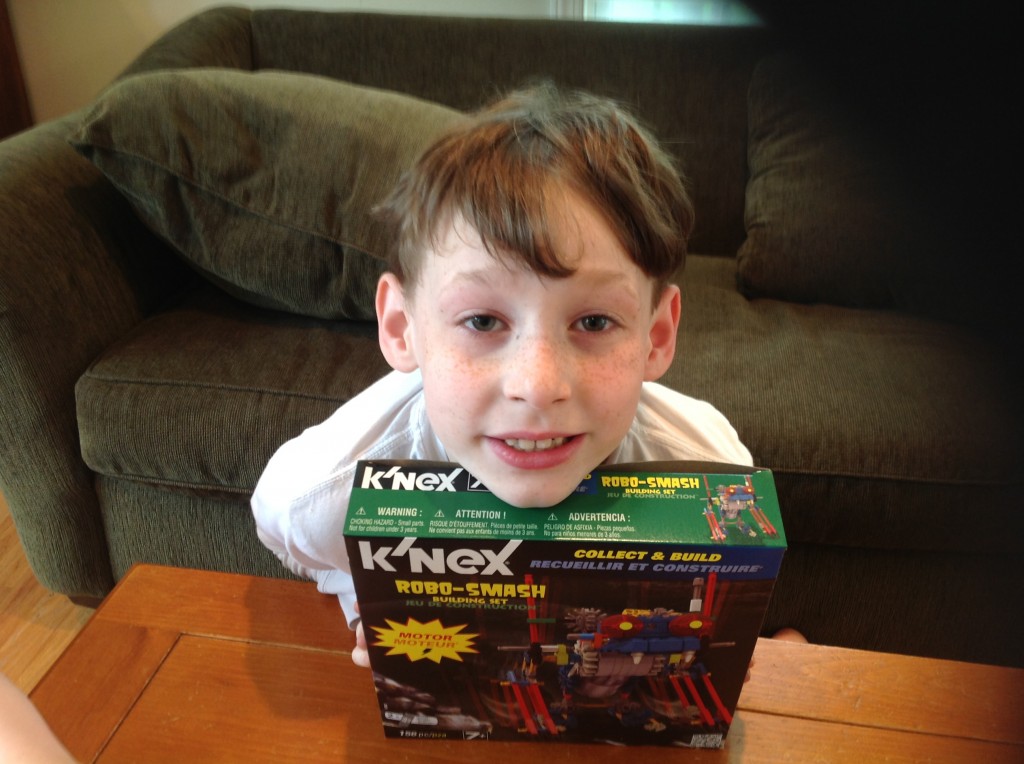 That left me with the Robo-Strike. If you can’t tell, this one’s a robotic scorpion. And no, I don’t know what’s going on with my hair. 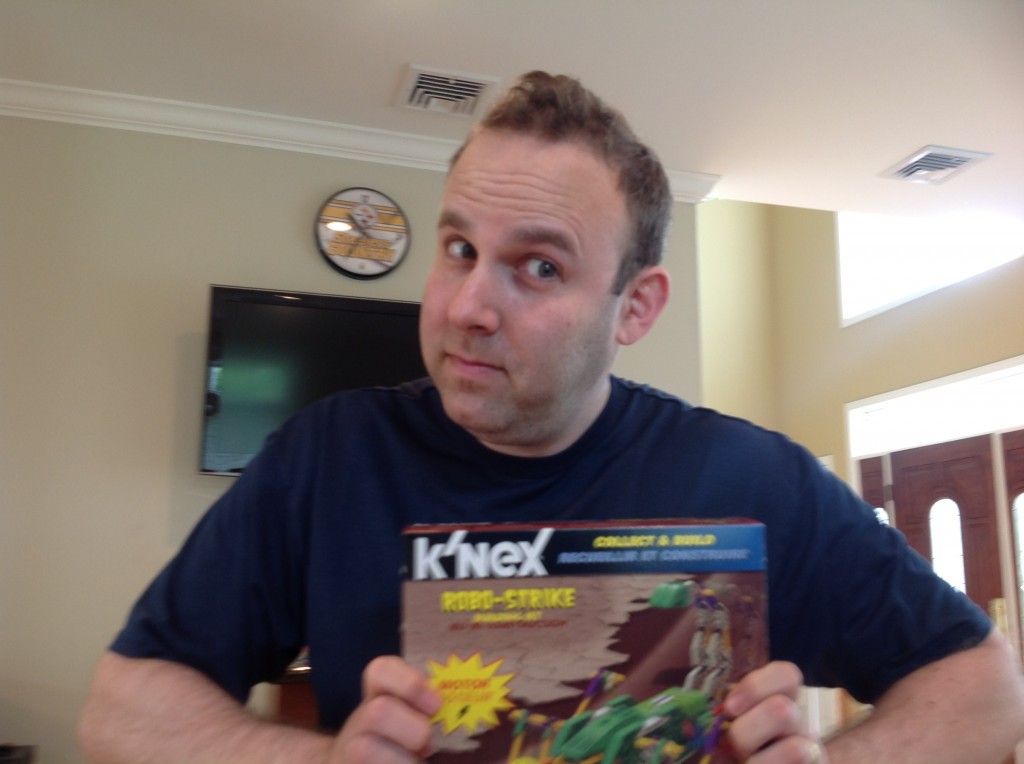 We each grabbed the instructions, dumped everything in piles on the floor and got to work! 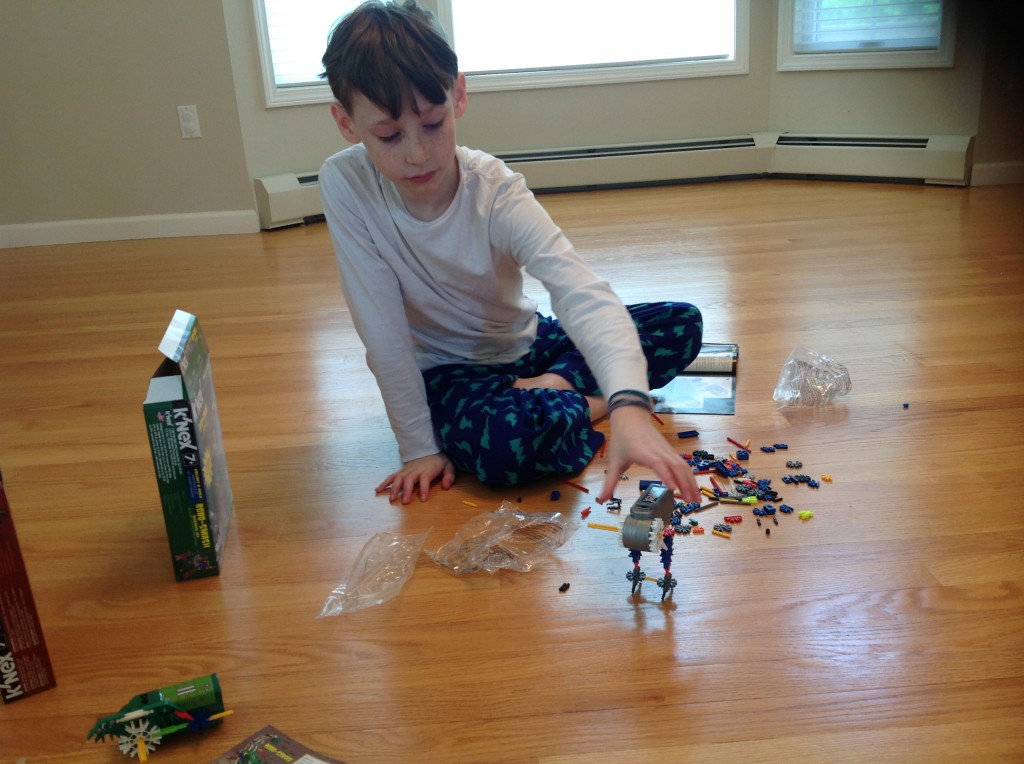 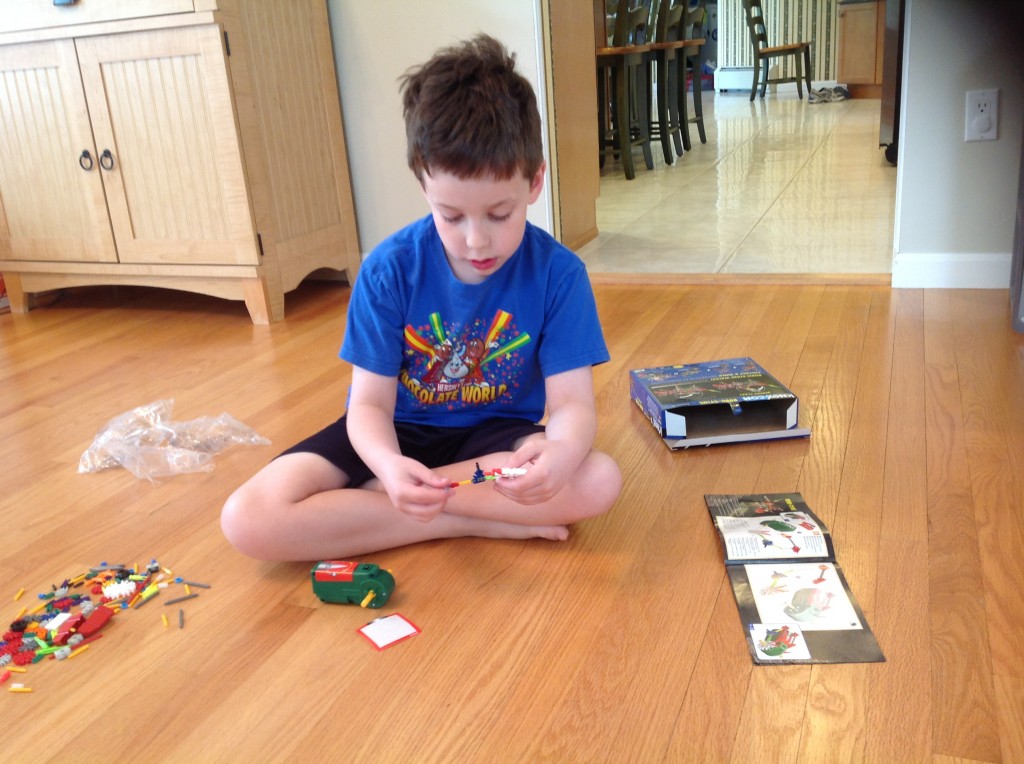 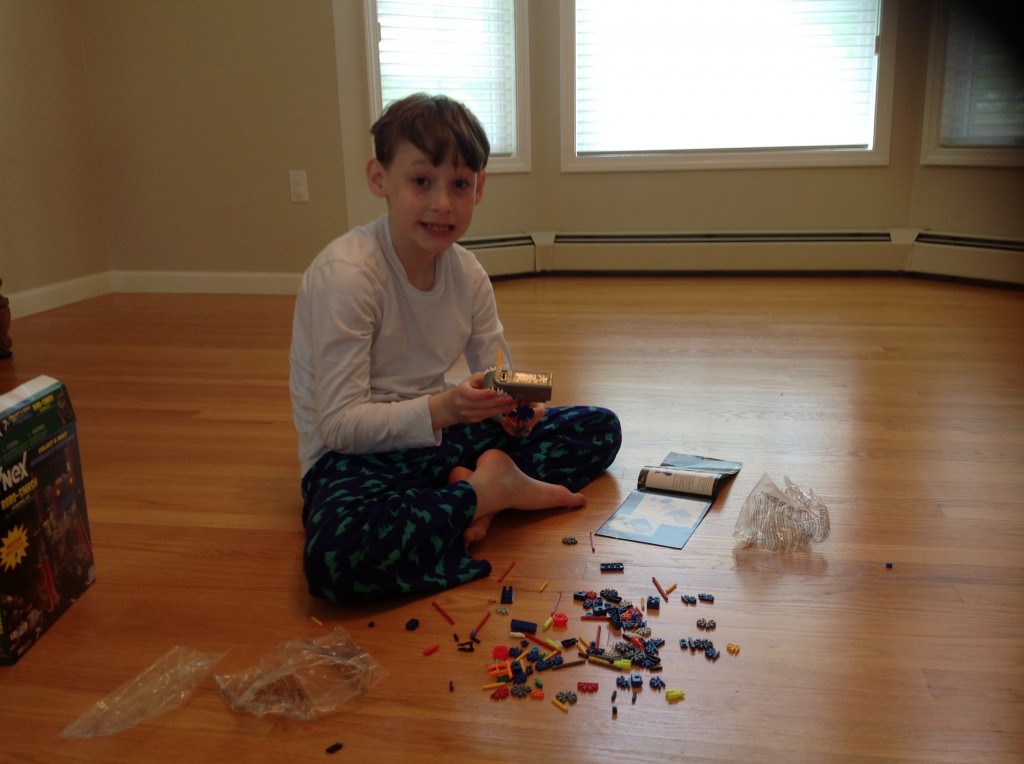 I have to admit, when we finished, these all looked pretty cool. And when you turn them on (they go backwards and forwards), the movement is pretty freaky. I need to turn these on one night when it’s super quiet in the house, so I can scare the bejeezus out of Allie with them.

The robot is probably my favorite because he really looks like a few screws are loose and he’s about to hunt me down and bring me back to his robot overlords. Ryan helped me put together a quick video to show you how they move.

One more neat thing about these three sets is that you can combine them to make one mega Robo Creature. We didn’t do that yet, but it’s next on our list!

You can pick up the Robo Creatures K’NEX toys either online or at your local toy stores.

While one or more of the products mentioned in this post were given to me for review purposes, no other compensation was provided. All thoughts and opinions in this post are my own.