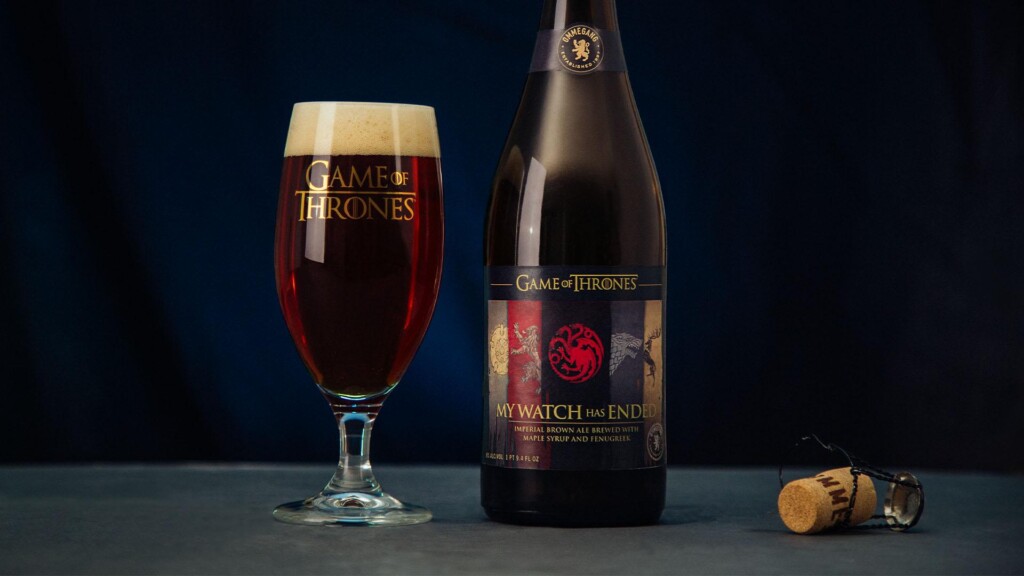 It’s been some time now since HBO’s bloodthirsty game has come to end. We’ve all had time to truly digest the rise and fall of our favorite families from the Lannisters (boooo!) to the Targaryens (Yay! Er, boo?) to the Starks (Forever Yay!).

Yes, HBO’s Game of Thrones has ended but there’s still time for one more toast.

Brewery Ommegang and HBO are proud to announce the 15th and final offering in their line of ales inspired by the award-winning drama. I previously shared a pint of King of the North with my buddy Eric. This time around, however, it felt more appropriate to drink alone.

The series is over. Characters are dead. And watches have ended. Thus it’s only appropriate that this final beer is called My Watch Has Ended. 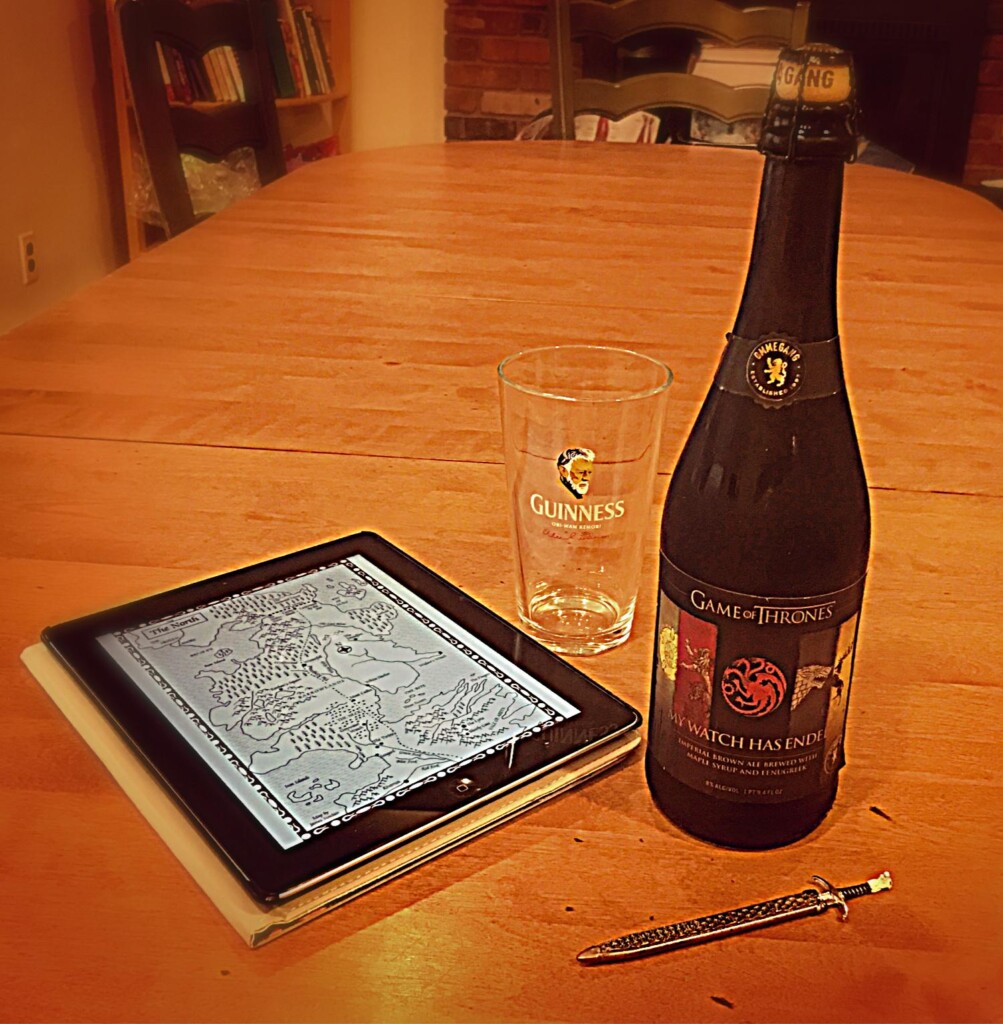 So how exactly does the end of a watch taste?

In a word: thick.

Like most stoats, you literally pour this beer like foamy syrup. I’m not a huge fan of stouts to be honest. And despite the pint glass I have, I’m not a fan at all of Guinness (except for the actor, that is).

My Watch Has Ended, though, does not have that normal bitter taste of most stouts. It definitely has a sweet flavor (yes, even a hint of chocolate) and despite the thickness, does go down smooth. I definitely need to get a few sirloins on the grill to pair with this one. 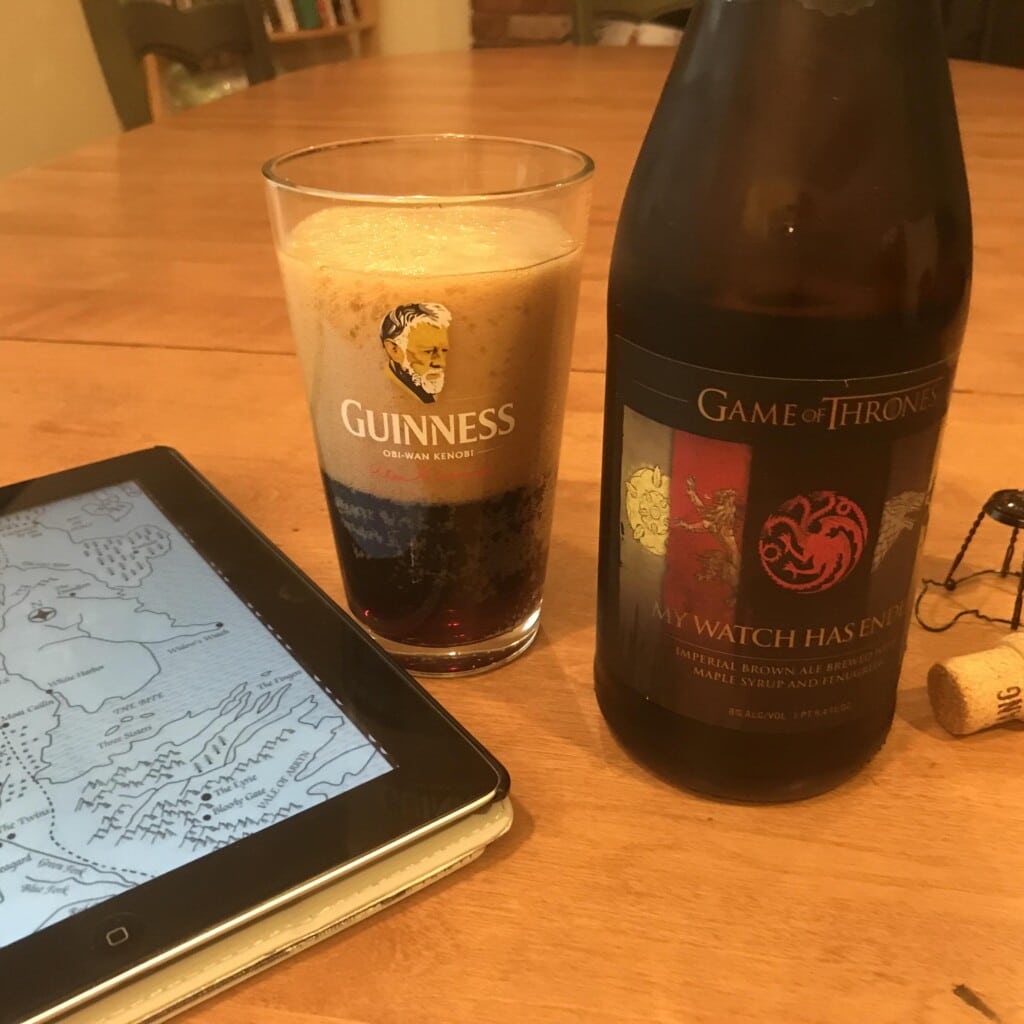 My Watch Has Ended is brewed with two-row base malt, specialty grains such as oat flakes and chocolate malt, plus maple syrup and fenugreek, an herb with a maple-like aroma and flavor. Hopped with Hallertau Magnum and Styrian Golding varietals and fermented with an English ale yeast, with aromas of sweet maple and caramelized sugar, the beer pours a rich mahogany. Notes of cocoa and toffee and a smooth, velvety mouthfeel finish dry, with gently smoldering roast.

My Watch Has Ended is 8% ABV and makes a superb match for rare, grilled steak. The char pairs with the roasted malt while maple notes play off the sweetness in the meat. The beer is also a fine candidate for sipping before the fireplace as winter arrives. 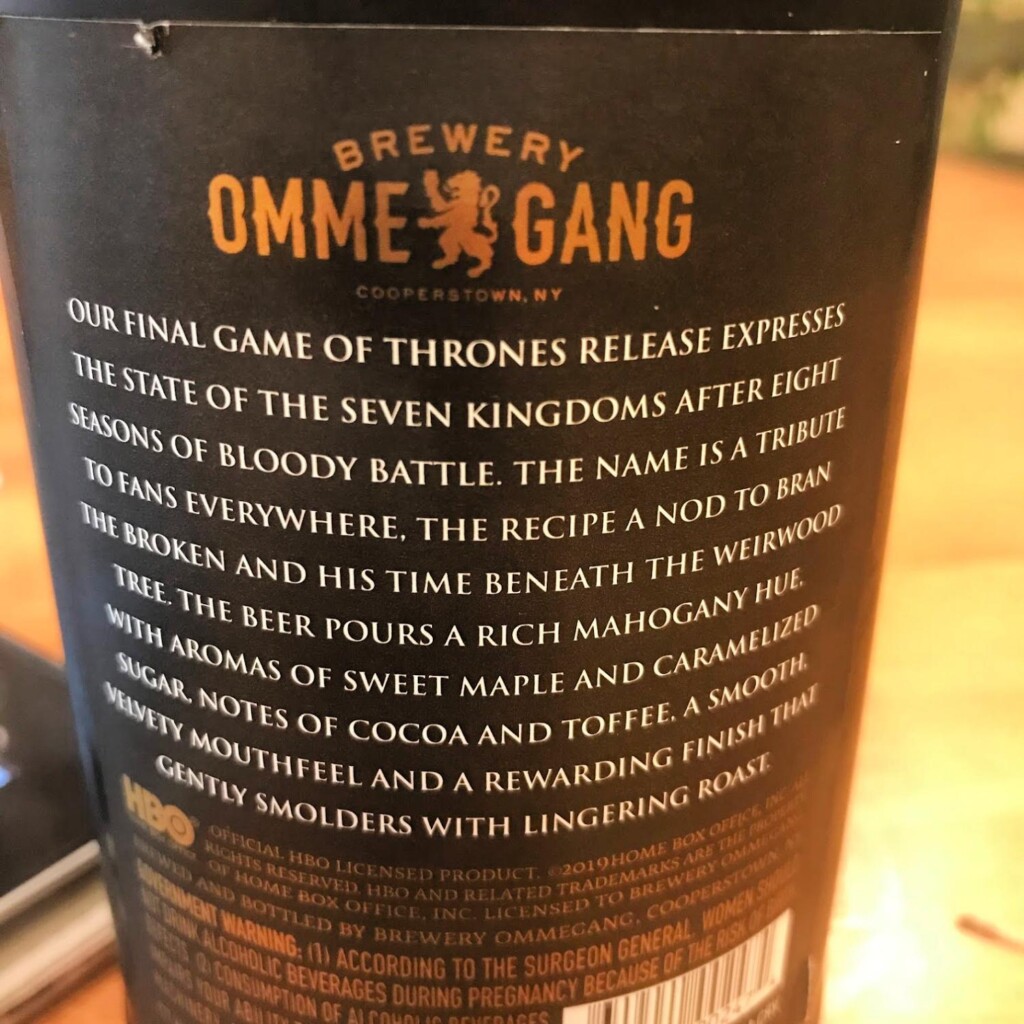 This fall, expect this beer this beer to crash your favorite bar or pick up a 750ml bottle for $11.99 each.

Might I suggest curling up by a fire, with a pint of My Watch Has Ended in one hand and the TV remote in the other as you binge the entire Game of Thrones series again. 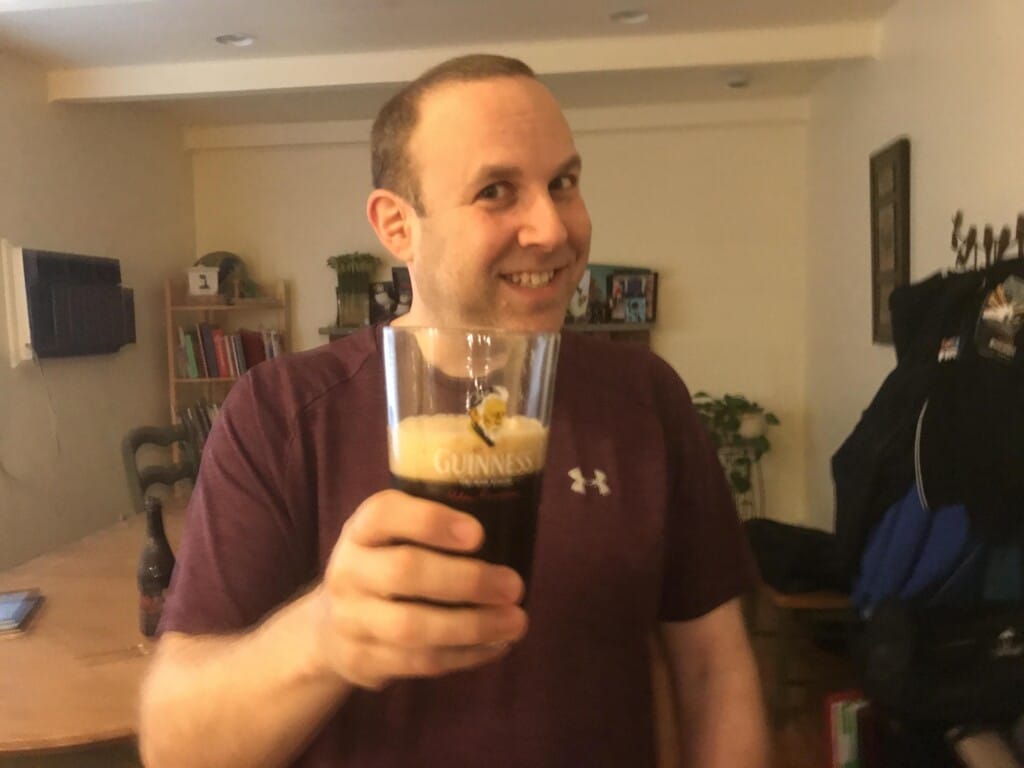 Note: I was sent a bottle of My Watch Has Ended for review purposes. All thoughts and opinions in this post are my own.