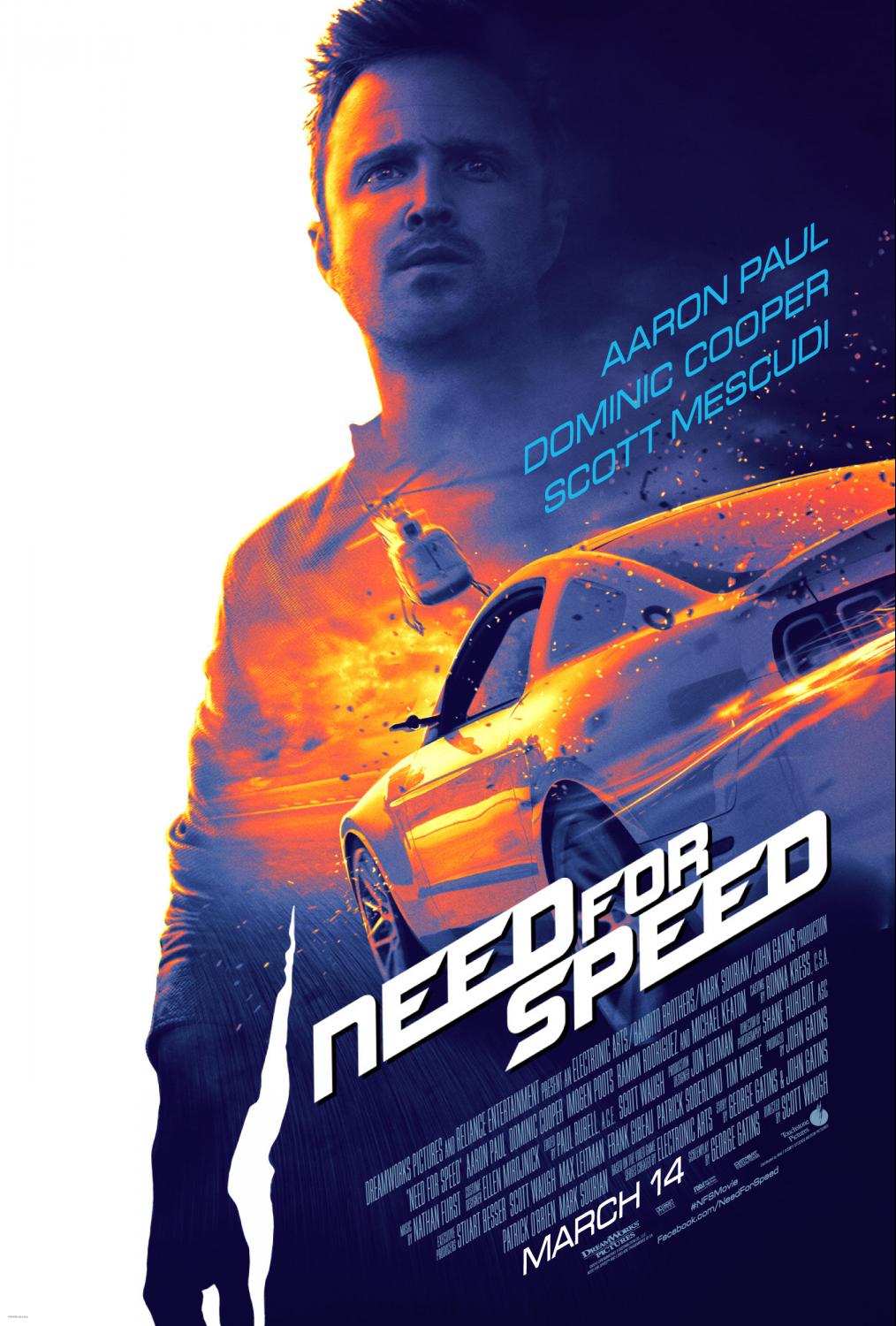 When I first met Aaron Paul, I couldn’t stand the guy. Well, technically I never met him in person. And it’s not really Aaron I hated, it’s the character he was playing. Jesse. A drugged-out, meth-making slacker on the mega hit show Breaking Bad.

He came close to death a number of times and often I was rooting for it, because I just knew his survival would mean more trouble for our anti-hero Walter White.

But then a funny thing happened. I started to like the guy. Yeah, Jesse’s character continued to change throughout the series and my moods constantly shifted between loving to hate him and hating to love him.

In fact, the show’s creators planned on killing him off before the end of the first season, but didn’t because everyone just loved this character. To me, that’s a true mark of a fantastic actor. 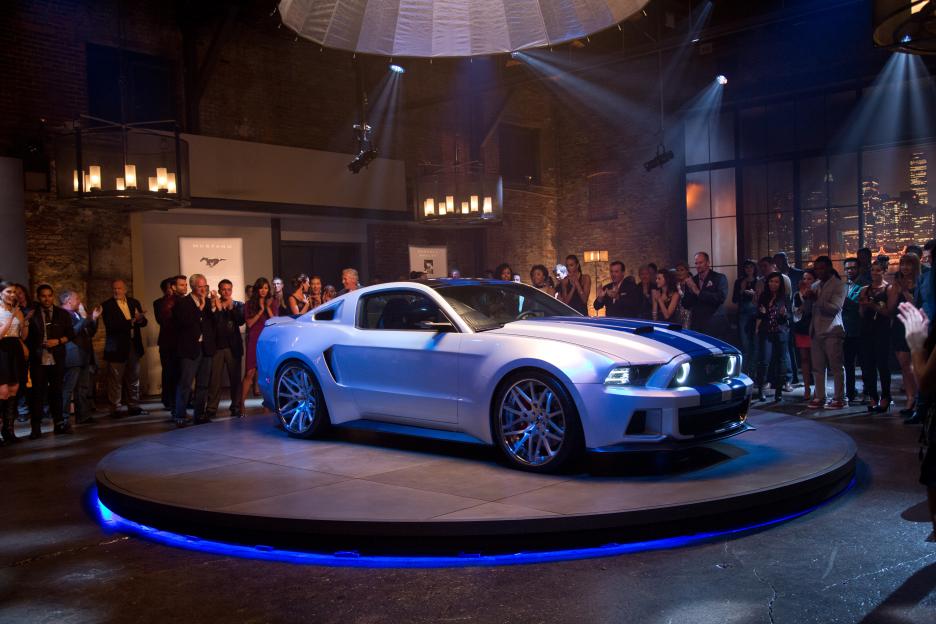 Now that Breaking Bad’s done, what’s Aaron up to? Why, just stepping into the driver’s seat of one of Dreamworks’ next sure-to-be hit movies. It’s the big screen version of the most popular racing video game of all time: Need for Speed.

DreamWorks Pictures’ “Need for Speed” marks an exciting return to the great car culture films of the 1960s and ’70s, when the authenticity of the world brought a new level of intensity to the action on-screen. Tapping into what makes the American myth of the open road so appealing, the story chronicles a near-impossible cross-country journey for our heroes — one that begins as a mission for revenge, but proves to be one of redemption. Based on the most successful racing video game franchise ever with over 140 million copies sold, “Need for Speed” captures the freedom and excitement of the game in a real-world setting, while bringing to life the passion for the road that has made our love of cars so timeless.

The film centers around Tobey Marshall (Aaron Paul), a blue-collar mechanic who races muscle cars on the side in an unsanctioned street-racing circuit. Struggling to keep his family-owned garage afloat, he reluctantly partners with the wealthy and arrogant ex-NASCAR driver Dino Brewster (Dominic Cooper). But just as a major sale to car broker Julia Maddon (Imogen Poots) looks like it will save Tobey’s shop, a disastrous race allows Dino to frame Tobey for a crime he didn’t commit, and sending Tobey to prison while Dino expands his business out West.

Two years later, Tobey is released and set on revenge — but he knows his only chance to take down his rival Dino is to defeat him in the high-stakes race known as De Leon — the Super Bowl of underground racing. However to get there in time, Tobey will have to run a high-octane, action-packed gauntlet that includes dodging pursuing cops coast-to-coast as well as contending with a dangerous bounty Dino has put out on his car. With the help of his loyal crew and the surprisingly resourceful Julia, Tobey defies odds at every turn and proves that even in the flashy world of exotic supercars, the underdog can still finish first.

Normally, I’m not a big fan of racing movies. No, I never saw Days of Thunder or Talladega Nights. In fact, the last racing movie I probably saw and loved was Cannonball Run! But mix in one of my new favorite actors and some video game-to-movie action and I’m sold! 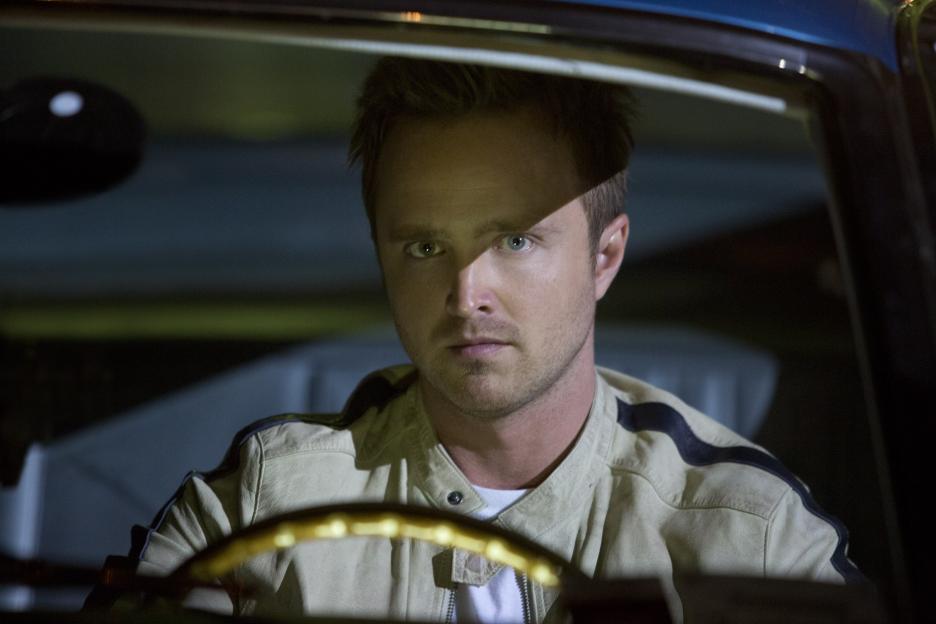 This got me thinking… what if Dreamworks got the rights (and the scripts) to put out movies based on other popular video game racing series? How awesome would that be? Just imagine what those Hollywood Heroes could do with a Spy Hunter movie! Or Crazy Taxi! Or Twisted Metal! Or even the ultimate tag-team racing game: Mario Kart Double Dash!

Yeah, you better believe I’ll be… ahem… racing to the theaters to catch Need for Speed next month. And who knows, it could be such a mosntrous hit, it spawns as many sequels as the game franchise itself!

Do you have a Need for Speed?