With the exception of Disney Princess movies (though I did like Tangled and LOVED Frozen), I pretty much love every animated movie Disney puts out. I actually wasn’t sure what to think of their most recent film Planes, though.

It seemed a bit too similar to Cars and the trailers just didn’t get me super psyched. But then I watched the movie and my concerns were cast aside.

If you read my Planes review, you’ll know that I really enjoyed the movie, and so did the kids. And this summer, the story (and the whole Cars/Planes Universe) expands even more with the Planes sequel Planes: Fire & Rescue!

“Planes: Fire & Rescue” is a new comedy-adventure about second chances, featuring a dynamic crew of elite firefighting aircraft devoted to protecting historic Piston Peak National Park from raging wildfire. When world famous air racer Dusty (voice of Dane Cook) learns that his engine is damaged and he may never race again, he must shift gears and is launched into the world of aerial firefighting. Dusty joins forces with veteran fire and rescue helicopter Blade Ranger and his courageous team, including spirited super scooper Dipper (voice of Julie Bowen), heavy-lift helicopter Windlifter, ex-military transport Cabbie and a lively bunch of brave all-terrain vehicles known as The Smokejumpers. Together, the fearless team battles a massive wildfire and Dusty learns what it takes to become a true hero. Directed by Bobs Gannaway (“Secret of the Wings”), “Planes: Fire & Rescue” hits theaters in 3D on July 18, 2014. 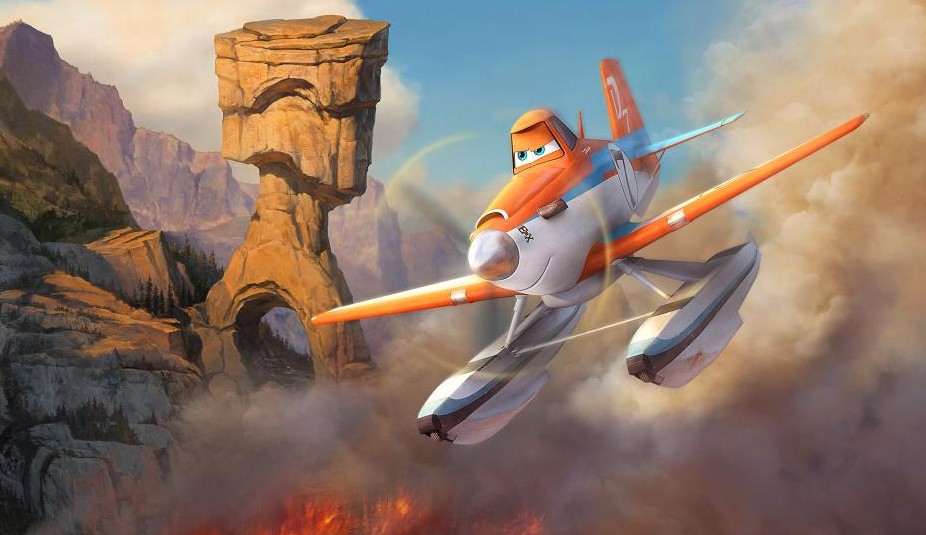 Everything about the entire Cars/Planes Universe is just adorable. I love seeing how anthropomorphic vehicles interact with each other and act just like humans. Take a look at this latest trailer to see the crew in action!

Gotta love, Dusty am I right? I love the direction the series is taking too, moving away from racing and concentrating more on helping others in the real world. And once again, Disney continues to improve and impress in the animation department. How realistic does that fire look?

Disney’s really on a roll this year and 2014 is going to be the Year of the Mouse for sure!