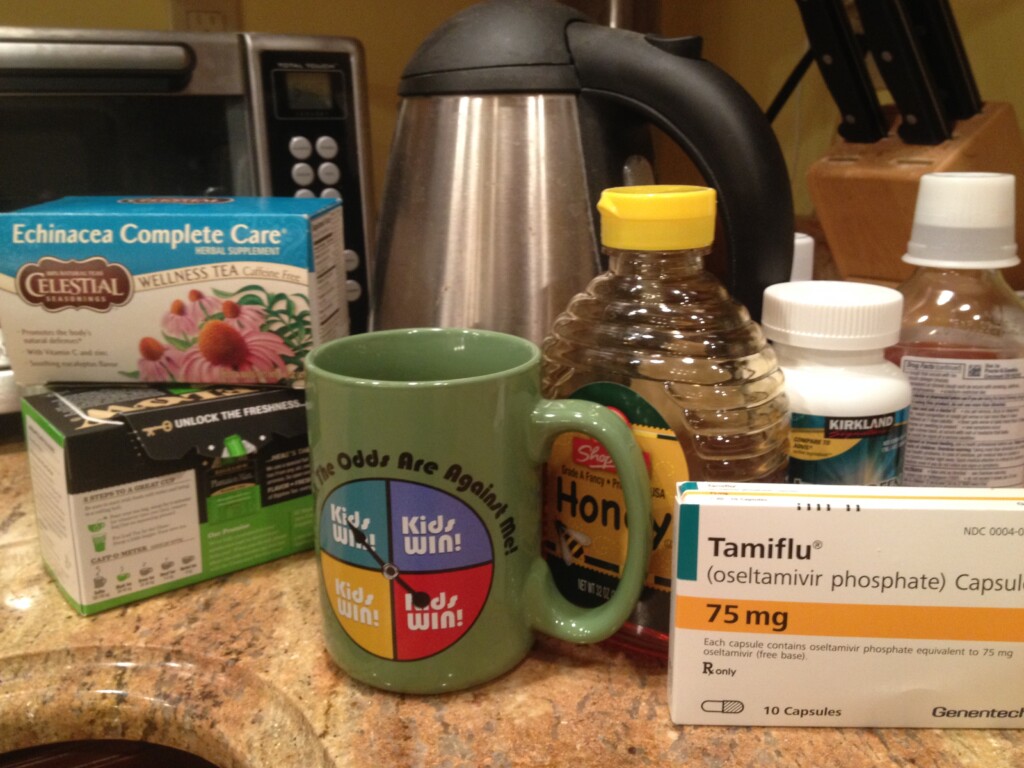 Sorry I haven’t been very vocal lately but last week I got hit by a truck. I mean, I got hit by the flu, which hit me like a truck.

I could barely get out of bed on Thursday, and Friday was a bit better. I’ve been pretty much resting since, along with guzzling tea and pounding pills (1 round of Tamiflu, followed by a full round of Azithromycin for a secondary infection). I haven’t been making the long commute into work each day, but I have been working from home this week and then passing out for the night.

Before you even ask, yes I got a flu shot back in October. Apparently this year’s shot really missed its mark, because doctors are seeing loads of patients come in similar to me.

And since I’m such a giving person, I managed to pass the flu on to my lovely wife. I’m so generous, aren’t I? Luckily the kids haven’t been hit with it yet.

I considered doing a giveaway in case anyone else wants some influenza, but then thought that there’s probably all sorts of laws about spreading diseases across state lines.

I just wanted to put up a quick post so you guys didn’t think I’d forgotten about you! I have plenty of writing to catch up on and hope to do so once my body stops housing these unwanted guests.

29 thoughts on “One Flu Over the Cuckoo’s Nest”