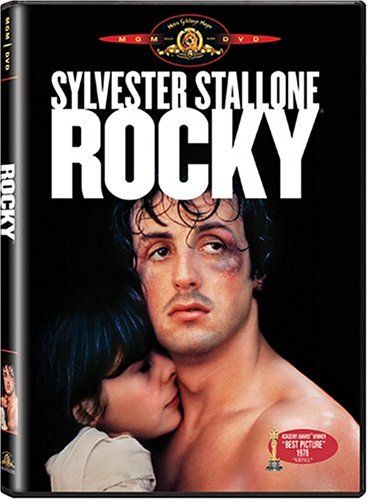 This past weekend, our Family Movie Night turned into a Weekend Movie Marathon! Allie rented the first three Rocky movies and we successfully made it through ‘em all in roughly 24 hours.

Surprisingly, all three held up nicely and I still enjoyed them thoroughly. I was pretty impressed with the picture quality too, considering these movies are a few decades old.

Now I know the first one is a bit slow and we prefaced that for the kids, but pointed out they needed to get through it to understand the other ones. Jason was actually fine throughout (except for all the mushy kissing scenes), and Ryan complained a few times but was interested enough to stick through it.

Rocky II was my favorite (and the first one I saw growing up) and the kids definitely  liked it loads better. That fight at the end between Rocky and Apollo is just epic to the Nth degree. It was fun hearing the boys predict what was going to happen as the fight went on round after round.

And then… then it got painful.

But in a good way.

The movie ended, and just like when I was a kid and watched it with my dad, my kids got up and did their best Rocky impressions, pummeling me as hard as they could. 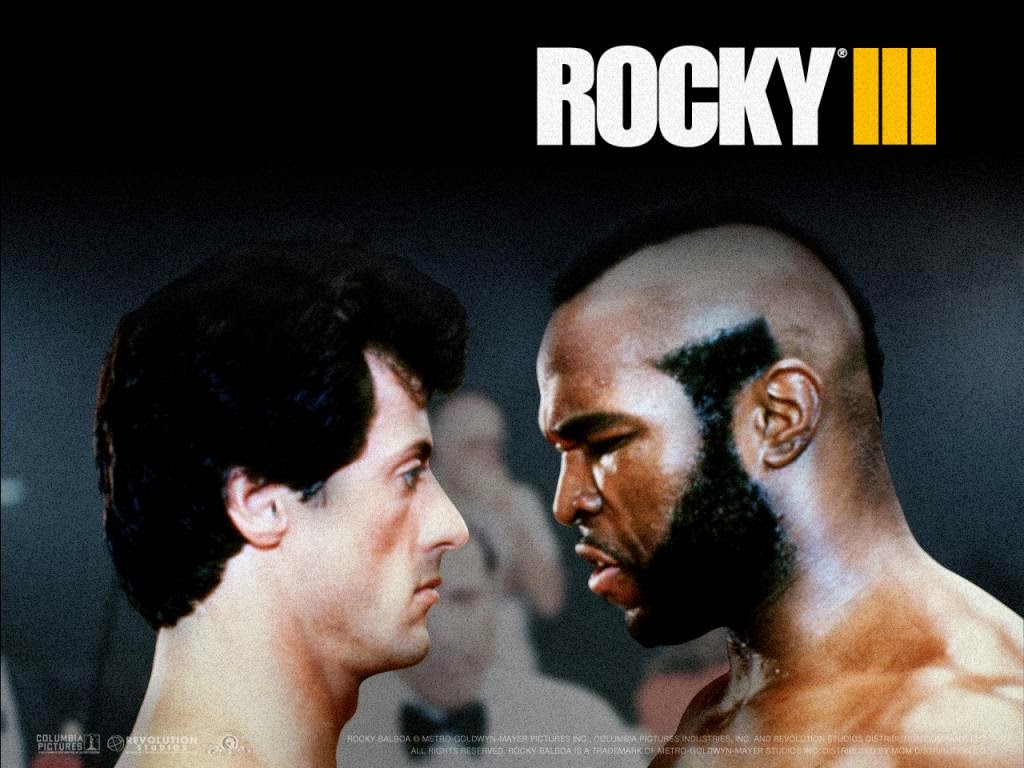 After watching Rocky III (easily the most action-packed of the three), my body didn’t stand a chance. We had to re-enact the wrestling/boxing fifght between Rocky and Thunderlips (Hulk Hogan FTW!), as well as the brutal (“You ain’t so bad! You ain’t NUTHIN’!”) bout between Rocky and Clubber Lang (Mr. T FTW!).

This time, Ryan got in full boxing mode by taking off his shirt and hiking up his pajama shorts, before “dancing” around the room with his arms up, ready to take a swing. It was equal parts hilarious and adorable.

I don’t know if I’ll bother showing them Rocky IV. I definitely liked that one as a kid, but it made sense to me, growing up during the Cold War. Nowadays, I just can’t see it holding up as well, particularly with them. As for Rocky V, we’ll just pretend that never happened. And Rocky VI (otherwise known as Rocky Balboa), I honestly don’t remember a thing about that movie. I know I saw it in the theaters when it came out and was pleasantly surprised. But I think it was more of a “this isn’t so bad and lots of good nostalgia in it” film, than a good movie.

The kids were so inspired by the first three films that, of course, they had to make their own movie parody. If you’ve got 22 minutes to spare, take a look at ROK-IE The Movie! They plan on making parodies of all three films, but this is their take on the original, starring ROK-IE, Apollo, Adrian, Mickey and more!

11 thoughts on “Watching Rocky With My Kids Was Painful, In a Good Way”