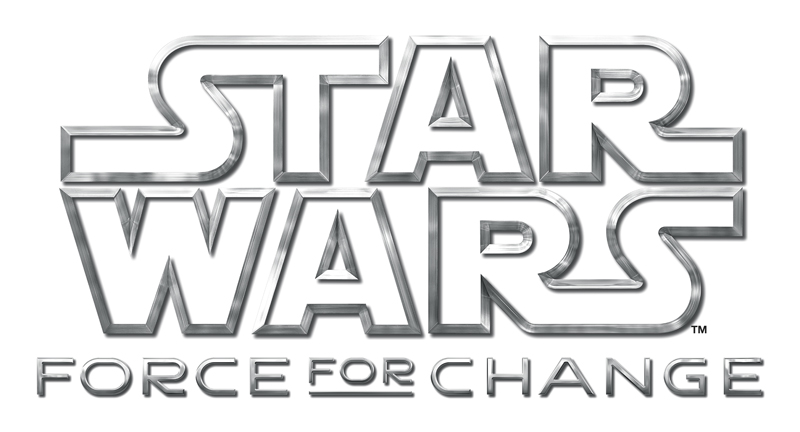 It’s true, I have a legitimate shot at playing a character in the new Star Wars: Episode VII movie! Okay, so it’s a long shot. But even a long shot is better than no shot at all.

Thing is, YOU have the same shot too. See, Disney and Lucasfilm have teamed up with Bad Robot to launch one of the greatest charitable initiatives this side of the galaxy. It’s called Star Wars: Force for Change, and it’s a wonderful fundraising campaign that puts the power of helping others in the hands of the greatest fans of all time.

The first Force for Change campaign is raising funds and awareness for UNICEF’s Innovation Labs, which helps truly vulnerable children around the world. Disney has already committed $1 million to support this launch and fans can even join in on giving a new hope to kids worldwide. What’s more, there are some incredible rewards for each donation level, not to mention the ultimate Star Wars sweepstakes.

By contributing directly at Omaze.com/StarWars, fans are entered into a special sweepstakes that offers a once-in-a-lifetime experience.

Uh, yeah. You read that right. You and a friend will get an on-set visit to Episode VII, meet the cast, oh and yeah, get turned into some wacky Star Wars character that will be filmed for a scene in the movie!!! Could an action figure be far behind? Play your cards right, win over the fans, and anything’s possible!

Reward Levels start at $10 for being a “Force of Change” founding member, and scale all the way up to the ultimate Jedi Grand Master of the Order for a mere $50,000, which includes a private screening of Episode VII for you and 20 guests in your hometown! 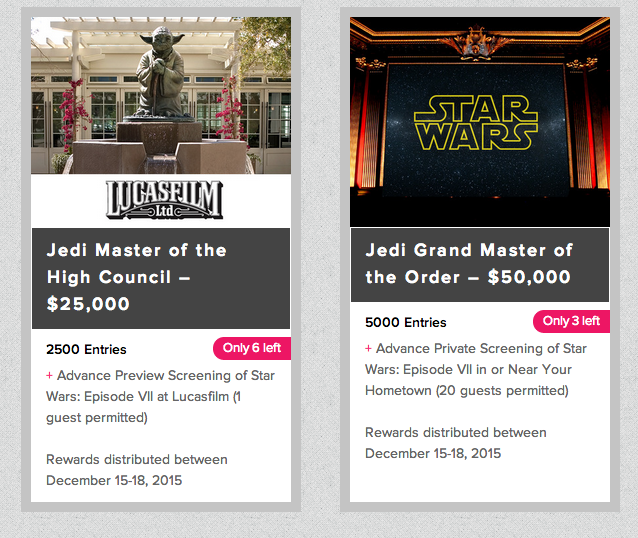 Honestly, I love everything about this. It’s awesome that Disney and Lucas can offer fans an incredible opportunity like this, and it’s fantastic to see them working with the fans to help bring some love and humanity to the world. The Force is definitely strong with this company!

So all you people with a “Dollar and a Dream,” hoping to win the big Lottery every week, good luck. You can have your millions. Me? Yeah, I’d much rather be hanging in London with some Jedi, Wookiees and bounty hunters.

2 thoughts on “I Have a Legitimate Shot at Being in Star Wars: Episode VII”