Some kid shows are seriously unwatchable. (Yeah, I’m looking at you, Caillou.) And I have to say next to potty training, suffering through kid TV is the most painful part of raising a child.

But then there are some kid shows that either grow on you or are just outright hilarious and awesome. One of those is Disney’s Phineas and Ferb. I mean, this show is just brilliant. I

s it formulaic like most kids shows? Yes… and no. There’s a definite pattern to every episode, but the characters are downright hysterical and the side stories starting a secret agent platypus who takes on the evil Dr. Doofenshmirtz are worth the price of admission alone. 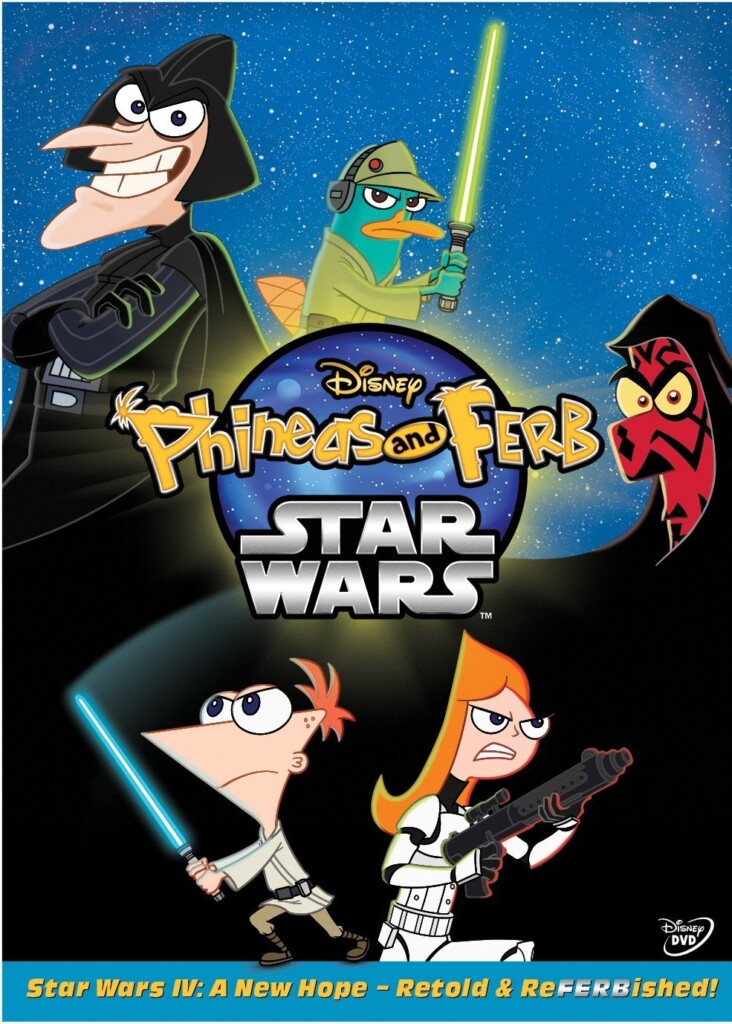 Synopsis: A couple summers ago in a galaxy far, far away, Phineas and Ferb are happily basking in the glow of Tatooine’s twin suns – until plans for the Death Star accidentally fall into their hands, thrusting them (and Agent P) into a galactic rebellion and an epic struggle of good versus evil in Phineas And Ferb: Star Wars.

We saw it when it first aired and I STILL laugh my butt off at the Sand People scene with the binoculars. Every. Single. Time. It’s now available on DVD and I highly recommend checking it out. 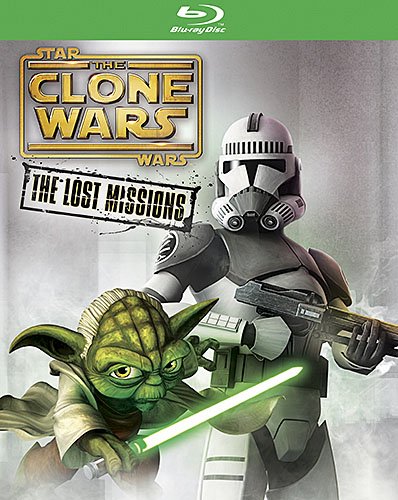 Another new Disney release is Star Wars: Clone Wars: The Lost Missions. It’s no secret that I’m not a fan of the Star Wars prequels. (That’s putting it nicely.) However, the one good thing to come out of that prequel nonsense is The Clone Wars cartoon. It took me awhile to finally dive in, but once I did, I was hooked.

Really great characters and storylines that totally fit into the whole Star Wars Universe. I haven’t finished all the seasons yet, but I definitely want to finish them up and see these Lost Missions episodes too!

Synopsis: Against a backdrop of ever-shifting loyalties, uneasy alliances and ancient hostilities, the conflict between the Republic and the Separatists ramps up, setting the stage for Darth Sidious’ ultimate act of treachery against the Jedi. In these uncertain times, some of the deepest mysteries of the light and dark sides of the Force are revealed as an intrepid clone trooper uncovers a shocking conspiracy, Anakin Skywalker’s closest relationship is tested to its limits, and Master Yoda makes a discovery that could forever change the balance of power in the galaxy.

My friends over at Disney were nice enough to offer up both DVDs as a giveaway prize on Mommy’s Busy, Go Ask Daddy!

Giveaway ends on December 1, 2014 11:59 p.m. The 1 winner will be chosen at random and announced on this site. Giveaway is open only to legal residents of the fifty (50) United States (including District of Columbia), who is at least eighteen (18) years old at the time of entry. The 1 Winner will be notified by email and have 48 hours to respond or a new winner will be chosen.