Last fall, I told you guys about our little problem with Stink Bugs. The little stinkers (no pun intended) were popping up all over the place and just grossing us out. Then the winter came and they went into hiding.

Fast forward to spring and the reunion began, this time in even greater numbers. We were seeing about 5 or 6 Stink Bugs a day easy. Good thing they’re super slow once they land so they’re easy to kill. But even so, this infestation was getting out of hand. Allie decided to take matters into her own hands and truly fight these guys tooth and nail. So she turned to Amazon.com for help.

The kids freaked out when the Egg Cases showed up, despite being in a sealed bag and looking kind of like a brownish cotton ball. To be honest, I was kinda freaked out myself. But the animal lover I married had no qualms about placing these guys all around the yard, in hopes that they’d birth some hungry praying mantis’ just dying to get their jaws on some juicy stinky bugs.

And then recently, we both started noticing that the house was rather quiet. We were no longer getting half a dozen Stink Bugs flying around. Maybe 1 or 2 every few days and that was it. Interesting.

This week, Allie was outside waiting for Ryan to come home from camp when she spotted this guy on the rocking chair on our deck! 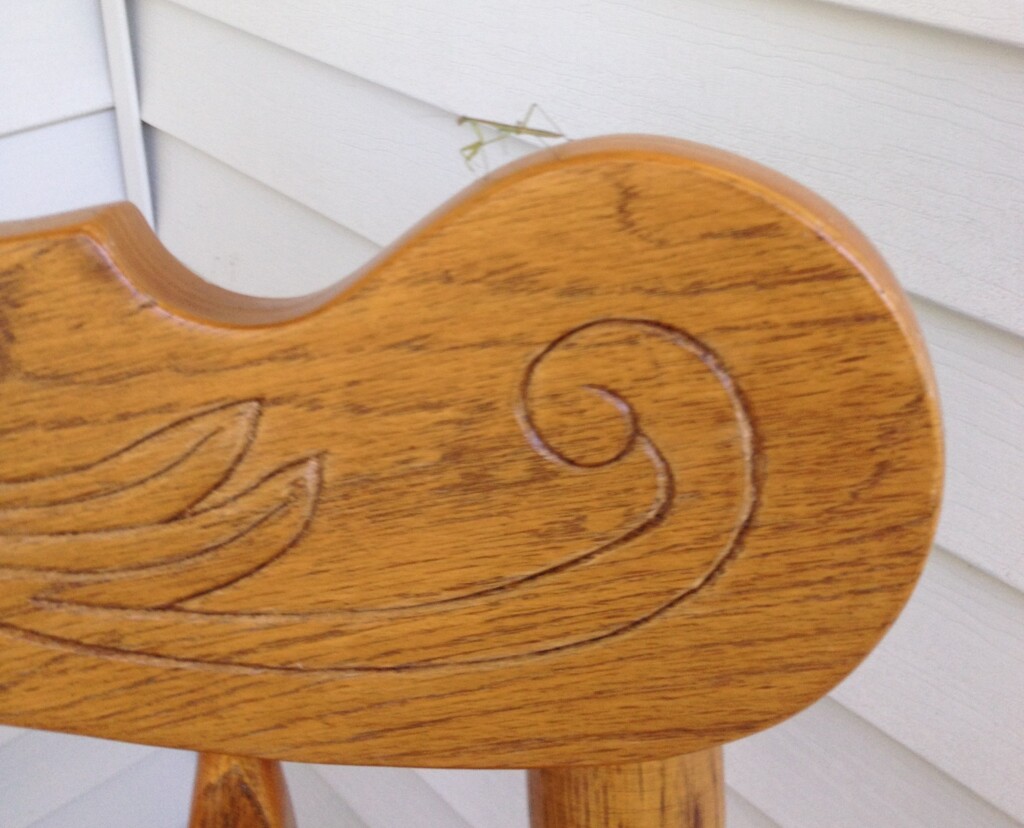 And then today, I was sitting in my home office just doing some work. I happened to look over by the window and saw this huge bugger right above it!

That picture doesn’t do it justice. (Especially since it’s so insanely blurry.) On an unrelated note, are Praying Mantises creepy or what?

My Batman-like reflexes kicked into high gear. I emptied my small wastebasket, grabbed a magazine and gently nudged him into the can. Then I ran like a 6-year-old girl screaming down the stairs, kicked the screen door open and set him free on our deck! He immediately ran to the side and started climbing up our gutter. Whew.

I saved his life and now he can return the favor by eating my body weight in Stink Bugs.