For my son’s 15th birthday, I took Jason and his friends to see Avengers: Infinity War. While I was staring eyes wide open at the most epic battle ever to grace the Silver Screen, Allie was at home wielding all six Infinity Stones by herself.  Yes, Thanos isn’t the only one to harness the most powerful weapon in the Marvel Universe. My wife is too. And she successfully made an Infinity Gauntlet cake. Even Thanos would cower at it’s power of deliciousness. 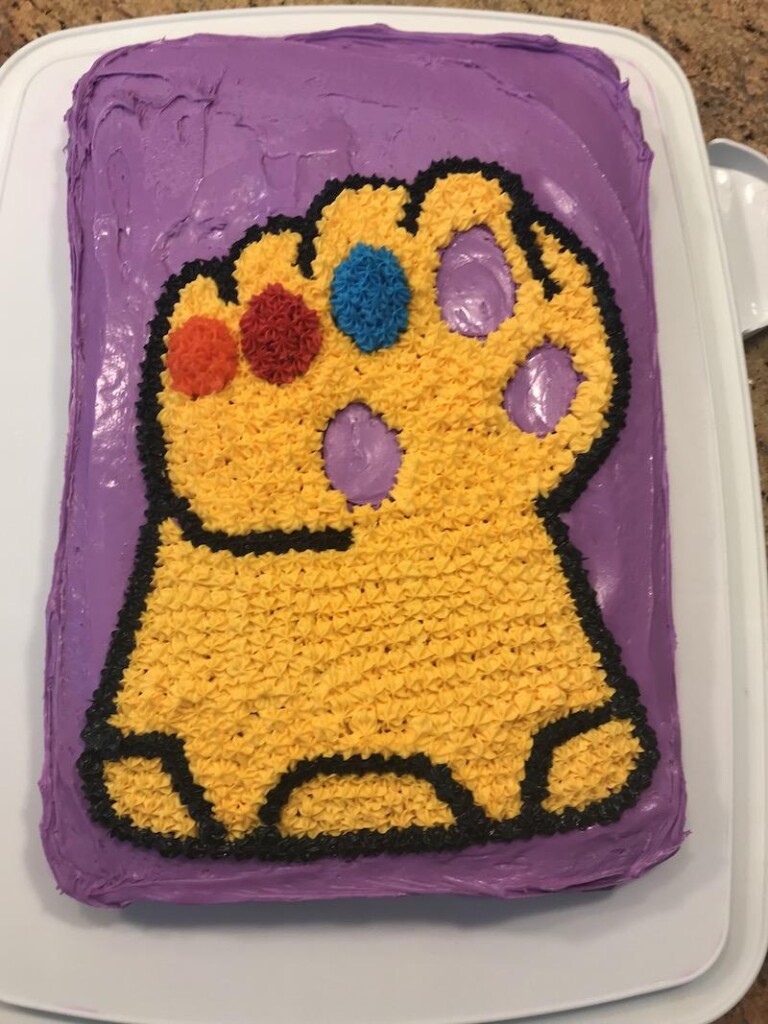 The hardest part of all was figuring out whether to go with the comic book or movie style for an Infinity Gauntlet cake. Allie used the amazingly awesome George Perez-drawn Infinity Gauntlet comic book mini-series as a main reference for the gauntlet itself. (I personally like its look better). But for the Infinity Stones, she used the colors and placement taken from the movies. 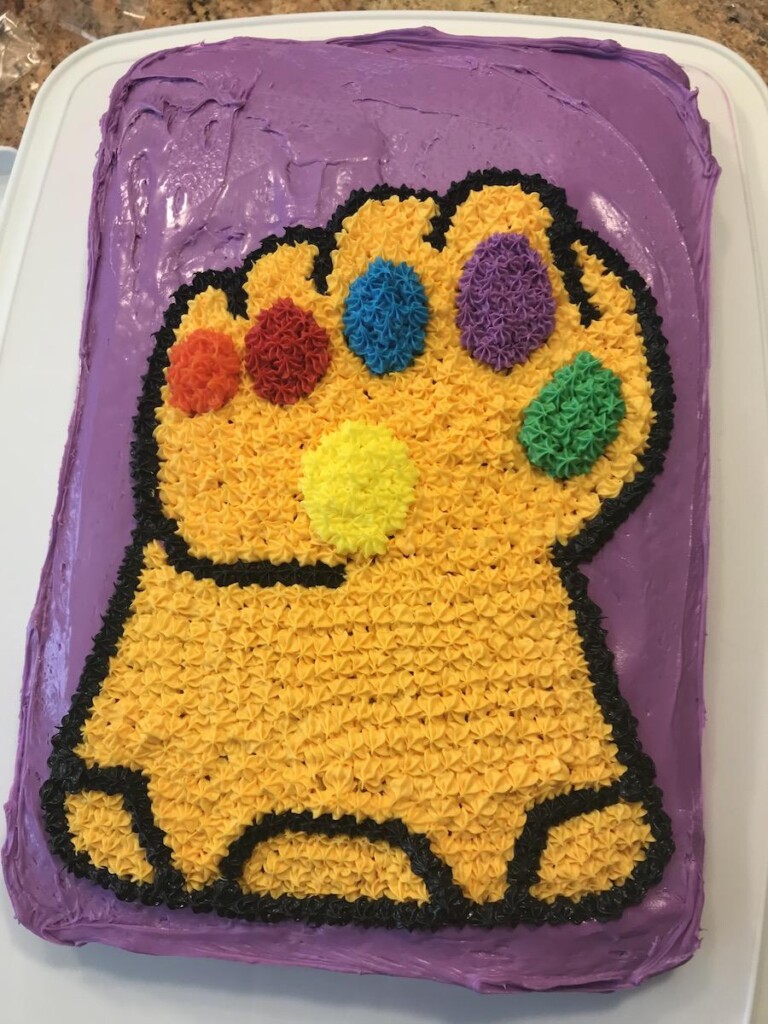 She traced out the shape of the glove and the stones by hand and then proceeded to pipe in the colored frosting for it all. I love the purple cosmic background too! 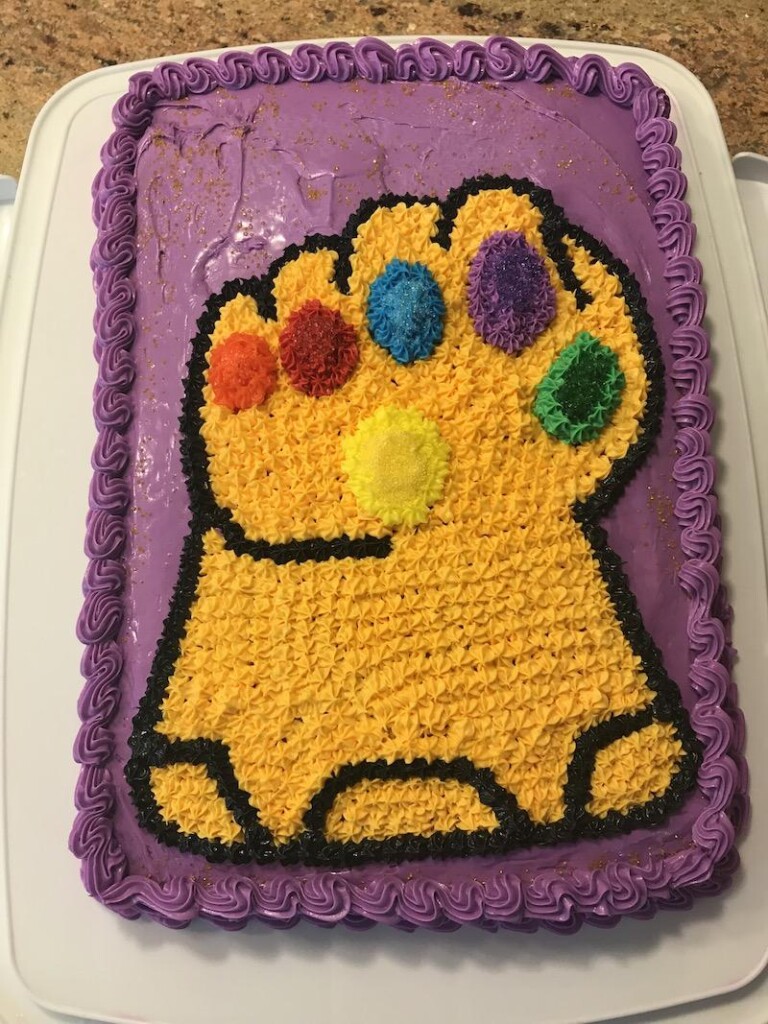 To add a bit of sparkle to the Infinity Gauntlet cake’s Stones, she found some amazing colored sugar sprinkles from Wilton. A MacGuyver in the kitchen, Allie poured each color into a separate ziplock bag and cut a very tiny hole in the bottom. Then she slowly and carefully added a bit of shine to each of the colored stones. 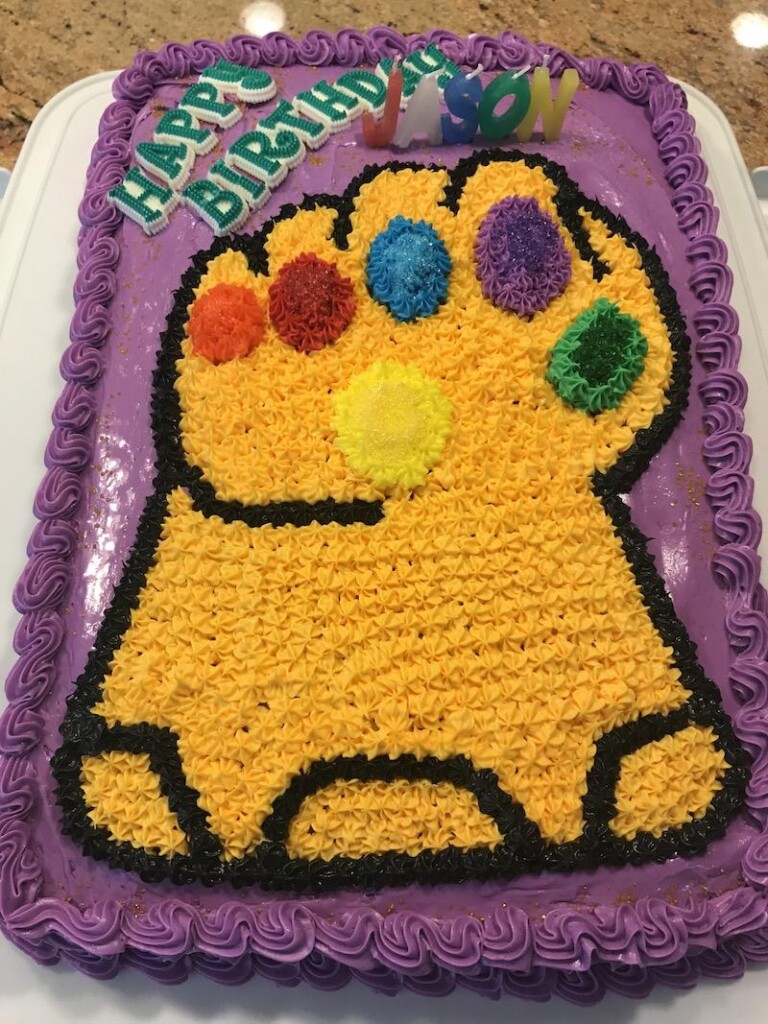 A “simple” shell border around the entire cake and all that’s left is the Happy Birthday Jason greeting and candles. I wonder what Thanos would think if he knew his treasured Infinity Stones were inside the bellies of a bunch of 15-year-old boys. 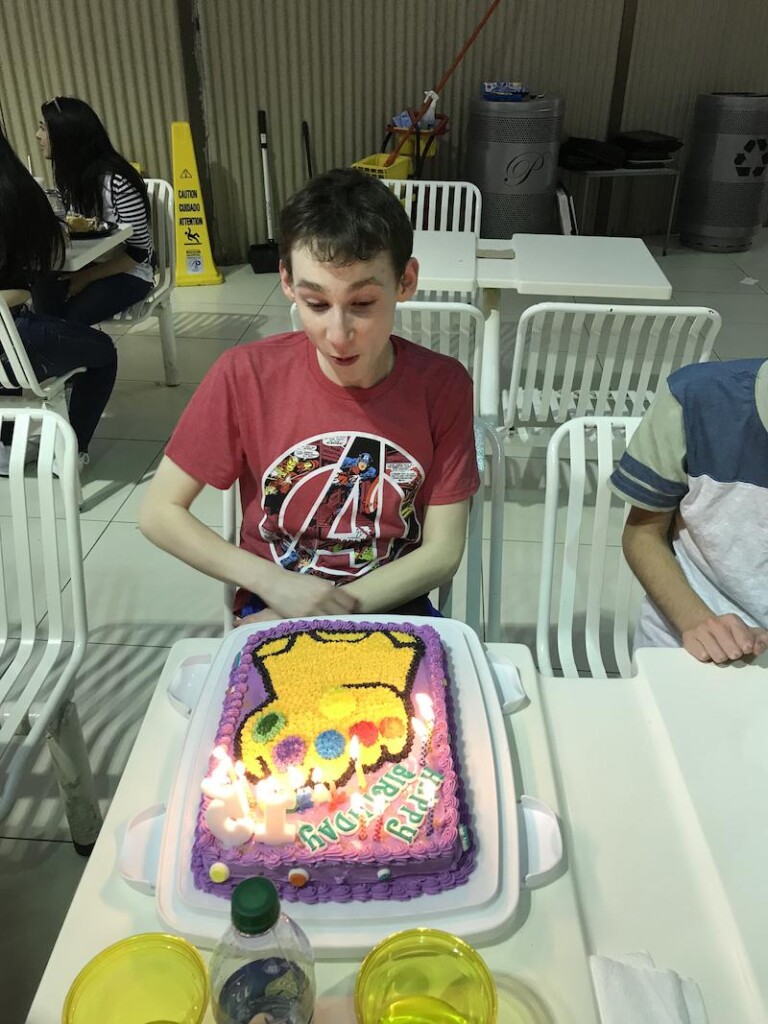 Jason loved Avengers: Infinity War just as much the second time around. And based on the pic above, it’s safe to say he was surprised by the powerful cake in front of him. And yes, it was as deliciously powerful inside as it was on the outside.