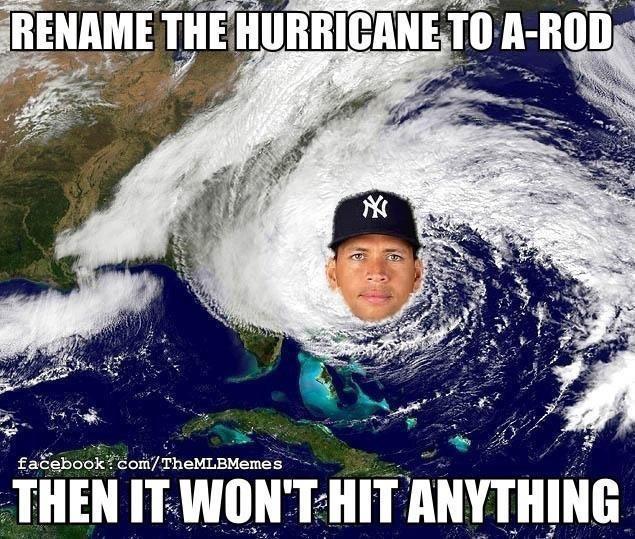 Well, we survived another hurricane over here in New York. Thankfully we got away pretty lucky this time. We never lost power and the only real damage is a handful of shingles ripped off the roof and one of the huge trees in our backyard was downed.

But let me tell you, those winds are insanely scary. All day yesterday, me, Allie and the kids curled up on the couch watching movies (Avengers and Big Miracle), while we heard and saw massive winds outside. Around dinner time we heard this huge crack, then ran to the kitchen window and barely could make it out. We knew a huge limb or something had broken off one of the trees but we couldn’t see a thing. It’d have to wait till morning.

By around 10 p.m. the wind definitely slowed down a bit. There were periodic gusts but the worst for us was over. Allie and the kids slept on air mattresses in the playroom (Safest place away from windows), while I hunkered down in the bedroom. This Frankenstorm was giving me the worst headache/migraine for two days straight. The last thing I wanted to do was sleep on an air mattress. I think I honestly would’ve thrown up if I did.

I checked on them a few times during the night and checked our bedroom window which tends to leak at times like this. Indeed it was leaking, so at 3 a.m., I switched out the wet towels for dry ones. Then tried going back to sleep but it took awhile. So I caught up on the news seeing some devastating footage of New York City and parts of New Jersey. Not to mention reading about the 56-year-old man who died in my county, as well as two middle school kids who died over in Westchester. All from fallen trees.

So I most definitely consider us insanely lucky to have gotten through this with minimal damage. We looked outside this morning and it wasn’t a branch that fell. It was an entire tree! 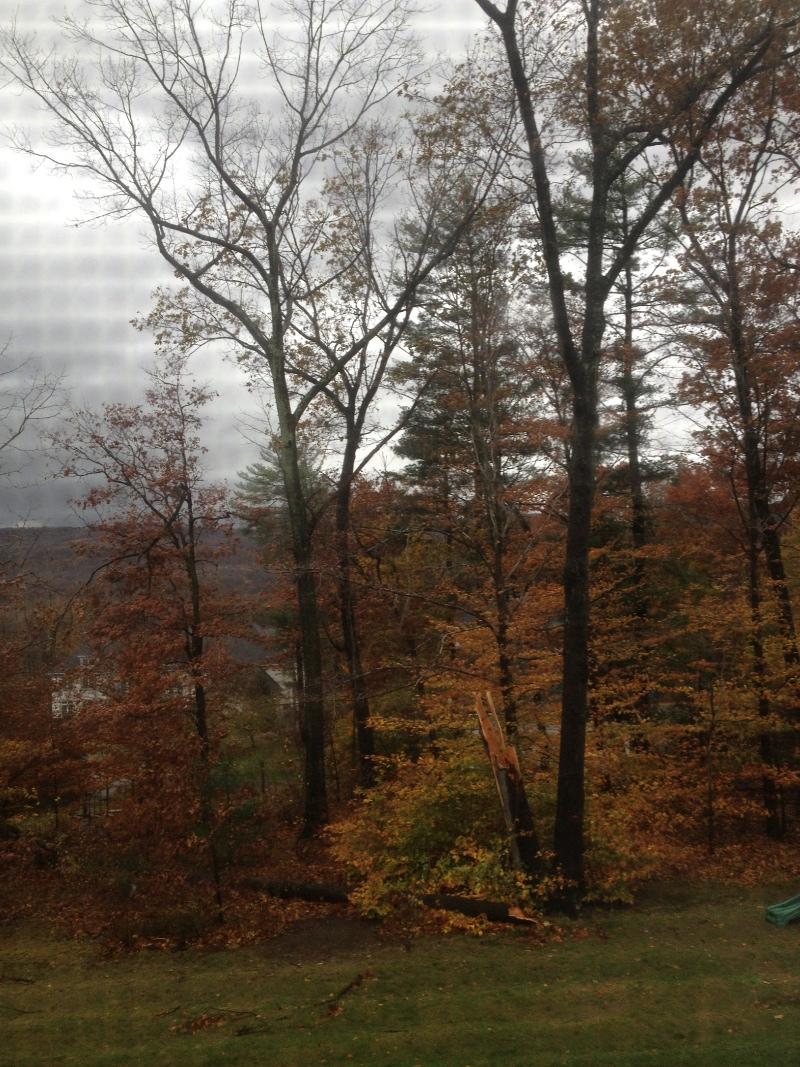 If you look to the right of the broken tree, you’ll see another huge tree. The two of them made a V. And after Hurricane Irene last year, we had some tree guys come out and prune our trees. They said the one on the left was leaning a bit, so he attached a wire to it, connecting both trunks to each other. So we were shocked to see that one of the two trunks had completely broken off. Thankfully it fell away from the house and into the woods.

This has been one scary storm and I know cleanup is going to take a long time. My kids have been out of school a few days and will probably miss a few more. Trees are down everywhere. Streets and tunnels are flooded all over the city. Hundreds of thousands of people are without power in my area.

Hopefully the floods will recede soon so power companies can get in to restore the power, while emergency teams can get in to help those in need. Stay safe out there, folks. Even though the worst of the storm is over, there’s still loads of danger in downed power lines, flooding, trees, etc.

7 thoughts on “The Fallout From Hurricane Sandy”