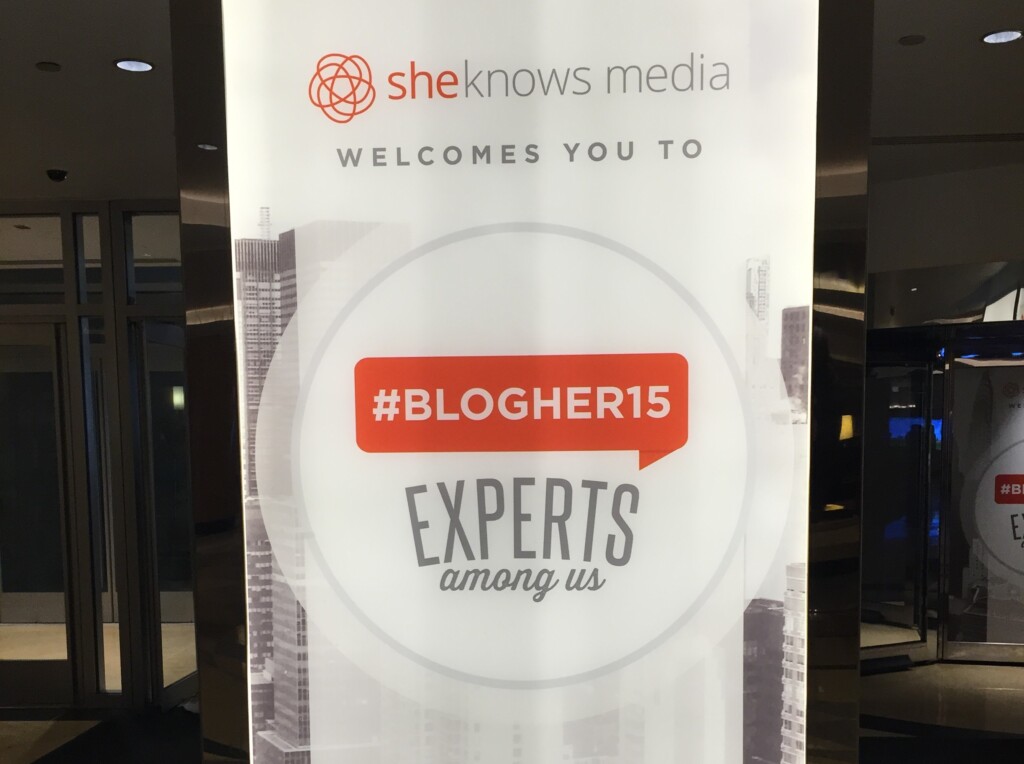 It was my second time attending a BlogHer conference. I had a blast at the last one a few years ago in NYC and only went again this year because the show made its triumphant return to the Big Apple!

As part of my Blogger Hat Trick (Part 1 was Blogger Bash, Part 3 was KidzVuz which I’ll write about soon!), the middle of my blog-filled NYC trip was spent at #BlogHer15 at the Midtown Hilton in Manhattan.

This one was a bit different from Blogger Bash. I opted solely for the networking pass, which meant I couldn’t attend the main sessions or certain events. But it meant I could freely walk around the Expo Hall, which is exactly what I wanted to do. It was a great opportunity to meet hundreds of other bloggers and loads of great brands just looking to work with folks like me!

I was still in the minority being a dad blogger at a female blogging conference, but it was less of a deal than my past trip. Don’t get me wrong, I still got treated like a rock star and was greeted so many times with a big smile and a “Oh! We LOVE daddy bloggers!”

So what did I see at BlogHer15? I spent hours walking around, but here are a few highlights for ya! 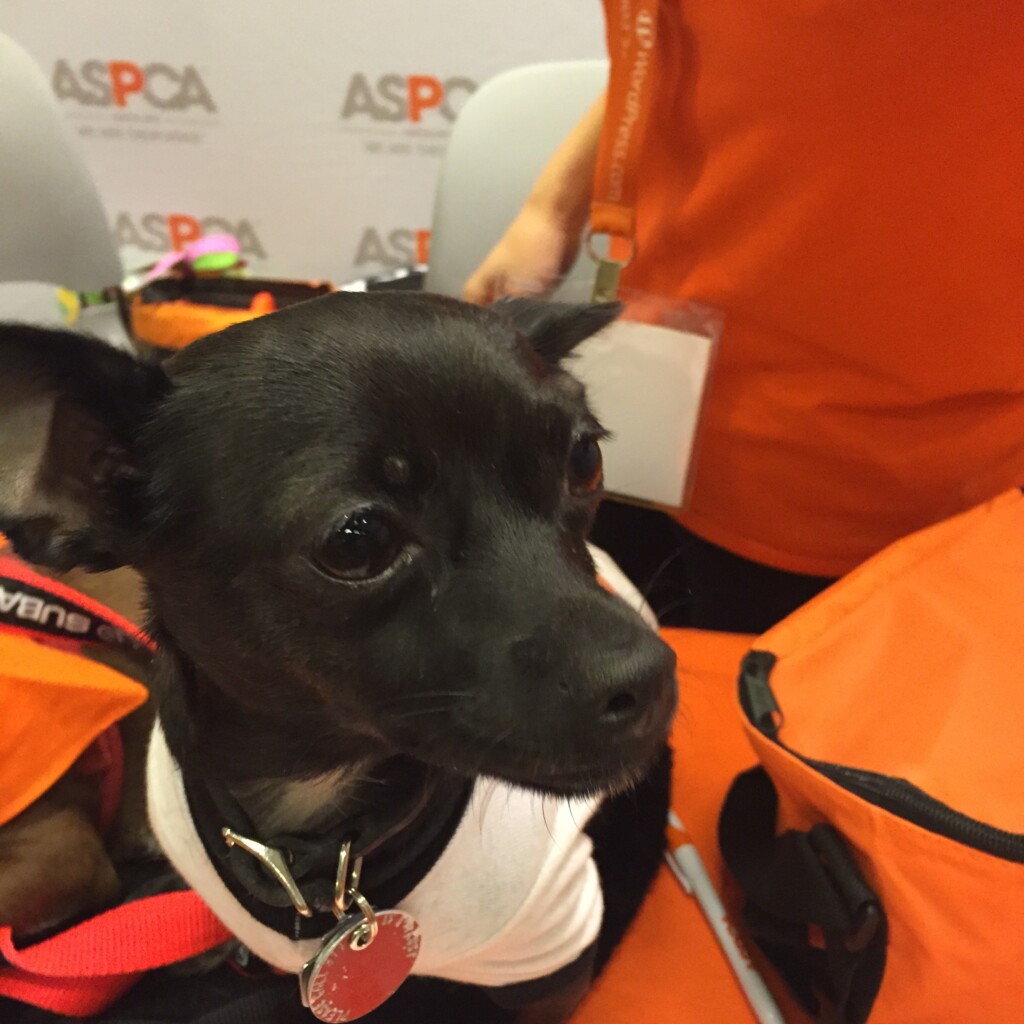 I’m a sucker for dogs. Cats? Eh. But dogs? Yeah, there’s no way I wasn’t stopping at the ASPCA‘s booth to learn how they want to work with bloggers, as well as to meet some real puppies!!! This little guy’s name was Bean. He was super sweet and just kept running around on top of the table. 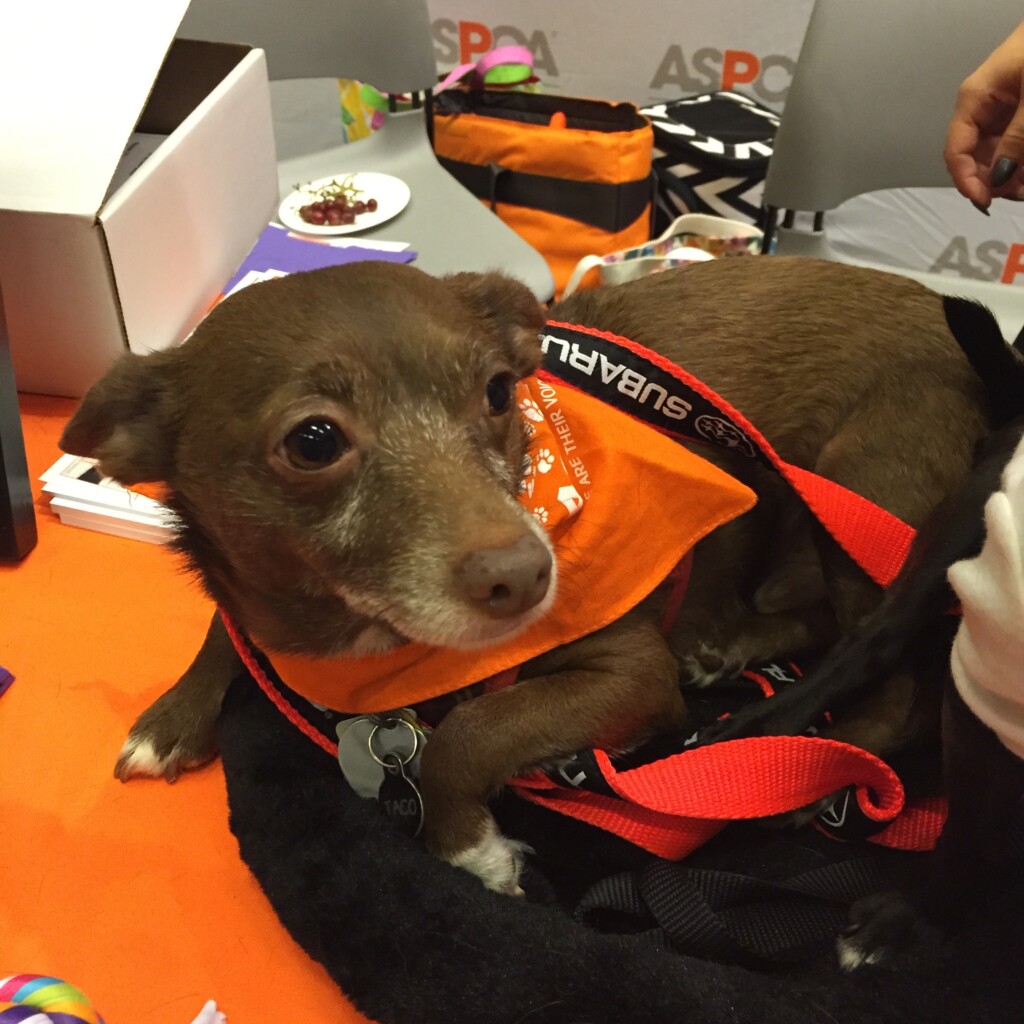 And this little guy is Taco! He (or she?) was so wiped he just sat there looking up at me with a tail half wagging. He’d get up once in a while and walk around the table before plotzing right back down again. 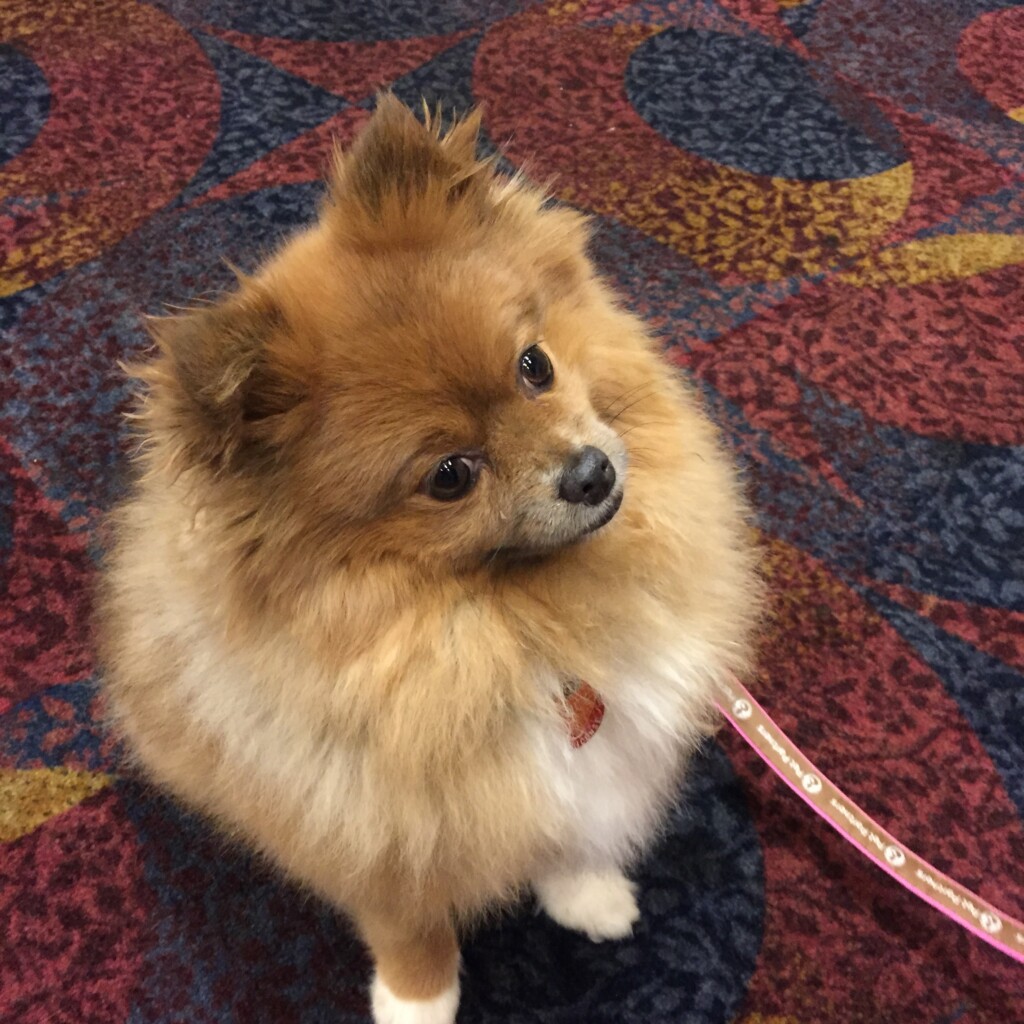 Just as I was about to leave, I saw this gorgeous gal (her name’s Alice) and just had to scootch down and say hi. She was a complete puff ball of energy. The tongue came out, the mouth widened in a smile and the tail was going a zillion miles a minute. Her fur was sooooo soft too.

The woman from the ASPCA told me that someone had abandoned Alice with a broken leg at their shelter. So they took her in, healed her up and the ASPCA adopted her and put her to work! Alice goes around to classrooms to meet kids and help spread the good word. 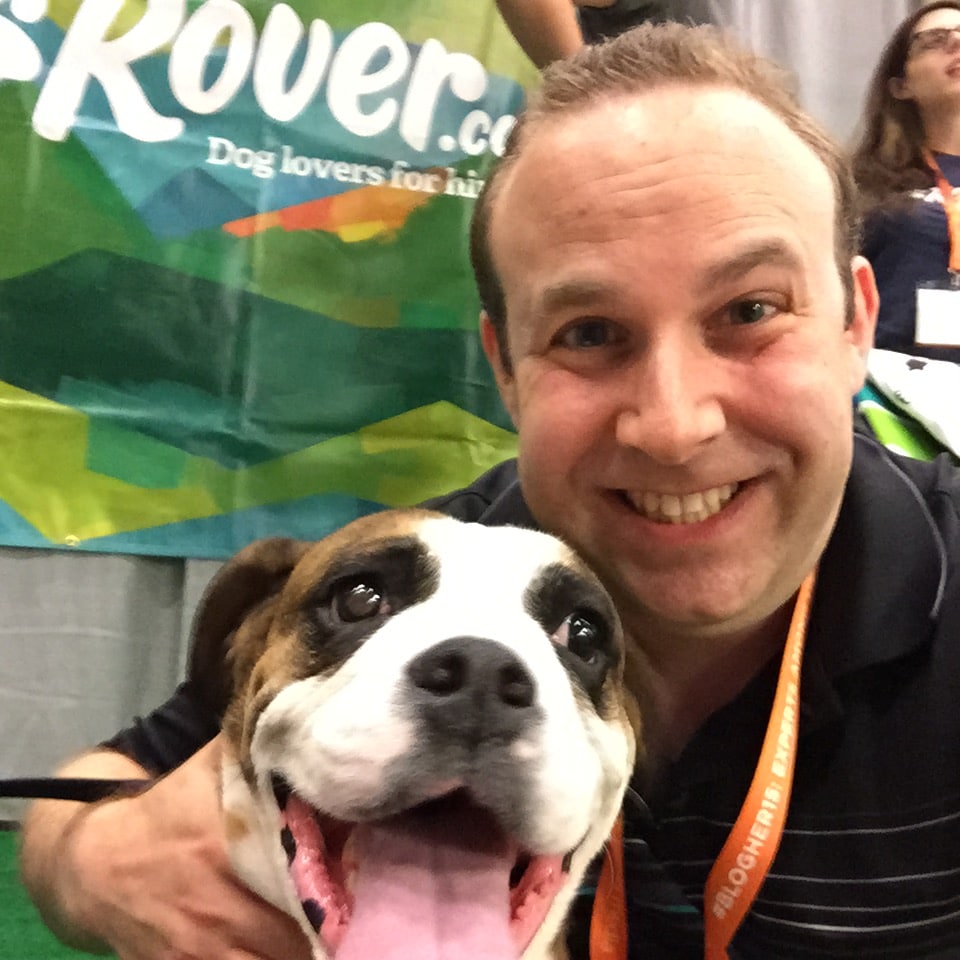 Then I walked past the Rover.com booth and had to swing over and get a selfie with my buddy Barnaby! Don’t we look alike? 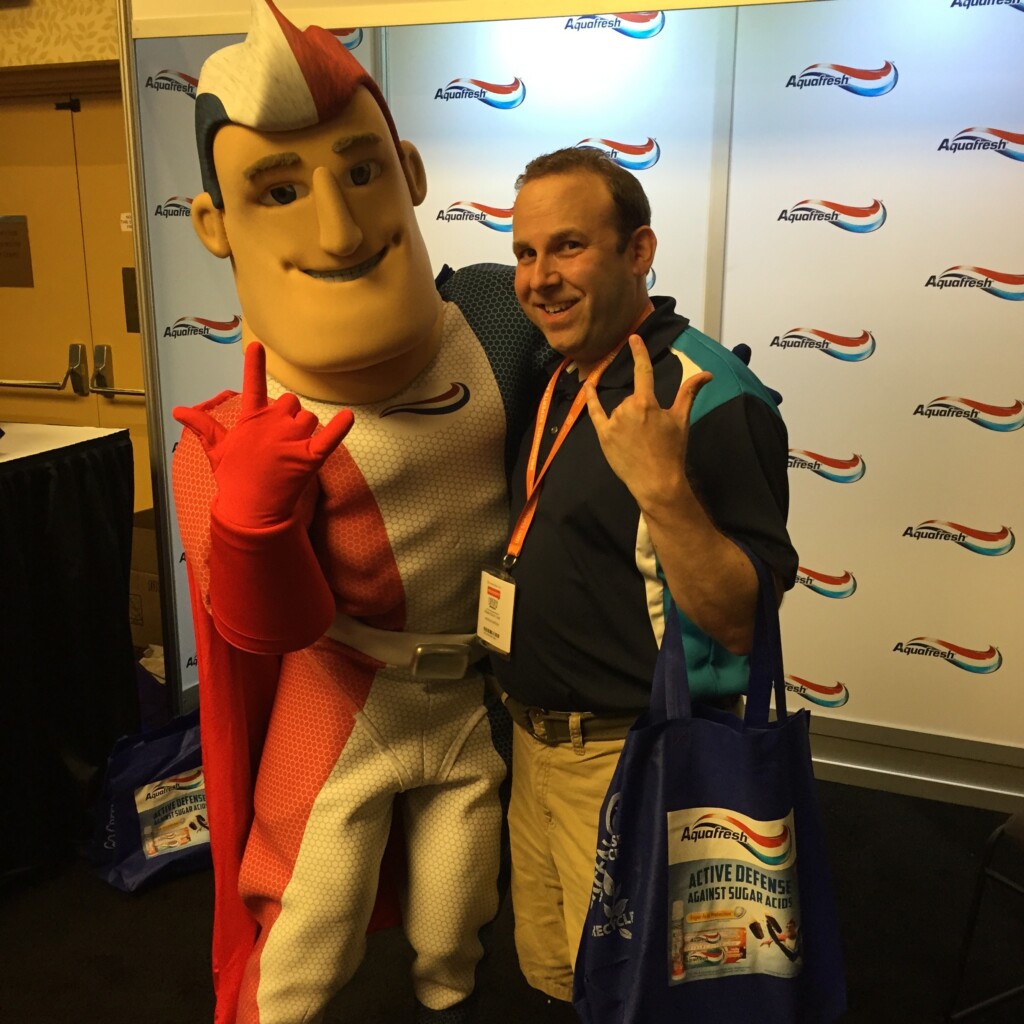 It wasn’t all pooches though. Besides the heroes over at the ASPCA, I got to meet another hero. This one wore a cape and went by the name Captain Aquafresh!

He was kind enough to pose with me before I got a bag full of a year’s supply of toothpaste. Which is good because I’d need it after the next stop! 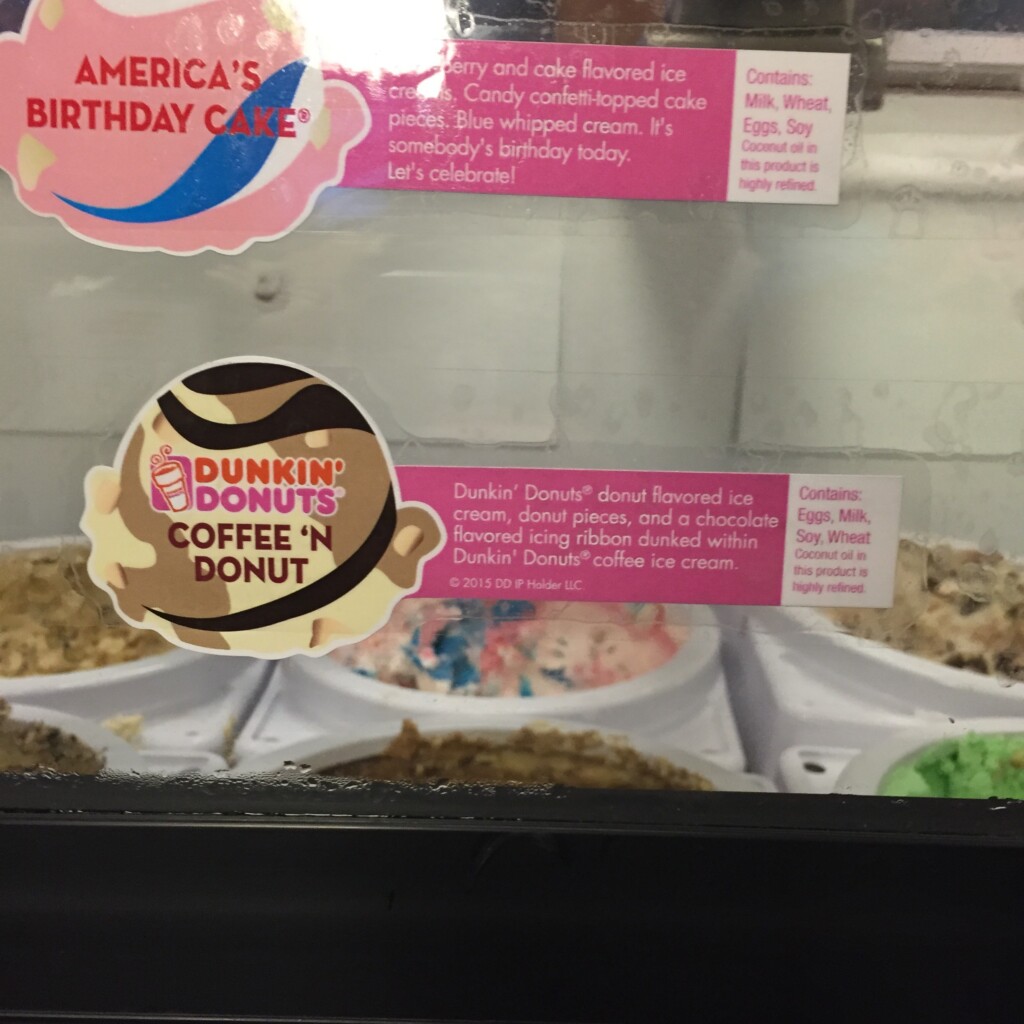 Yes!!! Baskin Robbins was there in full force, giving away cups of pure deliciousness! With so many crazy fun flavors to try, I almost gave myself a migraine deciding. Ultimately, I went with the Dunkin Donuts Coffee N’ Donut flavor. 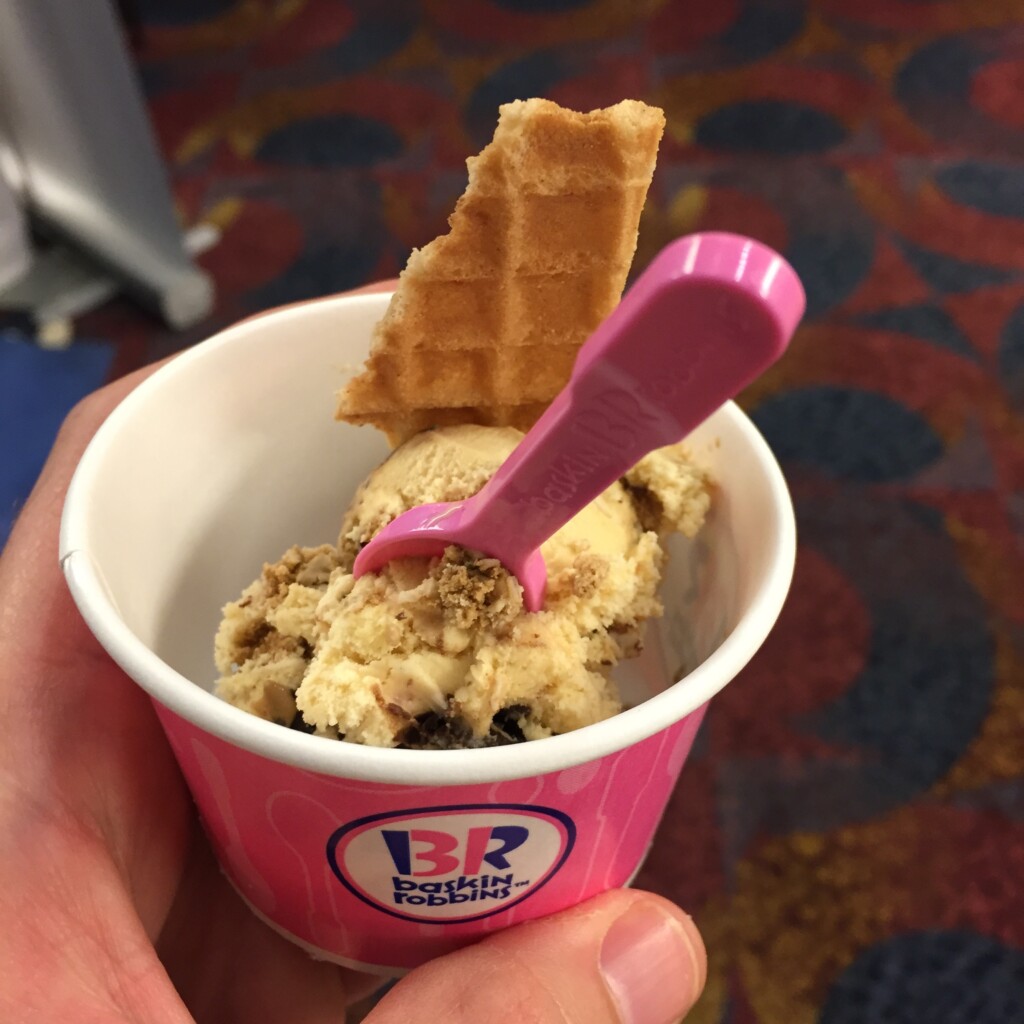 And boy was I glad I did! Yes, I chose wisely indeed. 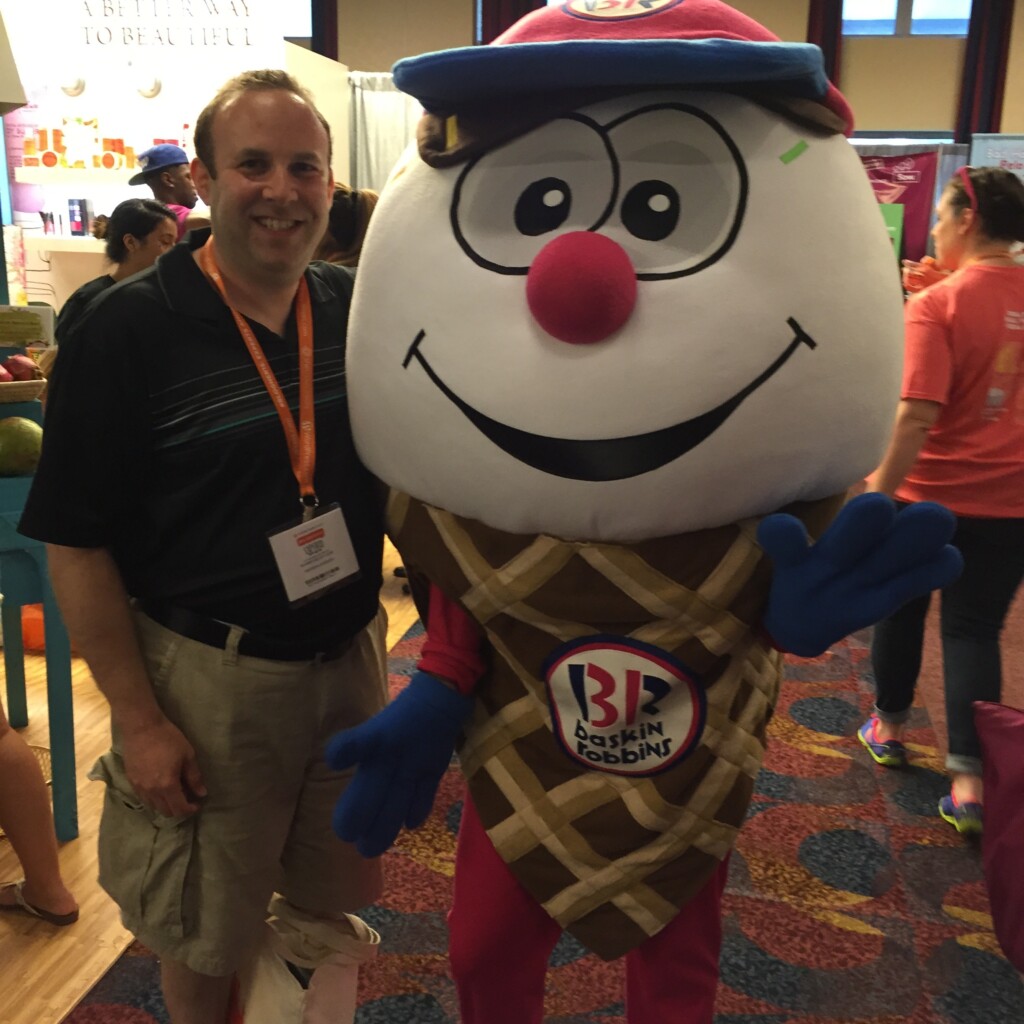 Where’s all that great ice cream come from? Hopefully not this guy or I’d feel kinda bad! 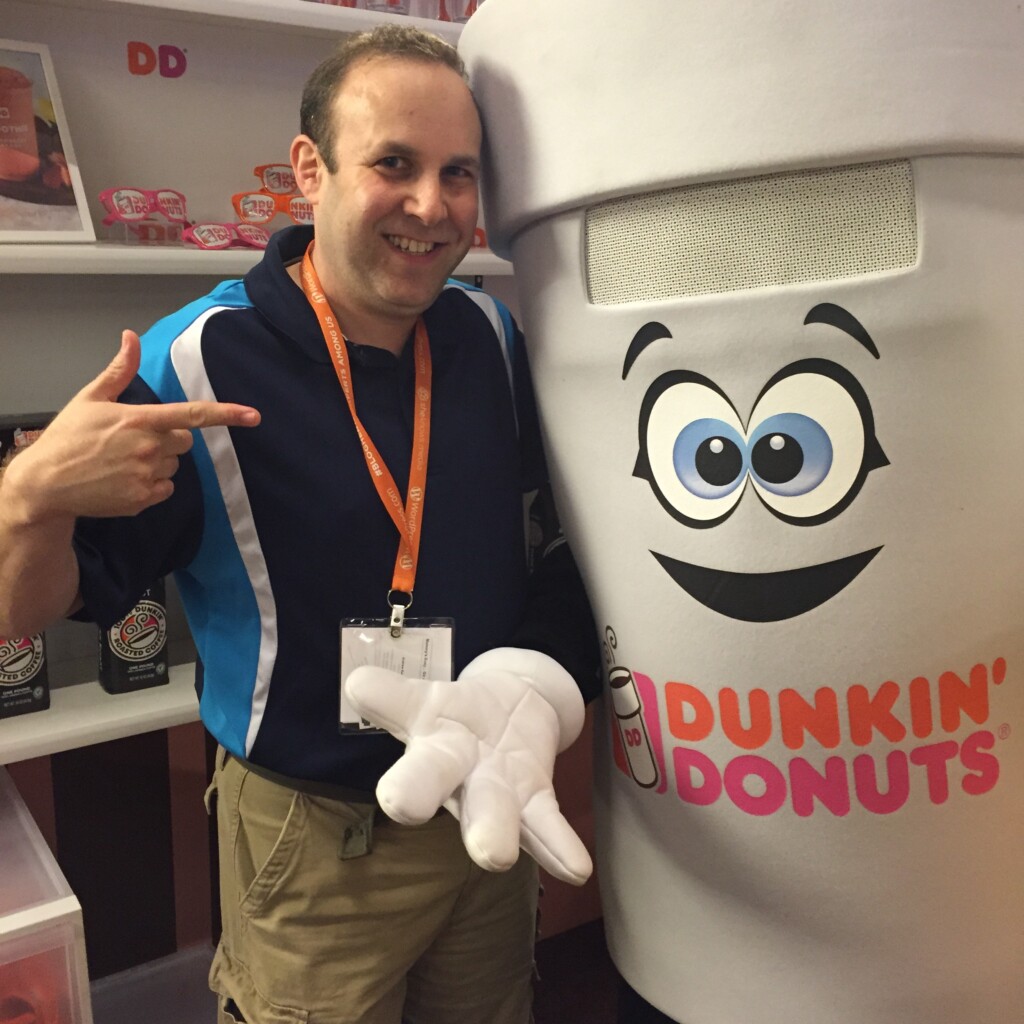 Of course, my day wasn’t complete until I got a photo with Cuppy, the Dunkin’ Donuts mascot! This guy was hot! (Get it? Hot? Hah!)

I actually had the best conversation with the gang over at Dunkin’ Donuts. Not just members of the PR and Marketing teams, but I even spent time chatting with Executive Chef Jeff Miller! This guy’s job is to make all sorts of amazingly awesome new flavors of coffee, coolattas smoothies, etc. I’m hoping to talk to him more in the future and bring you guys some really fun behind-the-scenes posts about Dunkin’ Donuts!

There were so many other great companies I got to talk to including WordPress, Wolf Gourmet, Jet, World Market, Lentils, Best Buy, Netgear, Lysol and more!

They haven’t announced where BlogHer16 will be held, but if it’s in NYC again, I can’t wait. This time, however, I may have to steal a dog or two.

Next Up: KidzVuz Back to School