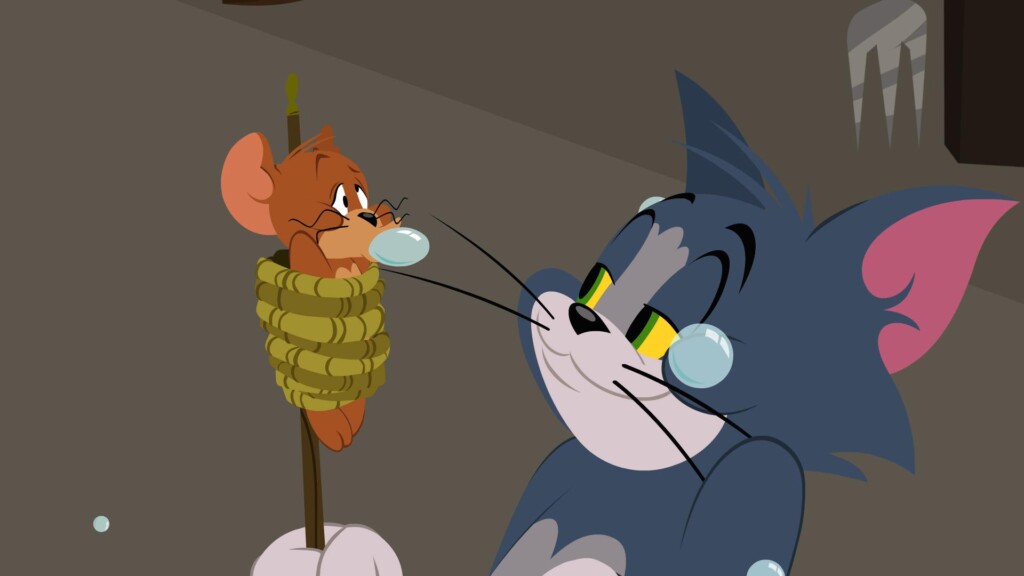 Like most well-adjusted adults today, I grew up watching the zany antics of Tom & Jerry. No, I never hit my sister in the head with a bowling ball. I never fenced a country mouse for a hunk of cheese either. But I did laugh my butt off regularly at the cat-chase-mouse-hit-cat-with-baseball-bat cartoon.

And just like the the classic Warner Bros. Bugs Bunny cartoons, those Tom & Jerry ones are timeless. My kids love ’em, as do all of their cousins. So I was super excited to hear that WB Animation is bringing the animal duo back to TV in a brand-new series for Cartoon Network called “The Tom & Jerry Show.”

I was sent an early copy of the first episode to screen with my family. Oddly enough, we were about to pop in the disc when we turned the TV on and there was a classic episode of the old Tom & Jerry cartoon! It was a weird one where a witch adopts Tom as her cat, he steals her broomstick and goes for a ride, only to be punished by her later. Watching it with my kids was pretty surreal, considering I remember seeing it when I was their age.

Like I said, the classics are classics for a reason. Beautiful animation, funny stories and most important of all, a fantastic classical music soundtrack to really move the story. As the episode ended, we popped in the screener and prepared for the modern-day look at this cat and mouse team. 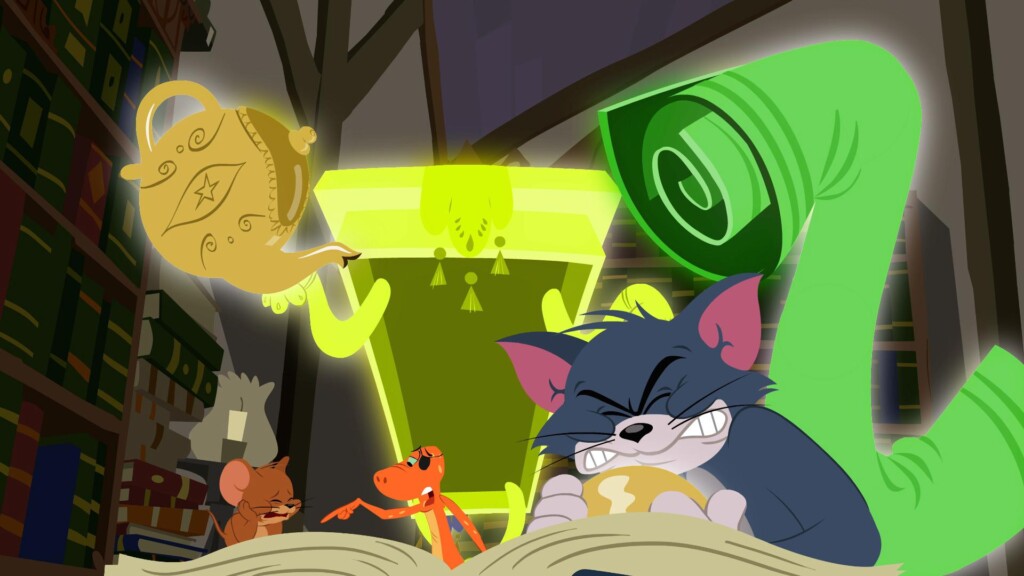 I’ll admit, at first I was taken aback a bit with the show. The art style is definitely more modern, but the colors are extremely bright. The music is also much more modern with more of a rock/techno type feel than any sort of classical type. So like most humans, my gut reaction to change is, “I like the original better.” But after watching the rest of the entire episode, I came to realize that it’s actually pretty darn entertaining.

Yes it looks different and sounds different. But it should. It’s been decades since the originals came out and we still have the originals to enjoy, so why not have a whole new style of Tom & Jerry cartoons to enjoy right alongside those classics?

It all boils down to the stories anyways, if you ask me. As long as you spin an interesting tail, er, tale… you’ll have a great show. The first half of the episode was called “Spike Gets Skooled,” and it sees Jerry’s dog defender Spike get sent off to obedience school, leaving a poor defenseless mouse at home. When Spike returns, Tom does everything he can to make sure the short-fused pooch loses his cool and gets tossed out again.

The second half of the episode, called “Cats Ruffled Furniture,” made us all chuckle merely from the concept alone. It was an episode all about witches! What are the odds that less than 20 minutes earlier, we had seen an old episode starring a witch? This new episode features two witches who leave Tom in charge of things while they sleep and, well, see what happens when a silly fighting cat gets his hand on a magic wand.

I’m definitely curious to see more episodes and hope these two eternally fighting-friends get to see a huge rebirth. After all, without these two, there never would’ve been an Itchy & Scratchy Show on the Simpsons!

17 thoughts on “Tom & Jerry Fight Their Way Back to TV”