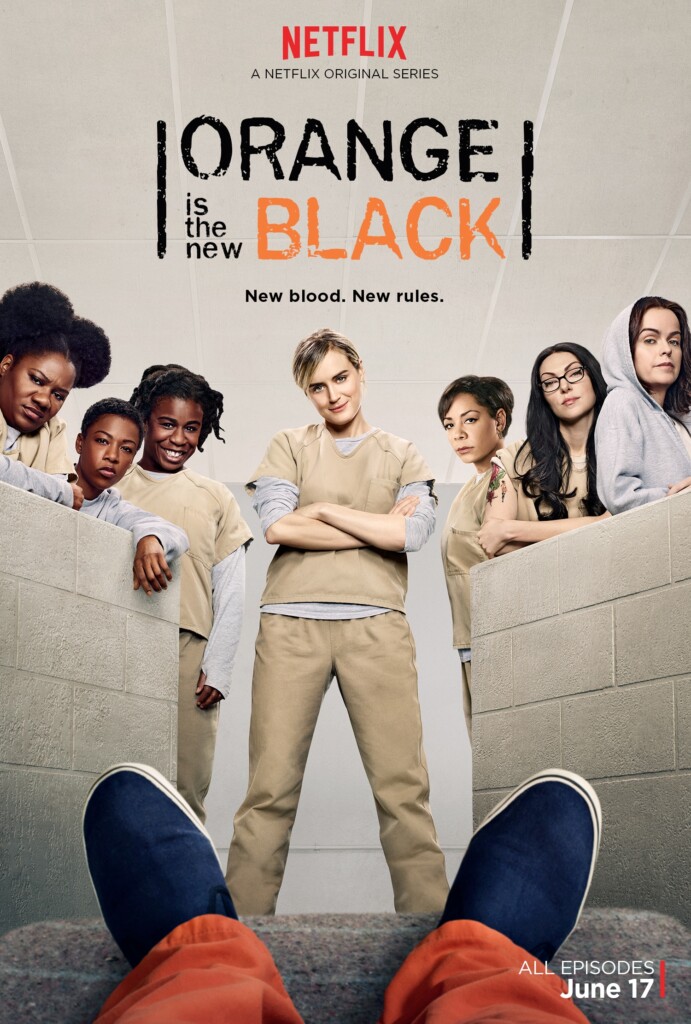 I’m not a fan of orange. To be fair, I love orange juice but don’t drink it much anymore. As a New Yorker, I’m not really a big fan of the Mets or Knicks, both being teams that sport orange on their uniforms.

Oranges themselves are okay but a bit messy. And forget about wearing orange clothing. It’s one step worse than wearing yellow for me.

Oh, and I most definitely don’t trust any word that doesn’t rhyme.

The one thing I DO love about orange though is Netflix. Yep, the Netflix original series Orange is the New Black is back for a 4th Season! And I’m seriously not happy about it! 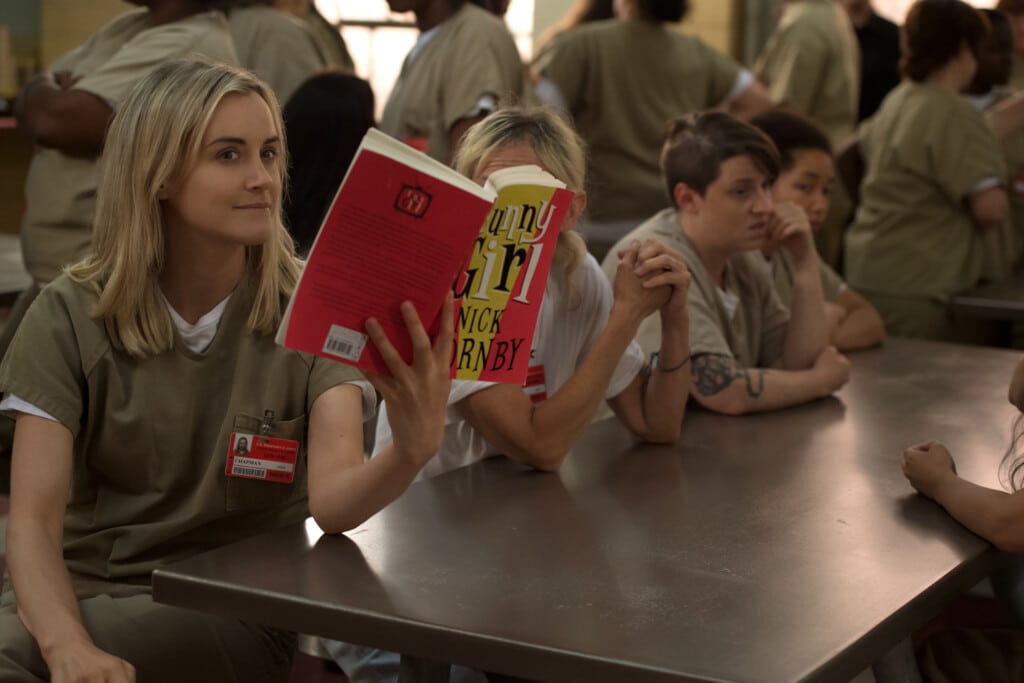 See, June is a busy month for us what with loads of birthdays and a slew of graduations. Mix in some family vacations and suddenly you may start to see the light. Time. It’s my biggest enemy right now and it’s the reason Allie and I just haven’t had a moment’s rest to watch even one episode of Orange is the New Black.

I’m debating attempting a bank heist or doing some serious jaywalking soon all in the name of getting arrested so I’ll finally have the time to bing watch Orange is the New Black. Of course if the show’s taught me anything, it’s that you don’t get to watch Netflix in prison. So probably not a good idea.

I’ve also learned the 10 Commandments of Prison According to Orange is the New Black. So see, the show’s fun and educational!

Instead, I’ll just have to wait and try to savor every episode of this season, rather than binge watching it in one long Cheetos-filled couch session. 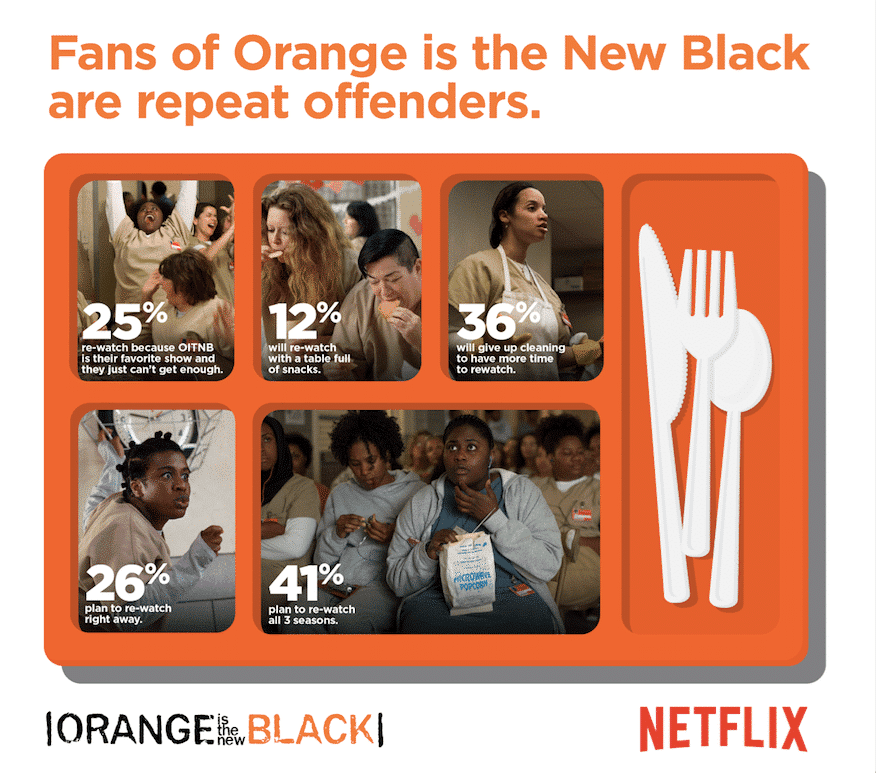 Apparently, fans of OITNB are repeat offenders. Jail time’s not doing its job of deterring us rabid viewers it seems! A recent survey by Google Consumer Surveys* of all  global accounts who completed watching OITNB and have re-watched at least one season of the series revealed some pretty startling results!

We don’t have a pet (yet), I never make my bed and the local pizza joint’s on speed dial. I think I may’ve found my way to re-watch the first three seasons of Orange is the New Black and dive into a full-fledged binge-watching session.

Now I just need someone to watch the kids…

How do you make time to bing watch shows on Netflix?

*The survey was conducted by Google Consumer Surveys, June 2, 2016 – June 10, 2016 and based on 1,613 responses. The sample was the national adult internet population in the US, Mexico, UK and Canada. Survey respondents must have confirmed their intent to watch and prepare for season 4 of Orange is the New Black to participate. Overall RMSE score is 4.84%.