Disclosure: I have partnered and was compensated by Life of Dad, LLC and TracFone for this promotion.

There’s just something about that yellow, porous pants-wearing guy that resonates with kids and adults. Did I mention that it’s also one of Allie’s dad’s favorite shows? Every time I come home from work to my in-laws watching SpongeBob SquarePants with the kids, the loudest laughs from the living room belong to Grandpa.

Jason already has a cell phone he brings with him to school. We got him one for his 5th grade graduation. Ryan’s still in elementary school but when I was offered the chance to test out a new TracFone for kids, I jumped on the chance. Especially since a certain square pants-wearing character is involved.

The new TracFone LG Optimus Fuel Android smartphone is a great phone without even the SpongeBob SquarePants connection. With a 3.5″ Touchscreen display, 3 MP camera/video recorder and the best parts of any smartphone (did someone say apps?), it’s more than enough to suit your average 9-year-old’s needs.

As a parent, what I love about this phone is the fact that you can set up a plan with absolutely no contract! Simply buy a card with a set number of minutes on it and you’ll have full access to all your phone’s features. No contract, no bills, no fees, no worries! It was real simple to set up and get started on Ryan’s new phone.

He was real excited to play around with it and, as I expected, picked up the nuances in about 8 seconds. “Oooh, look at the video camera!”

He was watching YouTube videos, sending text messages and calling our house phone in a matter of minutes. When I was a kid, walkie talkies were all the rage. Nowadays, kids just call another phone in the house and run around being silly.

Once I caught up to Ryan, I showed him the code to download all the SpongeBob SquarePants apps and other goodies. He did it all himself and was soon playing SpongeBob SquarePants Marbles & Slides HD, while I was busy working on a blog post. Every few minutes I’d hear frustrated groans or elated cheers as he worked his way through each level.

Another great feature for parents is the fact that the bundle comes with 12 months free service for the NQ Family Guardian app. I’ve never used anything like this before and it’s actually pretty powerful. You install the app on your child’s phone and set yourself up with an account. You can alter all sorts of settings for the level of security you’d like in terms of Web surfing, app downloads and more. 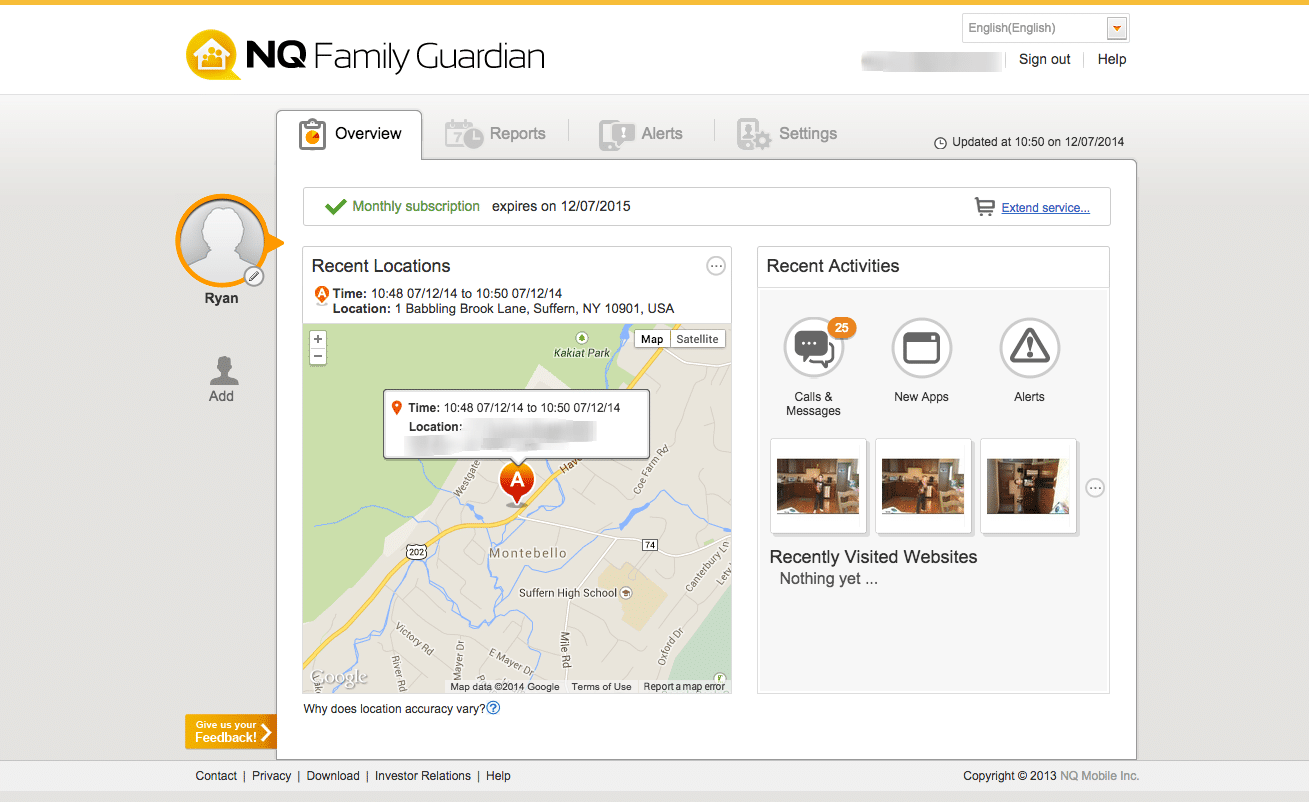 Just log into your account on your computer and you get a detailed rundown of pretty much everything your kid’s doing on the phone. You can view what apps have been downloaded, who they’ve talked to, even what they’ve said back and forth on text messages. There’s also a really neat “Schedules” section that lets you set time frames for when and how long specific phone features can be used. That means no more worries that little Timmy’s playing Angry Birds in 5th period, rather than paying attention to Mr. Lima during Spanish class.

The phone itself is real light and the perfect size for little hands. If you’re thinking about getting your kids a smartphone for the holidays, this is seriously a great suggestion. Especially since there’s a special Holiday offer running through the end of the year. At places like Walmart, Target and Kroger, you can get the TracFone LG Optimus Fuel Android SpongeBob SquarePants Bundle for just $29.99! It’s regularly $79.99, so that’s a pretty massive savings.

Plans and phones are sold separately, but on average, you can pay about $7 per month for a plan. And again, you just need to buy a new card to add minutes. I so love how easy that is! And with the SpongeBob SquarePants added content (and ear buds!), plus the free one-year access to NQ Family Guardian app, I know my kid will be safely using his smartphone. Or is that “smartly using his safephone”?

Does your child have a smartphone?