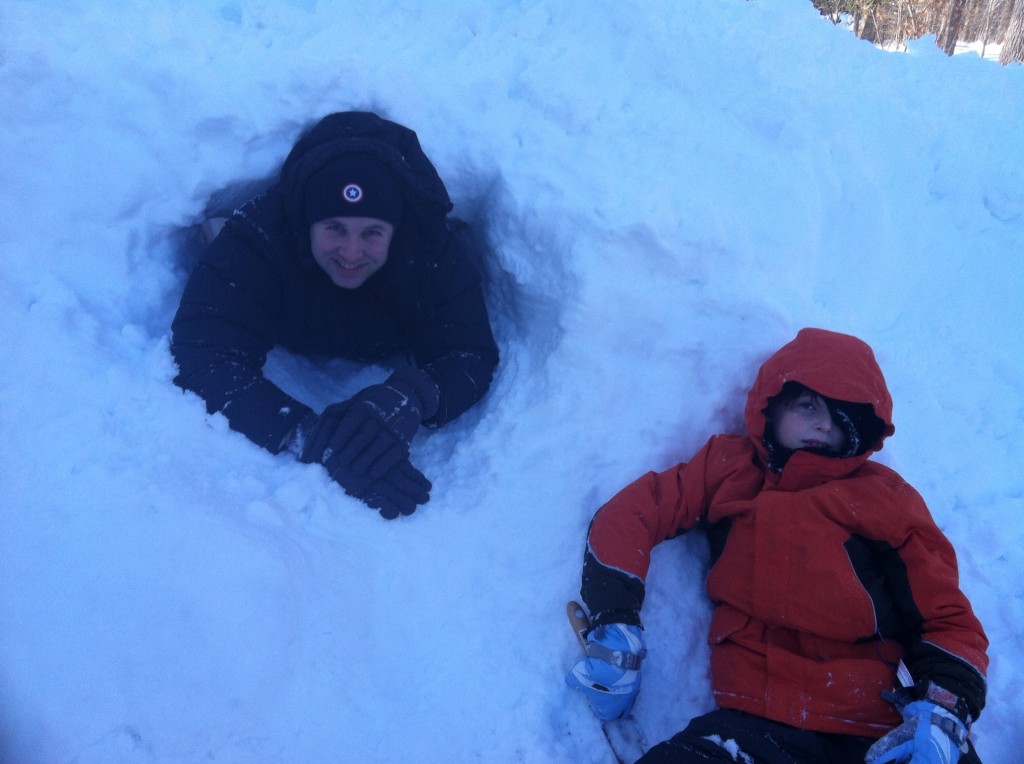 If I can be honest for a moment (not that I usually tell untruths around here)… I’m terrible at making snowmen. Like so bad I can’t do it.

I think as a kid I made a snowman once with my sister but I have no clue what we did. Nowadays, I try rolling a snowball to get it bigger and bigger but nothing really happens. So I end up just shoveling snow into a big pile and then start sculpting it. Lame I know.

What I am good at, though, is making snow tunnels!

This weekend’s visit from Nemo brought us probably about 12 inches of snow. It was pretty powdery, though, so not real good for making snowballs or anything for that matter. Thankfully, we have someone plow our driveway for us, which means there is a massive pile of snow at the end. The kids looked out the window and couldn’t put their snow pants on fast enough.

The snow at the end of the driveway was packed super tight thanks to the plow. That meant you could work with it! So Jason jumped to the other side of the mound and started digging, while I chipped away at the front. Eventually we met in the middle and a fully functional snow tunnel was born!

We also walked to the end of our street where there’s a cul-de-sac, to see how big of a mound the plows left there. I was pretty disappointed. It wasn’t high at all. But it was a pretty massive snow island area, so we hung out and played on it for a bit with the kids before heading home.

Maybe next time, I’ll be more prepared. Time to go hit the library in search of a snowman-building book…

8 thoughts on “We Built a Snow Tunnel”