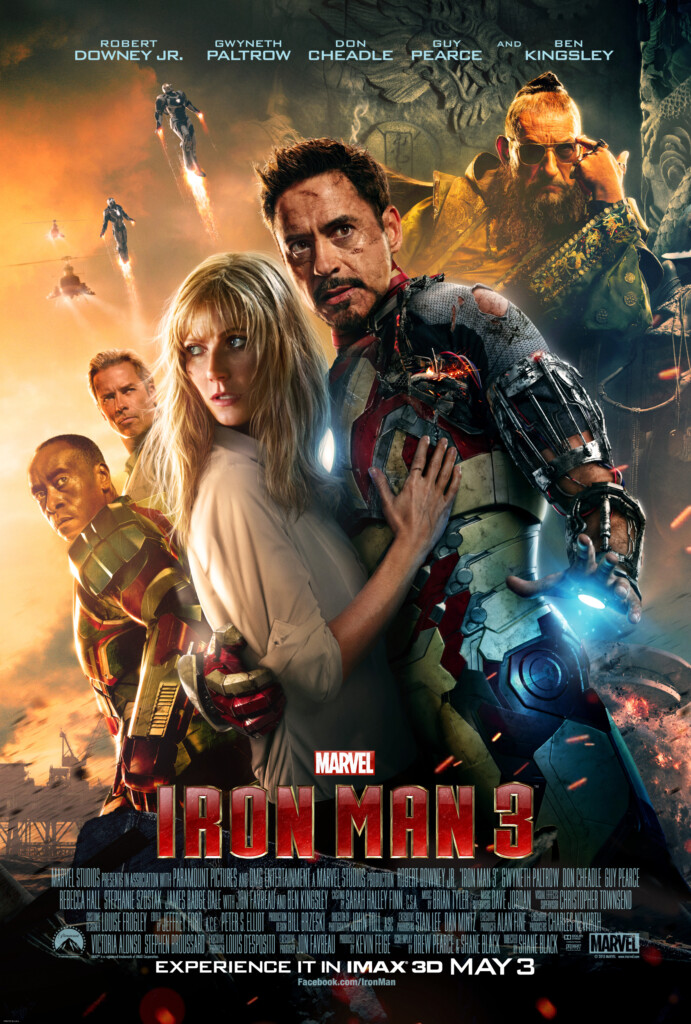 I”m getting super (hah!) pumped for Iron Man 3, which is less than two months away! I’ve already dissected the series of Iron Man movies posters that was recently released.

And now, well, there’s an IMAX movie poster that’s mostly a collage of the other posters, except it’s a brand new pose of Iron Man and Pepper Potts. They look pretty haggard and beat up. Though it’s a good look on Pepper. I like how she’s really let her hair out.

Though, come to think of it, she’s wearing a white shirt. A completely white shirt. As in there aren’t any stains at all on it and she’s hugging the shredded armor of Tony. Could that be a huge clue? (Note: I don’t think it’s a huge clue.)

If you look at Tony’s Iron Man armor it actually looks like the same style as what Rhodey’s wearing too. I don’t think it’s a red, white and blue style, but the segmented parts on the side look awfully similar.

There’s one thing that bothers me about this poster, though. Everyone is looking off to their left. Even the big, bad, chillin’ Mandarin. Everyone… except for Pepper. Yeah, she’s looking off to her right. What’s over there, huh? Is it a double-pronged attack on our heroes? Some hot babe distracting all the guys? Some hot guy distracting Pepper? The largest Hershey bar ever?

I guess I’ll have to wait until May 3 to find out! Although I have a sinking suspicion they’re not really going to re-enact this exact scene. Armor up!