As the saying goes, there are only two things in life you can’t cheat: death and taxes.

Well, technically you can cheat taxes by simply not paying them and running off to that really cool tropical island from Shawshank Redemption. But death? Well, even those kids in the Final Destination films know that the Grim Reaper will eventually come for you.

Hopefully before the hooded one pays you a visit, you’ll grow nice and old and feeble and be surrounded by loving friends and family to help take care of you. If you’re insanely rich, then no worries. Keep living the lifestyle you’re used to but get yourself a live-in nurse to help you out 24/7.

Unfortunately for the 99% rest of the population, growing old can end up being a pretty rough burden. Nursing homes are crazy expensive and hiring an in-home nurse isn’t much better. That leaves pretty much just one choice:  having your elderly parents move in with you and completely knock your routine for a loop.

Now, uh, I’m not specifically talking about my parents here. (Love ya, mom and dad!) No, no. That’d be wonderful. What I mean is, there are some insanely crazy, awful, mean, ridiculous parents out there who I’d take on seven extra jobs just to afford a nursing home to send them to. Here’s a look at the 8 Craziest Adults I’d Ship Off in a Heartbeat if Only I Could Afford It: 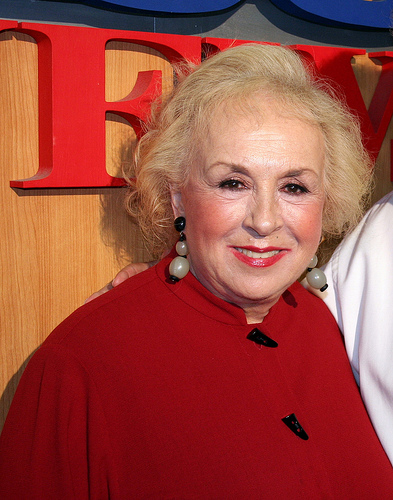 Sorry but not everyone loves Ray. I never really got into Everybody Loves Raymond, though I did enjoy seeing Ray’s TV parents, Frank and Marie, barge in all the time, armed with back-handed compliments and straight-up insults. It’s really only funny because they’re making someone else’s life hell. But imagine if they were your own parents! 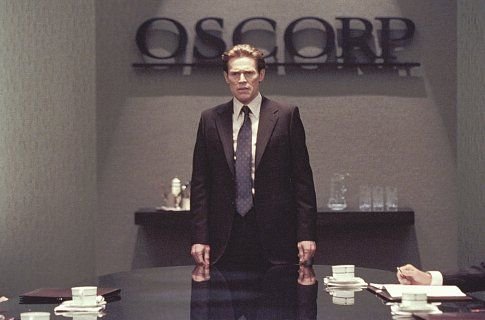 Sure he’s loaded and could easily afford in-home care. But come one, Norman Osborn is as insane as insane gets. Forget the fact that he turned himself into the Green Goblin to terrorize the world. He treated his own son, Harry, like garbage, constantly berating him for not being good enough, not being strong enough. Yeah, that’s the kind of dad I’d like under the watchful care (and roof) of some medical professionals. 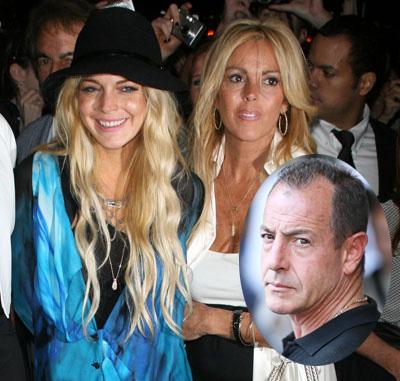 As messed up as she is these days, you still have to feel bad for Lindsay Lohan. I mean, how can that adorable actress from Parent Trap and Mean Girls turn into a childhood star cliche so rapidly? Just take one look at her parents and you’ll see she didn’t have much of a choice. With her dad in and out of jail, their parents constantly fighting in front of her, including physical abuse, that all has to take a toll on Lindsay. Her mom (or as Michael calls her, “the devil”) is constantly lying about abuse in the relationship and repeatedly taking Michael back doesn’t do much to instill some good moral values in her kids either. Let them both argue it out with a night nurse at some celebrity parents nursing home somewhere, thank you very much. 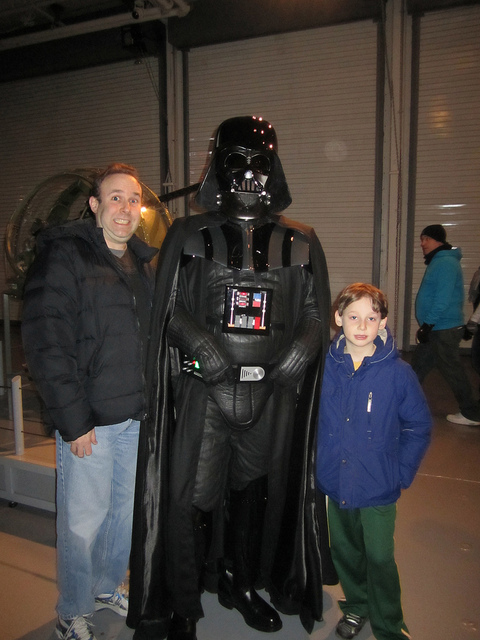 He started good (though acted bad), turned bad and eventually turned good again. Yeah, that’s Anakin Skywalker for ya. But even so, if I were Luke or Leia, no “Force” on Earth (or Tatooine for that matter) would want me to have Old Man Vader living in my house. The dude is just serious bad news. Unlike other dads who just spank you with their belt, Papa Vader destroys whole planets and cuts his kid’s hand off! Yeah, I’d sell 100% of my merchandising rights just to get the funds to ship him off to the Death Star for Elderly Tyrants. 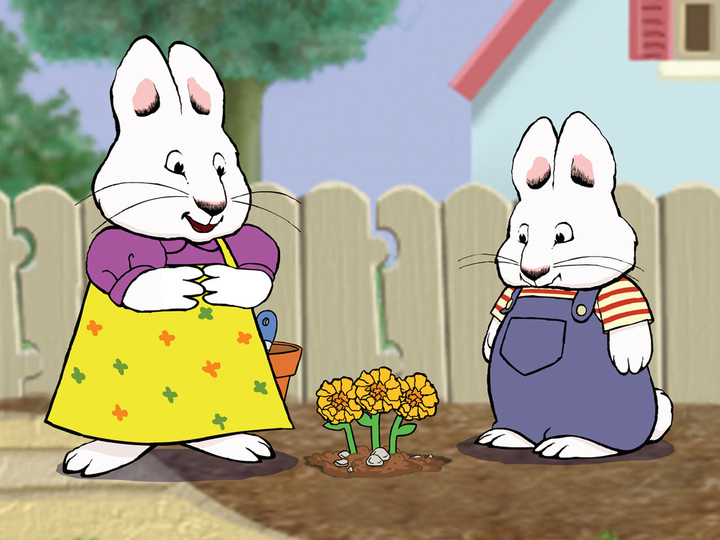 Next to Caillou, no children’s cartoon enrages parents as much as Max and Ruby. It has nothing to do with the cute and silly antics of a young mischievous bunny named Max and his older, more responsible sister Ruby. No, it has to do with the fact that you never see their parents! Ruby is always taking care of things as she and Max are left home. All alone! Every single day. What kind of sick parents leave two toddlers on their own every single day? Oh wait, you haven’t meant our next prize parents yet… 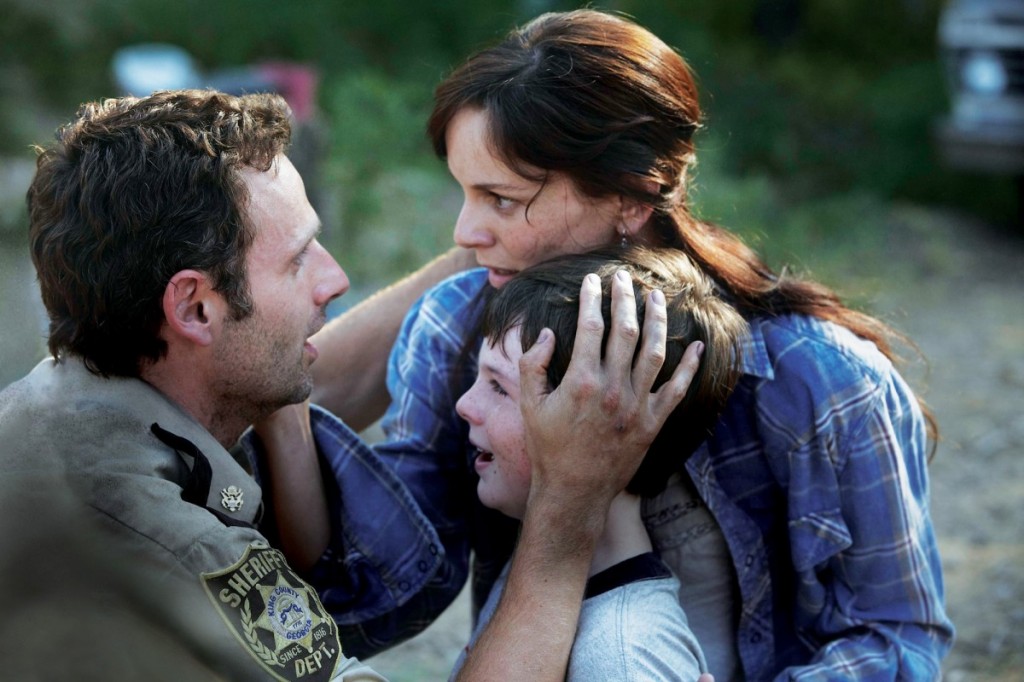 Okay, I’ll give you that in AMC’s The Walking Dead we’re talking about an insane world that’s in the midst of a Zombie Apocalypse. That being the case, wouldn’t you keep an eye on your only son at least once per day? Nope, not Lori. Not an episode has gone by where she didn’t scream, “Where’s Carl?” at least once and then put everyone’s lives at risk as they run out searching for her son. And papa Rick’s no better, running off at the drop of the hat to go help anyone else in the world he can, without a care for his family. Yeah, assuming Carl survives this never-ending human buffet, he best put his folks in a home where others can forget to look after them.

D’oh! It’s not the belching, the beer drinking, or even the out-and-out stupidity. It’s Homer’s pretty poor parenting skills that should send him off to a home somewhere, far away from his kids. He doesn’t spend much time with them, and when he does it’s either to choke his son, ignore his baby, or teach his liberal daughter some chauvinistic theory. Homer doesn’t deserve to have his kids take care of him. No, if Marge happens to head to Cartoon Heaven first, send Homer to room with his own dad at the Springfield Retirement Castle. It’s exactly what he deserves. 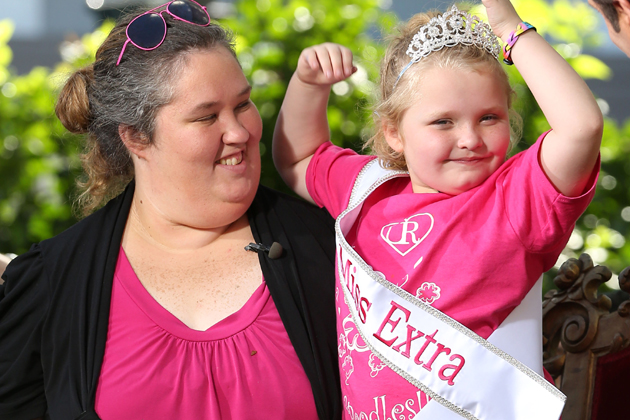 She might actually be saving up some serious bucks, but Honey Boo Boo‘s mom sure isn’t doing her any favors by exploiting the seven year old the way she is. Besides a questionable upbringing where mom serves her daughter energy drinks before beauty pageants, cheese doodles for breakfast, and even roadkill for dinner, Honey Boo Boo’s redneck lifestyle is one in which making fun of those who are different seems to be encouraged. Such as June’s new granddaughter “Chickadee” who was born with two thumbs on her right hand, which has been the source of much public amusement for June. Can you even imagine what this woman would be like when she’s old and feeble? Would you want to be stuck taking care of her 24/7?

Thankfully, the worst thing my parents ever forced me to eat as a kid was meatloaf! Of course, like any good son, I’d want to take care of my parents when they’re too old to do it themselves. But I also know what an incredible burden that can be on a family, both emotionally as well as financially. Hiring a nurse to help out would be a wonderful option, but what if you can’t afford it? What do you do with your parents when they barely have enough money to live on and you’re just barely making it yourself?

Apparently, you can start planning for that eventuality now. I wasn’t even aware of this, but you can purchase Long-Term Care Insurance from companies like Genworth. We all think about retirement plans and 401ks, but we never think of long-term care for ourselves or our immediate family. At least we don’t until it’s far too late.

Women have always been the caregivers in most families, making sure their kids and husbands are taken care of. I don’t mean that in a stereotypical way at all, it’s just a fact that more women than men are staying home to raise their kids and keep the homestead going. But down the line, it’s women, not men, who are going to need the most caring after. As a recent article on wife.org points out, Long-Term Care is a Woman’s Issue. Women live longer than men and in general, women are the ones who take a much stronger lead in a family’s overall health plan.

Some employers may even offer long-term care insurance, so certainly check with your company’s benefits department to find out. Or at the very least, do your own research and inquiry into costs associated with purchasing your own plan. The last thing anyone wants is to become a huge financial and emotional burden on their family, simply because they didn’t plan properly.


Are you prepared to take care of your parents?

This caring post was brought to you by Genworth Insurance as part of an online campaign run by those spiffy gals over at Brandfluential. All thoughts and opinions expressed in this post are my own.