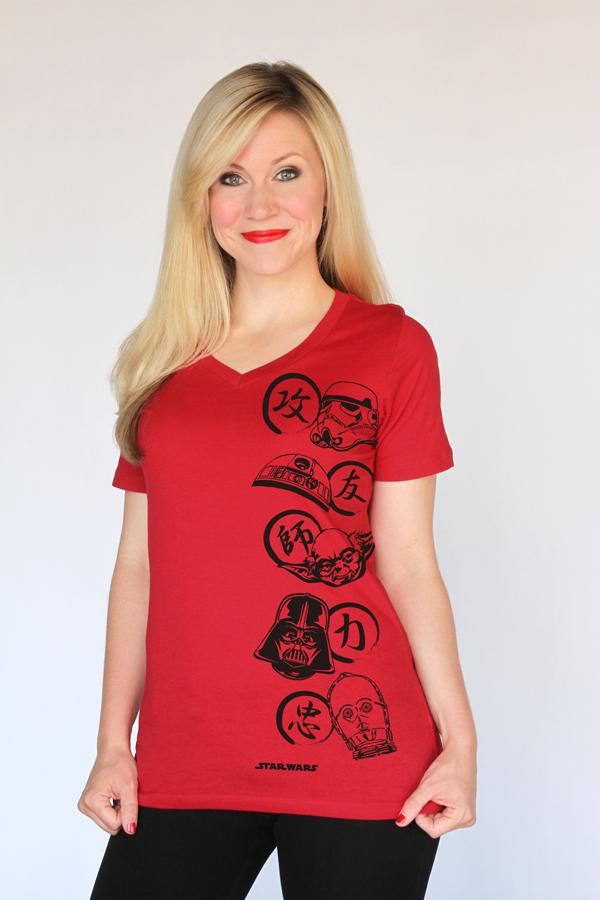 Women have been fighting a battle of equality for decades now. They’ve been mocked. Shunned. And all-around bullied just for wearing their hearts on their sleeve. Or rather, on their T-shirts.

Up until recent years, comic book, video game and sci-fi geeks have pretty much consisted of portly, pimple-faced guys living in their parents’ basements as they stuffed their faces with corn chips. Uh, at least that’s what I’ve heard.

Yes, fanboys have come a long way and have crossed over into the mainstream thanks to some huge Hollywood blockbusters like Joss Whedon’s Avengers or Christopher Nolan’s Batman trilogy. And for a total comic geek like myself, it’s really been a super paradise with all the toys, mugs, T-shirts, etc. that come along with it.

But what about the ladies? They’ve been forced to borrow their boyfriend’s Star Wars T-shirt or Spider-Man boxers. (Stop laughing, it could too happen!) Yep, believe it or not, fangirls exist. And they’re having just as much fun as the guys. And part of that is thanks to an awesome website called HerUniverse.

Sorry, guys, this one’s for the ladies. An online store dedicated to fangirls with geektastic jewelry and clothing made for women. Forget those boxy T-shirts that fit guys fine, but do nothing for the gals. These tops will flatter your figure as much as they’ll flaunt your geek pride.

Rather than tell you how cool all these  items are, why don’t I show you?

Check out this Doctor Who TARDIS Dress! 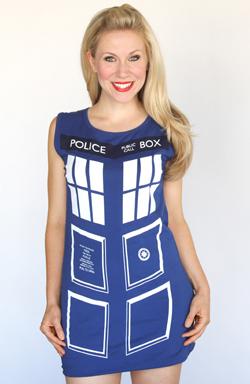 Even fangirls dream of being a princess. And now they can with this Princess Leia Hoodie. 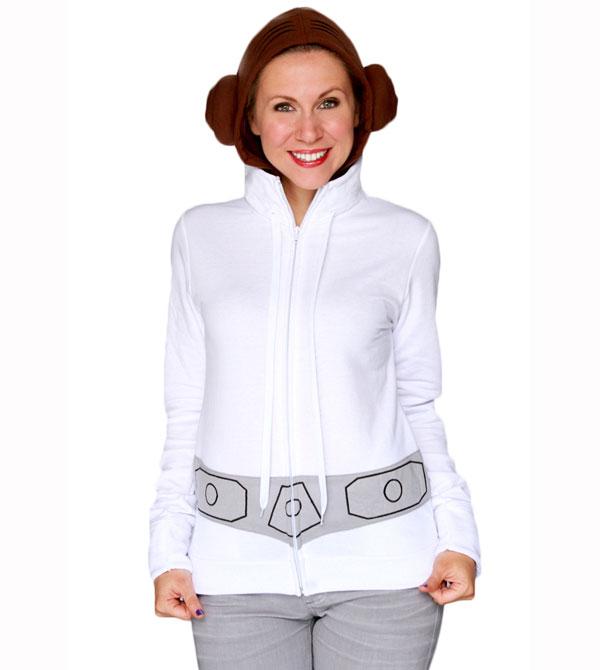 How adorable are these Star Wars Vader PJ Pants? Sleeping with the Dark Side has never been this comfy! 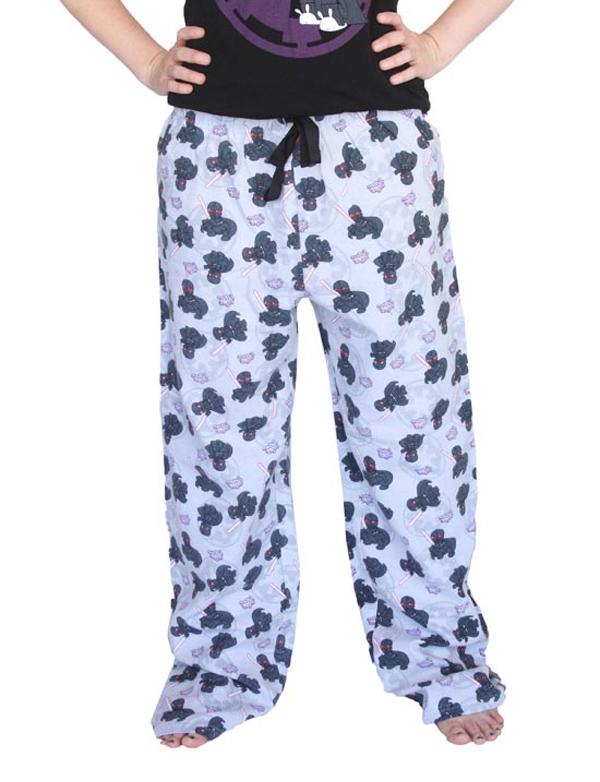 The coolest part of Her Universe? The company was started by Ashley Eckstein, the voice of Ahsoka Tano from the kick-ass animated series Star Wars: The Clone Wars. She doesn’t just play a sci-fi fan on TV, she is one! Take a look:

If I were a girl (and for the record, I am not), I think I’d be hanging out at Her Universe way more than the Gap. For reals.

They have a great site with great-looking merchandise, but how good is the quality? That’s what I wanted to find out, so I contacted Her Universe and they were kind enough to send me a Star Wars Japan Missy Cut V-Neck shirt to review. Well, not for me to review, but for my wife to try out.

Allie hates T-shirts. That’s one of the first things I learned about her. (For those of you keeping score at home, she also hates bracelets.) She does, however, like V-neck tees, like the ones you can find at the Gap or Old Navy, etc. So I had a feeling she’d like this one.

When it arrived, she definitely liked the look. The material is sturdy and really really soft. It held up well in the wash too.
But how did it fit? Let’s take a look! 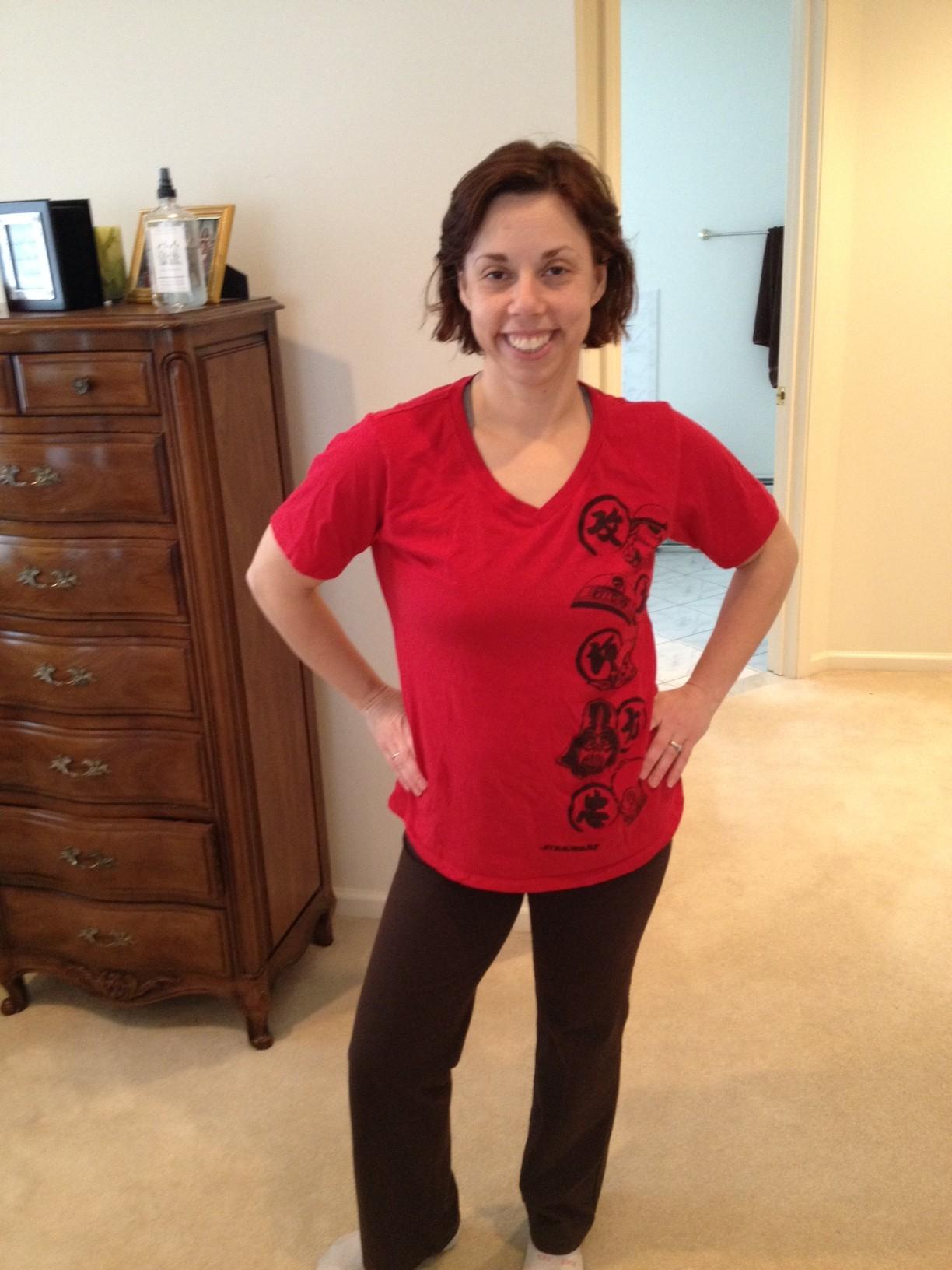 Es bueno! Er, or however you say that in Japanese. And now for a side view… 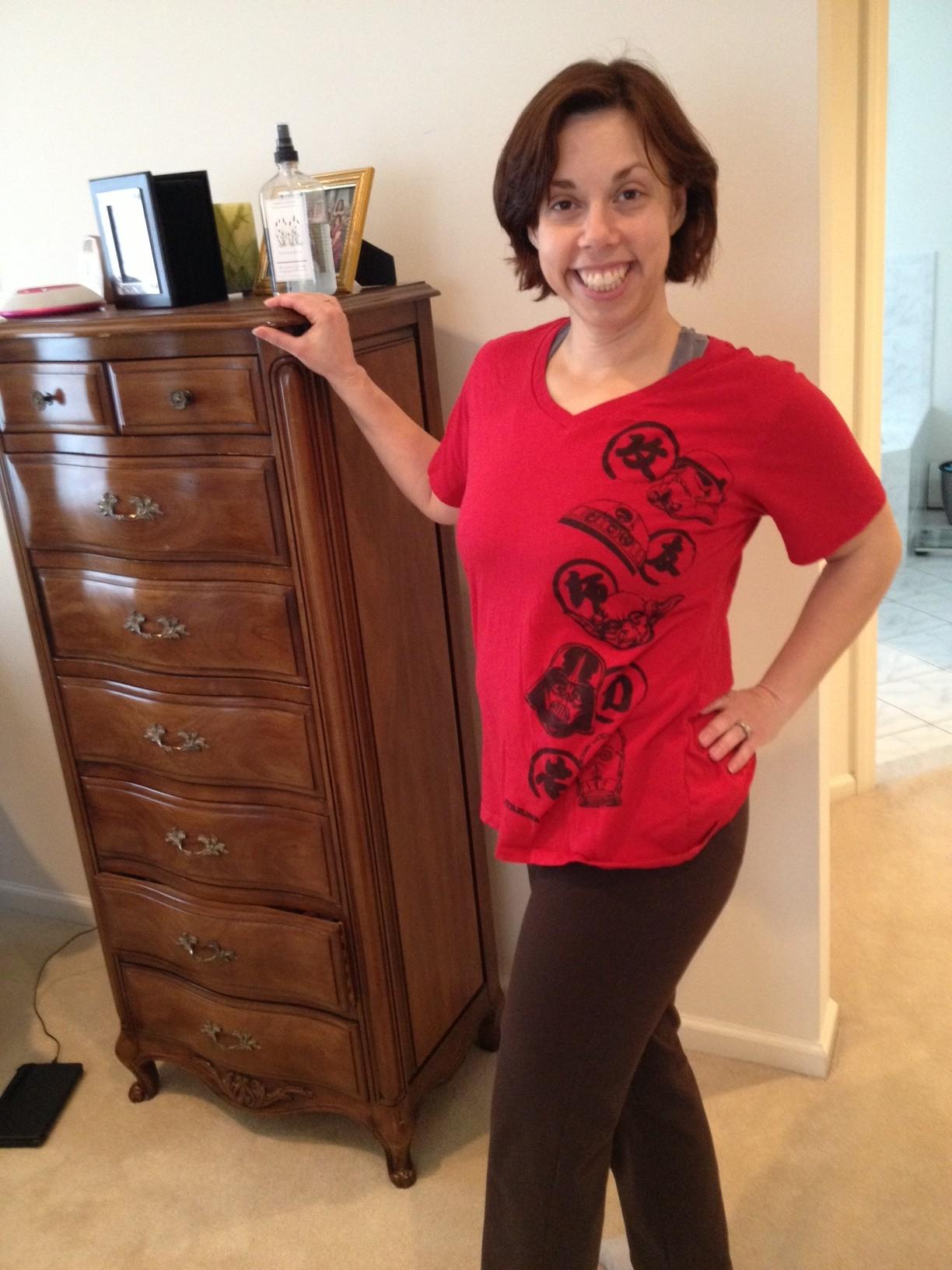 Domo arigato, C3-PO! The shirt’s a big hit and Allie’s worn it more than a few times already. You’ll find loads of great shirts and jewelry at Her Universe, with a wide variety of playful and artistic designs. If you’re into sci-fi or just something unique, definitely check this site out. It’ll quickly become your favorite little place in the universe.

Want to win the same shirt my wife is wearing in the pictures above? (Well, no, not the exact same one. My wife’s kind of using her’s). Her Universe was kind enough to sponsor a giveaway on Mommy’s Busy, Go Ask Daddy!

Giveaway ends on January 23, 2013 at 11:59 p.m. The winner will be chosen at random and announced on this site. Giveaway is open only to legal residents of the fifty (50) United States (including District of Columbia) who are at least eighteen (18) years old at the time of entry. The Winner will be notified by email and has 48 hours to respond or a new winner will be chosen.