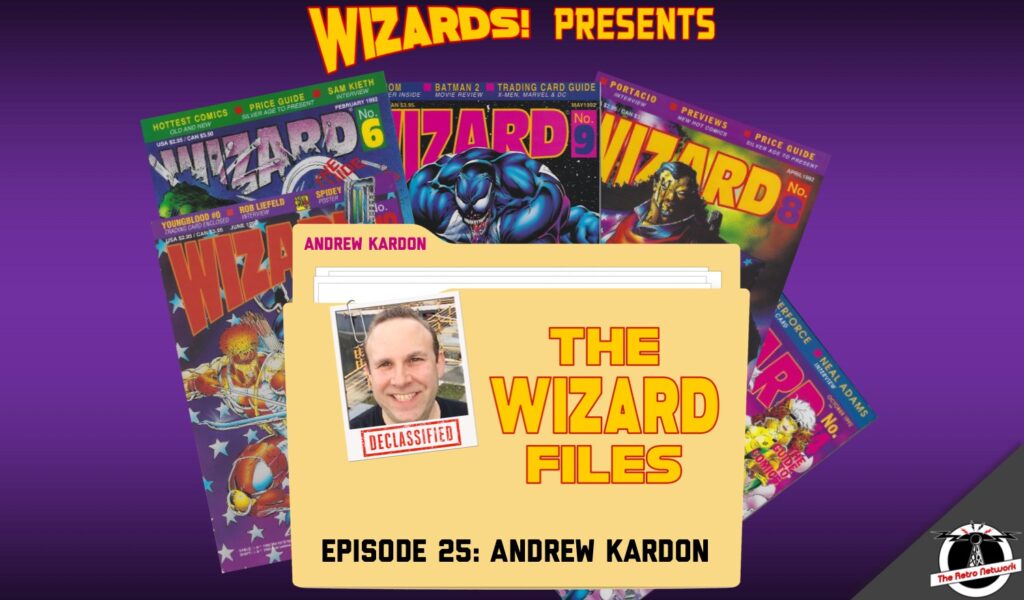 It’s no secret that blogging has been good to this fanboy. Really good.

I mean without this outlet for my creative insanity, I never would have had the chance to interview Chris Evans, Scarlett Johansson or Kermit the Frog.

But what you may not know is that when I was younger, I worked in editorial for a monthly comic book publication called Wizard magazine. For more reasons than one, this was the ultimate dream job.

I was fresh out of college, at my first professional gig. The office was only 15 minutes from home and I spent my days writing and editing articles about comic books.

Sure there were plenty of freebies to go around.

Not to mention loads of free snacks.

I made some amazing friends and learned how to really be a creative writer. Best of all, though, I got to call some of my biggest idols in the industry.

During my tenure at Wizard, I spent time chatting with editors and PR folks for sure, but I also got to call some incredibly talented writers and artists like Mark Waid, Kurt Busiek, Jeph Loeb, Grant Morrison, Frank Miller, Todd McFarlane, George Perez, etc.

These were my comic book idols. And this was back in a pre-social media era. I had their home numbers in my rolodex (yes, a physical rolodex). And when I called, more times than not, they actually answered.

It was surreal and magnificent. Truly a dream job.

I spent roughly eight years of my life at Wizard, working my way up from copy editor to executive editor. The magazine was chock full of absolute geekdom mixed with a fratboy mentality.

The office was exactly the same.

We were a bunch of 20-year-old comic geeks who loved razzing on each other, playing over-the-top practical jokes and debating who would win in a fight Captain America or Batman. (For the record: It’s Cap.)

Wizard magazine wasn’t just a monthly publication. It was also a family. Dysfunctional for sure, but a family nonetheless. We’d poke fun at each other all the time, but really loved hanging out with each other.

We worked hard during the day, but then spent hours together in the office playing Halo on the Xbox or competing in a major Magic: The Gathering tournament in the conference room.

These guys weren’t just my co-workers, they were my friends. 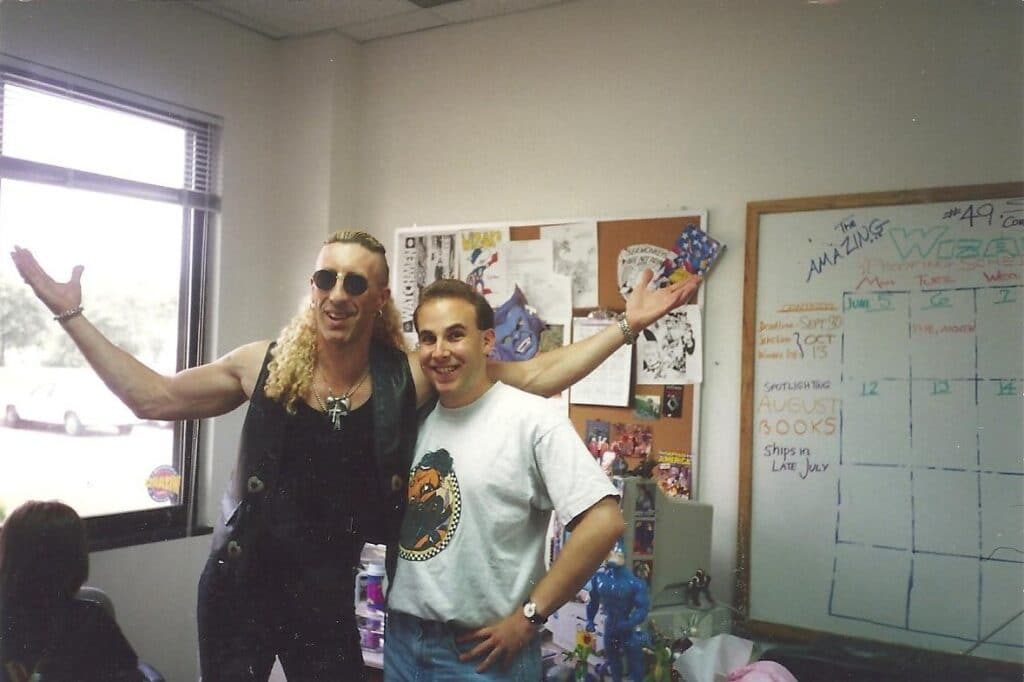 On top of all that, there were two unbelievable celebrity encounters I was involved with.

One was meeting my rock idol Dee Snider, lead singer of Twisted Sister. His son Jesse was a huge comic and Wizard fan and noticed I was a big Twisted Sister fan. One thing led to another and I ended up giving Dee and his sons a tour of the Wizard office.

The other insane memory I have is joining Luke Skywalker himself, Mark Hamill, for a small gathering at dinner during San Diego Comic Con. That was one unforgettable night.

I haven’t worked at Wizard in over 15 years and sadly the publication ended its run a number of years back. Trust me, there are a LOT more stories and history I could share. Heck, I could easily fill a separate blog with just Tales From the Wizard Archives…

But what got me thinking about the old days again was something I never expected.

Something that everybody seems to love these days but I can’t stand.

Wizards the Podcast Guide to Comics 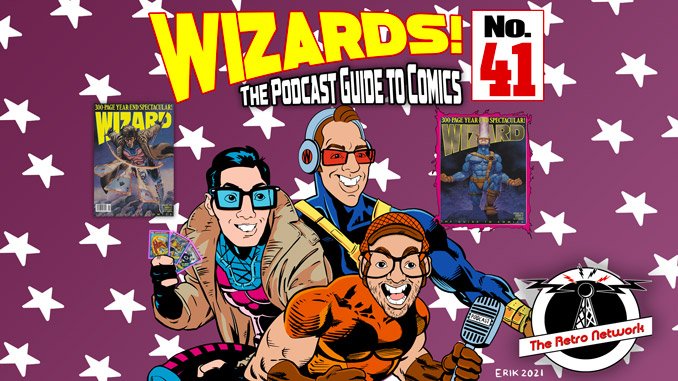 Yeah, everyone and their mother seems to listen to a podcast these days. I’ve tried and just can’t get into them.

That is, until now.

I stumbled upon a podcast called Wizards the Podcast Guide to Comics. It’s three regular guys named Adam, Michael and Steven who spend each weekly podcast talking about comics and specifically Wizard magazine.

These guys were big fans of Wizard and on a weekly basis they now break down an entire issue. To think nearly 10 years after the magazine ceased publication, people aren’t just talking about Wizard, they’re actively discussing it weekly on a podcast.

Wizard fans were always pretty rabid. And that’s why the magazine was so successful for so many years. Our fans became so invested in every little thing we argued about. They loved us and we loved them.

And now, Adam and his friends are keeping Wizard alive.

Besides the weekly issue breakdown, they also do a special version of the podcast called The Wizard Files. In it, they interview former Wizard staff members.

After listening to a few episodes, I commented on their Wizards_Comics Instagram posts. Adam reached out to me and before I knew it, I was being interviewed for his podcast.

If you want to learn a lot more about my time at Wizard and the full story of how I met Dee Snider and Mark Hamill, definitely listen to The Wizard Files: Episode 25 podcast.

Thanks again to Adam for having me on his podcast. I’m actually looking forward to listening to more episodes with other Wizard staffers. It’s nice to relive those glory days but it’s also great to see what the rest of my family is up to these days. 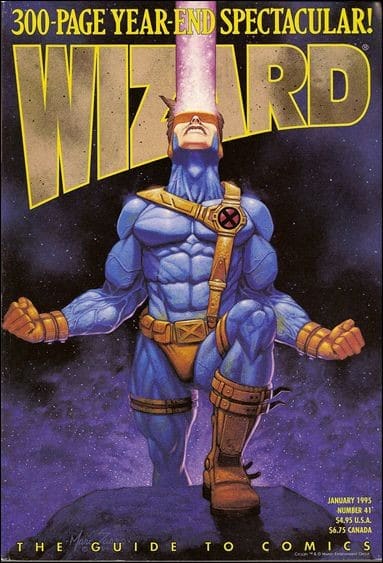 Do you remember Wizard magazine?