Without question, Jason’s favorite character from the Super Mario Universe is Toad. But after that, I’m not quite sure. He loves just about all of ’em but I have a feeling Yoshi’s up there on the list.

After all, Allie made him a Yoshi costume from scratch for Halloween a few years ago. (It didn’t help that the very next year, an official Yoshi costume was available for purchase.)

We’ve got a slew of different colored Yoshi stuffed animals all over the house. And Yoshi always gets a cheer from the crowd when he shows up in Super Mario Bros. Wii!

So when Yoshi’s New Island came out, Jason definitely anted to get his Nintendo-thumb paws on it. Thankfully, I was given a copy for review and Jason was more than happy to test it out for me. I gave him one rule, though: If he plays any Nintendo games I get for my blog, he has to do a video review for me.

Yeah, without skipping a bit, he agreed. 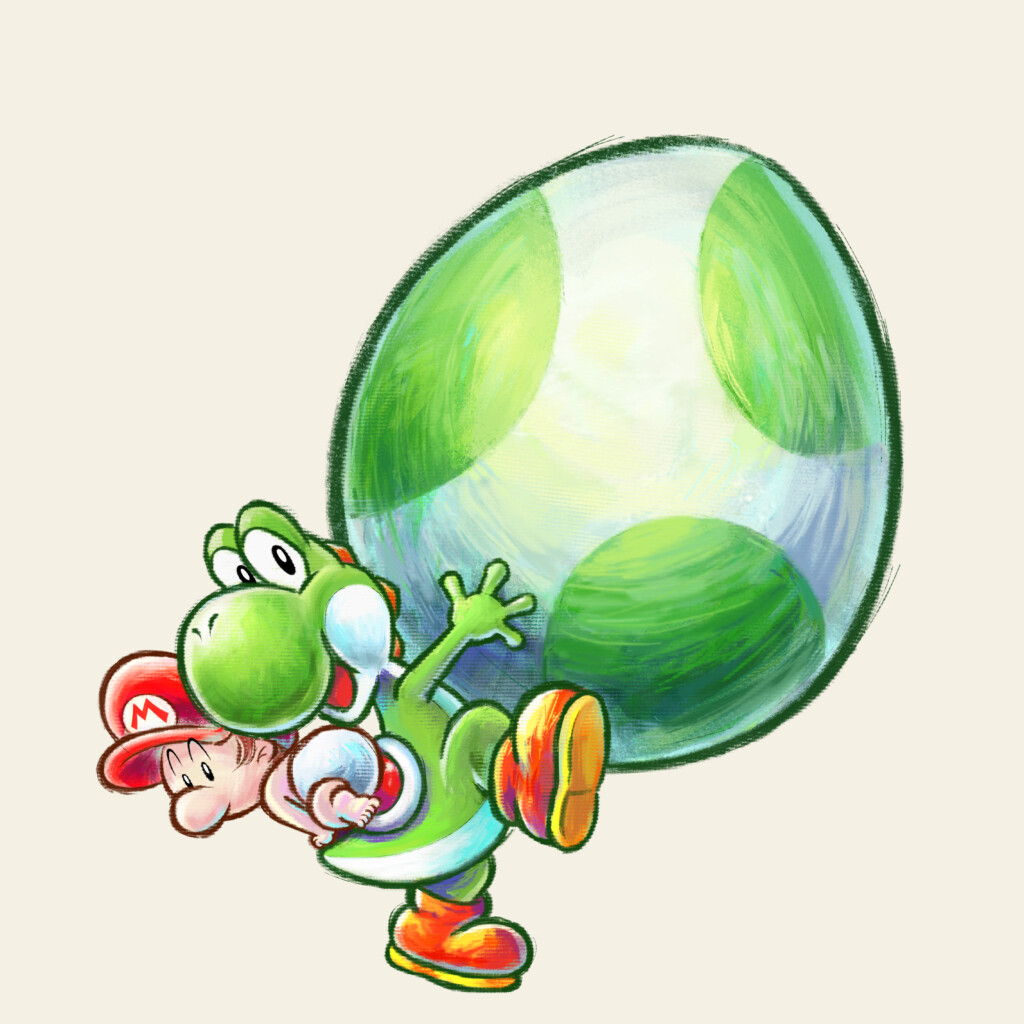