British-born actor Paul Bettany is one lucky guy. For starters, he’s British so he has that really cool accent. Then there’s the fact that he’s married to actress Jennifer Connelly. He also gave voice to Tony Stark’s computer called J.A.R.V.I.S. in the Iron Man and Avengers films, followed up by embracing the role of Vision.

Yet being in the biggest blockbuster of the summer, Avengers: Infinity War, apparently wasn’t enough for Bettany. He also went ahead and took on the role of brand-new villain Dryden Vos in SOLO: A Star Wars Story. So yeah, the A Beautiful Mind actor (where he worked with Ron Howard) is starring in this summer’s two biggest films. Lucky indeed, except it’s more than that clearly.

Bettany is an outstanding actor who happens to be a very grounded individual. During a recent Disney Blogger trip dubbed #HanSoloEvent, myself and two dozen bloggers sat down with the actor to learn a bit more about himself and the new villain he plays. Hilarious and very down to earth, Bettany went on to talk about his love for his family and how he’s most proud of his children for always saying please and thank you. Conversation (rather than tablets and smartphones) is his family’s forte and because of it, Bettany sees a real confidence within all his children.

The actor explained that when his family flies, they all fly together and they fly in coach, not first class. The reason? One time in first class his son started complaining about the seats, so Bettany wouldn’t have any of it and brought his son right to coach. They’ve flown it ever since.

“My kids are really aware of their privilege,” said Bettany. “I want them to know how rare this situation is and to prepare them for a life in which they can, hopefully, give back in a way that we’ve all received.”

Here are 5 things I learned about Paul Bettany and his role as Dryden Vos:

#1 Paul Bettany was crazy excited to be in this movie

On his first day of shooting, Bettany was on set walking down a spiral staircase when an R2 unit zoomed past him with champagne flutes. It was that moment that it hit the actor he was truly in a Star Wars film.

In Marvel’s mega hit Avengers: Infinity War, Bettany played the human-like android The Vision. But at the same time, he was filming his scenes in SOLO. Both Lucasfilm President Kathleen Kennedy and Marvel Studios President Kevin Feige were both real accommodating to the actor, allowing him to fly back and forth to shoot for both movies.

“There were times when literally,” said Bettany, “the makeup crew on Star Wars were finding bits of purple still on me from playing Vision, which doesn’t speak well of my grooming habits. The amount of work it takes to get that stuff off…”

#3 Dryden Vos is a total entrepreneur

When it comes to Star Wars villains, Bettany’s Vos has some serious competition. Darth Vader, anyone? But that didn’t phase the actor who wanted to try something different. Since SOLO is more of an offshoot film than the main Star Wars storyline, he felt he wasn’t encumbered with the same set of responsibilities that the main franchise deals with.

“There is the possibility to have a more playful tone,” he said. “So, I really wanted to sort of be quite loose with it. He is an entrepreneur. He knows who he is and is super happy about it. He has no problems being bad. I mean, he’s really, really gifted at hurting people. And some people are gifted at playing the piano or whatever and he’s really gifted at torture and murder. And he’s really okay with it and that’s really fun to play.”

#4 Paul Bettany begged to be in SOLO

Back in 1977, Bettany saw the original Star Wars movie in theaters in a dismal, depressed city of London. The actor fondly remembers being taken away from it all and into this amazing new universe. Star Wars has always had a special place in his heart. So how did he land this dream role?

“This is a hugely embarrassing story which I shouldn’t tell you but I’ve got to tell you anyway,” he said. “I’m in the Avengers so I think there’s no way I’m ever going to be asked to be in Star Wars… unless Ron Howard becomes the director. And that happened. So I texted him and I literally texted him this, ‘Hey, Ron. Have you ever spent long winter evenings like I have wondering why you’re not in the Star Wars franchise?’ And two weeks later I was flying to London to shoot it.” 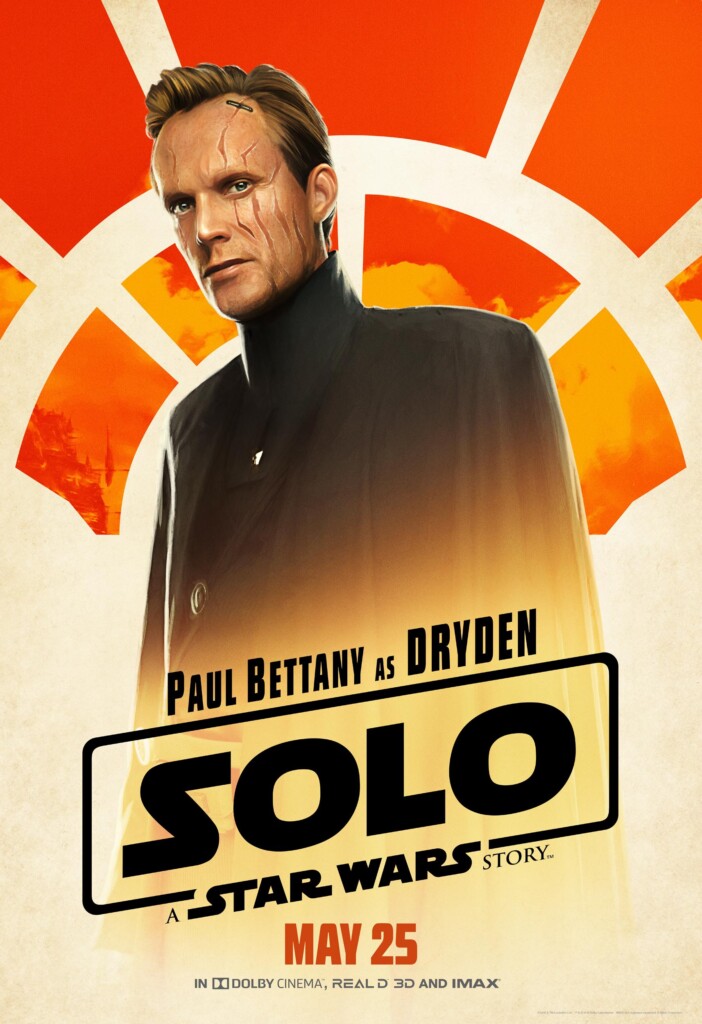 #5 Paul Bettany’s kids have sat in the Millennium Falcon

As a dad, it’s really tough to compete when there are folks like Paul Bettany around. One of the actor’s favorite memories from shooting SOLO was that he was able to bring his children and friends’ children on set to tour the Millennium Falcon. Yeah, talk about Take Your Kids to Work Day. 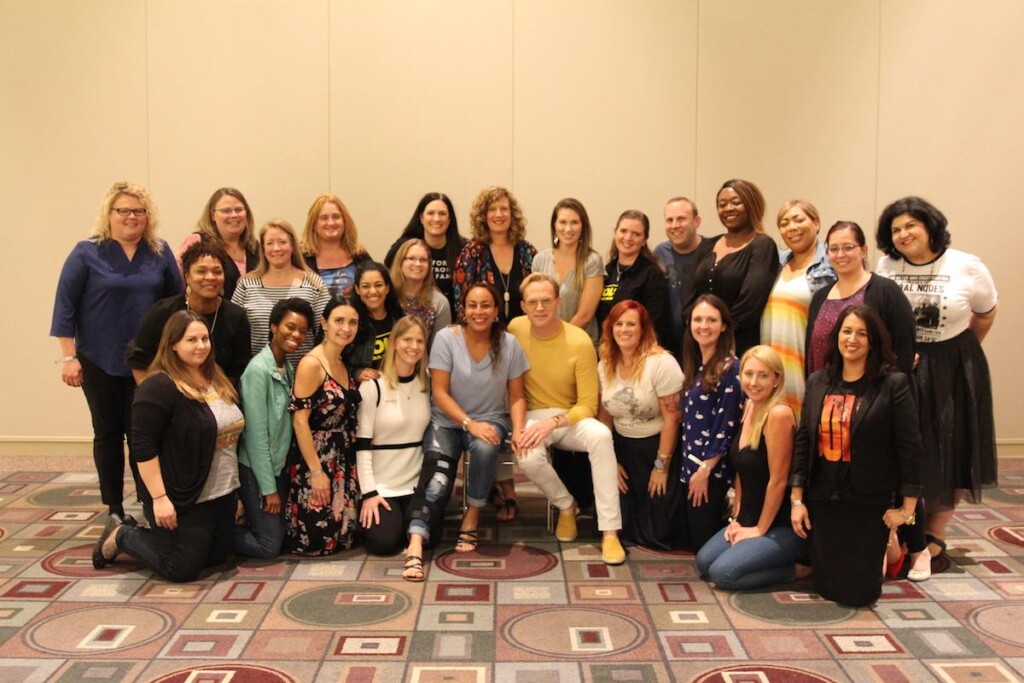