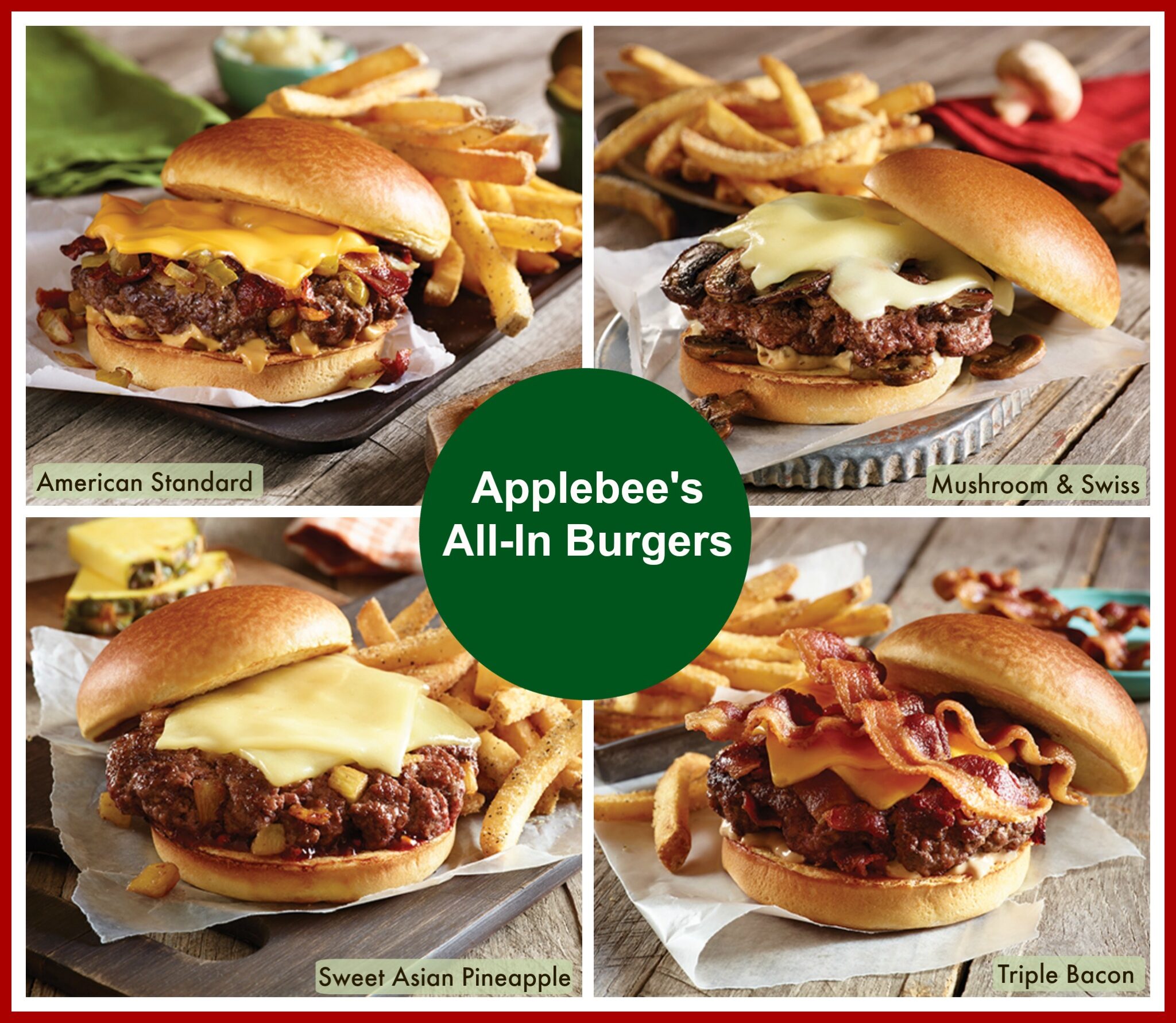 Disclosure: I have partnered with Life of Dad and Applebee’s for this promotion.

I have a friend name Mike. He was my first roommate after college. Now, besides being the hairiest person on the planet (that’s a post for another day), one thing about him has always stuck with me: Mike doesn’t like food in his food.

In other words, he likes his food simple. Me? I’m the opposite. I’m mix and match just about anything under the sun to see if it makes for a great combo. The more “stuff” inside my food, the better! A basic dumpling is nice. Stuff it with scallions and some other veggies, even nicer. Toss in some beef or pork and now you’re getting somewhere. Or heck, stick a few chicken nuggets on top of your pizza.

I’m a mixer, I guess. I love food in food. Food on top of my food. Food under my food. However you want to stack it, I love it. The more unique the better.

So when I was recently asked to try Applebee’s new All-In Burgers, my mouth said yes before my brain even processed the question!

What’s an All-In Burger you ask? Good question! Basically, they’re 100% all beef with a variety of ingredients seared and smashed right into the ground beef. So instead of having bacon, pickle or mushrooms sitting on top of your burger… they become the burger! Very Zen-like I know.

There are currently four All-In Burgers on the menu:

What better time to try these new burgers out then on a Friday night? So I grabbed Allie and the kids and headed to the local Applebee’s. We quickly got our seat, opened the menus and then my mouth started drooling. Good thing they cover menus with plastic, right? 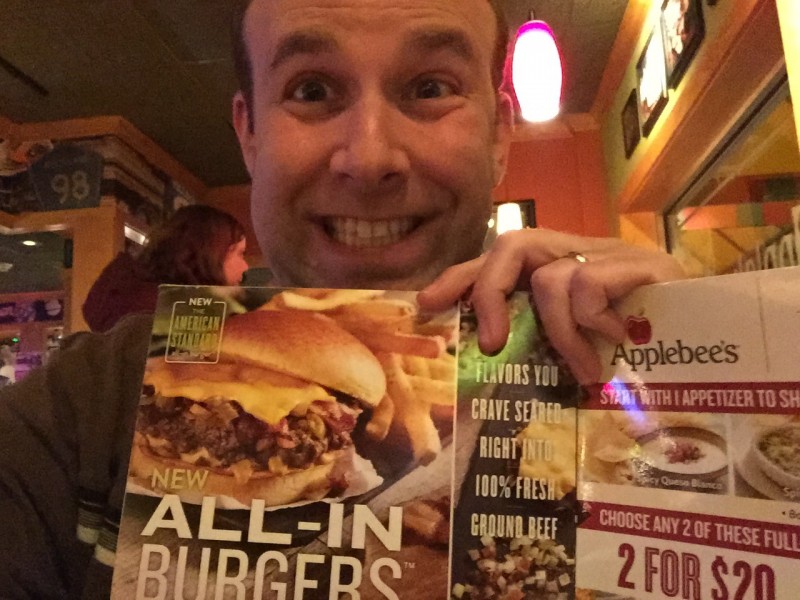 I was very tempted to try the Mushroom & Swiss Burger, but I thought for my first All-In burger, I should go with the most straight-up one. So I ordered the American Standard Burger. It’s your typical cheeseburger with onions, pickles and bacon… except, it’s anything but ordinary. All those ingredients are diced up and mixed in with the ground beef to create the All-In Burger. 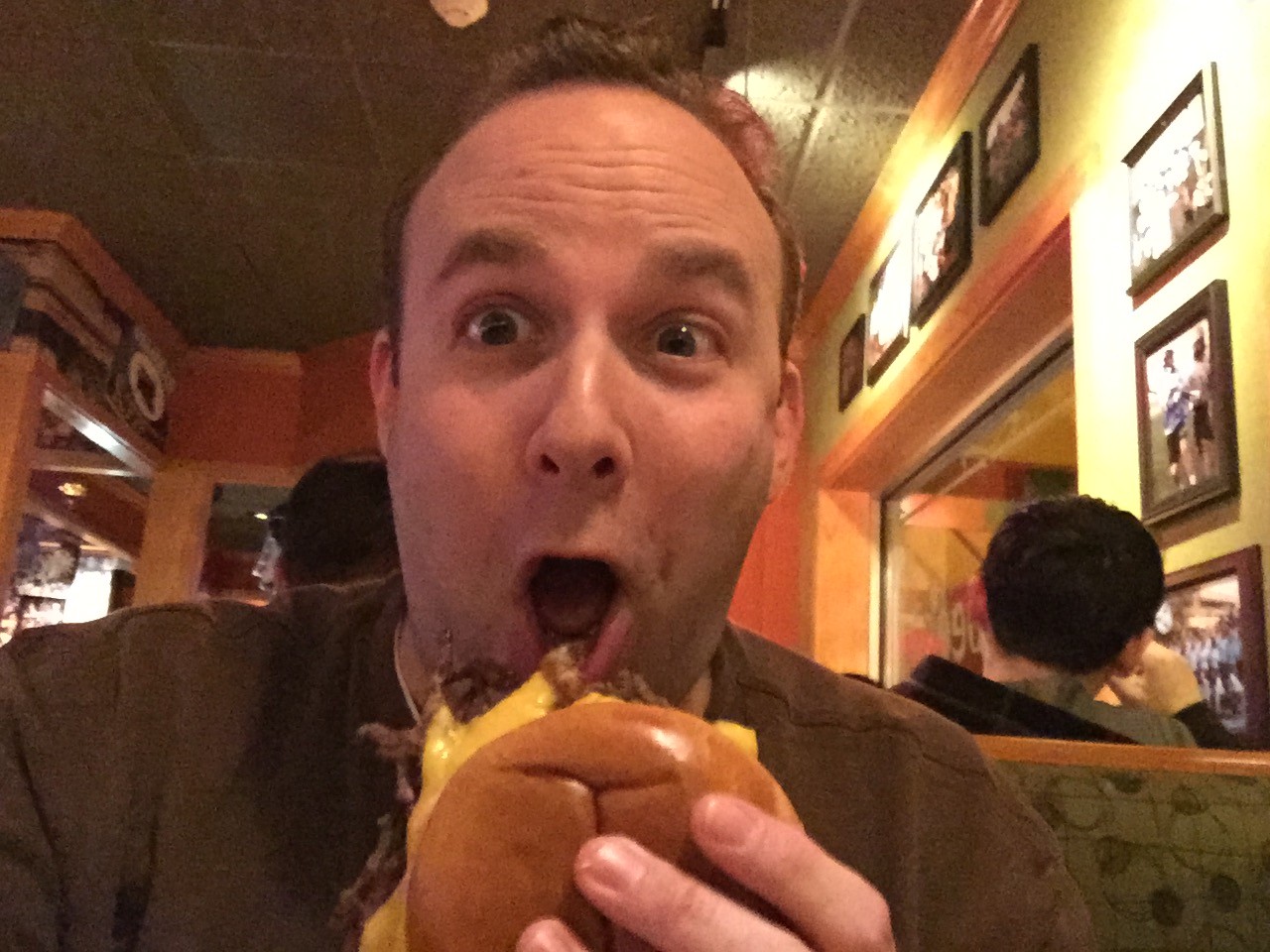 Of course, I had to take a #BurgerSelfie before taking my first bite. And was happy to see that Applebee’s was with me all the way, following my progress on Twitter even!

I dove in and, seriously, it was Love At First Bite! OMG this thing was delicious. I’m not a fan of gigantic burgers, so the thinner the better. These were the perfect thickness, and I kid you not, they were super-packed with flavor. Moving all those ingredients to inside the burger really makes a difference! 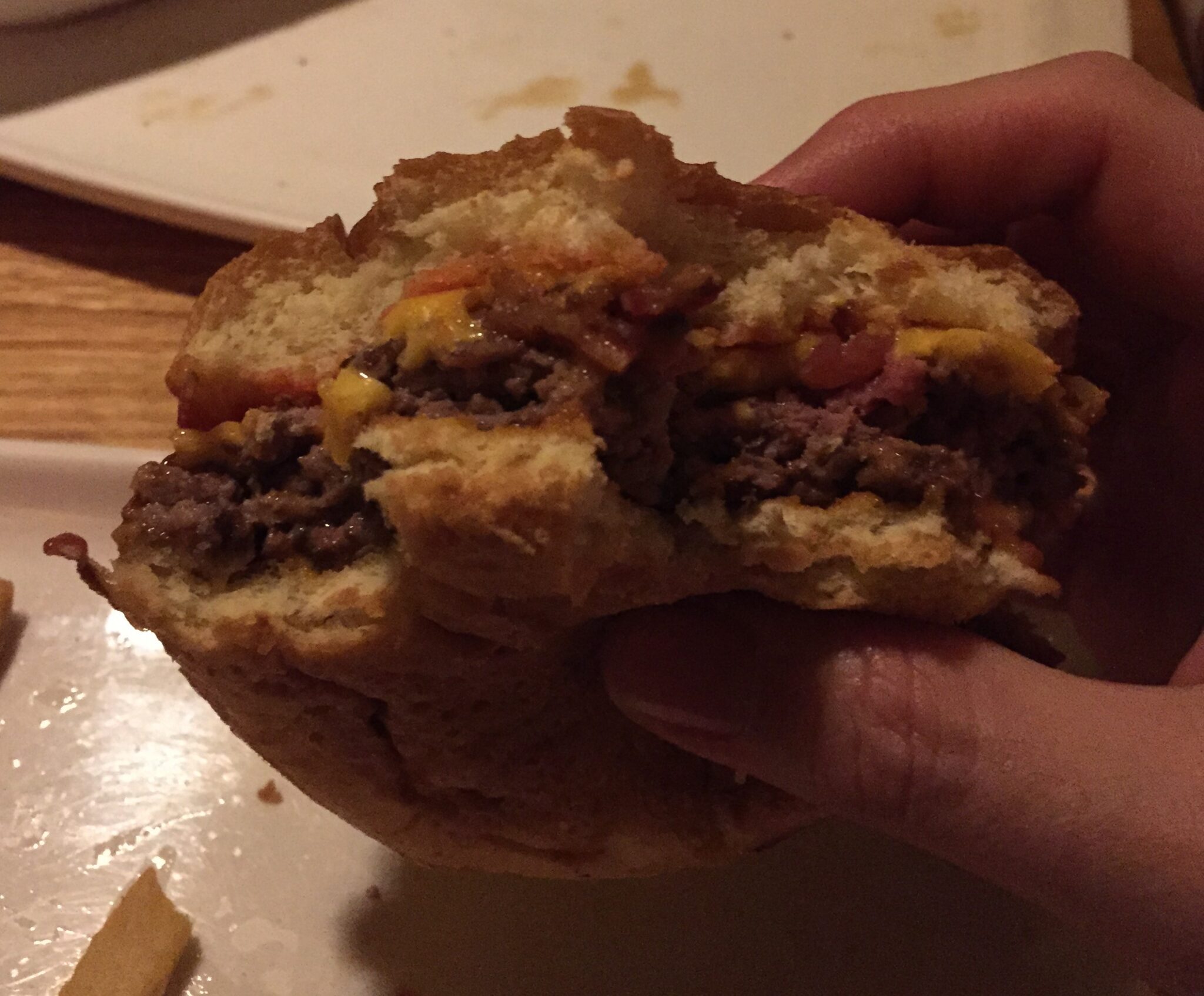 It’s actually a bit hard to describe, as it’s not like any one ingredient really stuck out. I wasn’t taking one bite and saying, “Oooh, there’s the bacon” and then another bite with “Ah, and there’s the pickles.” It was more like all those ingredients were transformed into one mouth-wateringly delicious new ingredient. There was also a Signature Sauce mixed in, which had a real nice flavor and just added to the juiciness of the All-In Burger.

I like to think of myself as an All-In Dad too. Well, no, I don’t think I’m full of bacon, pickles and onions (recent Applebee’s visit aside), but I do like to go All-In with my kids. If we’re playing a game, I’ll dive right in and really get to know the video game they’re playing. Or if my kids are roughhousing on the couch, I’ll grab some pillows and just dive whole hog right on top of the mess.

Man, just talking about all that running around is making me tired. And hungry. I could so go for another All-In Burger right about now. Who’s up for joining me?

If you do head over to your local Applebee’s to try an All-In Burger, be sure to snap a #BurgerSelfie of your own! But first, sign up to become an Applebee’s Fantographer first, so they can follow along and cheer on your burger awesomeness.