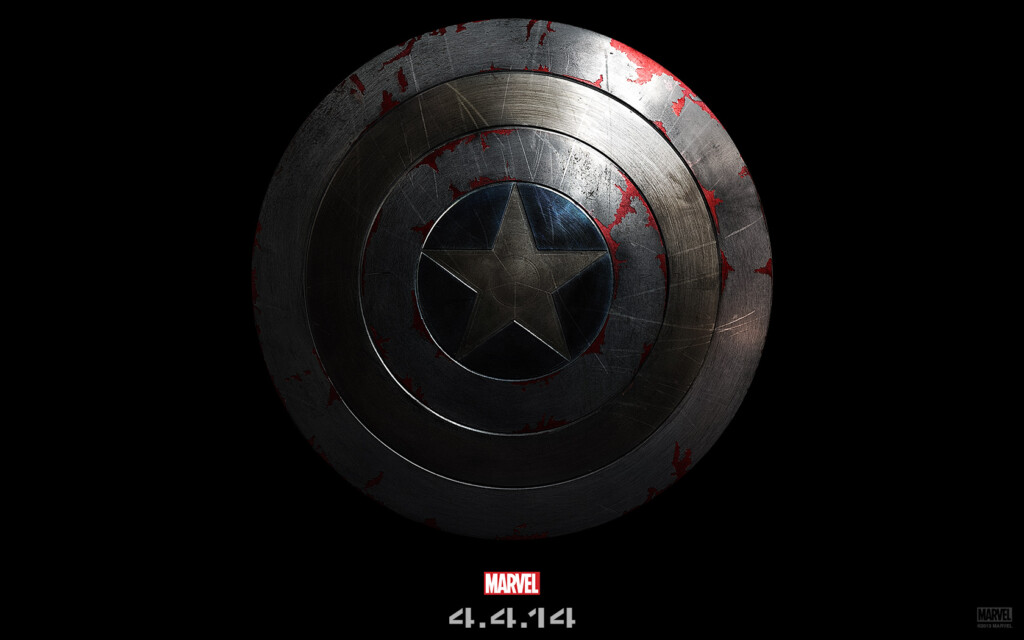 In just 1 week, I’m off to L.A. for a star-studded few days of blogging paradise!

Yes, I’ll be attending the Muppets Most Wanted Red Carpet Premiere (AHHHHHHHHHHH!!!!), along with 25 awesome bloggers, but we’ll also be attending an early screening and press junket for Captain America: The Winter Soldier! (Double AHHHHHHHHHHHHHHHHHHHHH!). It’s not all fun and games, though. Uh uh.

This weekend I finally did my homework. All bloggers attending were handed the assignment of watching The Muppets, Captain America, and The Avengers movies if we hadn’t seen them before. Since I only saw each of those roughly three or four times apiece, I felt I was obligated to give them all another viewing.

Last week, we caught The Muppets on TV, but this weekend, I pulled out the Blu-rays for Captain America and The Avengers! 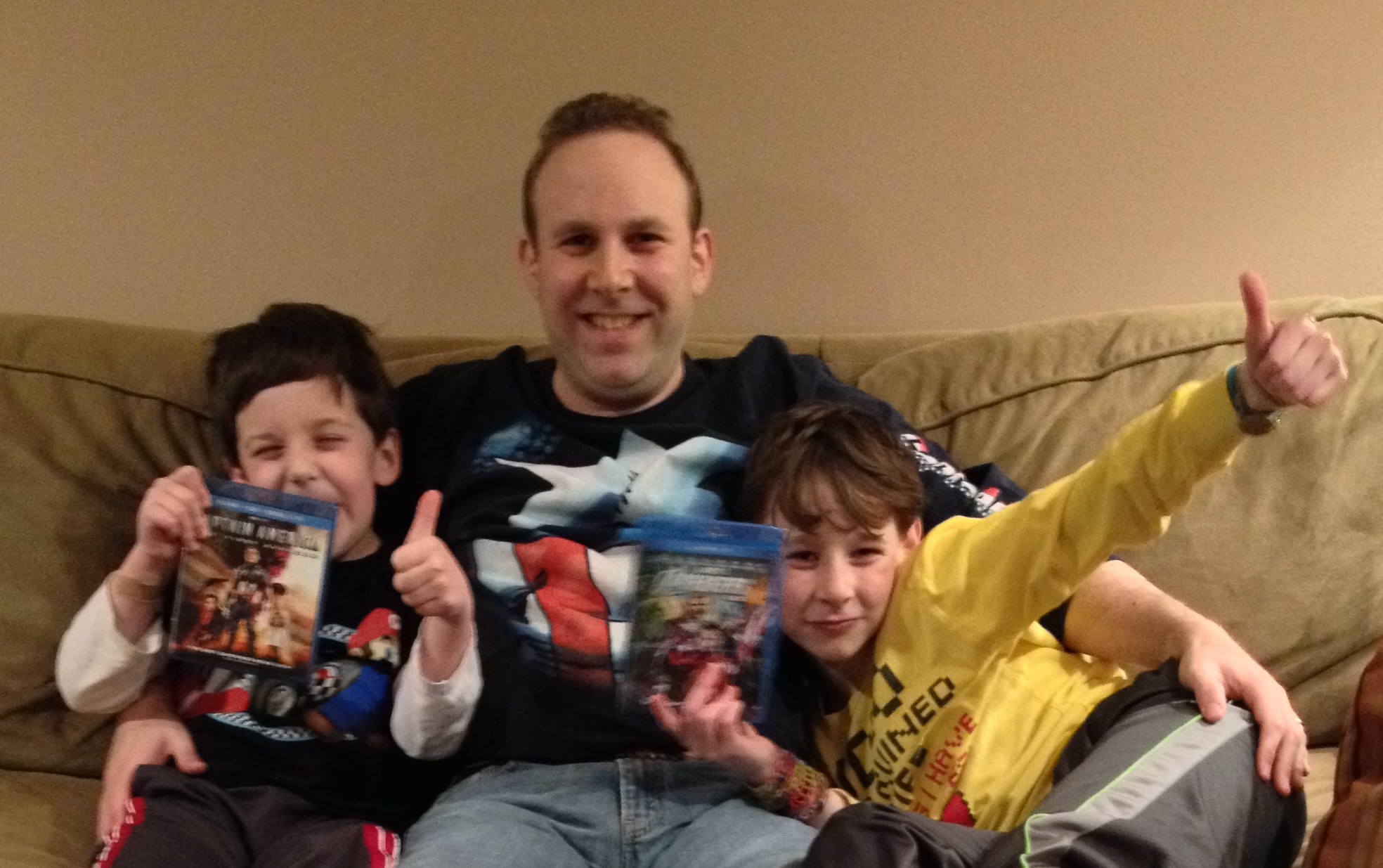 For once, Jason and Ryan didn’t mind doing homework either, especially since it didn’t involve writing any essays. I just love these Marvel movies and need to pick up Iron Man 3 and Thor 2 to be caught up on owning them all. That’s only because I scored the super-mega-awesomely-unbelievably-cool Marvel’s Cinematic Universe: Phase One Collection for my birthday last year.

This thing is jam-packed with special awesomeness including case files on each Avenger and a real working Tesseract! (See, I altered reality to make sure I was invited to the Captain America: Winter Soldier screening. What, you thought I was actually picked?) 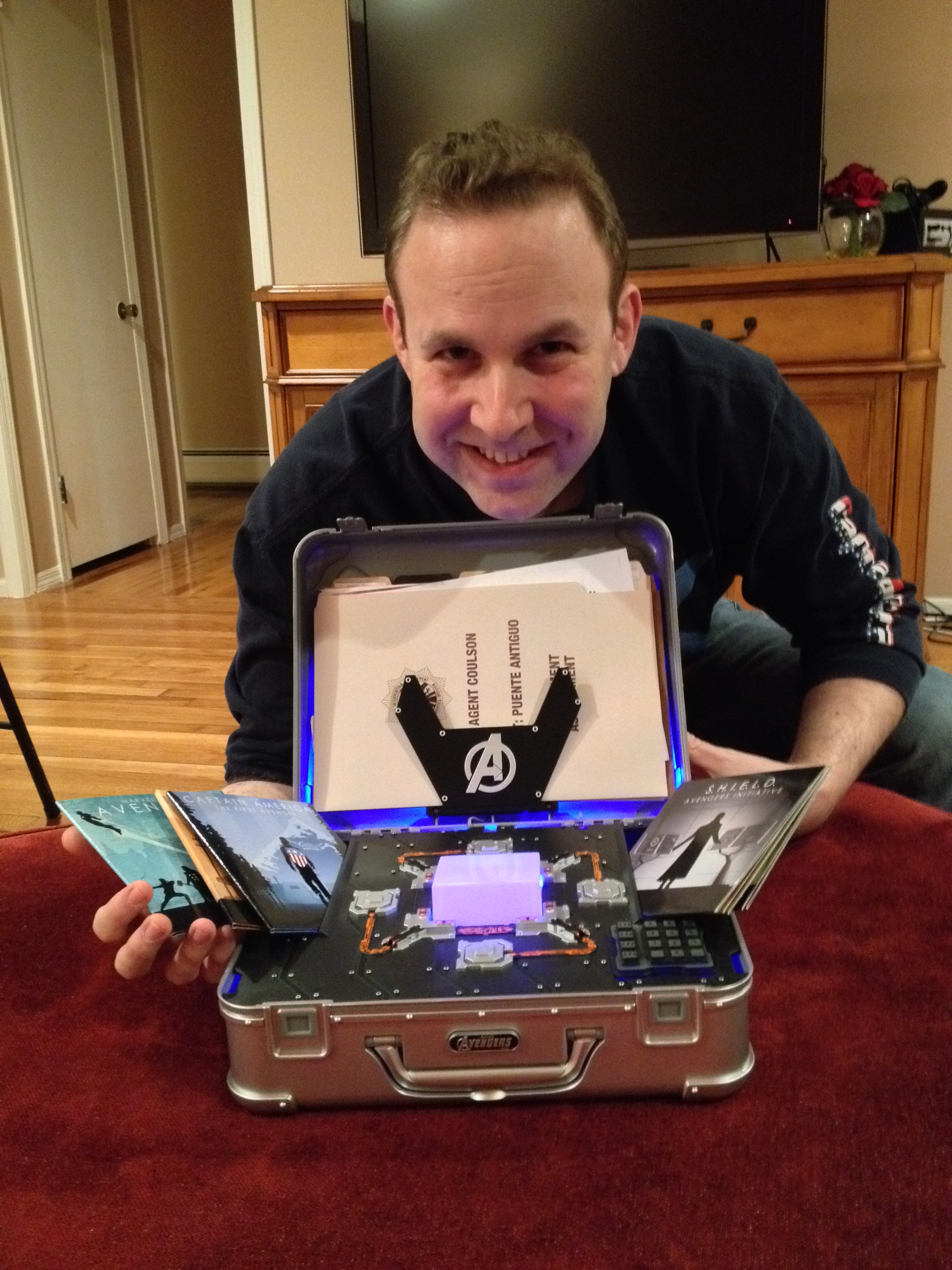 While I’ve seen all the movies in here, I still have to get through all the super cool specials on all the discs and in the additional files and DVDs. And I’m really hoping they make a Phase Two Collection! Not sure what it’d look like, though. Ooooh, maybe an Infinity Gauntlet, perhaps?

So now that my homework’s done, I’m ready for my Captain America: The Winter Soldier briefing! And, uh, if I need a little extra help, maybe the Black Widow (my soon-to-be BFF Scarlett Johansson) can lend a hand.

12 thoughts on “My Tough Weekend Homework Involved Watching Cap and the Avengers! #CaptainAmericaEvent”